Cyber Monday deal back to California 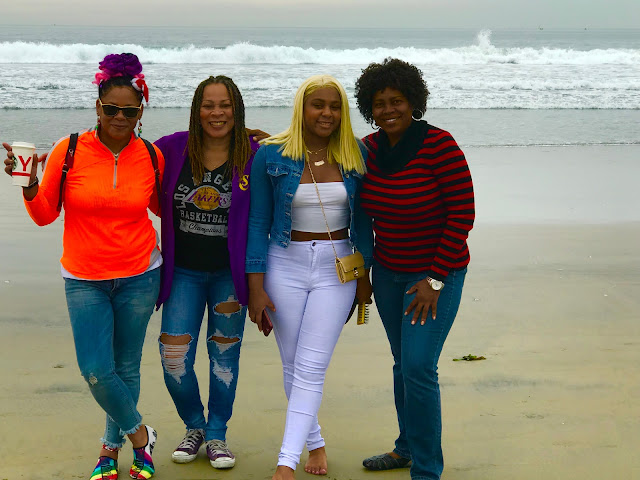 Came across a great Cyber Monday deal from ATL to LA and a week and a half later my daughter and I were off to the west coast.  California is the first US state that I lived in and I used to spend my teenage years summers there so I consider Cali home (along with Panama, Atlanta, and Miami). If you happen to find yourself on the west coast with a lot of time to kill, below are plenty of ideas to  occupy your time!


I told my Cali peeps that I know they are gonna think I’m crazy, but I would prefer to take public transit vs them picking me up. I love being able to maneuver around the cities that I visit without a vehicle and also people not having to endure traffic on my behalf. 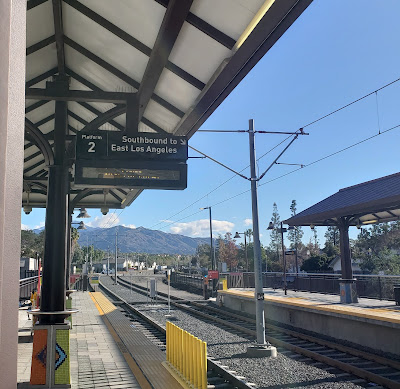 LA 's Metro train system is so cute, most of the stations don't even have a gated entry, its like "We want you to pay, but if you don't got it, we are ok with it." lolololol Anyway its a very extensive train system, sadly it doesn’t go to the LAX airport YET (soon come) there is a $10 Airport Flyer shuttle that takes you to a couple different places in LA. Upon landing we needed to get to Union Station so I could get my daughter on an Amtrak train to San Diego (My daughter wanted to go to San Diego so see her cousin Gabby and half-sister on her dads side).  The Airport Flyer runs every 30 min and I got tired of waiting after about 7 min and called a $26 uber, not bad since I was gonna pay $20 anyway.  I haven’t been to San Diego in like 10 years, but the last time I went, we flew directly there and then I rented a car and drove to LA.  I don’t really like driving anymore so I googled transportation options: (1)  Rent a car – NO!; (2)  On the east coast we have the cheapo transportation option Megabus (it’s a more respectable version of the Greyhound) that travels everywhere.  Cali has Flixbus which has $5 buses between San Diego and LA.  (3) The Amtrak which runs along the coast and has beautiful views of the ocean *Winner Winner Chicken Dinner*  Amtrak was about $30, but if we had been traveling on the weekend it would have only been $10.


I told my aunt Chris that I would be make my way to her house via the LA Metro train, but she happened to be in the LA area and had lunch w/ us at a little cafe on Olvera St. before my daughter zoomed off to San Diego. Olvera is a Mexican Marketplace that is a long, narrow street with lots of restaurants & shops about one block from Union Station.

My aunt lives outside LA surrounded by the Cali mountains.  The mountains were so close, I felt like I could just reach out and touch them. It was so beautiful, mountains make me think of Panama *mi corazón = mi heart* My aunt is a DIE HARD Lakers fan and I have to shout out the Lakers Suite that I stayed in at her house.  This photo doesn’t even capture 40% of her Lakers memorabilia. I love that someone loves their team as much as I love mine.  I guess being a fanatic runs in the family. 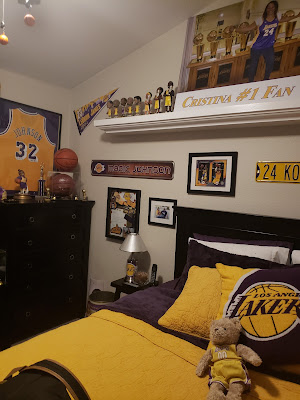 The next morning I took a $3 uber to the train, then a $5 / 2 hr train ride to see my Cali ace Amber in Long Beach. We’ve been friends over 10 years so anytime I’m in the LA area you can probably find me linked up with her.  She is always such an amazing host, always has the fridge stocked fulla Champagne and Bacardi. She has the cutest little beach house with an enchanting view of the bay, I felt like I was in a Norman Rockwell painting.  As I sipped my champagne on the couch I could see the sailboats sailing by, it was so serene. 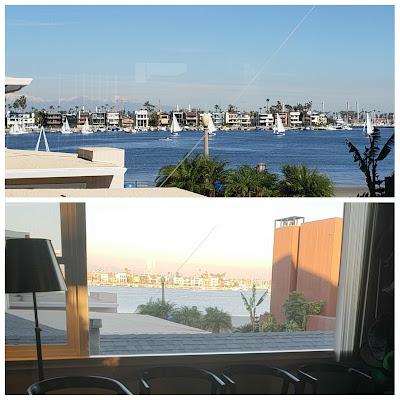 Younger Panama and Amber would head to downtown LA or Hollywood when I was in town and party the nite away until the time difference caught up with me and I passed out, the new older us kept it local and I loved it cause I was in bed at a respectable hour.  Ima tell yall a little secret… 41 year old me can’t hang like I used to, don’t let social media fool you.   The first nite we drank next door in Seal Beach while watching the Christmas parade (1) I love parades (2) I love Christmas (3) I love drinking… again Winner Winner chicken dinner. 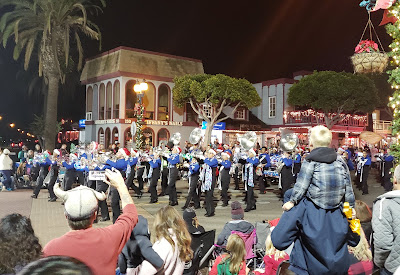 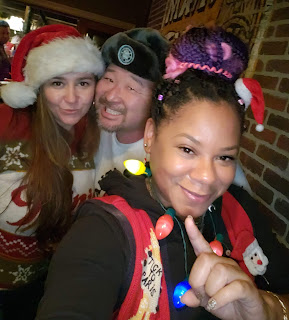 They took me to brunch the next day at their favorite spot called  *The Breakfast Bar*, if you don’t know bottomless mimosa brunch is my life.  Amber had a Christmas party at her place that evening, we took a quick time out to see the Naples Xmas boat parade right outside her house.  That was a first for me, but I felt like a little kid cause I was so entertained by the highly decorated boats.  It was a little chilly this trip, but they promised to take me out on a boat next trip (guess I gotta come back in the spring/summer) I didn’t take any pix at the Xmas party, but a good time was had. 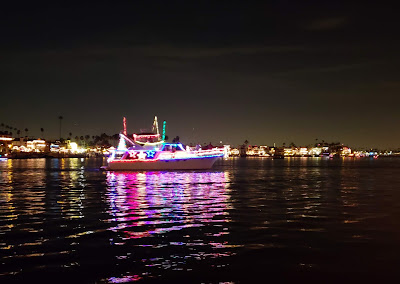 The next day we headed off to one of their local watering holes at 10am to watch football. Reminds me of the time I was in Hawaii at a sports bar at like 7am getting litty while watching football. 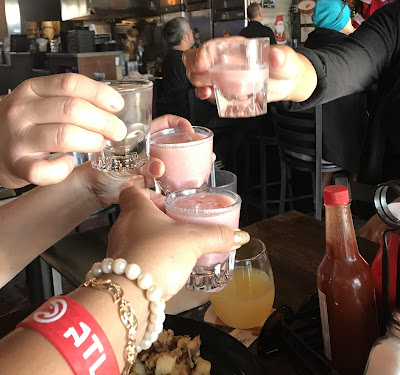 Any who, my Atlanta Falcons were getting slaughtered so I hopped on the train and headed back to my aunts side of town to link with my fam at Dave & Busters.   I haven’t been to Dave & Busters in years, but not gonna lie I had a really good time playing games and watching football games that I wasn’t emotional invested in. 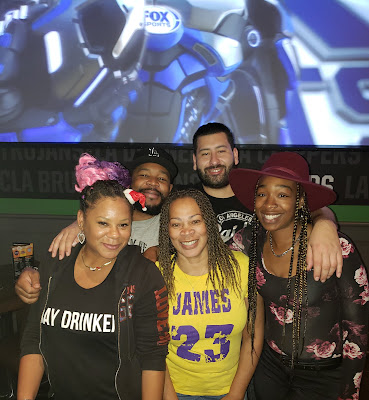 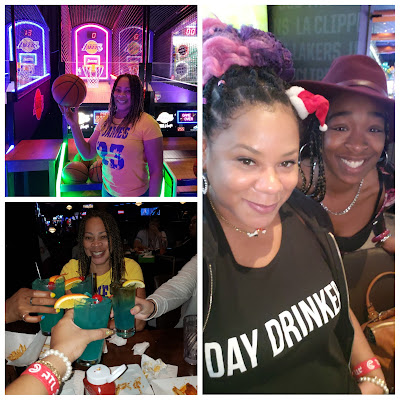 That evening my cousin Amber (yes another Amber) who works at the W Hollywood invited my aunt & I to come through for jazz nite.  Turns out that it was Jazz Nite - Christmas Edition, once again *WINNER WINNER CHICKEN DINNER*  I don’t even wanna guess how much the drinks at that  W cost, but cousin Amber kept the drink tix coming and I was hydrated and in musical heaven. 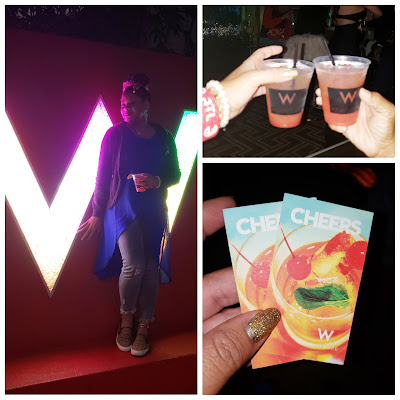 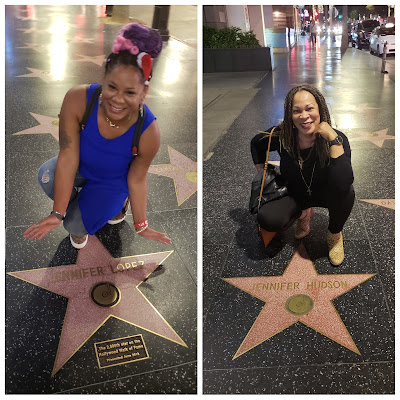 We all got up at the crack of down and drove down to San Diego, I had planned on taking the Amtrak, but Amber and Aunt Chris decided to drive down for the day.  We linked up with my Aunt Sonia (the aunt I used to spend my teen years L.A. summers with) her daughter Gabby and my daughter and we spent the afternoon on Coronado Island playing in the Cali snow aka sand at The Del hotel, the Del is apparently a famous hotel that may or may not be haunted that you should visit should you find yourself in the San Diego area. 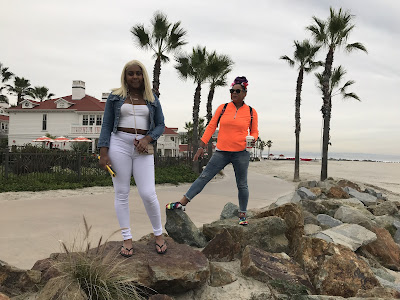 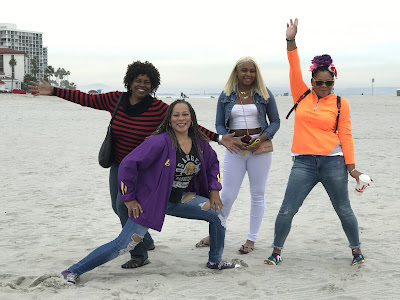 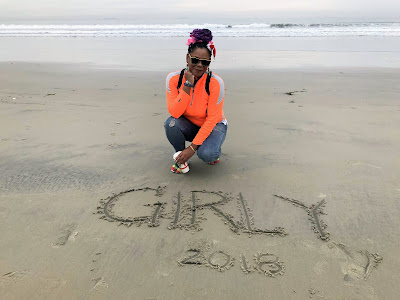 That evening got to explore & see the beautiful Xmas lights around downtown San Diego and Sea Port Village. 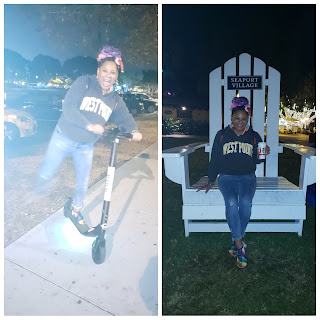 The next day we took a road trip to Tijuana, Mexico something we did the last time I was in San Diego about 10 years ago. Last time it took us about 1 hr to get through the US customs border line on the return…  I recently read that its best to park on the US side of the border, cross the border on foot and then call an uber on the Mexico side.  We let the kids talk us into driving *le sigh*  We visited the Avenida Revolucion (great place for local shopping and eats), The Tijuana Cultural Center / CECUT, it’s the only IMAX theater in Tijuana and it has a very unique design. I felt like we were on a Star Wars set on the planet of Tatooine, home planet of Anakin Skywalker. 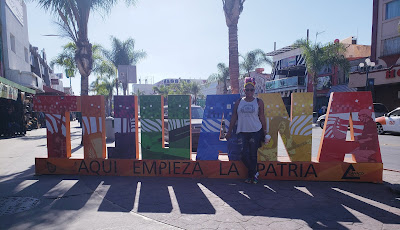 I'm still traumatized about being forced to get on this, I shoulda ran away
Then we headed to Playas de Tijuana, the beaches that are right below the US border.  It was so surreal to see the US border stretch way into the ocean, then see armed guards on the other side of the border.  During the day the area was very safe, very clean; lined with restaurants, street vendors, tourists, and a long boardwalk with HUGE HEARTS.   We had lunch at Restaurant Arcos Playas Tj and we had a front row seat facing the beautiful ocean (and that damn wall). The food and drinks were cheap, plus the food was amazing. When we headed back to the US… OMG it took us 3 hours to get back through.  There are a sh*t ton of vendors selling any and everything to cars waiting to get back in the US.  My poor aunt just kept getting talked into buy more and more stuff, I eventually had to LOCK her window.  I told her NOT to make eye contact, but she didn’t listen to me. 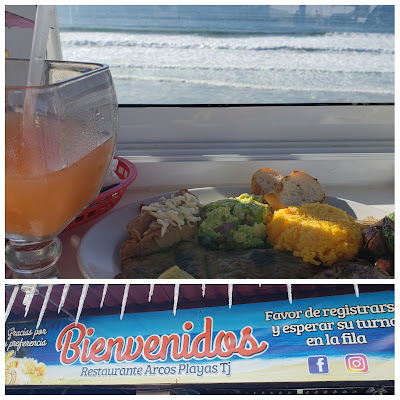 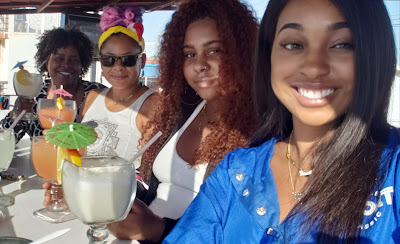 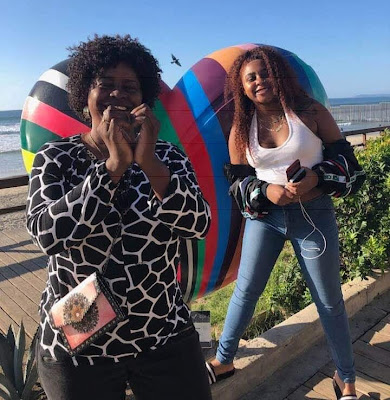 The next day my daughter and I took the Amtrak Pacific Liner back up the coast to LA.  The views along the train route were to die for. I was in heaven, I literally want to go back to Cali just so I can take the train up and down the coast.  They have a café onboard with booze, so my daughter and I enjoyed very reasonably priced mimosas while taking in the views. 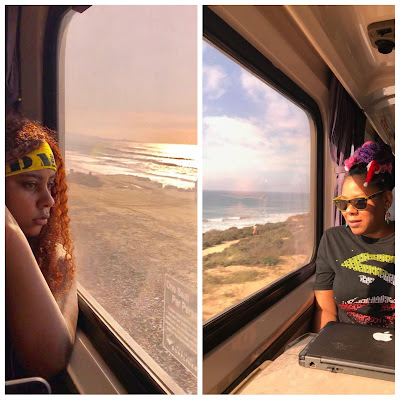 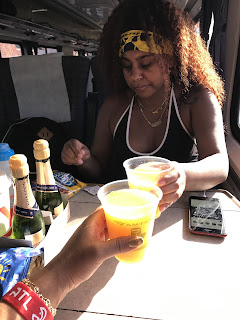 When the train arrived in LA three hours later I was really sad to have to get off.  Took the city Metro train to Hollywood, placed our luggage in storage with Bagbnb and spent the rest of the day hanging out in Hollywood. Even stumbled upon the Aquaman premier.  We got to see Queen Atlanna arrive (how funny, I live in Atlanna) and King Nereus (Princess Mera’s father). Also funny that just the day before in Mexico it felt like we were on Tatooine from Star Wars and in the movie Aquaman when they are wandering through the Sahara desert looking for the tritan, it really looks like they are on Tatooine. 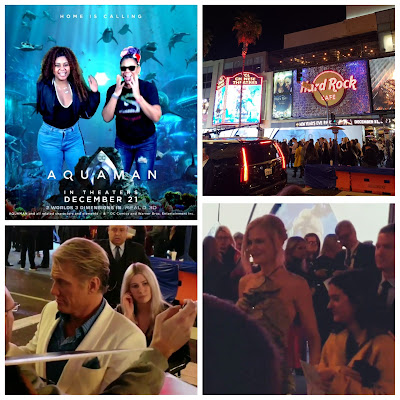 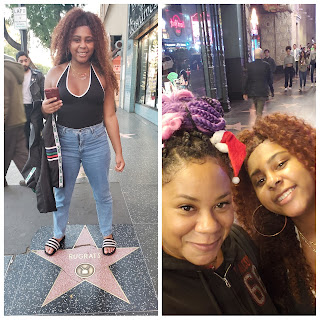 After we were done getting our Tourist Mode on, we took the city Metro train to my aunts house and slept like babyz.  The next day was all about enjoying my last moments with the mountains, day drinking and a long ass flight home! 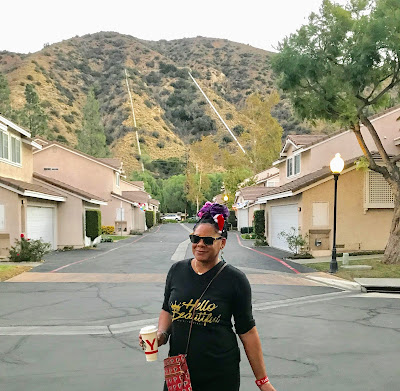 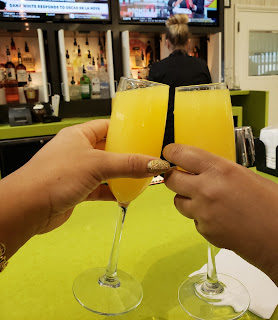