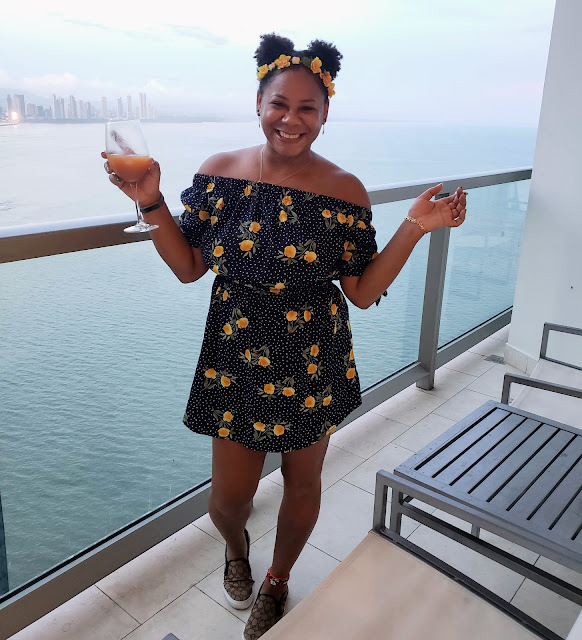 No way I expected to be back in Panama for a third time this year, but oddly enough I did.  This trip didn’t really have a purpose, I had time to blow and found a really good deal. Really good deals usually require some kind of sacrifice and this one was flying out of Miami at 5am.  I flew into Miami the night before and my favorite Miami homie Travis - Brown Marketing hosted me till flight time.  FYI, if you are ever in an accident… CALL HIM!!! 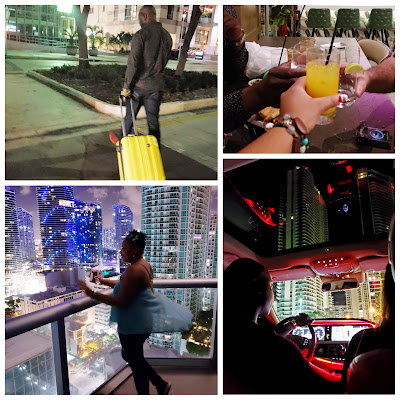 Usually when I arrive in Panama, my dad is waiting with a hired a driver to take us to Colón, but my dad was in the USA so I had to coordinate my own transportation. I got a quote for “discounted fare” of $80 hahahahaha (I only paid $65 for the MIA-PTY flight) apparently my dad had been paying $100 all this time.  Thank you, but no thank you.  I am pretty well versed traveler and am not afraid of public transit, sh*t when we found that great deal to the UAE we flew into Abu Dhabi and took a bus to Dubai… gotta do summin strange if ya wanna save a lil change LOL.  I took an uber to Albrook Mall & Bus Terminal and took a $2.50 bus to Colón.  Absolutely no complaints about the bus ride, I keep saying I want to take the train through the jungle to Colón, but it doesn’t run at times that are convenient for me. 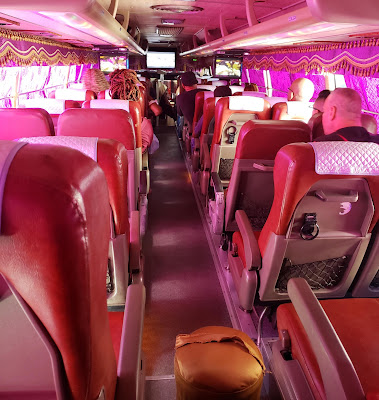 I planned on staying with my cousin Heidy in Sabanitas, Colón and not venturing into my hometown of Colón City, Colón which is why I didn’t pack my usual white tee (aka don’t rob me) wardrobe.  As I mentioned in my September Panama blog, they are kicking all the poor people out of Colón City to expand their money maker the Free Trade Zone. Most of my cousins no longer live in the city so I didn’t expect to have a reason to be there.  But surprise surprise, I got to go home again, maybe for the last time? It was marvelous, 2 1/2 days of doing absolutely nothing other than chillin on the block!!  That’s why when people are like, “I wanna come to Panama with you” I’m like, “Nah you are not gonna like what I do when I am in Panama”
﻿ 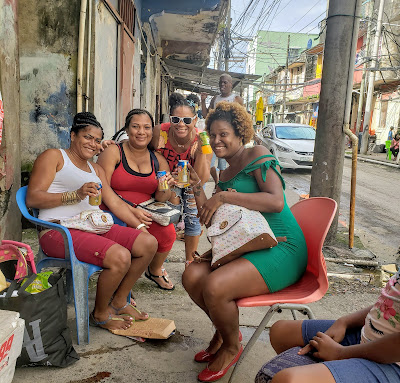 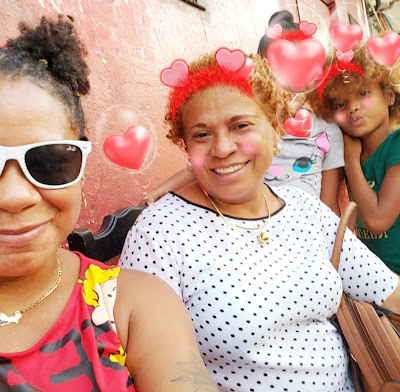 Earlier trips I would go to Colón and stay in Colón the entire trip, but more recently I have been getting my Tourist Mode on. So after a few days in Colon I relocated to Panama City for some time with my Panama City fam and some quiet time.  This go round in the capital I stayed at the JW Marriott formerly Trump Tower. I was very proud of my Panamanians for kicking Trump out Panama Hotel Owner Declares Victory and Trump’s Name Is Removed.  It’s an oceanfront property with balconies in each room and an infinity pool, but if you recall in my last blog I told you that Colón and Panama City sit at the entrances to the Panama Canal and they lack beaches because the nearly 240 million cubic yards of rock and dirt excavated from the building of the Panama Canal were dumped there.  So you have to be willing to ignore all the rocks & dirt (especially in low tide) and angle your damn camera right so that you can enjoy the beauty of the ocean beyond. But as I said before, Panama has a sh*t ton of beautiful beaches, they are just not located at the entrances to the Panama Canal.  The customer service at this hotel leaves a lot to be desired (maybe they kept the same Trump employees) so for that I rank them #4 my favorite Panama hotel list: (1) Hard Rock, (2) Sortis Hotel, Spa & Casino, (3) Hilton Panama 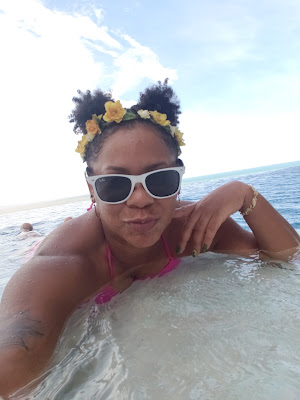 I took my cousins back to that discotech with the $80 bottle service ZaZa Lounge cause you can’t beat that price. Option 1) Pay a $10 per person cover & buy drinks -or- Option 2) Buy a $80 bottle and everyone gets in free & drinks! *hmmmmm* 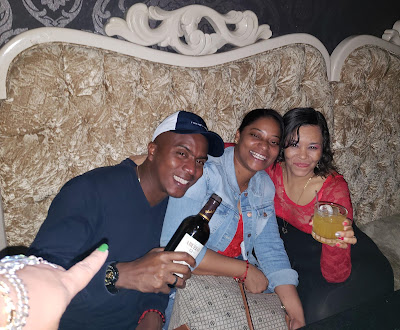 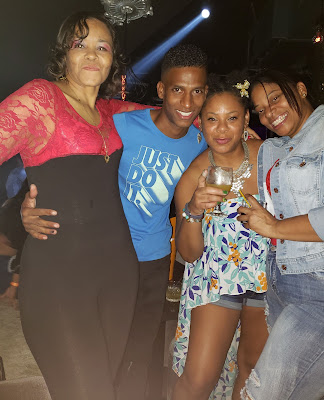 One day was spent hosting fam at my hotel with plenty of booze purchased at the grocery next door cause those mini bar prices were outta control. 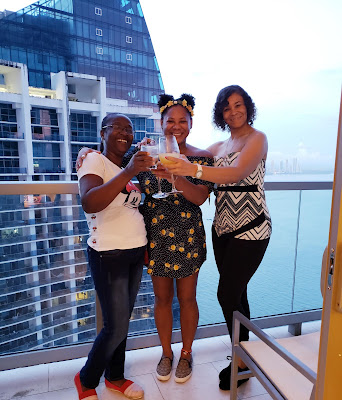 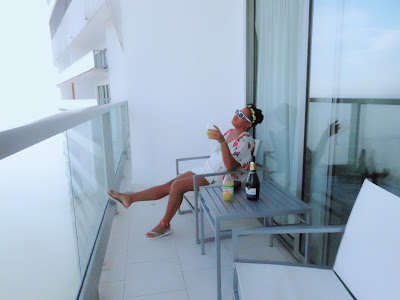 Went to visit the ruins of Old Panama, went shopping in Casco Viejo, strolled along the Cinta Costa to get a selfie with the Panama sign. 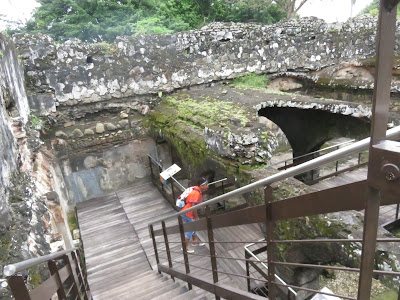 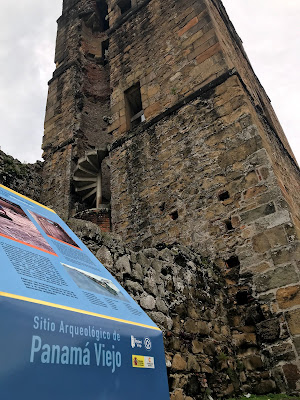 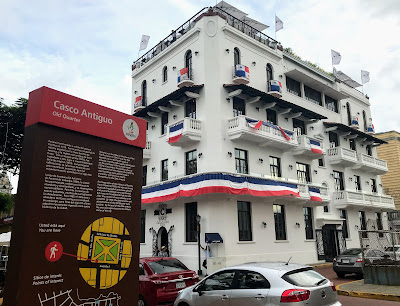 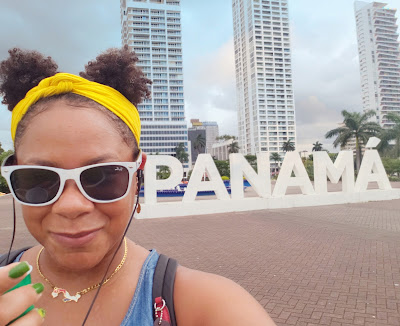 When my brother & I went to Panama in February we had our Colón cousins come up to the capital and we all went partyn at Tantalo Hotel rooftop bar. The view there was amazing so I stopped by for happy hour this go round. I had two mojitos and was about to leave, but when I saw my bills was $8 I sat back down and told them to Keep Em Coming. 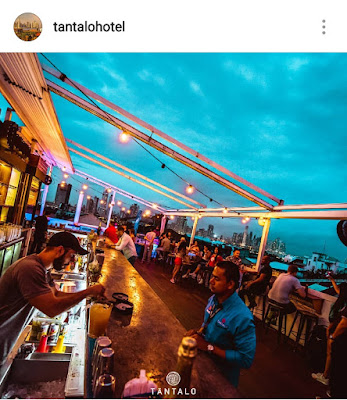 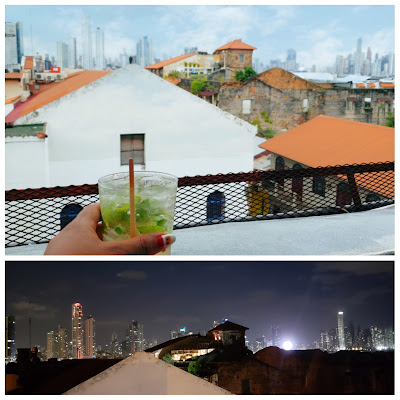 Those who know me, know that I LOVE Coyo Taco in Miami. Its not only a restaurant, but a very chillax lounge where I Get My Whole Life. I stopped by Coyo Panama and I know Ima sound hella petty when I say this, but the entrance door opens INWARDS not OUTWARDS and all I could think was, “If some ish pop off, we all gonna die cause we can’t escape.” My friends know I’m that friend that is prepared for all situations, like that time I accidently started giving the Heimlich maneuver to a friend who gave me the universal sign for chocking.  We were all in the kitchen and I thought she was choking on food, but turns out she had just “that good smoke” 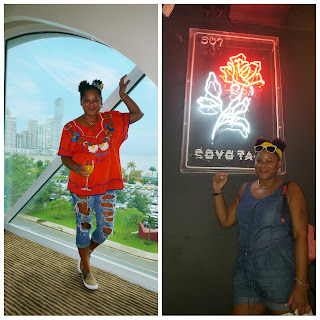 Whoops, back to the Panama blog…  Anywho, I had a fantabulous week in Panama.  Alot of my friends are travel-holics and they will send me their flights deals to join them random parts of the world.  My response is usually (1) I have no moneyzzzzzzz -or- (2) I have no free time, but let a deal to Panama drop... I am OUTTIE 5,000  I blame it on my childhood of being an army brat growing up around the world, but really just wanting to go home.  See you in 2019 Panama! 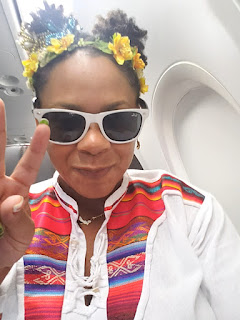 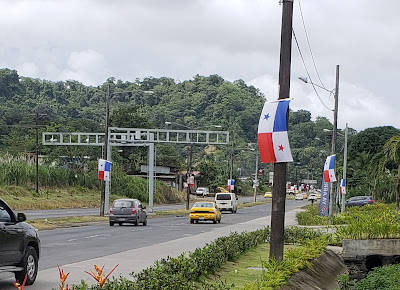