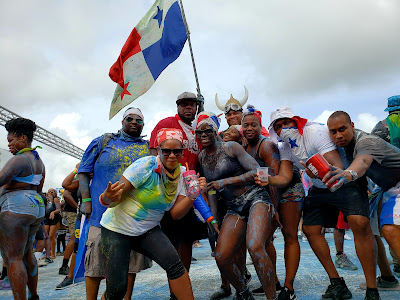 What can I say about Miami carnival that I haven’t already said for the last FOREVER years of coming here?  Normally we do Thursday – Monday, but I was feeling wild and crazy and decided to do Wednesday – Tuesday this year.  Miami is such a cheap carnival (the entire trip cost less than my Tribe costume for Trinidad Carnival) and it’s so jam packed fulla fun and familiar faces. 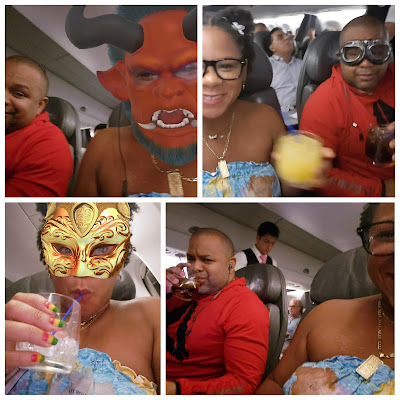 The bachhanal was supposed to start Wednesday evening, but American Airlines held us hostage in the Atlanta airport so we just had to turn up on the plane.  We did eventually link up with everyone around 1am at a Collabo fete by Good Vybz Miami and Like Glue Atlanta. It was free, outdoor venue, in my favorite area Wynwood, ram packed fulla people “Living Their Best Lives” and plenty of familiar faces who decided to get their carnival started early in the week too. 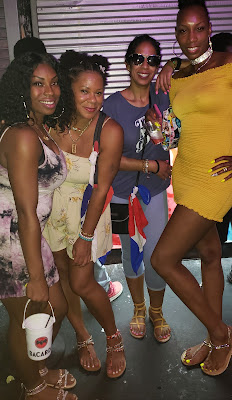 Thursday my brother Paco and I were technically working so we didn’t attend any morning fetes. I can’t complain, the view of my 2nd favorite US city was marvelous as always. 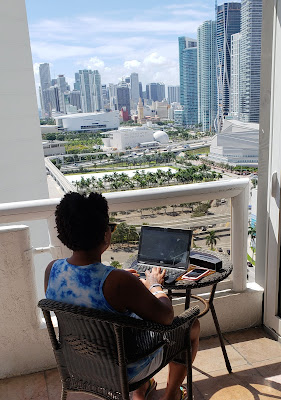 Thursday evening is was Trini Jungle Arrivals fete.  We have been doing Arrivals for several years and although it is a beautiful rooftop venue with no stush vybz, I think I need to switch it up next year.  What else is going on carnival Thursday? 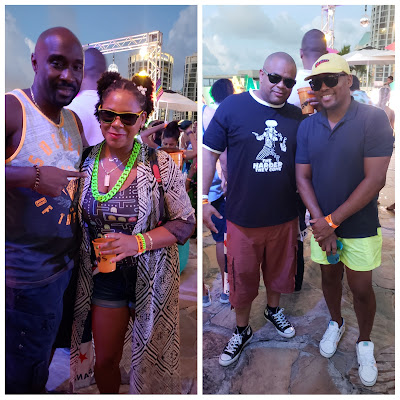 My chica Charmaine flew in late Thursday nite and she wouldn’t let my old azz go to sleep so we hit up my favorite bar/lounge in Wynwood called Coyo Taco. Coyo is literally the reason I randomly end up in Miami on Tuesdays and Wednesday, such chill yet fun vybz. 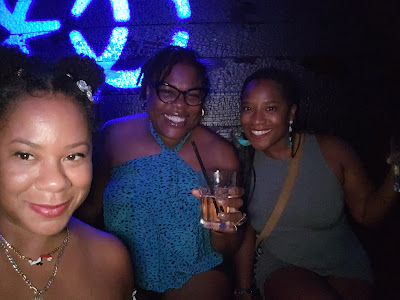 Never did select a Friday morning fete so Paco and I went to the hotel pool with the Bose and Booze to chillax. That evening we linked with all the homies at Scorch _uck Work. Last year _uck Work off the frekkin richter scale in regard to fun.  It was ram packed (in a good way) this year and we did have a good time, but I wasn’t overly in love with the location (a vacant lot in Wynwood) and I think it dampered the vybz a bit. 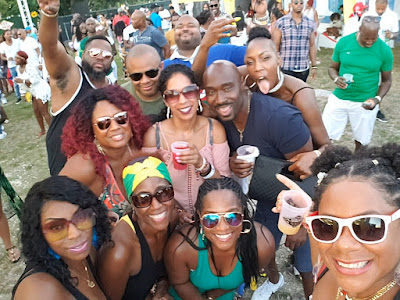 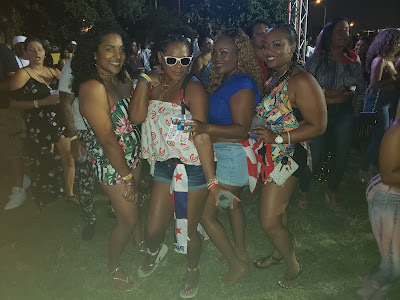 In true old people fashion we wook our asses to bed early Friday and night and were up early for jouvert.  Once again we did not join a jouvert band, instead saved our $100 and just stormed One Island Mas *muahahaha* as expected One Island DID NOT and we left jouvert completely IN AH MESS! 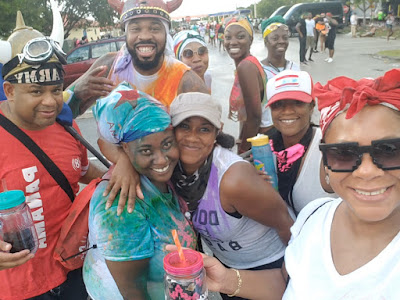 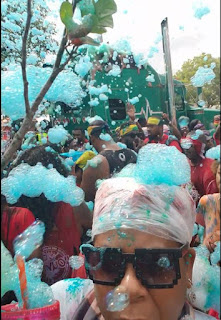 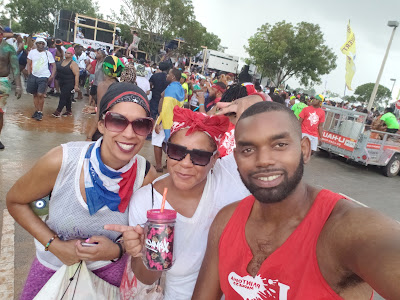 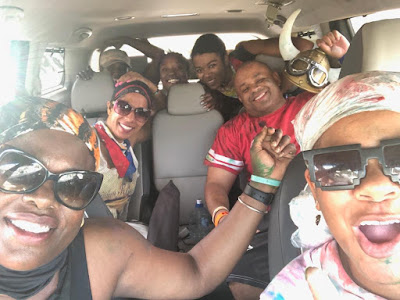 Saturday night was one of my favoritest fetes Caesar’s Army Mai Tai.  Such a fancy shindig, with a beautiful layout and of course OPEN BAR!!  My only dilemma with this fete is the location is in Hollywood and we always stay in Miami.  So getting there and back when nobody is willing to drive is an issue.   Never the less it was great seeing all my friends dressed up in their Hawaii 5-0 finest. 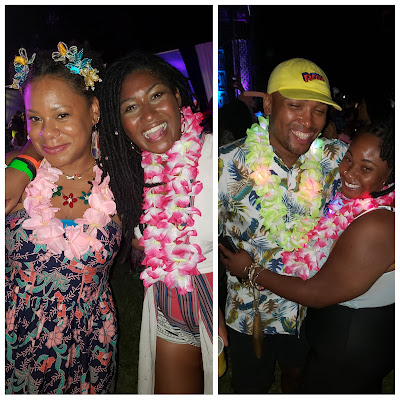 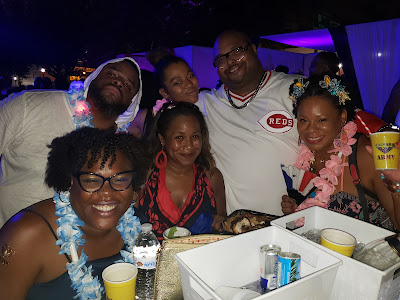 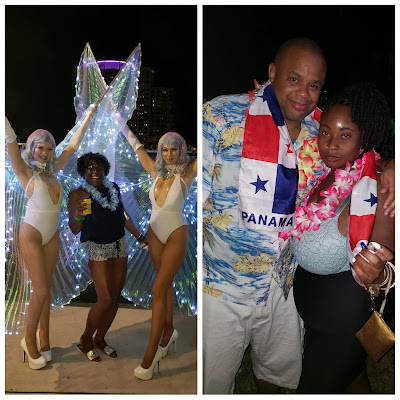 Sunday while everyone was getting their Miami Carnival Road March on, my brother and I went to the beach *GASP*  I haven’t worked out since Jamaica carnival and it was so lovely to just let all my lady lumps be free and not in a costume.  Then I linked with my homie that lives in Miami for drinks in Wynwood, I am usually way too exhausted to turn up carnival Sunday nite.  I don’t have too many carnivals on the agenda for 2019 so I guess I will need to return to the road for Miami carnival next year. 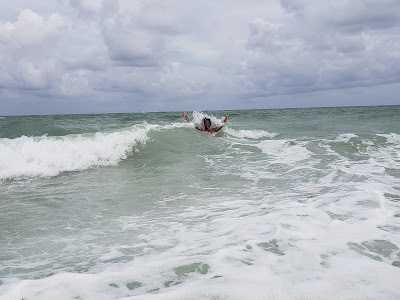 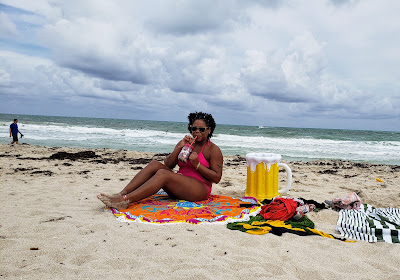 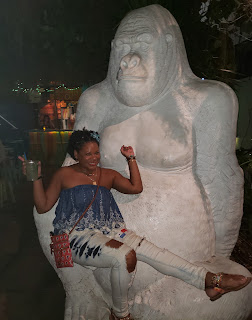 Monday morning we got our dranky drank on and then headed to SSS blue.  Can we take a moment of silence for SSS blue?  OMG!  Straight WOTLESS, NO BEHAVIOR, Madness!!!  FIRST OF ALL, Caribbean people are frekkin CRAZY!!!   It’s a BYOB fete and you know what happens when you allow people to be their own bartender! We couldn’t give the fete our 100% all because we had a fete that evening that we had to remain alive for, but next year we ain't scheduling Jack Sh*t after SSS blue. 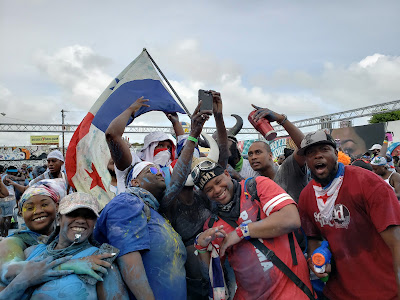 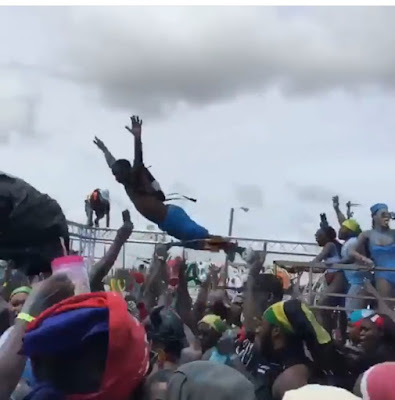 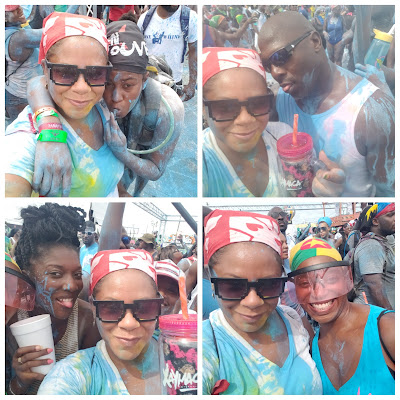 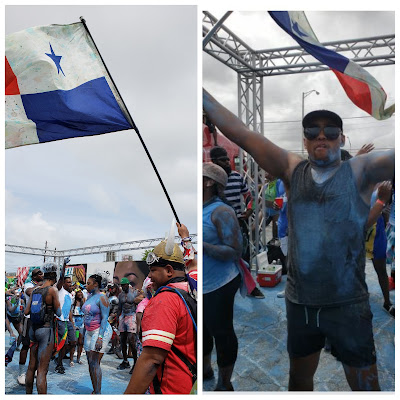 We really didn’t have much time to get our lives together for Scorch Bacchanal Beach held on Virginia Key Beach, I really felt like I was only half way there.  But BEST believe I got back on the alcohol house and got my drank on!  *Sip Sip* 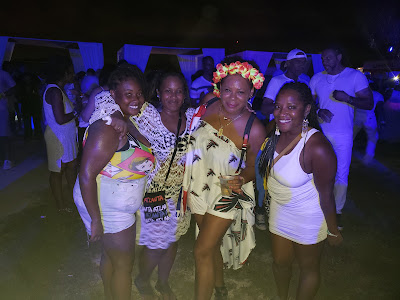 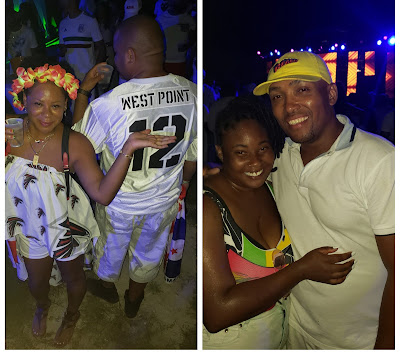 Tuesday it was wind down and fly home day *dry cry* Despite not playing mas this year, I still had a BLAST Miami Carnival and have already booked my lodging for next year!  See ya there! I’m switching up my entire schedule next year and finding some new fetes or maybe revisiting some old favorites from years past?