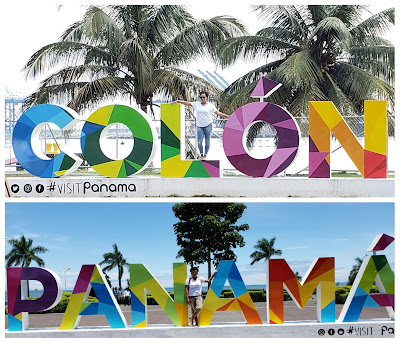 I thought I was going to Miami for Labor Day weekend, but sadly my grandmother passed away and I ended up in Panama.  I sent my closest friends a text on Aug 30, letting em know that I was heading to Panama and that I wouldn’t be back until the middle of Sept so that they wouldn’t think that I lost my hot dayym mind and was never coming back.  I challenged myself to travel light cause I would be doing a lot of moving around and didn’t feel like lugging a bunch of Ish!  That’s easy when I go home to Colón, Panama cause I like to keep my wardrobe simple… white tee every day.  The main reason?  I don’t wanna get robbed.  Walk around Colón like you have a little bit of $$$ (which I DON’T) and you will get GOT cause believe me they can all spot the new face. And when I leave I just throw away all the white tees to make room in my luggage for my shopping. 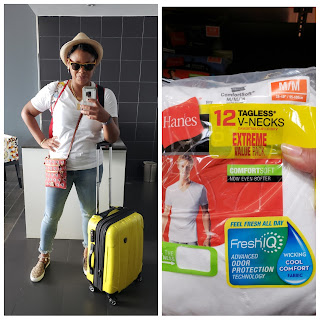 Colón has long since been a city that has fallen in disrepair, disarray… whatever you wanna call it, but now it’s going through a major renovation which can be looked at as both good and bad.  All the poor are being moved out about 20min outside of the city and all the old, run down buildings are being torn down.  Colón is home to the Zona Libre de Colon aka The Colón Free Trade Zone, it is the largest free port in the Americas and second largest in the world. Word on the street is that they are just kicking out all the poor people so they can turn the entire city of Colón into massive Free Trade Zone. Most of my family is no longer in the City of Colón so soon I won’t have a reason to go back there. 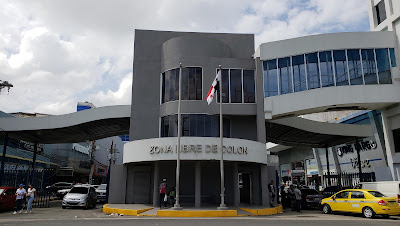 My time in Colón was so peaceful... chillaxing on the corner, enjoying adult libations with my fam, watching their kids play soccer in the rain, visiting our very tiny secret beach that almost no one knows about cause it’s in a gated neighborhood that we sneak into & its hidden under a cliff. Would you believe that I went to church every night that I was in Colón?  Crazy right?  So glad I didn’t catch on fire.  Nightly church services are part of the mourning process after a death so to church every night we went.  Any who, here are a couple pix of me chillin in my home town, the most beautiful-est place on earth (in my eyes). 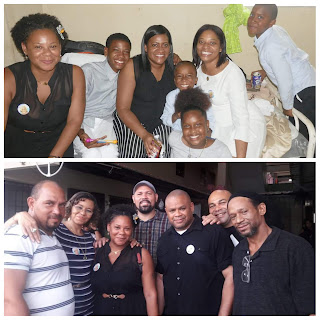 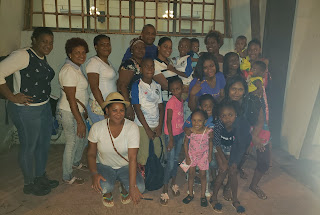 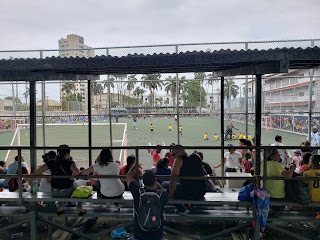 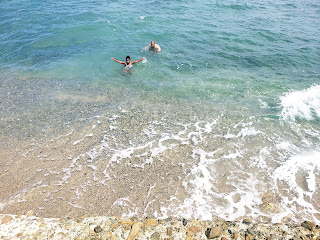 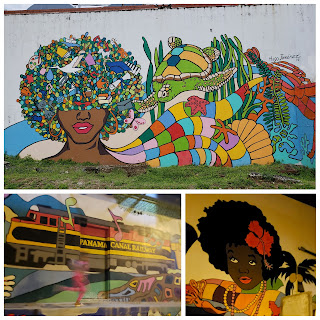 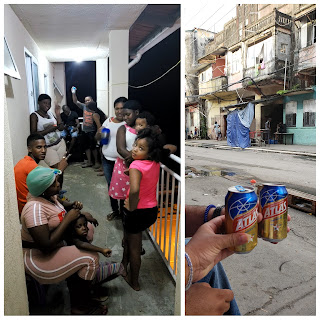 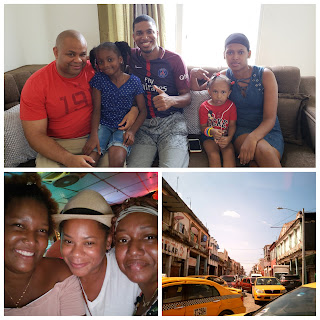 The 2nd half of my trip was spent in the capital, Panama City. They are one hour apart, but completely different worlds.   I stayed at the Sortis Hotel, Spa, & Casino (a Marriott property) and it was phenomenal! 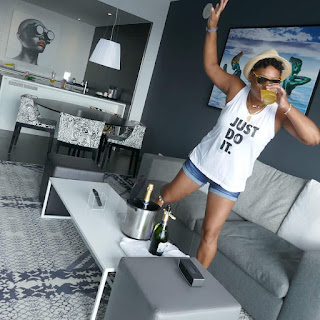 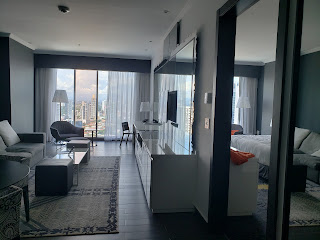 The Hard Rock Megapolis remains my favorite hotel in Panama, but I don’t always have Hard Rock $$$ so my 2nd favorite is now the Sortis Hotel.  Their suites are amazing and their pool is beautiful, but nothing tops the Hard Rock location, views, suites balcony, pool, and HUGE breakfast buffet w/DIY mimosa and blood Mary bars that is included in your room rate.  When my brother Paco & I took our kids last year (Return-to-motherland-aka-panama), my nephew and I got wasted for breakfast every morning.


My coworkers recently got married and decided to honeymoon in Cuba and Panama.  They had some Travel Agency quote them $3,000+ for a week in Panama (flights NOT included)  they asked for my assistance and in about 30min I gave them a brand new itinerary with a nicer hotel for much less than that company was charging them.  I shall share it with you in case you ever decide to visit Panama and are not sure what to do with yourself.   I find www.viator.com  to be a very reliable place to book vacation excursions no what county I am in.  It takes the fear out of searching for some random company and worrying that they are gonna scam you and you can read the reviews from other travelers. 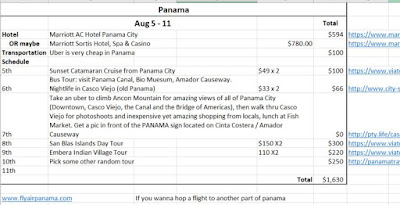 I had initially planned to leave the capital and do some day excursions to the beautiful beaches, waterfalls, and whatnot, but I needed to stay close to reliable WIFI for purposes of not being broke and homeless when I returned to the US.   So I spent more time than I originally anticipated at the hotel pool. 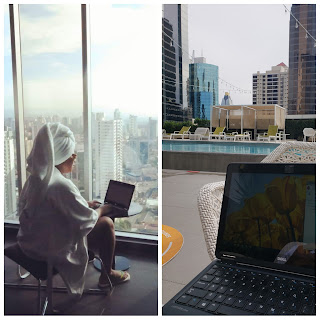 ﻿﻿Quick geology/history lesson for those that visit the capital, Panama City and wonder why there are no beautiful blue beaches that are to be expected when visiting Central America or the Caribbean or those that see my pix when I go home to Colón and wonder why I’m not chillin on a big, blue beach.  Colón and Panama City sit at the entrances to the Panama Canal. Nearly 240 million cubic yards of rock and dirt were excavated during the American construction phase. Where do you think that 240 million cubic yards of rock and dirt ended up??? Then on top of that, an estimated 14,000 ships pass thru the canal every year, so blame the Colonizers for the lack of blue beaches at the entrances to the Panama Canal.  But believe me Panama has plenty of amazing, breathtaking beaches, you just have to travel a tiny bit to get to them. 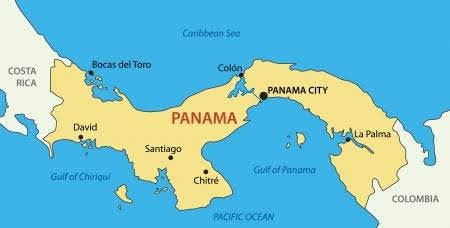 So my time in the capital was split between working, enjoying quiet alone time, and hanging with my fam.  Here are some pix of me in tourist mode. 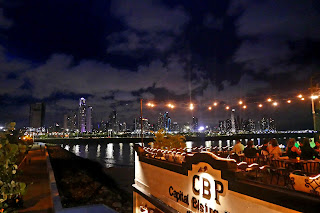 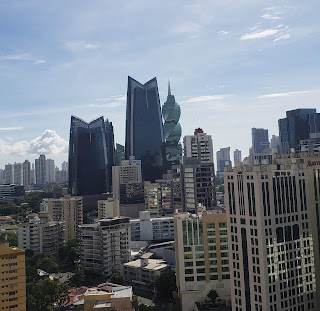 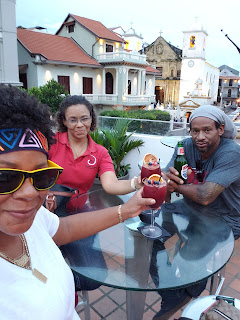 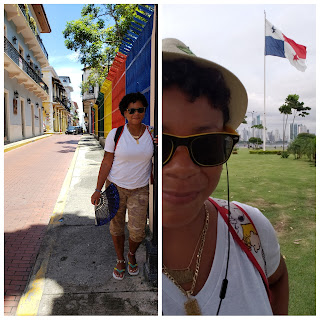 I am not a fan of buying bottles in the club, but I always make an exception when I am in Panama.  They really like to drink Old Parr in Panama, I honestly don’t even know what Old Parr is (whiskey maybe?)  Any who 5 of us went out in Panama City and got a free entry into the club (clubs were charging $10/person), a section, and a bottle of Old Parr for I think $80 and a bucket of beers for like $15. BALLIN!!! For that price, Ima ball till I mutha *BEEPn* fall. I remember buying a bottle of Bacardi in Colón on a previous trip for $25.   *whoop whoop* *WARNING* if you are ever in Panama and wanna TURN UP at a nightclub, what you want to look for is a “DISCOTECH”.  A “CLUB” in Panama is actually a Strip Club, so beware and only go to a club if your goal is azz & titties. 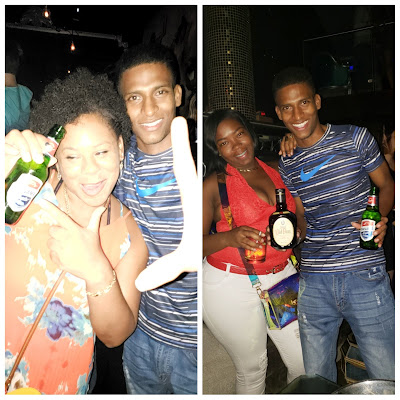 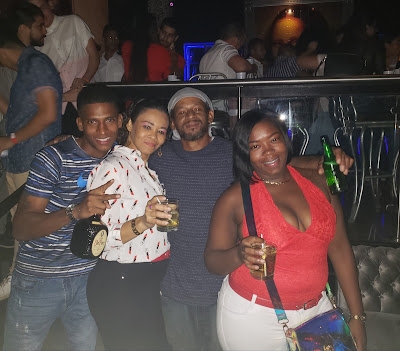 Panama uses US currency in regard to BILLS, but they still retain Panamanian currency in COINS.  Just wanted to show you their beautiful coins. 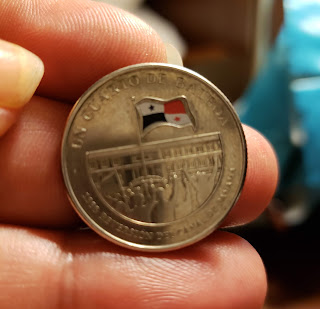 My reason for returning to Panama was a sad one indeed, but I thoroughly enjoyed my time and I know my abuela would be happy that I stayed to enjoy the motherland.  RIP abuela! 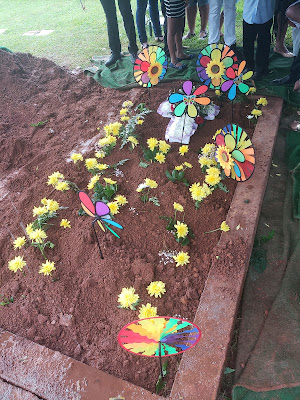 I have to end the blog with a side note that is gonna sound like the biggest lie ever, but I promise this ish really happened.  Ok so on the way to Panama there was an Atlanta Falcons cheerleader seated behind us.  She saw my Falcons purse and that began a long convo about the state of the franchise.  No Biggie!  The flight home was a completely different story.  So the 1st leg of the trip I was just drinking my life away as I always do. GETTING LIT, do you hear me? LIT!!! While having a drunken photoshoot. 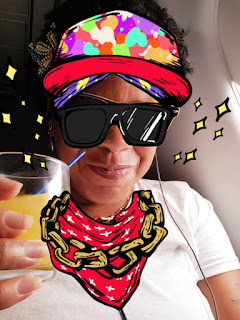 Insanely quick layover in Miami cause the 1st flight was delayed and tipsy me hops on a 2nd flight to Atlanta.  Who sits down beside me, my favoritest Atlanta Hawks Basketball player #20 John Collins!!! He was so cool, I totally respect his privacy, so I will just leave that at that.  BUT would you believe when we were getting off the plane, Collins stopped to give dap to the person seated in the row adjacent from us, none other than Atlanta United striker Josef Martinez. What the bloody hell???   Now I have another photo to add to my John Collins album *hip hip HOORAY* I was floating on Cloud 9 for like 2 weeks after that.  Again, my reason for returning to Panama was a sad one indeed, but it was an AMAZING trip and I can't wait to plan my next! 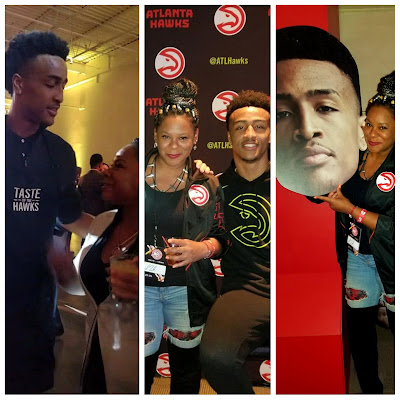 Email ThisBlogThis!Share to TwitterShare to FacebookShare to Pinterest
Labels: Panama