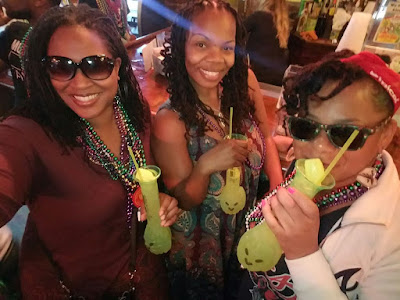 So there I was minding my own business, trying to be an upstanding citizen when my friend Melissa tells me that she is going to the NBA All-Star game in New Orleans.  Now as much as I dislike Saints fans, I love New Orleans (the French Quarter to be exact).  About 2 weeks prior to this convo I managed to find a last minute hotel for Super Bowl for about $125/nite when most hotels were charging $400+.  I decided to test my luck and see if the Travel Gods would grace with me another last minute hotel for about 70% off the rack rate.  I rarely ever ever ever pay rack rate for a hotel, I will scour the internet for corporate and conference rates, I have no shaming in booking a Save the Whales Conference rate (or whatever conference is going on) for my getaways.  So I lucked up and found a low low corporate rate at my favorite hotel chain a few blocks from Bourbon St #WINNING!!!


My chica Tiffany agreed to join in the fun which is perfect because she is a road warrior and I hate road trips (I always make an exception for New Orleans).  Went down to New Orleans early Saturday morning and surprise surprise its early Mardi Gras.  I haven’t been to Mardi Gras since 2010 because I’ve done Trinidad carnival 2011-2016, then did Panama carnival this year.  Well just like carnival, Mardi Gras begins early the weeks leading up to Ash Wednesday.   We got to enjoy all the fun of Mardi Gras with a smaller crowd.  Well there were A LOT of people in town for All-Star so I dunno how much smaller.  Tiffany any I honestly did not partake in any NBA All-Star activities, not the parties or the various games.  Why pay $50 for a party when you can have a blast on Bourdon Street for $0.00.  We were however debating buying a last minute ticket to the All Star game, but had the game time mixed up and missed the online ticket window.  Oh well, we drank our lives away on Bourbon Street. 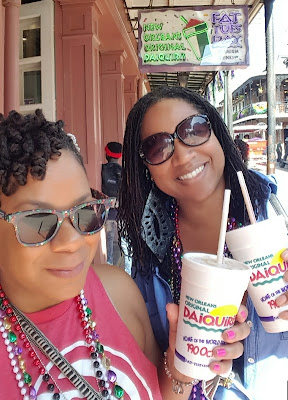 Catching beads in hard work, all the staff on the parade trucks must be professional pitchers cause they have serious throws.  We almost got an eye taken out once or twice.  After a while we were running from and dodging the beads.  The best part was all the cool NON bead treats they threw out, all kinda crazy fun stuff. 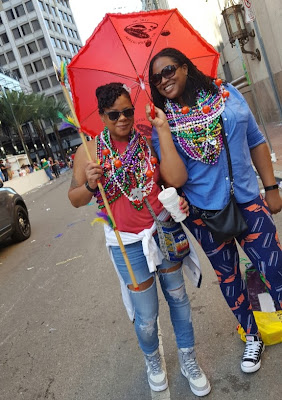 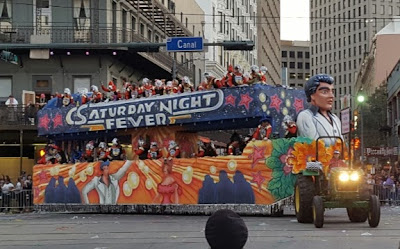 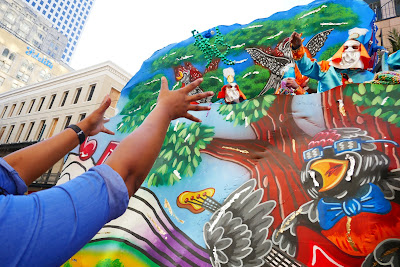 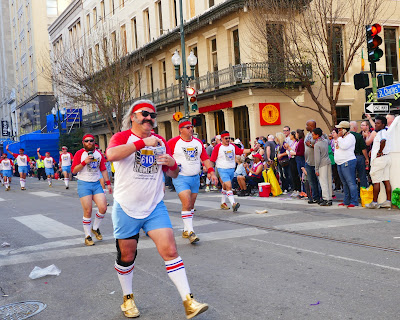 I just love how the lil ones had their moment to shine, reminds me of Caribbean Kiddie Karnival. 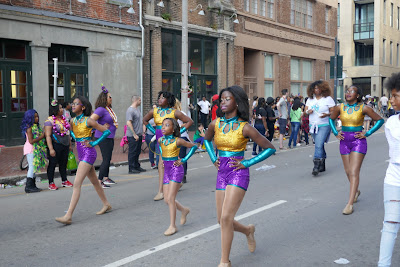 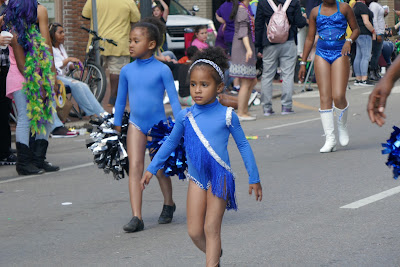 All those middle & high school bands were kicking ARSE!!!  I too was in the band when I was young... I played the Triangle for half a year in the 6th grade (don't judge me). 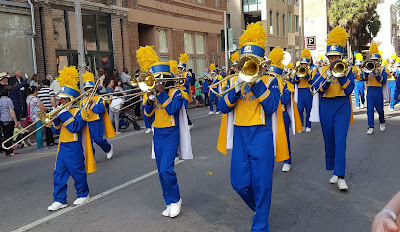 Even got to spend a little time on a few balconyz 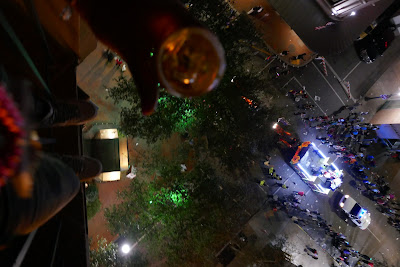 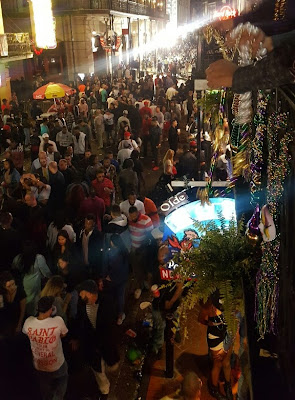 Melissa (the culprit behind my last minute trip) is a SERIOUS basketball gyal so she actually attended the All-Star game and various NBA events, which gave us old people an opportunity to rest up each evening and then link back up on Bourbon St until the wee hours of the morning. 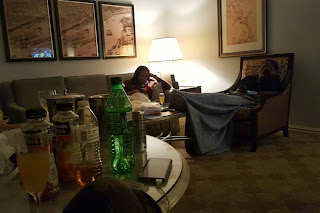 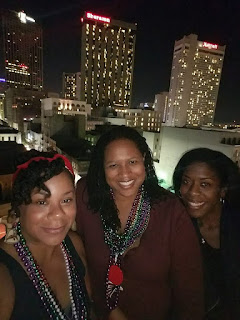 Return to the Bourbon St madness!! 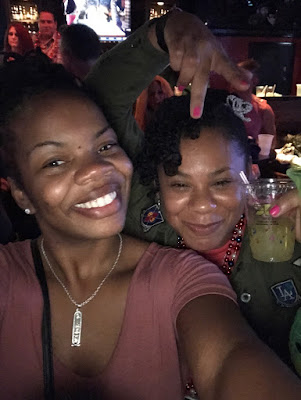 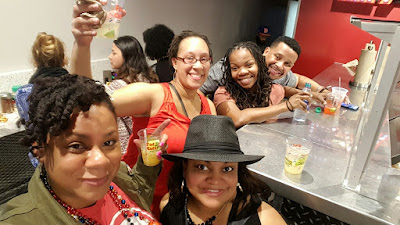 So yes I took my azz down to NBA All-Star weekend even though some old Basketball player wrote online that women over the age of 35 aren’t allowed to enjoy such activities. As he put it, “Leave it for the Young Hoes.”
PS:  For the record, a lot of Saints fans are nice and sweet and friendly when its not football season. Twas a most enjoyable weekend with them.
By AngelaPanama at March 08, 2017