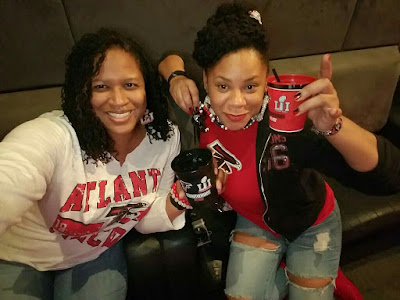 The Prelude: As I’m sure you know, I am NOT originally from Atlanta.  The first US state that I lived in was California. Also, my parents let me spend my high school summers with my aunts in LA and Pasadena, so for my adolescent years I was a LA Raiders fan, then the Raiders moved to Oakland and I wasn’t really feeling that, so I was kinda without a team for a while.  I moved to Atlanta in 2003 and converted to a Falcons fan.  I knew what I was walking into when I became a fan, but Peace Up, A-town Down!!!  There have been a lot of trials and tribulations, ups and down, but in 2017 we FINALLY made it back to the Super Bowl!!!

After it was confirmed that the Falcons were Superbowl bound, Tiffany & I (Tiffany being the homie that I go to all the homes games with) dilly dally’d for a week before deciding that we just had to be in Houston. The football Gods were on our side and we were able to find decent flights & affordable lodging in South Houston.  Thank goodness the hotel was well within Uber distance, so we didn’t have to rent a car cause as you know, I likes to drAnk!!!

We both flew out Friday night and since Houston liquor stores close at frekkin 9pm Tiffany was kind enough to bring some rum in her checked back. Quick turn up in the room while we pregame and then off to hit the town.   As you can imagine there was a sh*t ton of partyz Super Bowl weekend, all charging unnecessary high entrance prices.  We were going to attend a couple and then pay for a tailgate near the stadium on Game Day if we were unable to secure a game ticket.  We ended up spending the entire weekend Falcons Fan Headquarters for $0.00.    Can I just timeout to say that the Falcons have the best owner in the league?  Not only did he fly over 500 Falcons staff to Houston for the Super Bowl, he set up a Falcons Fan Headquarters at Warehouse Live. 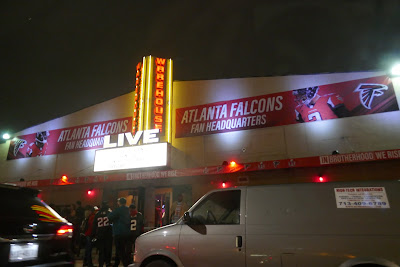 I went to Warehouse Live in April 2016 to see Jada Kiss perform when I was in Houston for my cousins wedding.  I remember thinking, “This place looks kinda grimy” & I felt slightly uneasy in there. The two room venue with the capacity to hold 1,700 people was completely made over for the Falcons Fans. They added the Falcons logo EVERYWHERE, tons of tables and bar stools, couches, TVs EVERYWHERE, PlayStations, and tail gate games for those that are into that kinda stuff (I didn’t see anyone playing). They even gave away Falcons towels and cups, I was Oh So impressed with our owner Arthur Blank! 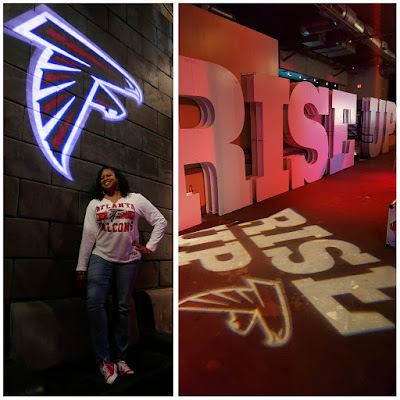 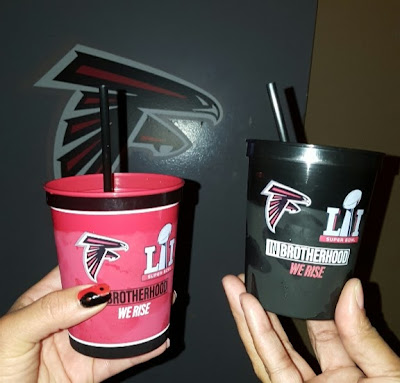 So, we hit up Falcons Fan Headquarters Friday night and since most of the ATLiens hadn’t arrived in town yet, we enjoyed having the venue mostly to ourselves.  Stumbled outta there at venue close time and got a burger from the “insert curse word”  food vendor that the venue provided.  People almost starved to death all weekend waiting that slow knuckhead… anyway.  There was Uber surge pricing when we were ready to leave so we stumbled around downtown Houston tryn to wander into a new pick up zone that didn’t have surge pricing.  We were 100% in hobo mode that night. It hella cold, we had to pee, and were exhausted from the long day of work, travel, partyn… I wandered into an apartment building and almost gave up on life and wanted to go to sleep under the stairwell… it was just sad. 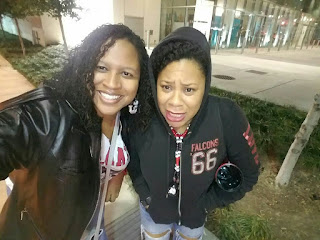 We were in a much better place Saturday morning.  Even tho Houston has depressing liquor store hours and they are not open on Sunday, they do offer liquor delivery.  Can I get a whoop whoop?!?!  Ordered some booze and got the party crack-a-lackin!!! 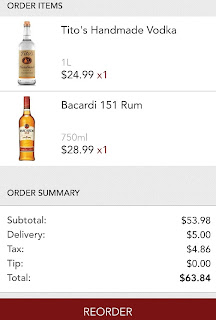 Forget the overpriced day partyz, around 11am we headed out to give Houston public transit a try.  We tried to buy an all-day pass for the train, but the workers were like, “Come and go as you please, DO YOU!”  thanks Houston, you are pretty awesome! 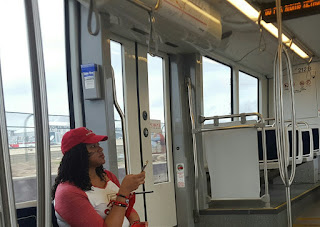 The train was slow as sh*t, we got off and called Uber (This pic is actually from Sunday were we needed to ride the train 1 stop). 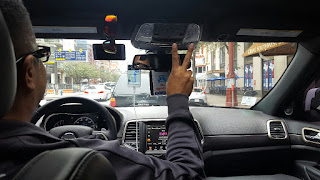 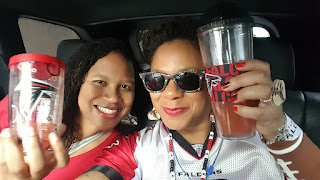 Uber is the best thing since sliced bread

Headed to Falcons Fan Headquarters where they had the Outkast DJ – DJ Swiff on the 1s and 2s, a surprise performance from CeeLo, Falcons cheerleaders and Freddie Falcon also hit the stage.  Partied the afternoon away with old and new friends!lo 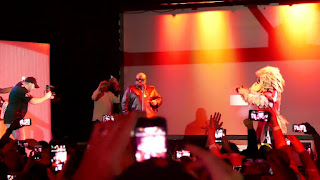 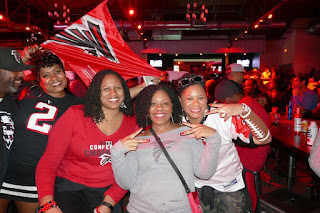 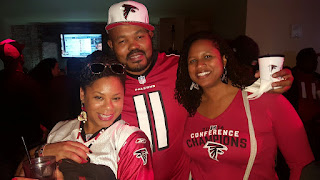 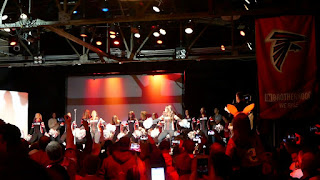 Had a burger from the raggedy food vendor for lunch, but around 7pm my body demanded a STEAK and carbs! Wandered around downtown Houston like homeless, hungry hostages in search of a restaurant that didn’t have a 2 hour wait… NO SUCH LUCK!!!  After surrendering to a long wait, Tiffany caught a nap on a restaurant couch sitting straight up and I think I slept standing up, I’m sure the patrons that hadn’t been drinking all day were NOT impressed by our sluggish behavior. After eating the heartiest meal I think I have ever had in my life, we went RIGHT BACK to Fan Headquarters and partied until 10pm. That’s when our old azz bodyz were like, WHAT THE *BEEP*????

Sunday = The Big Day.  Anxiety level 100!!!  We had hopes of securing a game ticket, but that didn’t work out.  Nosebleed seats in the stadium were around $3,500 two weeks ago, but we saw them drop as low as $1,900.  There was an article that said they could drop into the low $1,000 on game day so we crossed our fingers and hoped that they would reach our price point of $1,500. Please tell me why in the *BEEP* they jumped back up in the $3K range on game day?  Le sigh! 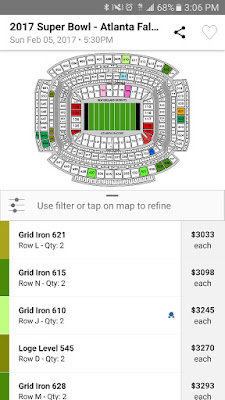 We nixed our Plan B of a tailgate and headed back to Falcons Fan Headquarters.  Even tho the game started at 5:30pm Houston time (too lazy too google what time zone they are in) people were already at Fan Headquarters at 11am.  We decided to check out NFL Live first and then grab some REAL food so we wouldn’t starve to death later.  NFL Live was pretty cool, lots do to and see, fan giveaways, and live broadcasting if you wanted to be one of those crazy fans waving in the background. 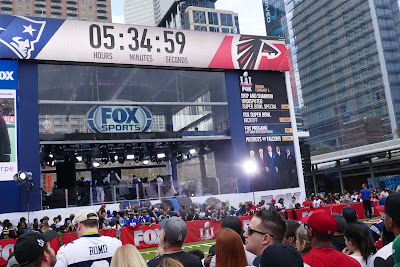 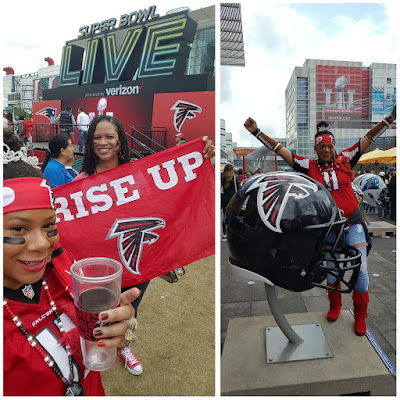 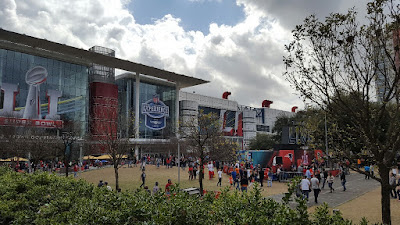 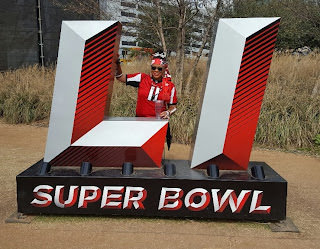 Made our way back to Fan Headquarters around 2:30 to secure seating for the game… no go… we just sat our asses on the floor. 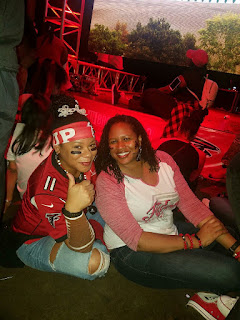 DJ was all the way live and the 3 hours until game time flew by while we sipped from our flasks.  *wink* I don’t really want to talk about the game because I am currently still in mourning… *skip to the end of the game* I had to step out cause my heart couldn’t handle it.  There was a lady outside SOBBING her life away.  I probably woulda been out there crying too, but had to hug and console her until she got it together.  Before heading back to the hotel I bought a big ass turkey leg as comfort food, but I couldn’t even eat it.  Devastation had my stomach turning.  We went back to the hotel and laid in our beds staring at the ceiling for HOURS around 3am I said F*CK THIS and started drinking.  Feeling the same way, Tiffany decided to partake in drinking her sorrows away as well. 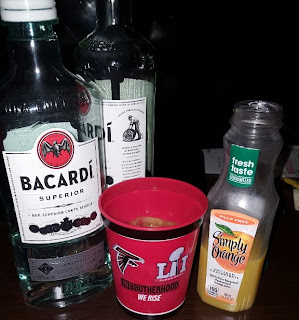 Monday is a blur, I was in a confused cloud and pretty much drank ALL DAYYM DAY LONG! Got on the plane home and drank my life away.  My homie Wiz took me to an ATL Hawks basketball game that night to cheer me up and I drank my life away there too. 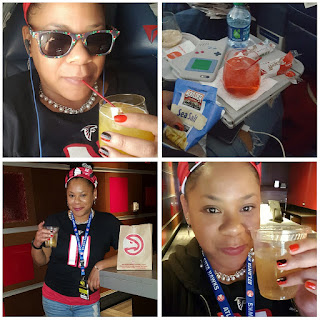 On a plane or at a game, I drink to numb the pain!
I went to the Hawks game after the Falcons sealed their spot at Super Bowl and everyone in the Hawks game had on a Falcons shirt/jersey.  Monday after Super Bowl there was only 1 person other than myself in Falcons gear, very disappointing!  After the Hawks game, we went to a bar and kept drinking, it was Wiz’s birthday so I had an alternate excuse.

While Tiffany and I were happy that we didn’t spend $1,500 on a game ticket, we were still very happy that we went to Houston.  We were in Falcons fan heaven all weekend surrounded by people that love our team just as much as we do. ATL showed up and showed out, they were everywhere and it was all love, all weekend.   ATLiens know how to party, that Fan Headquarters was ALL THE WAY turned up, the DJs were amazing! We laughed and partied our lives away for the low low (cause you know we KEEPS a flask on hand). The trip felt like it was practially free, I am very glad I didnt stay in ATL.  It was awesome running into so many ATL friends in Houston & party’n with people that we normally only see at home games.

I must take a time out to acknowledge all the people that were converted ATL fans for the weekend.  They were showing us SO MUCH LOVE all weekend. The Patriots must be the most despised team in the league.  Everyone has their own reasons for hating them, maybe their team lost to them or one of the numerous scandals through the years DeflateGate, SpyGate, Tuck-Gate, Snowplow-Gate,  and this year’s Backpack gate with the Falcons offensive coordinator backpack (with playbook inside) going missing for a while & everyone blaming the Patriots.  I personally don’t care for them cause my ex-husband was a die-hard Patriots fan, even tho we got divorced in 2001, I still don’t like them.

So from here, we get our lives together and hope for the best next season!  I shall leave you with a few more images from my awesome Super Bowl weekend in Houston. #RISEUP 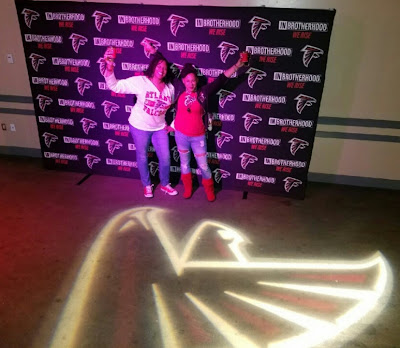 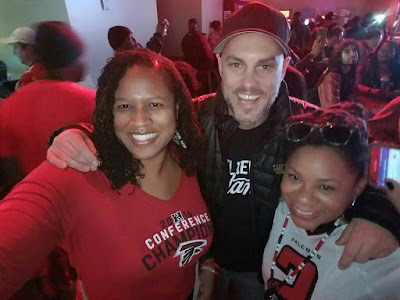 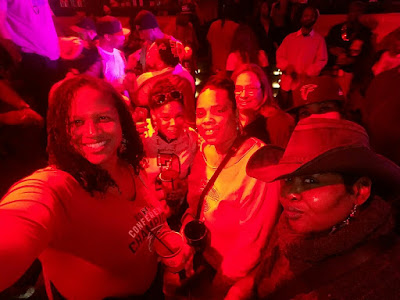 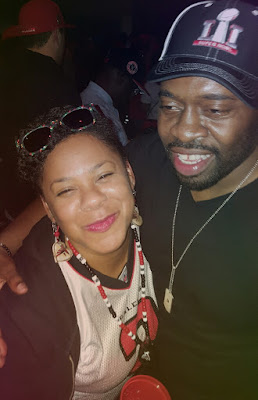 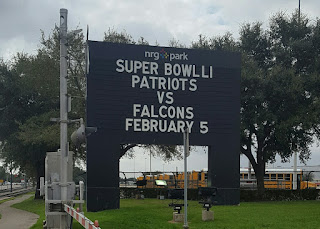 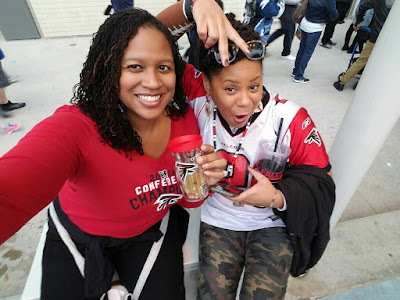