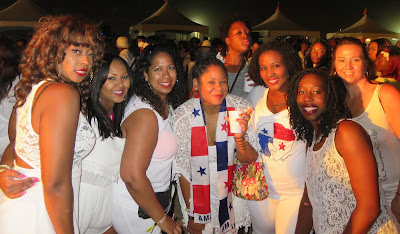 BRT Weekend (Beach Road Trip Weekend) decided to expand from its Florida Keys location to Los Angeles, Cali (Huntington Beach to be exact). They have 6 themed all-inclusive parties on Friday, Saturday, and Sunday.   I purchased my ticket very very very early (6months early) and only paid $100 (that’s $16.67 a party).  The price went up little by little ending at $255 ($42.5 each party). I wont get into the $400 VIP pass and the $1k - $3K Cabanas, I can only describe life in general population although there wasn't much of a separation (no separation at some fetes).   I was lucky enough to have a long time homie that lives out there so I didn’t have to worry about transportation or lodging. & I got a pretty decent flight on Delta.  I said all that to say, my expectations were probably a lot lower than someone who purchased a $255 ticket and had to pay for lodging & transportation. 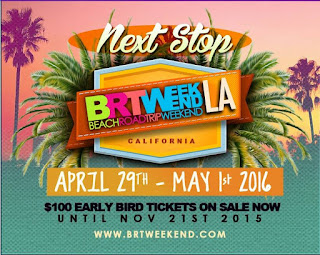 I planned on coming out Friday afternoon for the evening fete, but Delta had other plans.  I spent 5 hours sitting in the Atlanta airport watching my day waste away.  So I missed $33.33 worth of partyz, dayym you Delta.  Delta did compensate me with free Skymiles, free liquor, and Delta cookies so I was somewhat pacified. My homies that were there Friday were reporting back that the fete didn’t have top shelf liquor & the food was not what you would expect from a fete that describes themselves as “all inclusive.”  Being that I only paid $16.67/party I’m not really expecting Trinidad quality All-inclusiveness.  If you have ever been to an all-inclusive fete in Trinidad you know that they go ALL OUT, anything your taste buds could ever desire… but you are paying $150+ per party.  So I have a heads up on what to expect on Saturday, best believe I will eat before I arrive and bring my flasks full of Bacardi.

Land in L.A. around 9pm Friday and my homie Amber picked me up and we party at a low key spot in Long Beach.  The music was on point, danced our lives away to 90s classics while drinking cheap liquor.  Everyone in the place had 22 oz beers so I felt inclinded to follow suit.  When in Rome… 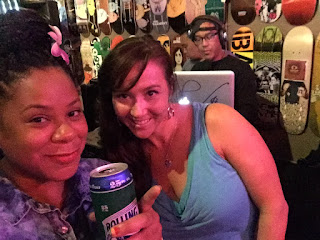 Woke up bright an early Saturday and was at the Sports Bar having breakfast and mimosas at 9am, my chica Vanessa & her homies came through and joined us . 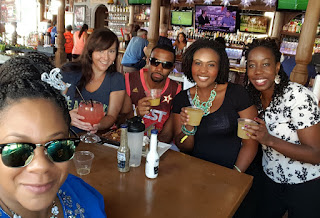 We headed to the BRT Wet & Wild event early afternoon, but nobody was tryin to get wet.  The weather was in the upper 60’s *le sigh*  I didn’t even dare to wear a bikini.  Funk dat ish,  I was in a jeans.  Kuddos to all the brave sexy ladies rocking their bikinis.  They did have Bacardi when we first arrived, but quickly ran out & after that only had a no name liquor that had HANGOVER written all over it.  Thank goodness for a purse full of rum *MUAH* 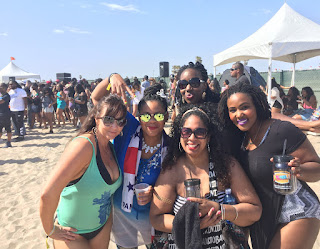 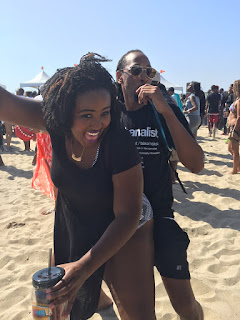 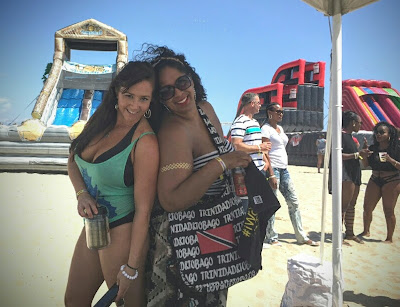 Quick power nap and then it was back for the GLOW party.  When we reached they were at capacity and we had to wait in a crazy line to get in.  How you can reach capacity, I just can’t comprehend.  You know what your capacity is, why sell one ticket over what you can hold?  I know why, but I won’t say it cause God doesn’t like ugly.  I couldn’t drink like I wanted to cause the bathrooms were outside of the venue and I risked not being able to get back in cause of the capacity issue. 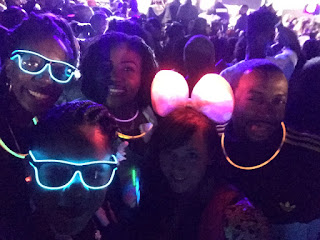 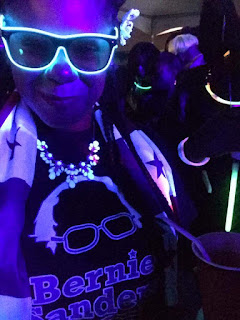 We were only in GLOW for about 1 ½ hours cause we wasted all that time trying to get in, after the fete was over we were still in party mode so we headed back to Long Beach to drink and be merry till about 12am. 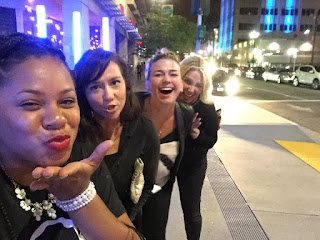 Sunday morning it was jouvert, I couldn’t get it in like I wanted to because I went a little too hard in the paint Saturday night. Lololololol They even had tons of Bacardi that I really didn’t get to smash like I would have wanted to.  It was a great fete none the less.  I was impressed that they didn’t run out of paint/powder early into the fete, they had hours worth of duttiness! They also had water trucks, but I wasn’t tryin to catch pneumonia. This fete had the best music, I’m not just saying this because Atlanta’s own One Drop Sound was on the 1s and 2s (do DJs still have 1s and 2s??? anyway…)  I heard that Friday included way too much American music. Saturdays chunes also included a lot of non Caribbean stuff, but Sunday was straight soca soca soca, reggae reggae reggae. 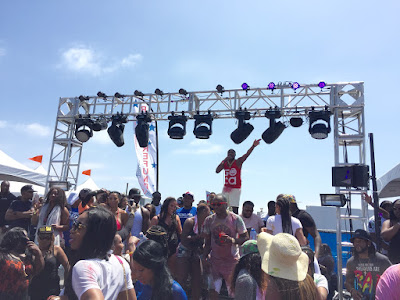 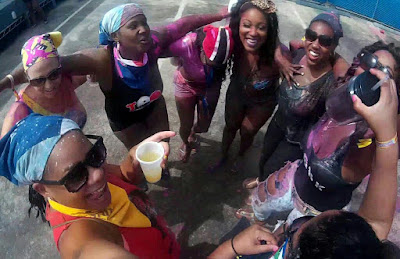 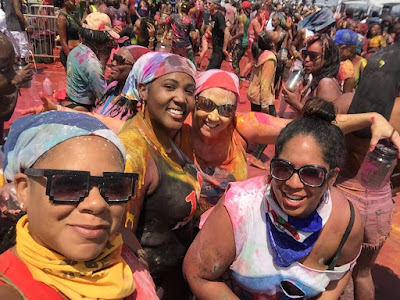 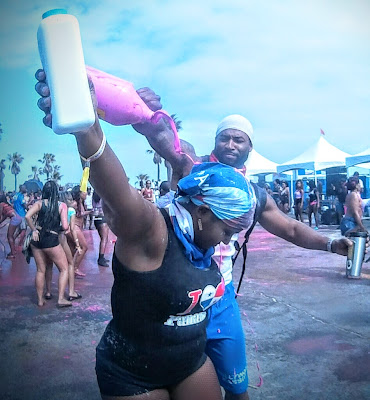 Again it was a brief power nap and then back for the Grand Finale the All White Party.  When I arrived at the Saturday morning fete I knew 3 people there, by Sunday night I had a whole gang of homies!  Sunday night was my favorite fete, we had a time, time, time!!! The vybz were perfect, the music was nice, and the liquor was A-ok.  It wasn’t Bacardi, but I enjoyed the St. Croix Spiced Rum which they did not run out of. 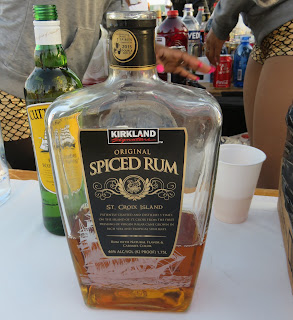 I had an 11:45pm Red Eye flight home, but I got notification that my flight was delayed so we stayed at the fete till 10pm, got some grub, then headed to the airport.  I flew home in my party clothes like some kinda wotless vagabond. SO WHAT?!?!  I had business to handle in ATL Monday morning.   I did wash my face and brush my teeth in the airport. 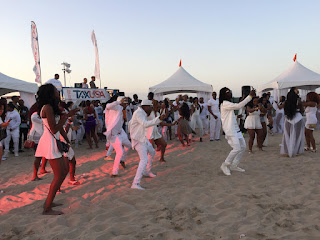 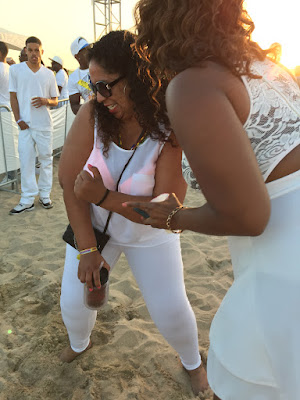 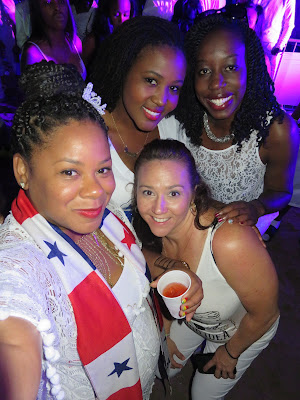 Even having missed 2 fetes, I totally got my $100 worth.  Now those that paid $235 or those that were expecting these announced artist that we didn’t see (not saying they weren't there, I just didn’t see em) they might not be able to say the same.  Taking the good and the bad, I still had a great time!  Today's lesson = Buy Your Tickets Early