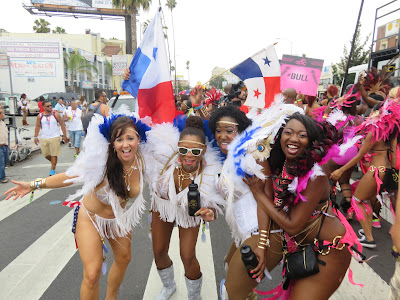 The new addition to my 2015 carnival roster was Hollywood Carnival aka Los Angeles Culture Festival.  The Cali girl is HOME SWEET HOME!!!   Still a relatively new carnival, it’s still small, but has great vybz and I see serious potential.  Purchased a festival party pass for $65 and it included the fetes for Thursday, Friday, and Saturday night… not too shaby dammit!!!   I landed Thursday evening and was off link up with the usual suspects (Amber, Vanessa, Jermaine, and Michelle) and fete fete fete!!! 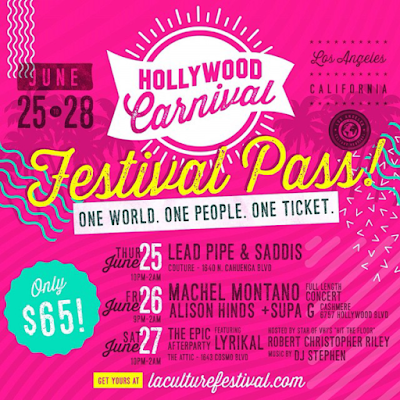 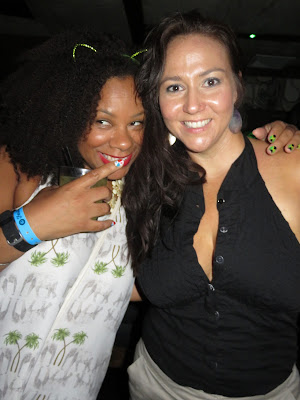 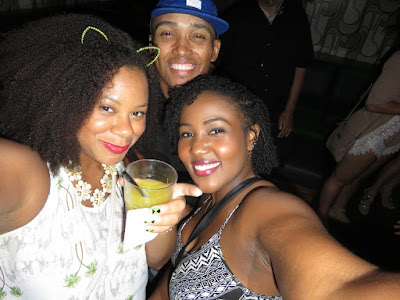 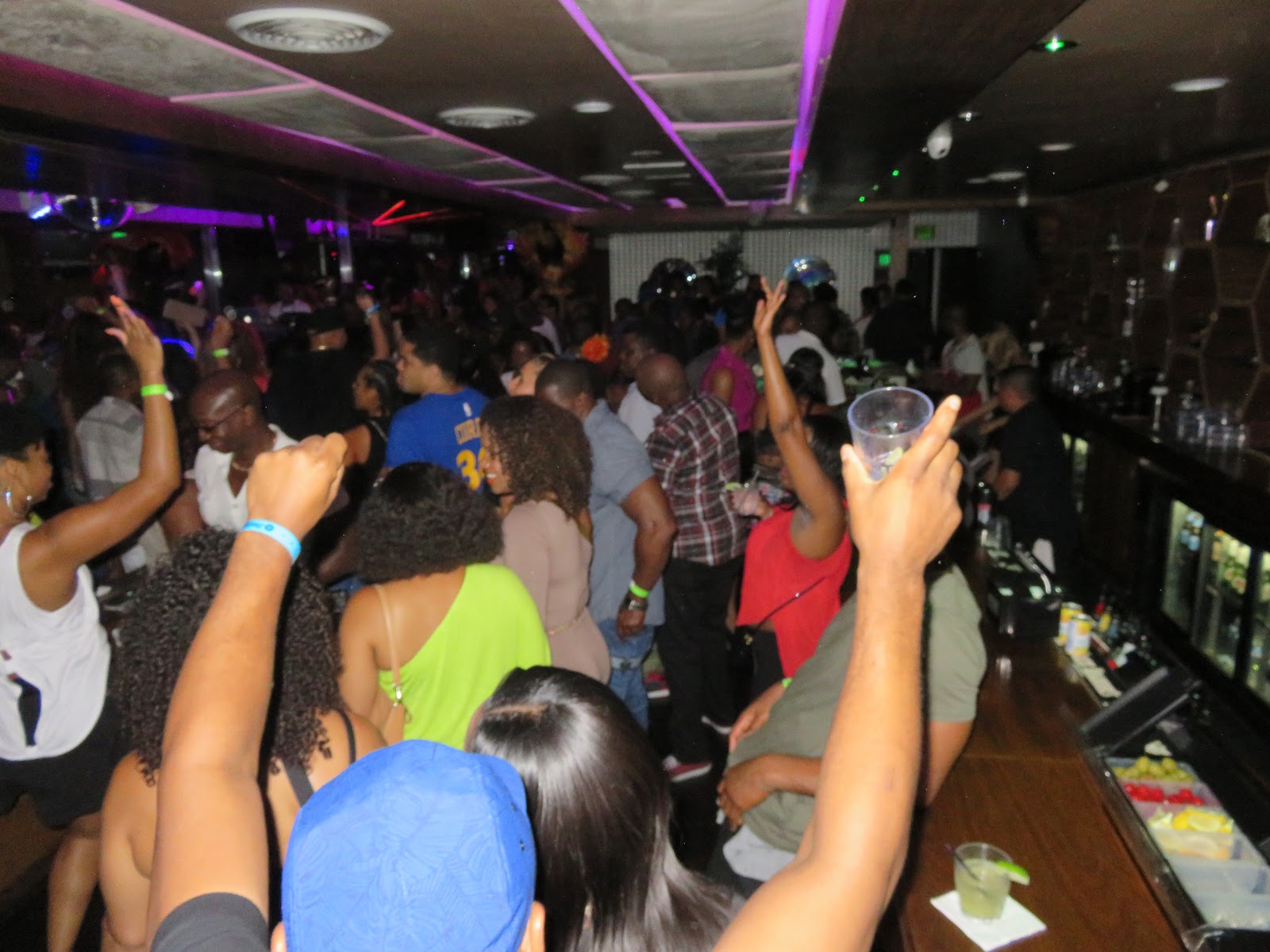 Friday we picked up our costumes from Epic Mas camp and I must say that was THE BEST costume pick up I have ever experienced.  The customer service in the band is impeccable.  We were instructed to lounge by the pool and have some cocktails while we waited for our turn to collect our costumes.  They had a DJ on the 1’s and 2’s and the short wait flew by, after costume pick up everyone was inviting to stay and keep chillaxing, but we headed off to the beach. 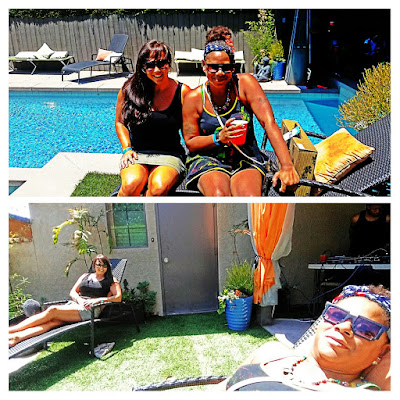 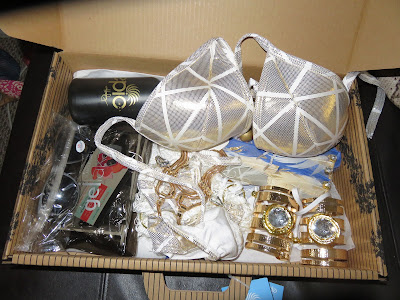 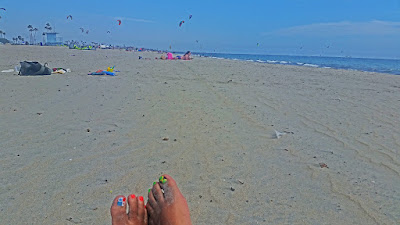 Friday night we headed back to Hollywood to fete fete fete more. The clubs in LA close at 2am, which is madness in the Caribbean world cause we are use to partyn until di sun come, but the time difference had my body feeling like I was partyn till 5am, so it was all good. 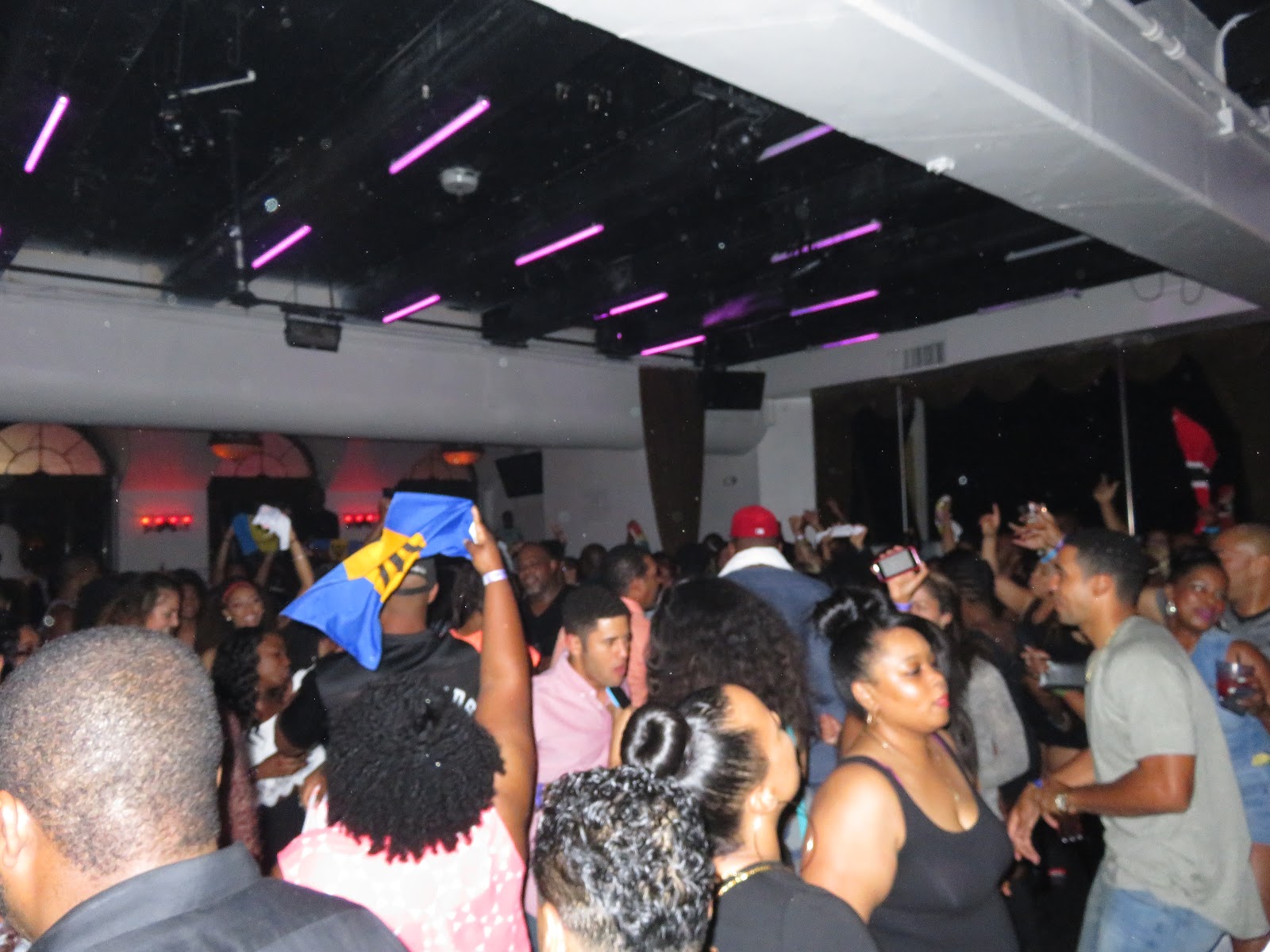 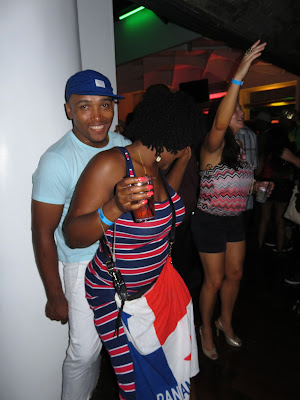 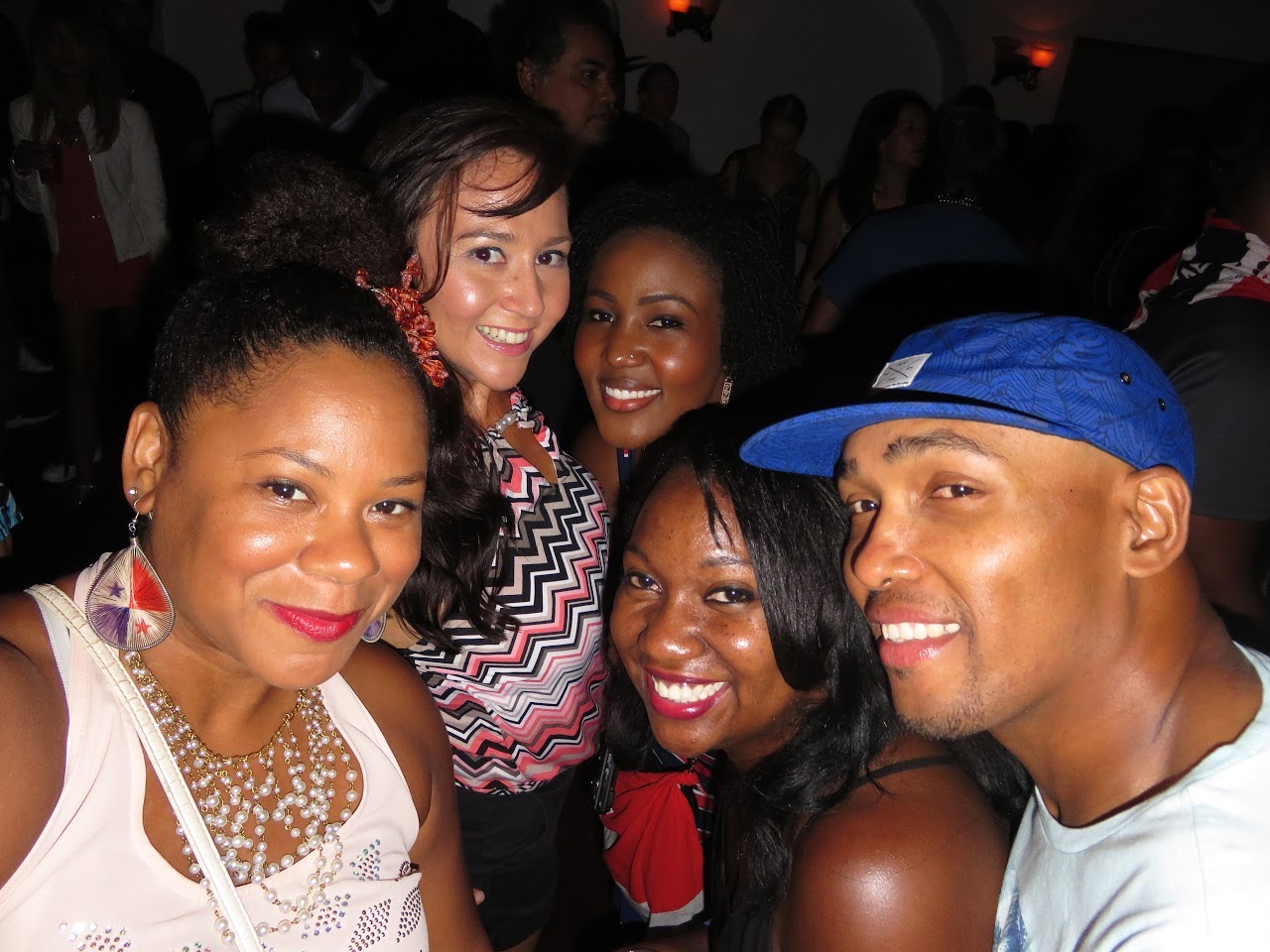 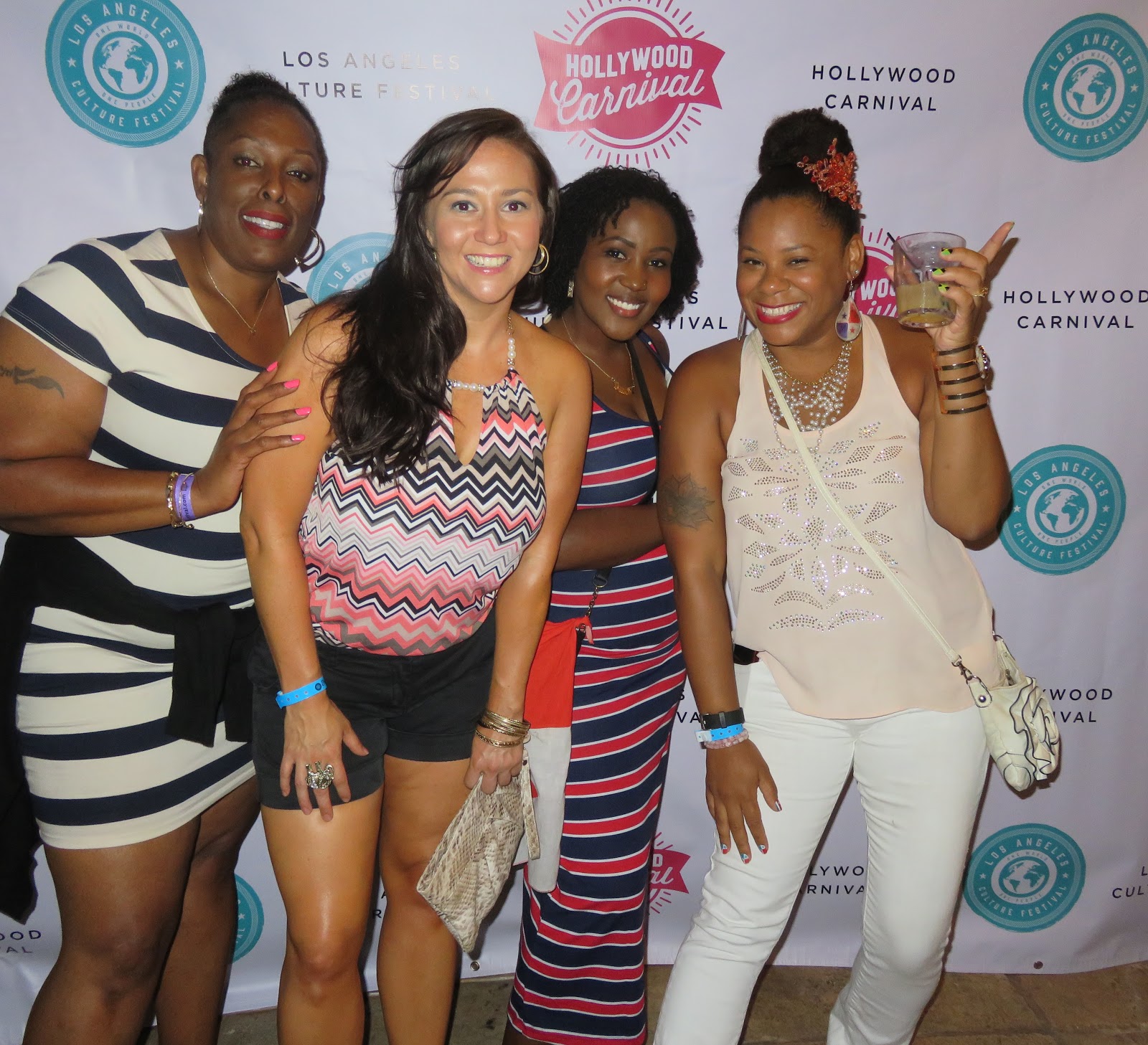 Saturday morning we got our lives together nice and early and made it out to the parade route at 10:30am.  Now if you know how I operate at carnivals, you know I usually arrive whenever the *BEEP* I feel like it. Being that the parade was scheduled for 11am-3pm, (it lasted longer BTW) I came on time cause I didn’t want to miss one minute.  Sadly Hollywood carnival does not allow alcohol, I’m just glad that I knew this in advance and didn’t end up with a repeat of Toronto carnival being sober on di road. NO BUENO!!! There were rumors that the band had a secret stash, but we came with rum in hand and ran our azzes in di liquor sto for MO!!!

The parade starts out with the culture fest with various countries showcasing their awesomeness, then towards the back the parade turns into Bikini Mas. The vybz in our band were great, the band had plenty security although I was say that they were not needed because the stormers and spectators were very respectful.  The end of the parade was a bit confusing as has the band went into the carnival village and the other half went to the stage, I’m sure they will work out those kinks next year. 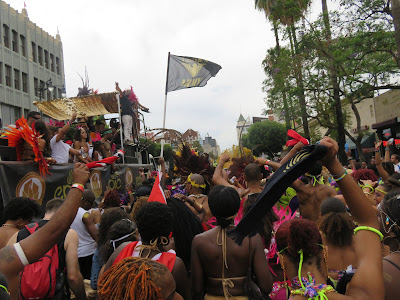 Saturday night we didn’t feel like going out. Instead I stayed up editing video and made the quickest road march video EVER in my life of vlog’n.  Clicky Clicky to watch!!!

The Sunday fete offerings include a day party and a boat ride, but my Sunday shall include more mimosas and more beach. 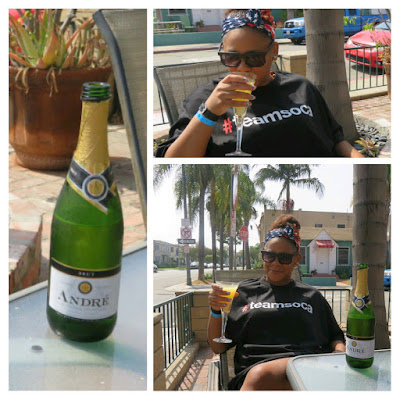 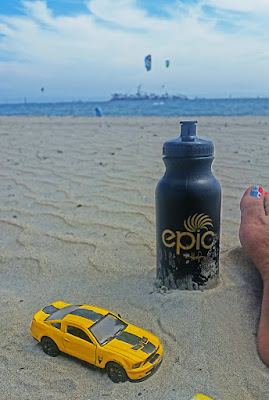 Hollywood carnival gets two thumbs up from me, as Arnold would say, "I'll be back".  Maybe next time I can convince my cousins to touch di road with me.

PS:  Shout out to the hostess with the mostess for always taking care of me when I come out to LA.