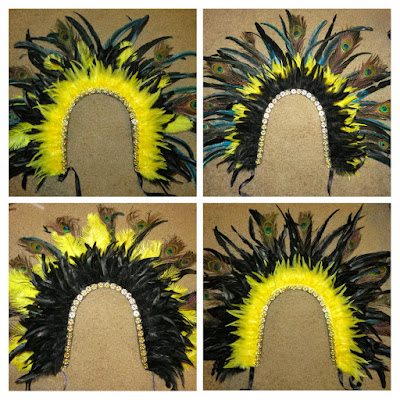 Sooooooooooooo I decided to stop procrastinating and knock these remaining feather collars out!  These collars were made to match our Atlanta carnival tshirts.  A few lovely ladies decided to join me in the “Cut up tshirt, turned into a costume section” like I did for Jamaica carnival 2015 and ATL carnival 2013.  All these collars were pretty much made the same so I am only going to do a tutorial for one.


Started with the cardboard frame cut in an oval shape.  Hot glued the metal wire for support and then upholstered one side.  Glue black ribbon to the bottom of both sides so that the final product can be tied to the masqueraders back 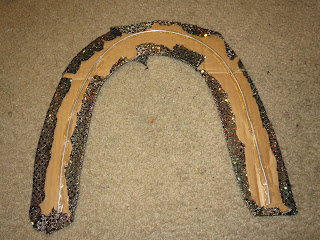 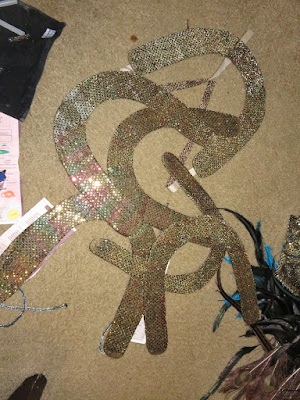 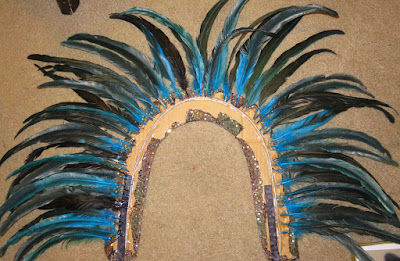 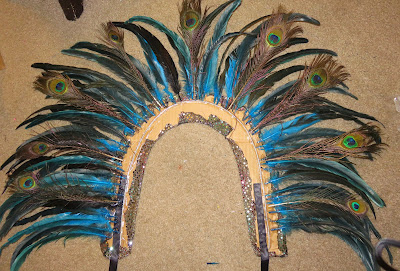 Glue one yard of yellow feather trim with the feathers facing down. 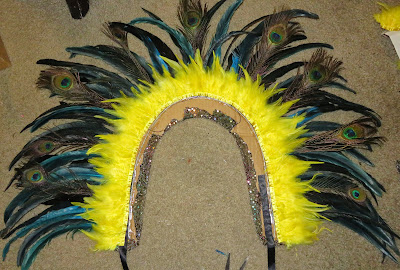 Glued another yard of yellow feather trim with the feathers facing up. 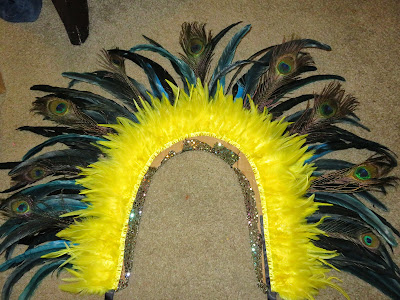 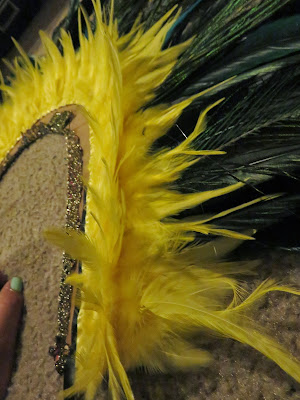 Glued one yard of black feather trim with the feathers facing up. 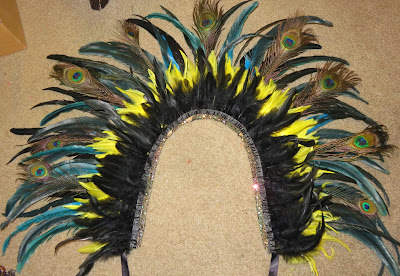 Glue one yard of gold trim chain for finish it off. 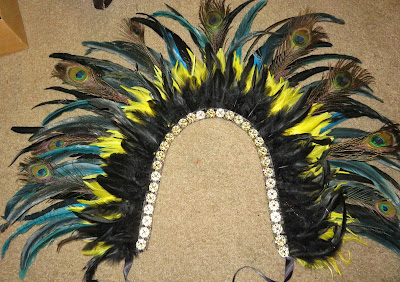 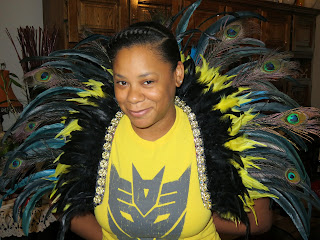 I decided to make the collar that I’m wearing slightly different.  I went with a lot less feathers, but bigger feathers.  Ignore that one feather that is just doing his own dayym thing.  I named him Ted and I’ll deal with Ted later! 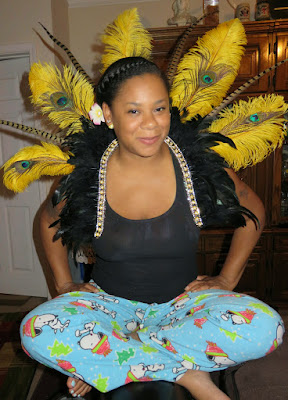 Video tutorial of a different collar
By AngelaPanama at May 13, 2015