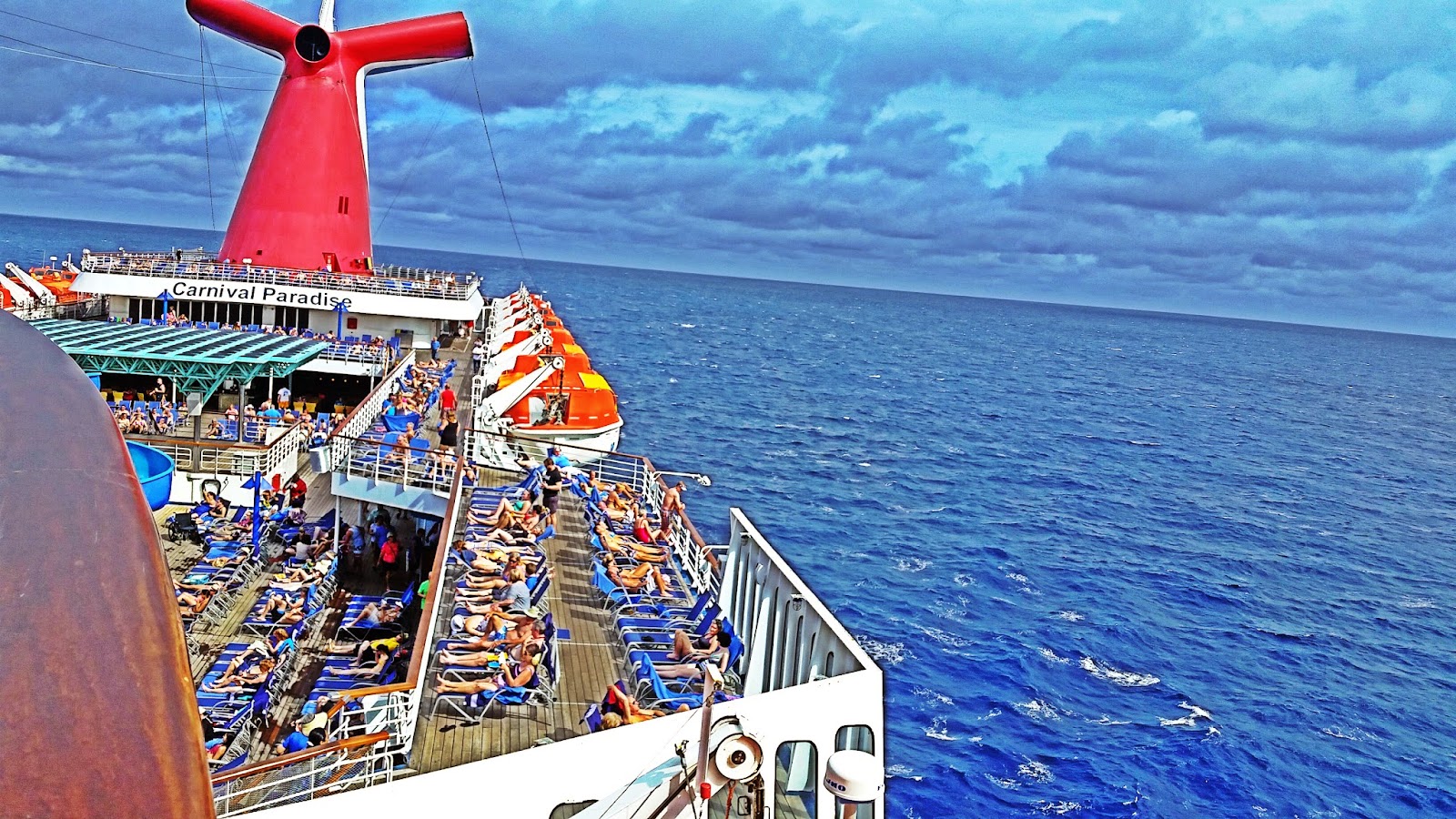 I decided that I wanted to do a quick get away with the kid to someplace warm.  Miami temps weren’t warm enough so leaving the country was a must.  Entered a few destinations in my handy dandy cost estimate spreadsheet (2 flights, 3 nights hotels, activities, food, etc)  then entered the cost of a cruise into my spreadsheet and cruise won Hands Down.  I’ve never been inclined to take a cruise before, but the deal was so sweet I figured, “Why the hell not?”  Cruise was $159/each + $100 taxes + $100 gratuities + $110 excursion = $628 not bad for 4 days of fun for 2 people.


Now don’t forget to book through http://aa.cruises.com/ or http://www.skymilescruises.com/ or the other airlines versions so you can earn airline miles for your cruise.  You know I’m all about earning airmiles when I’m on the ground.
I booked a cruise to Cozumel because my daughter had been asking me for a while to go back to Mexico. So that meant that we had to take a road trip to Tampa and if you know me, you know I am NOT about that road trip life.  Luckily gas is practically free now a days.  Parking at the Tampa Port Authority is $15/day so I researched alternatives and found a highly recommended The Parking Doctors for $8/day. 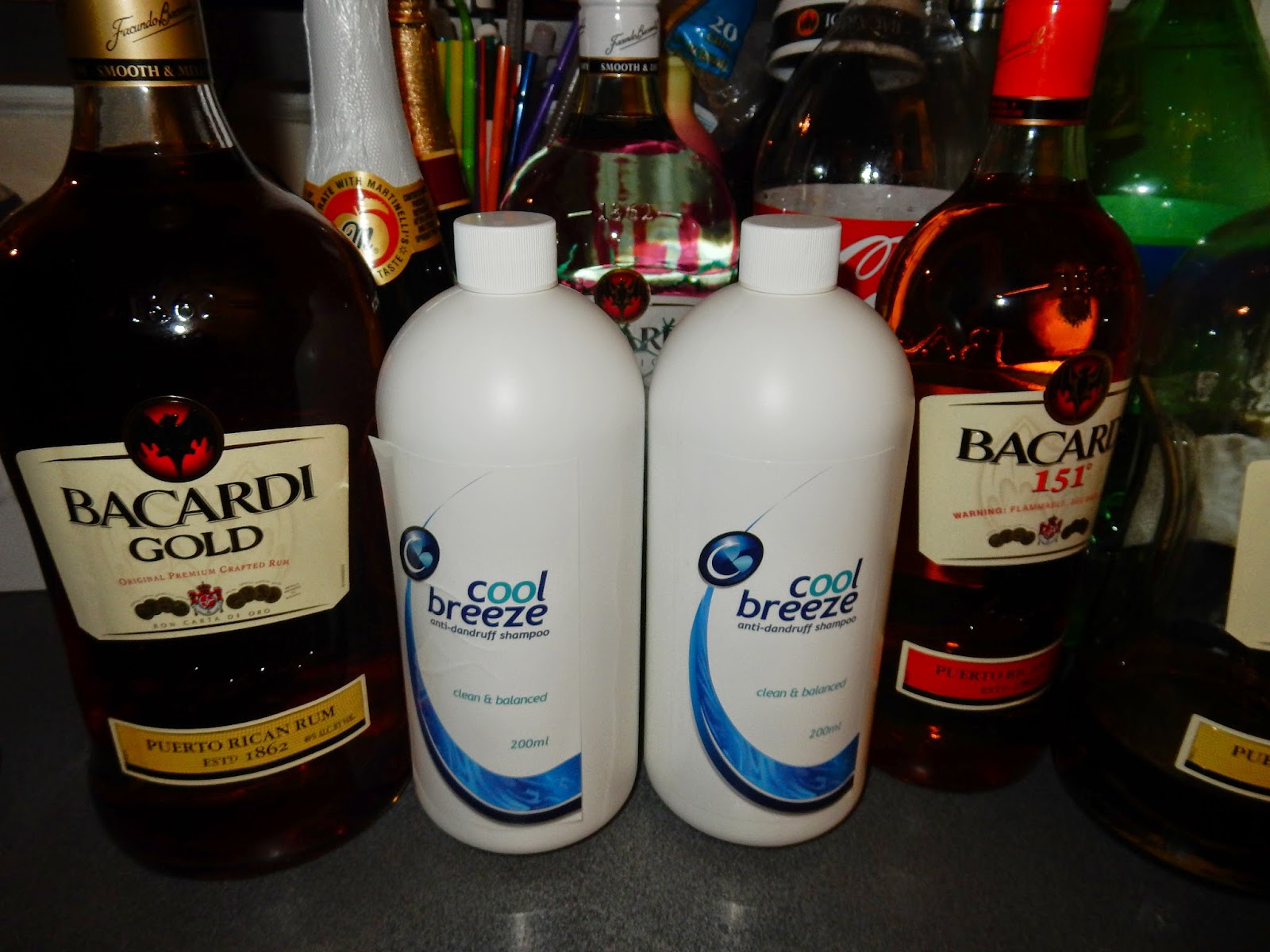 Cruises provide juices during breakfast and Ice Tea & Lemonade during lunch/dinner but other times through the day you have to buy your own drinks. They allow you to bring non alcoholic drinks with you so I brought OJ, Pineapple juice and Capri Sun. I also bought my daughter the "Bootomless Bubbles" package on the ship for $5/day so she could get drinks whenever she liked.  Now the most important thing for me was to get booze on the cruise.  So I purchased these 32oz bottles that look like shampoo/conditioner (Cruise Flasks on amazon/ebay) and filled em up with plenty booze.  My power surge got confiscated by security, but my booze made it safely to my room.  Amen Halleluiah! Luckily I traveled with a smaller power surge because there was only ONE outlet in our room and as you can see that will do me NO GOOD!!! 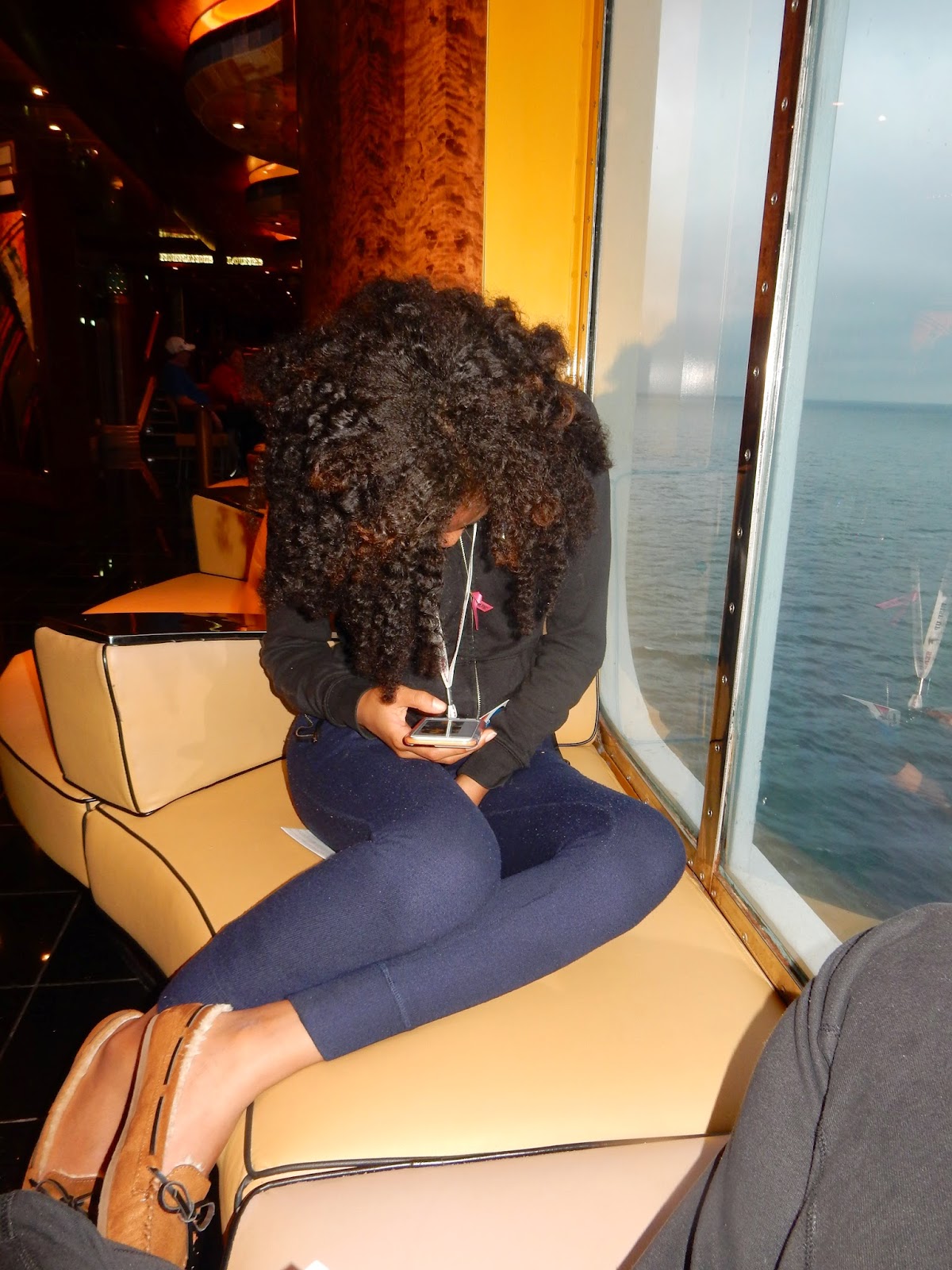 My daughter and I are VERY attached to the matrix so it was very hard for us to detach.  We spent the first 3 hours of the cruise sitting by the window as were still in Florida and still had a strong signal.  After we lost signal we ate dinner and then went to take a nap because we had been awake since the crack of dawn driving down to Florida.  Upon waking up I tried to convince to my child to go to the teen club, but she was like, “Naw son, I don't want to talk to people!”  the only other option was BINGO and she decided we should do that instead.  REALLY KID???   Low and behold we ended up winning $500 in BINGO that night. 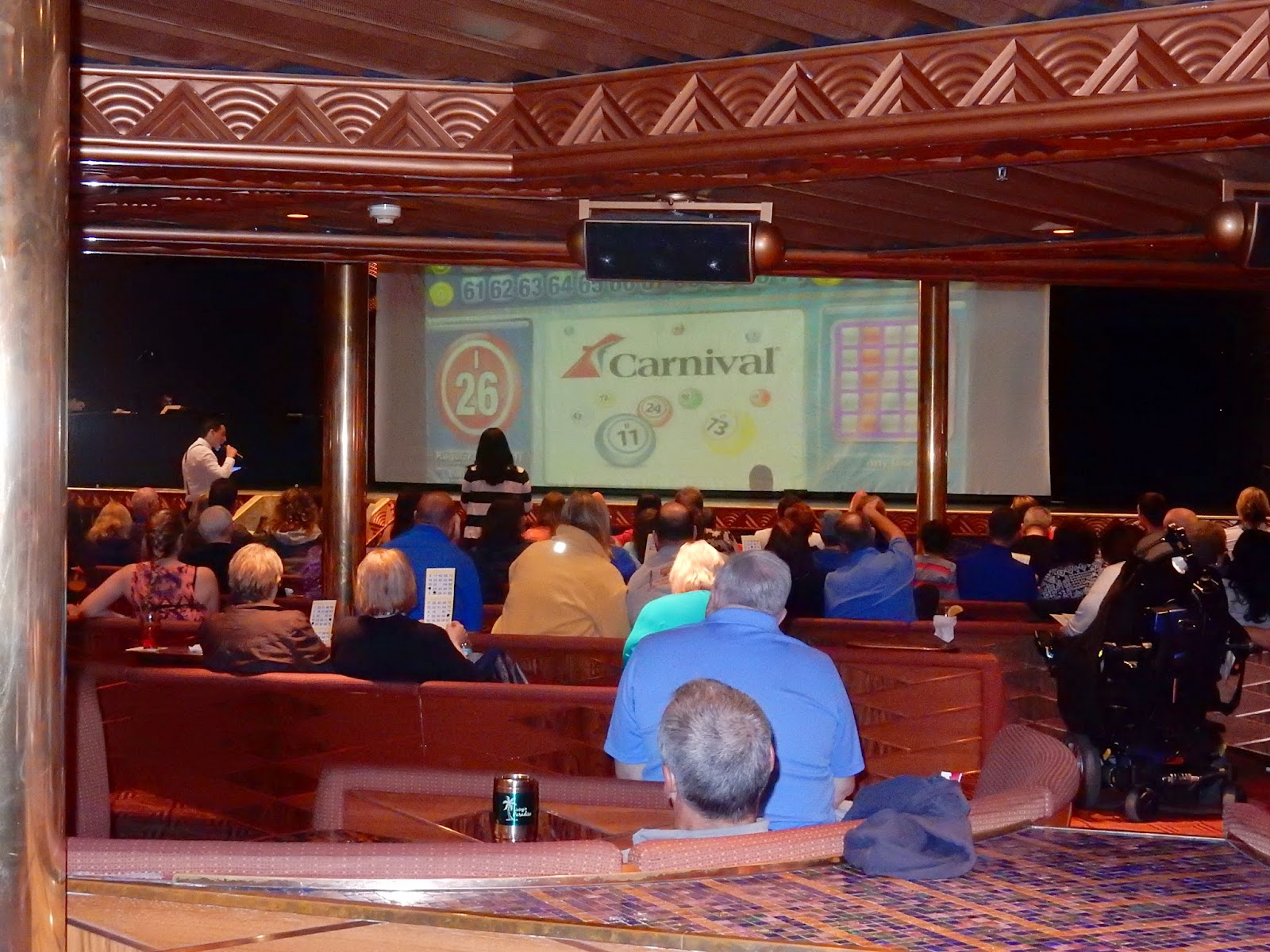 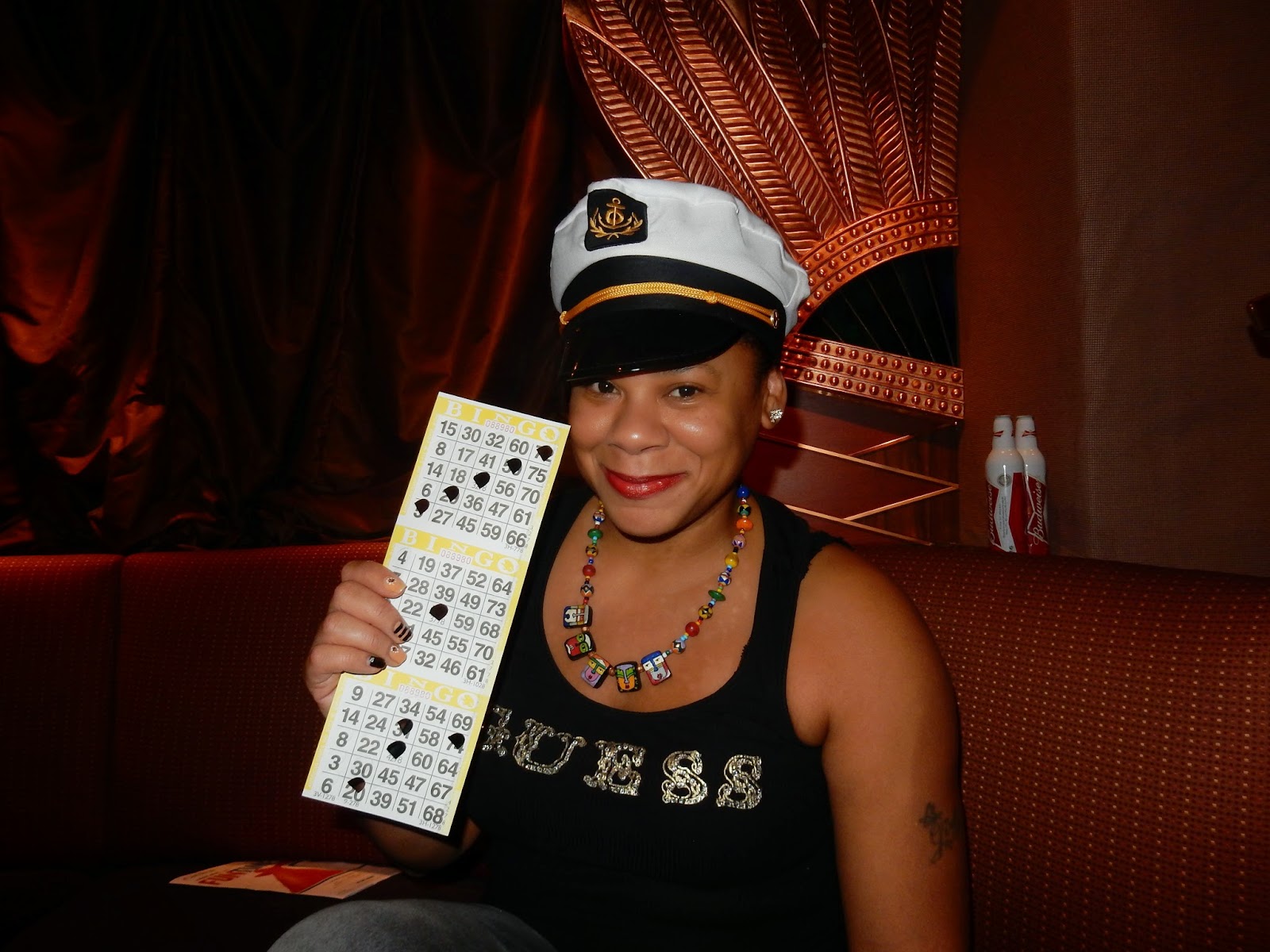 Looking at the ship schedule of activities I knew we were going to have a rough few days ahead of us.  I described the cruise as, “One of the most monotonous, controlled environments I've ever been in, but man o man did I get my drink on! “ 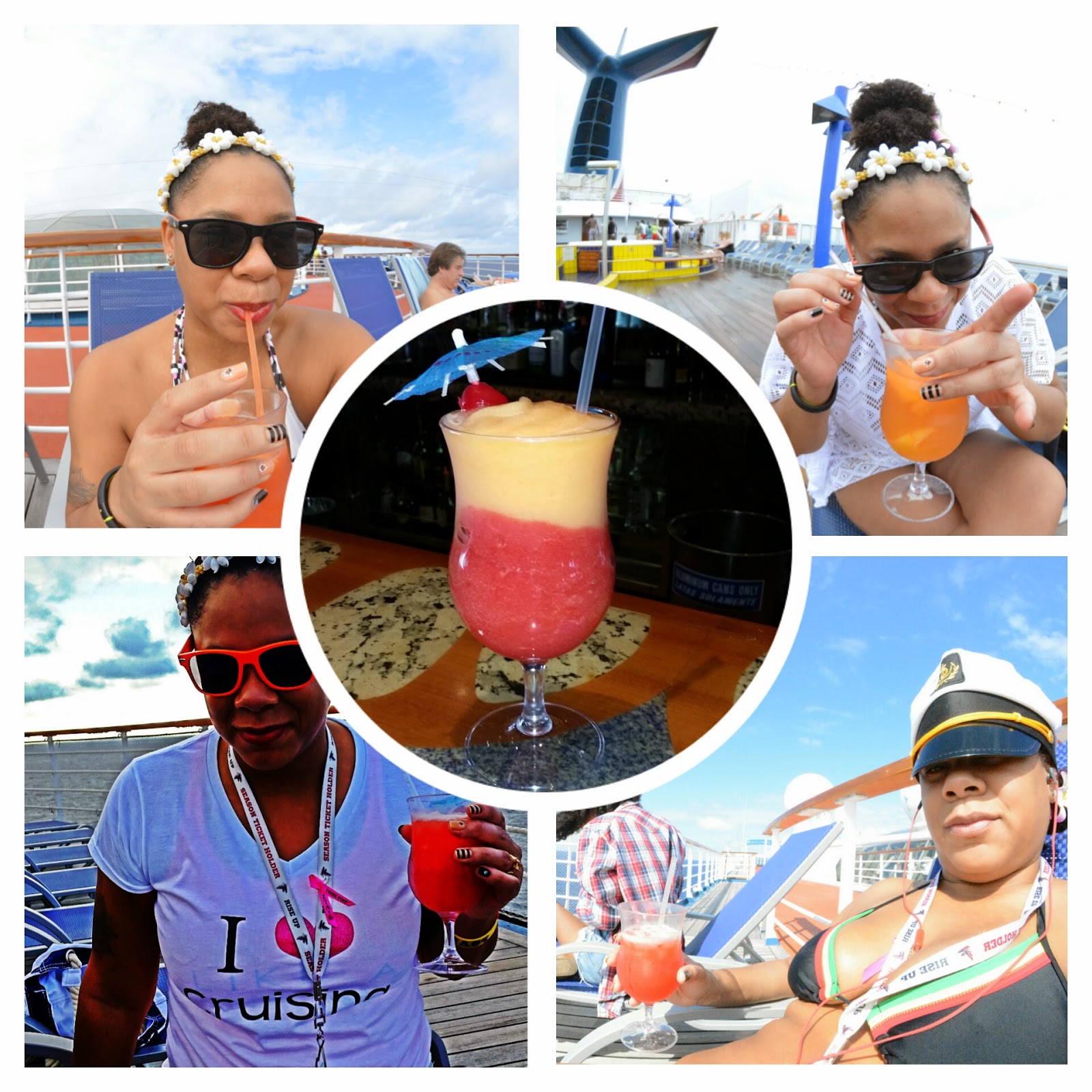 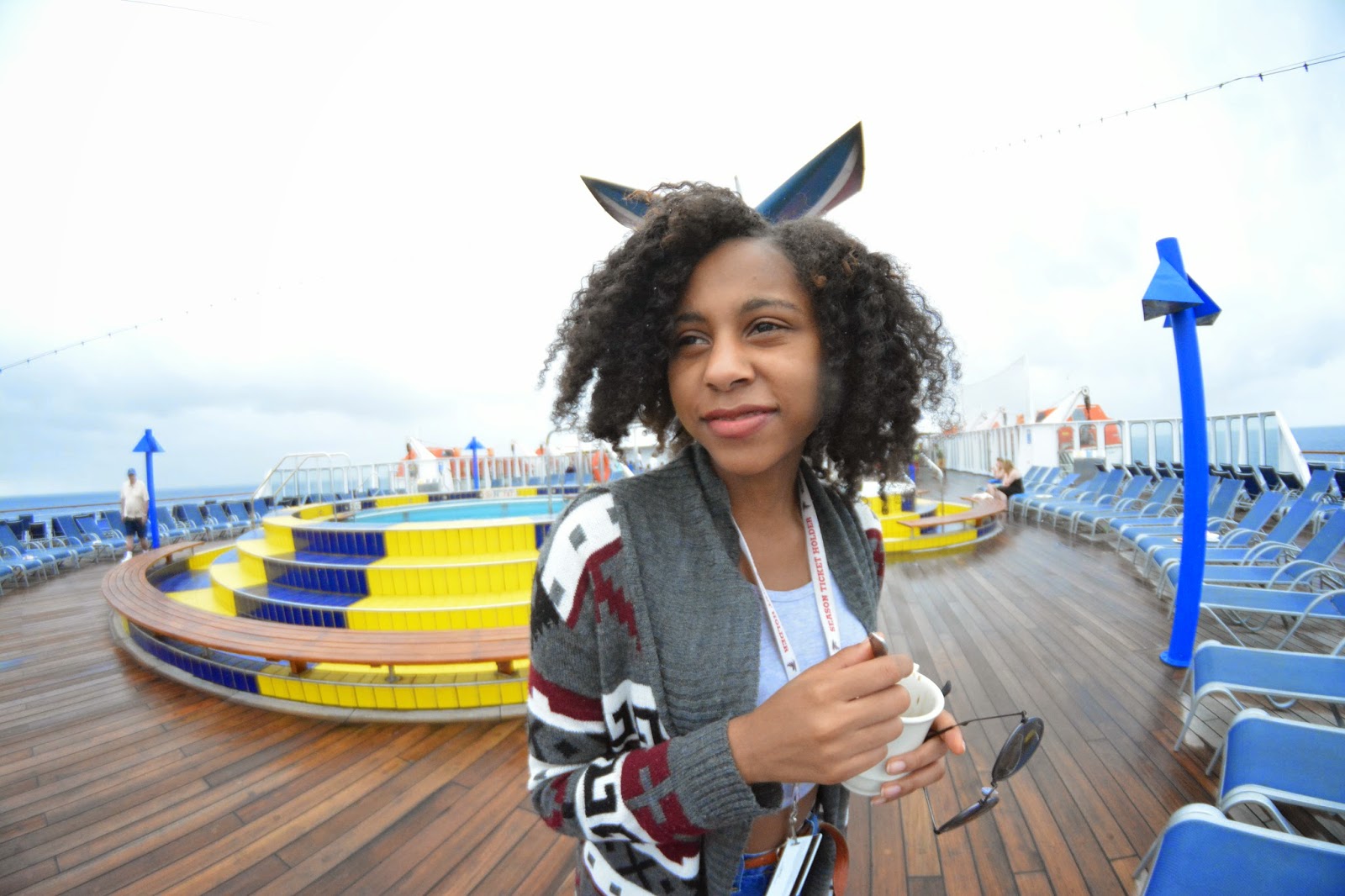 I asked my daughter, “If you were here with your BFF or cousin do you think you could have fun?”  She said, “Maybe”  I think if I was there with my closest chicas I still probably couldn’t have fun.  When on vacay we usually set up shop with Mr. Bose and lots of Bacardi and just booze and chune out, but the ship was too confined for all that.  There is no place that we could be separated from other passengers and I’m sure someone would “rat us out” for blasting our soca and dancehall too loud.  I think I could probably have a good time on a cruise if I was there with my guy and we spent about 40% of the day in our room just “Doing it!” 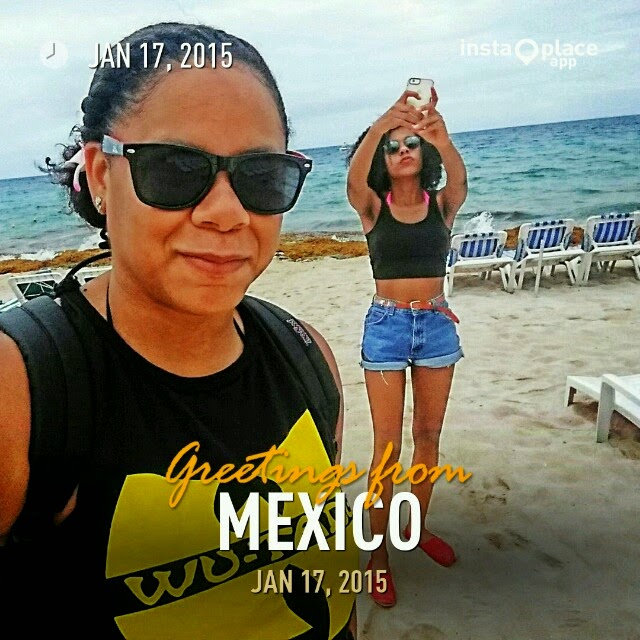 The best part of our trip was our day long excursions in Cozumel.  I did some research and found an excursion package that was better and cheaper than what the cruise ship was offering.  ATV tour through the jungle,  explored some old mayan caves,  visited a sacred cenote (mayan sinkhole),  relaxing on the beach, snorkeling in clear blue water filled with friendly fish that didn’t mind swimming right up to you 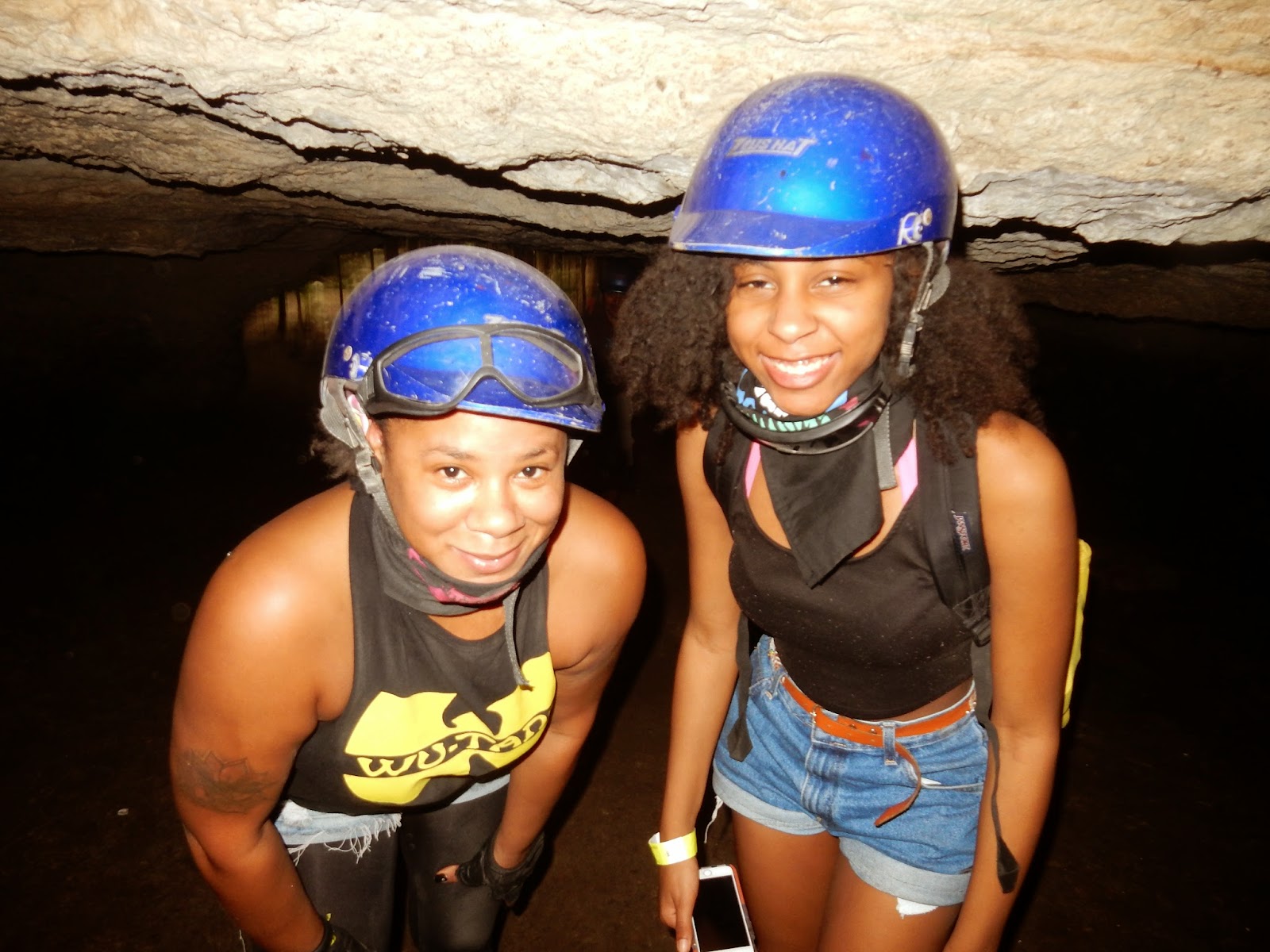 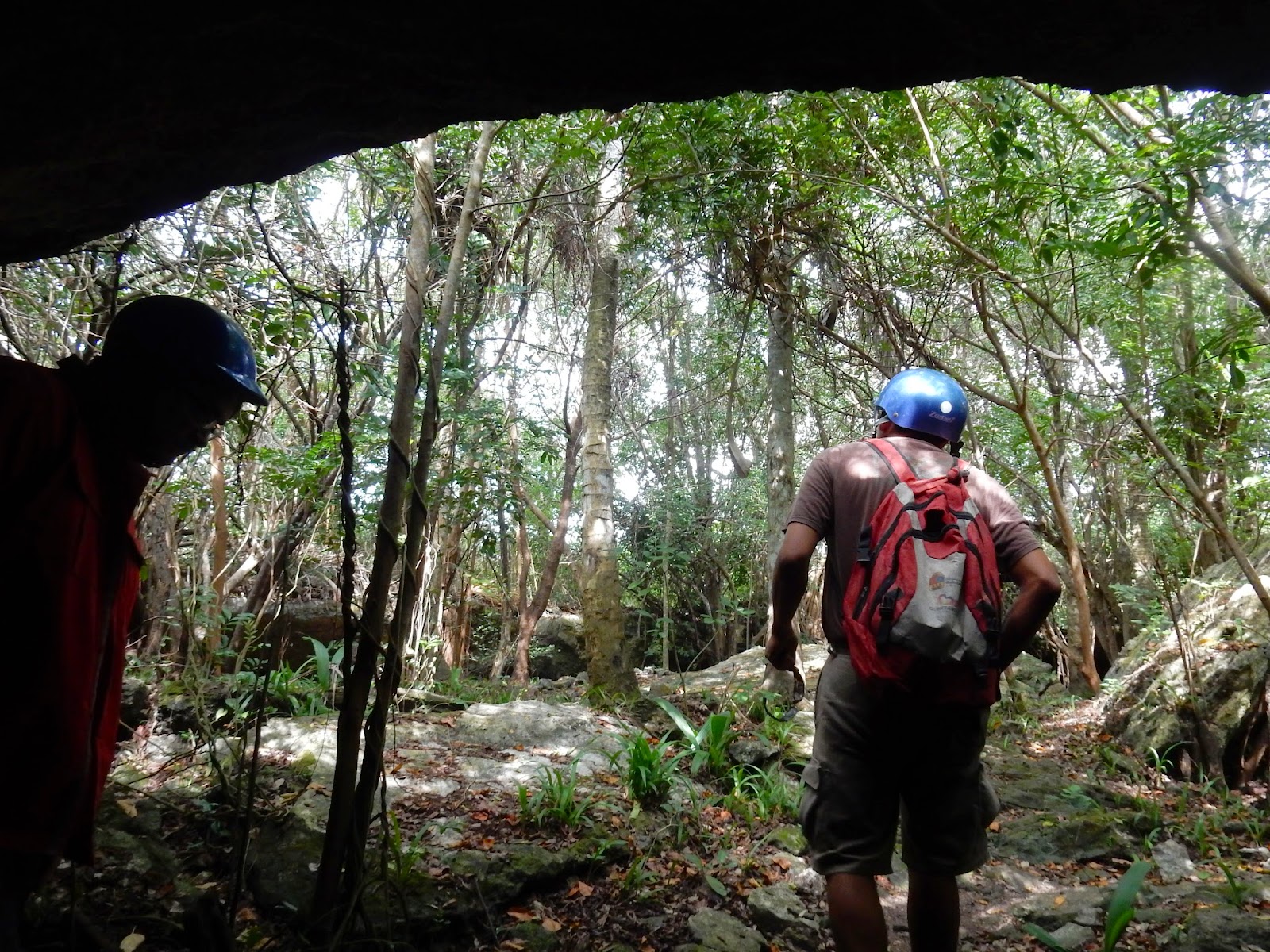 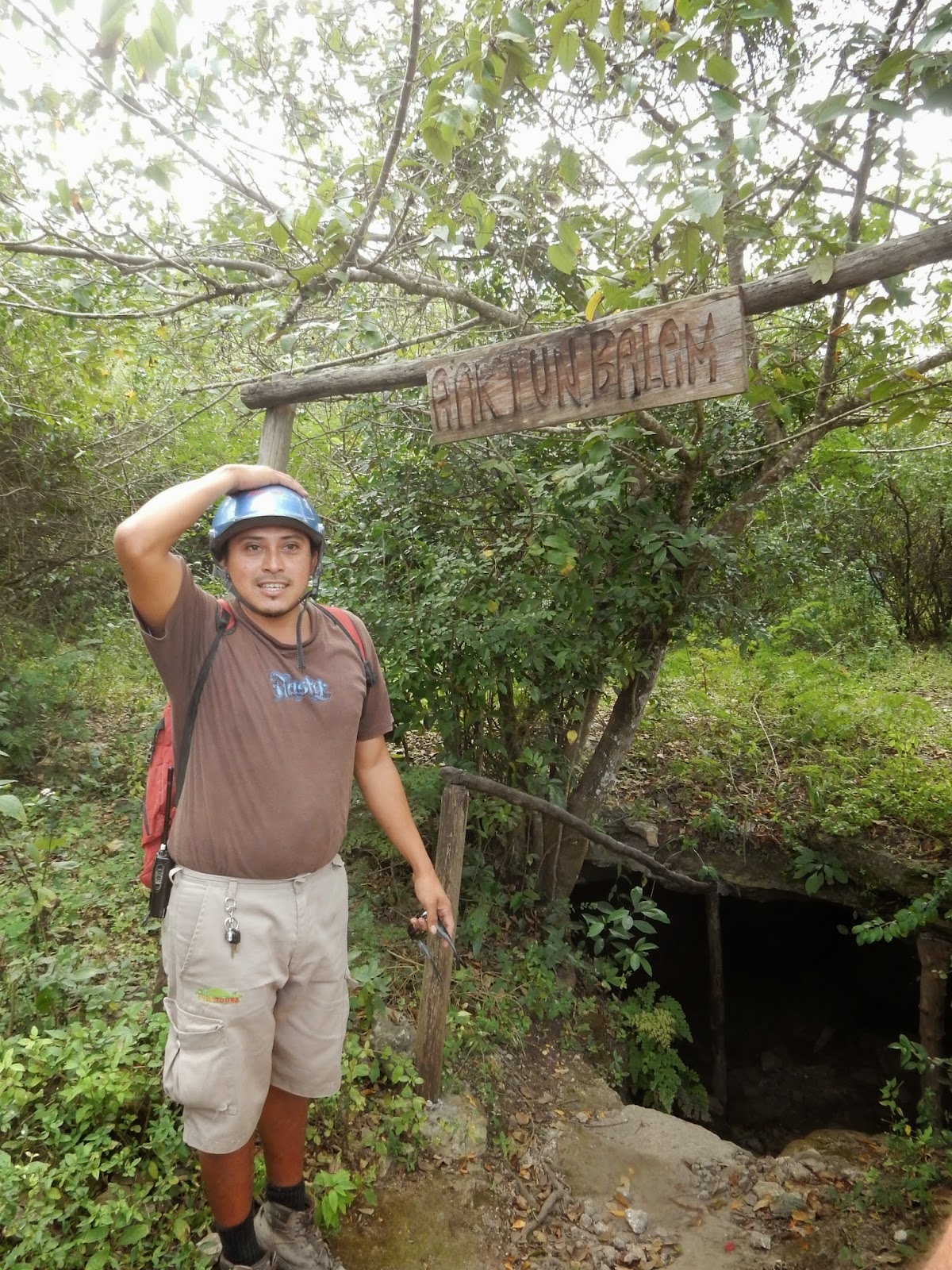 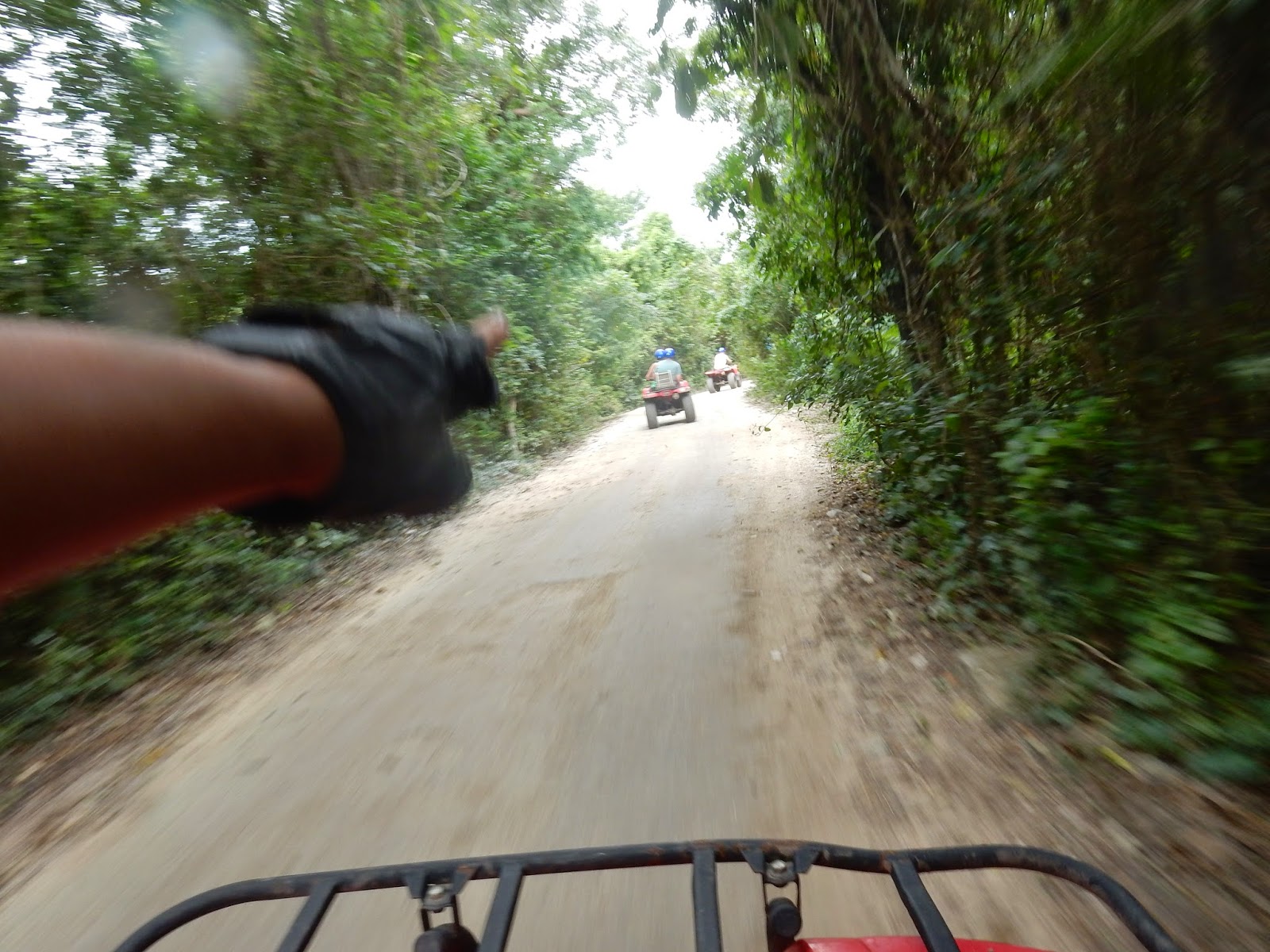 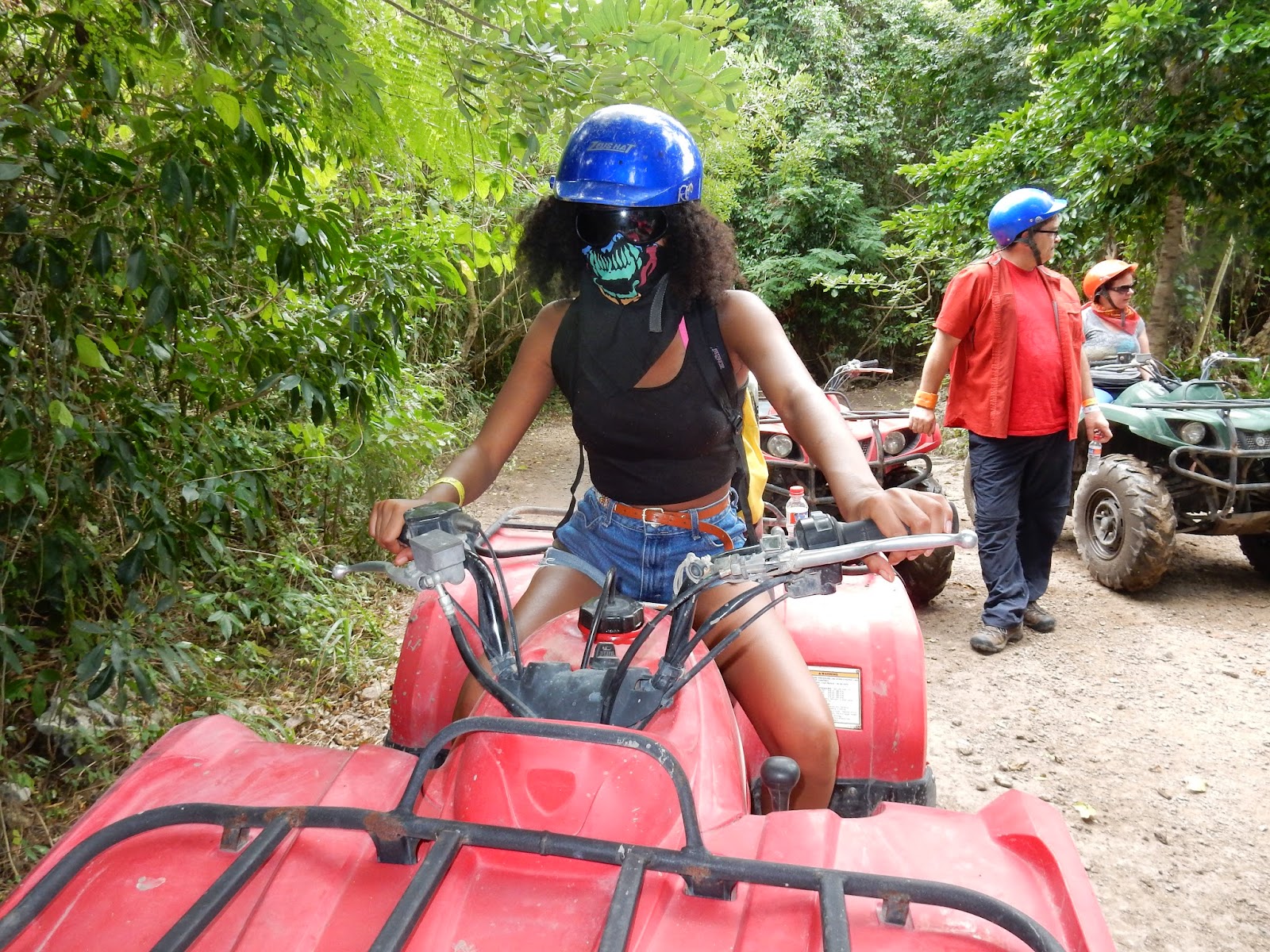 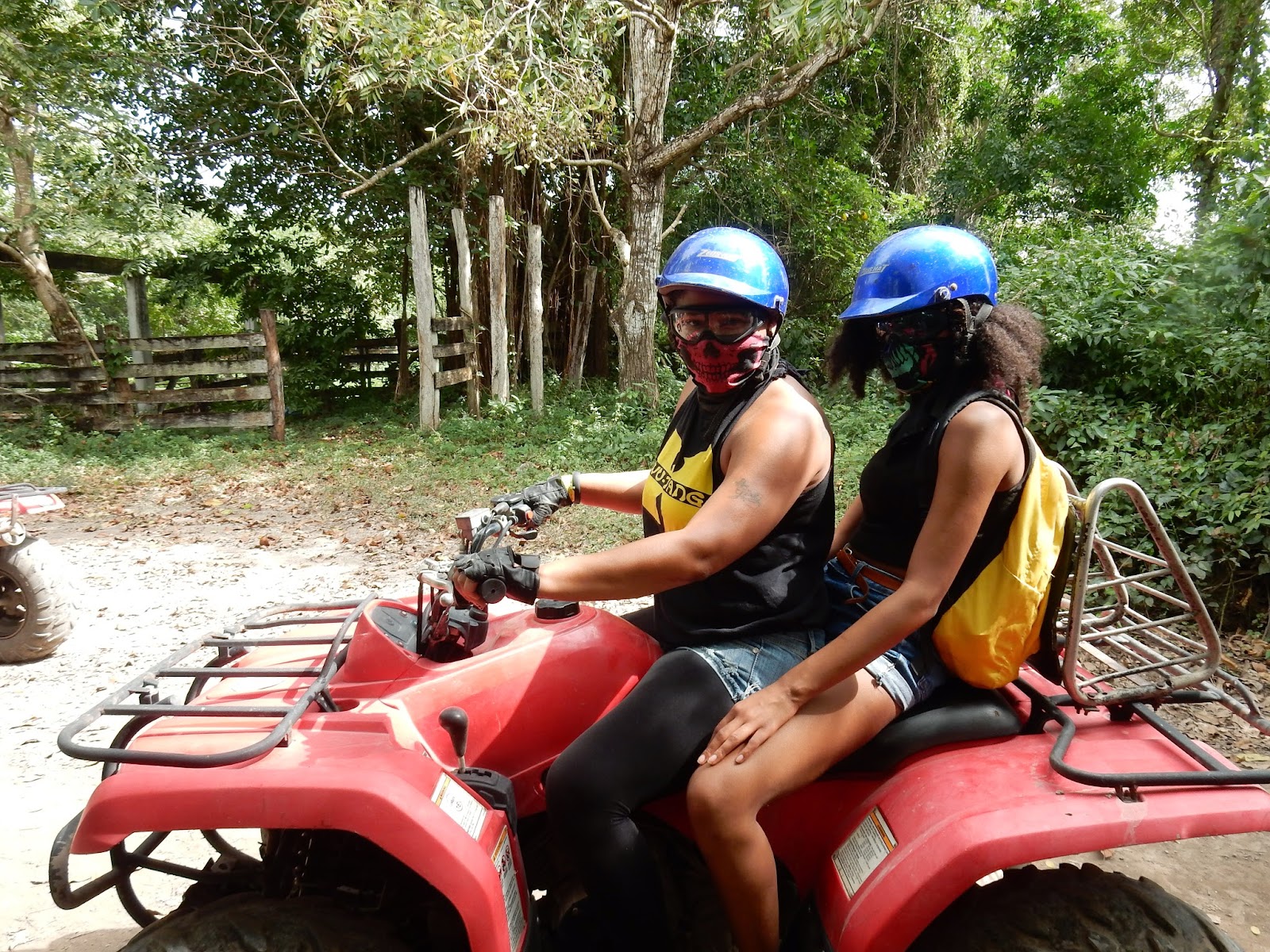 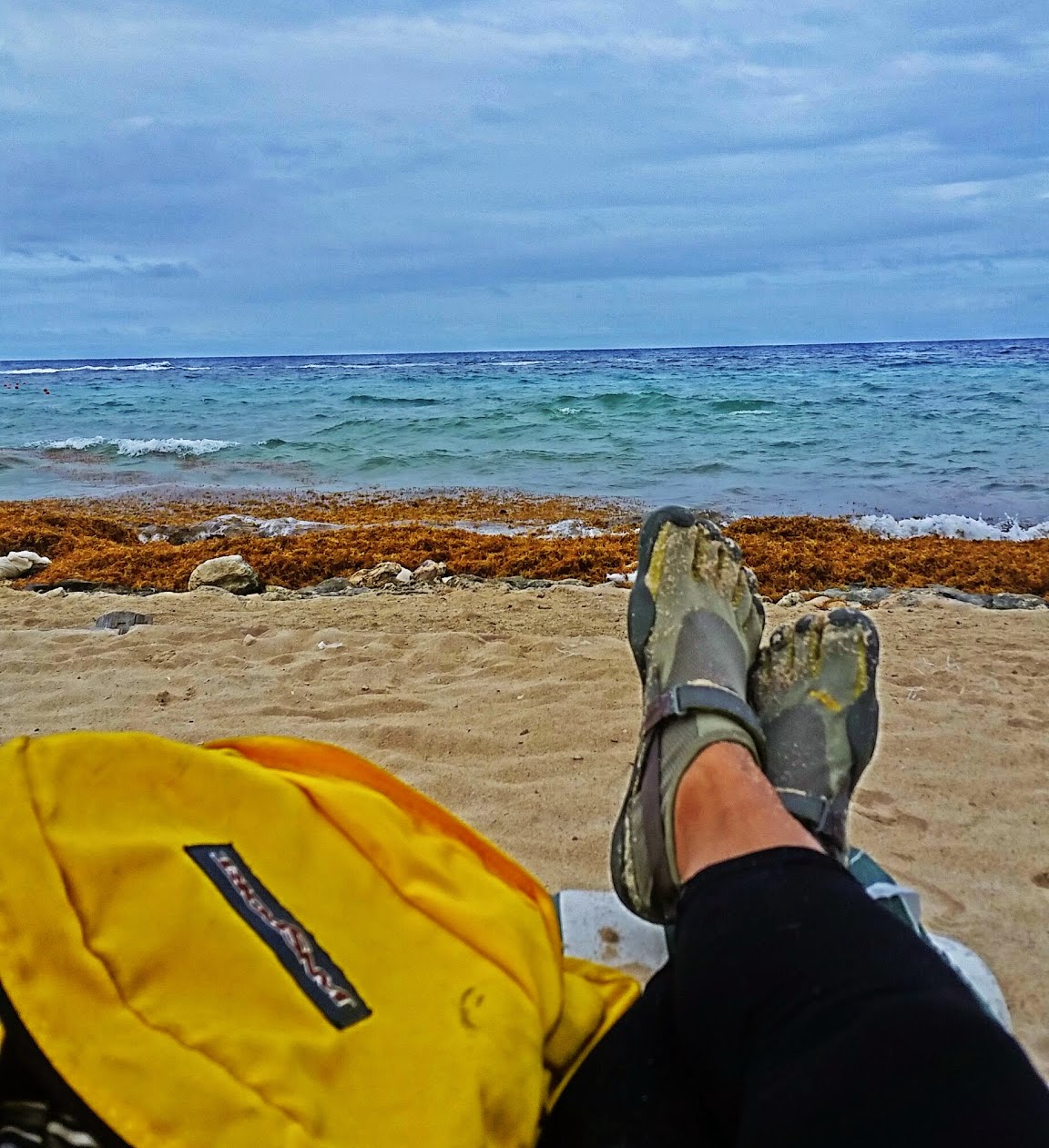 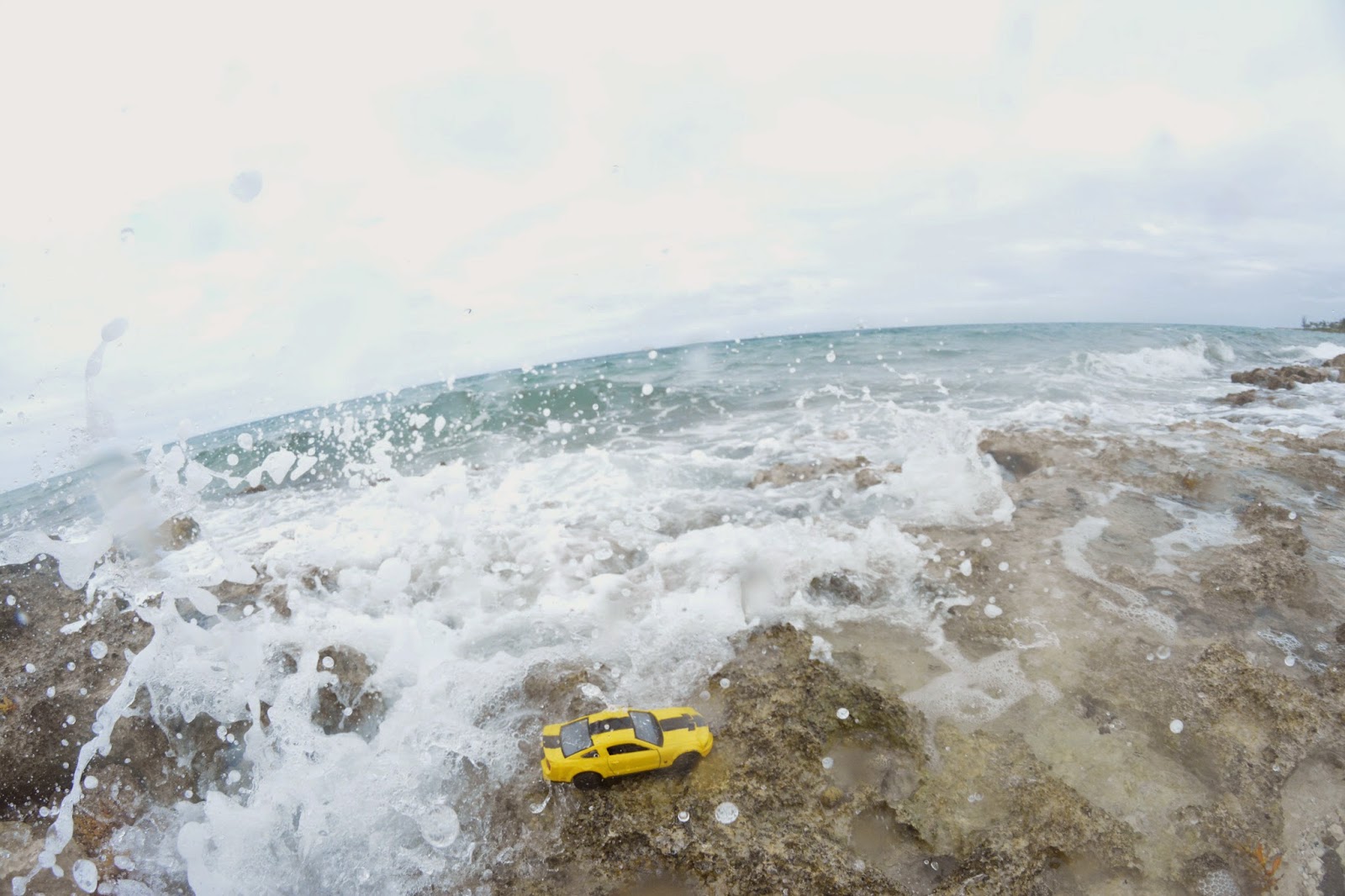 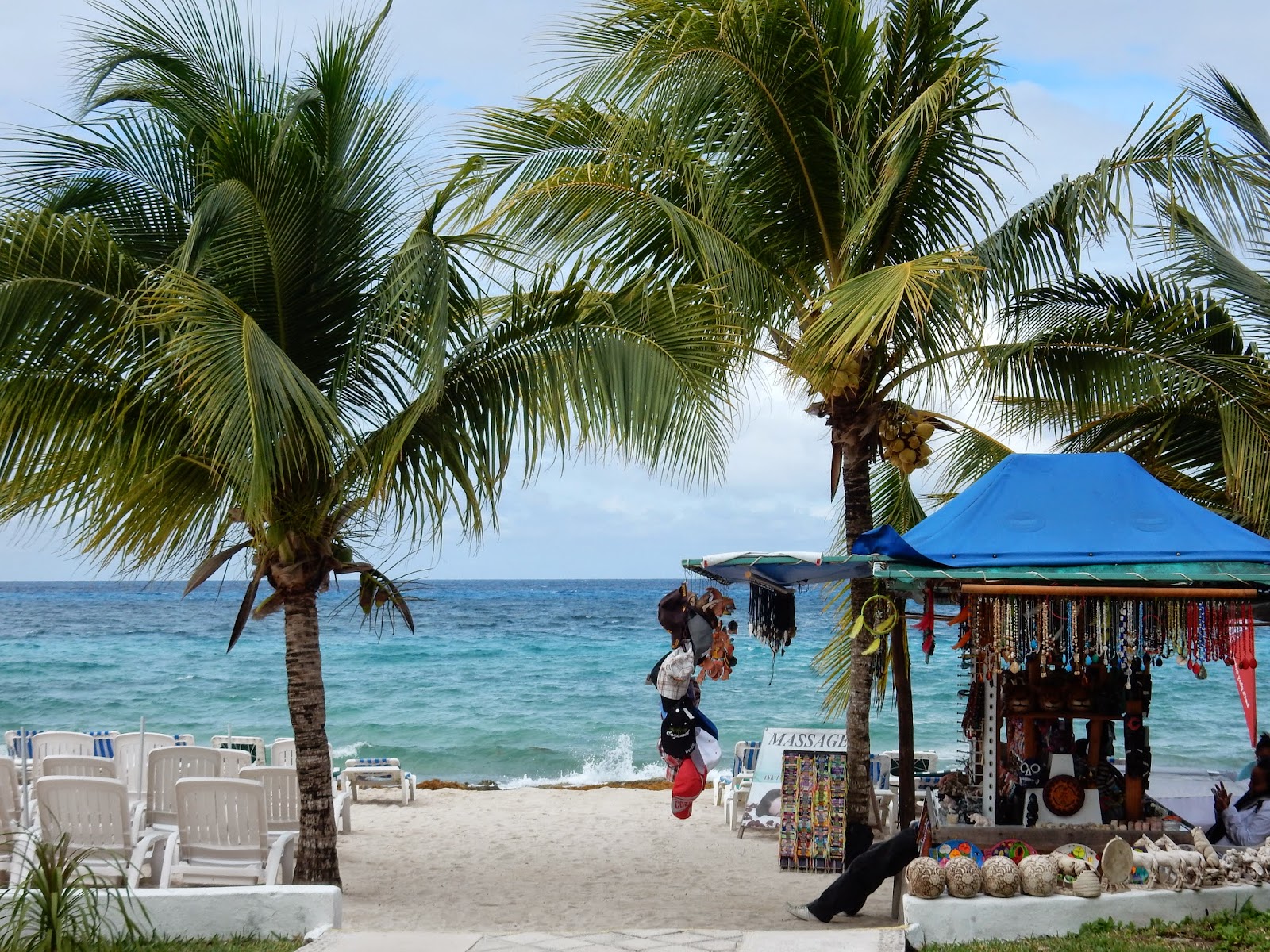 My action camera started dying which is why the snorkeling pix look crazy.  Not having the best luck with my cameras on recent trips.  Now I can finally buy that GoPro I’ve been wanting.


We really dreaded getting back on the cruise ship. If only I was rich and could have just bought us a plane ticket home instead.  We get back on the ship and everyone else seems to be having a blast and all I could think was, “What’s wrong with these people?”  lolololol   Yes I refuse to accept that the problem is ME! I described the experience as being trapped on a moving Alcatraz, but I was informed that I was just being Dramatic! To those that have never been on a cruise, don’t let my words deter you, as you can see the other passengers enjoyed it.  I am just an odd ball. 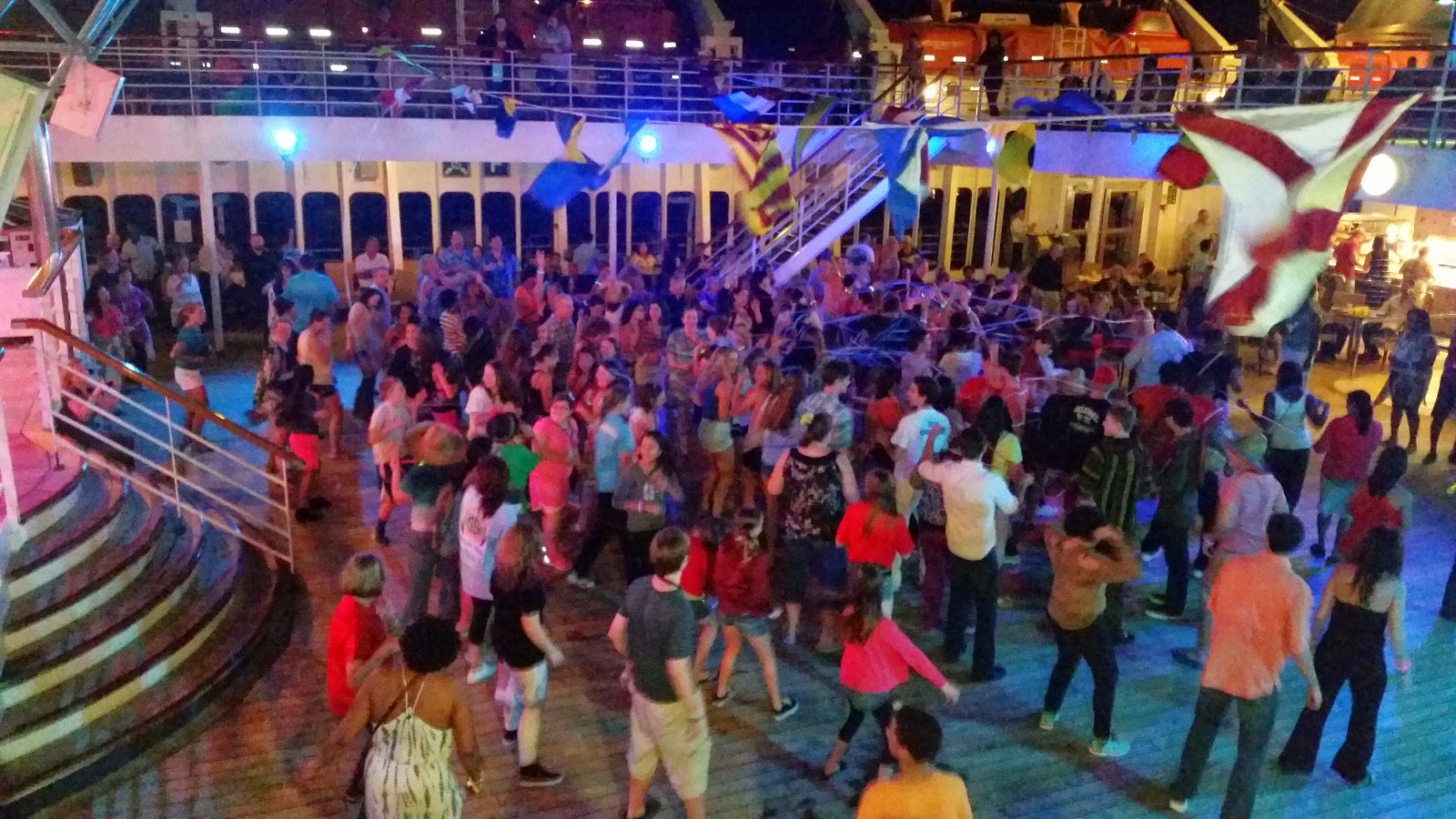 The kid and I decided that we will give cruising another try on either an urban or Caribbean themed cruise or a Disney cruise.  Also we decided that 3 days is the most we can spend on a ship.  It was beautiful, just too confined for my taste. 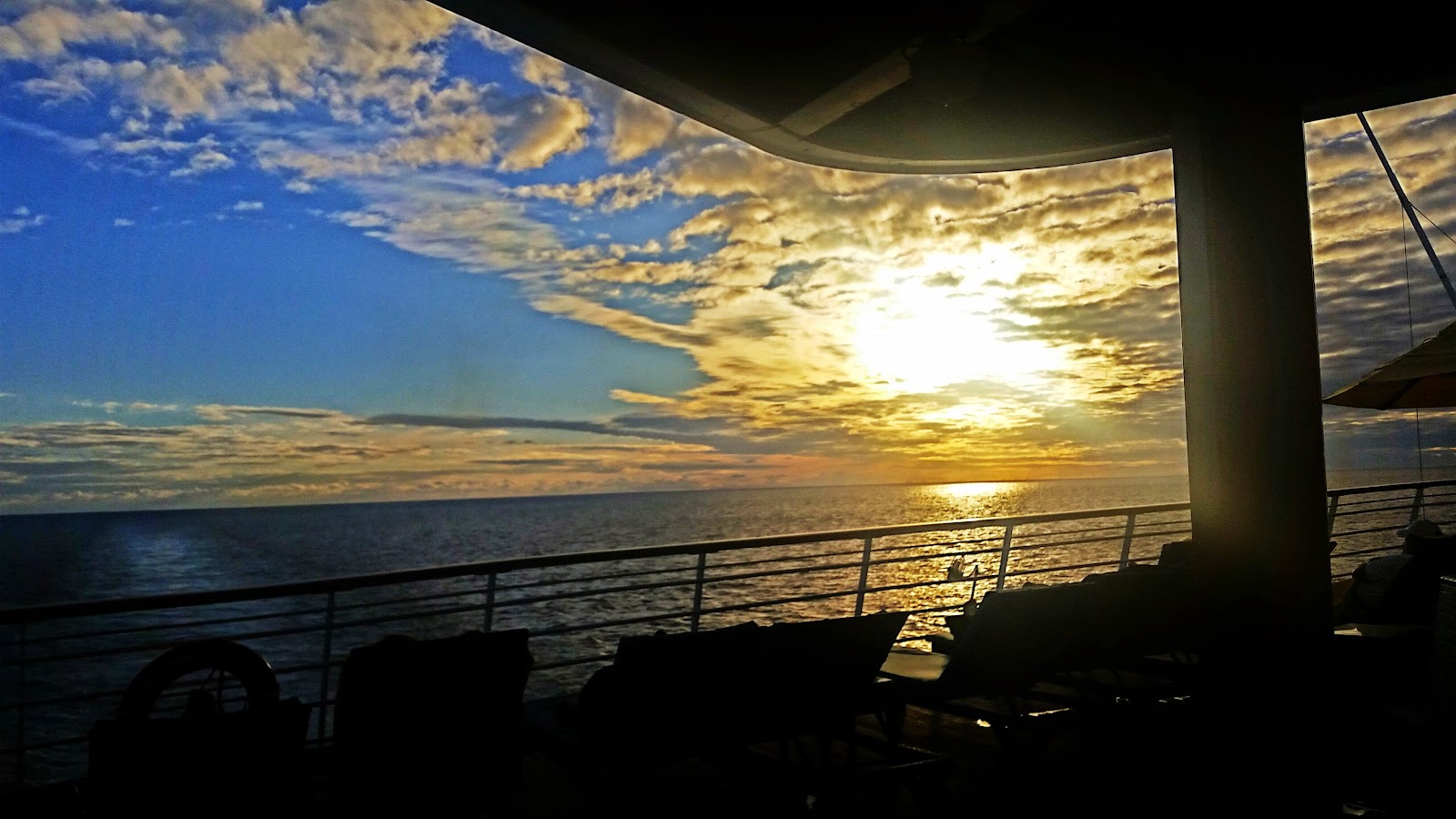 One plus side is that Hennessy White is dirt cheap on a cruise.  Only $35/each when you buy two. 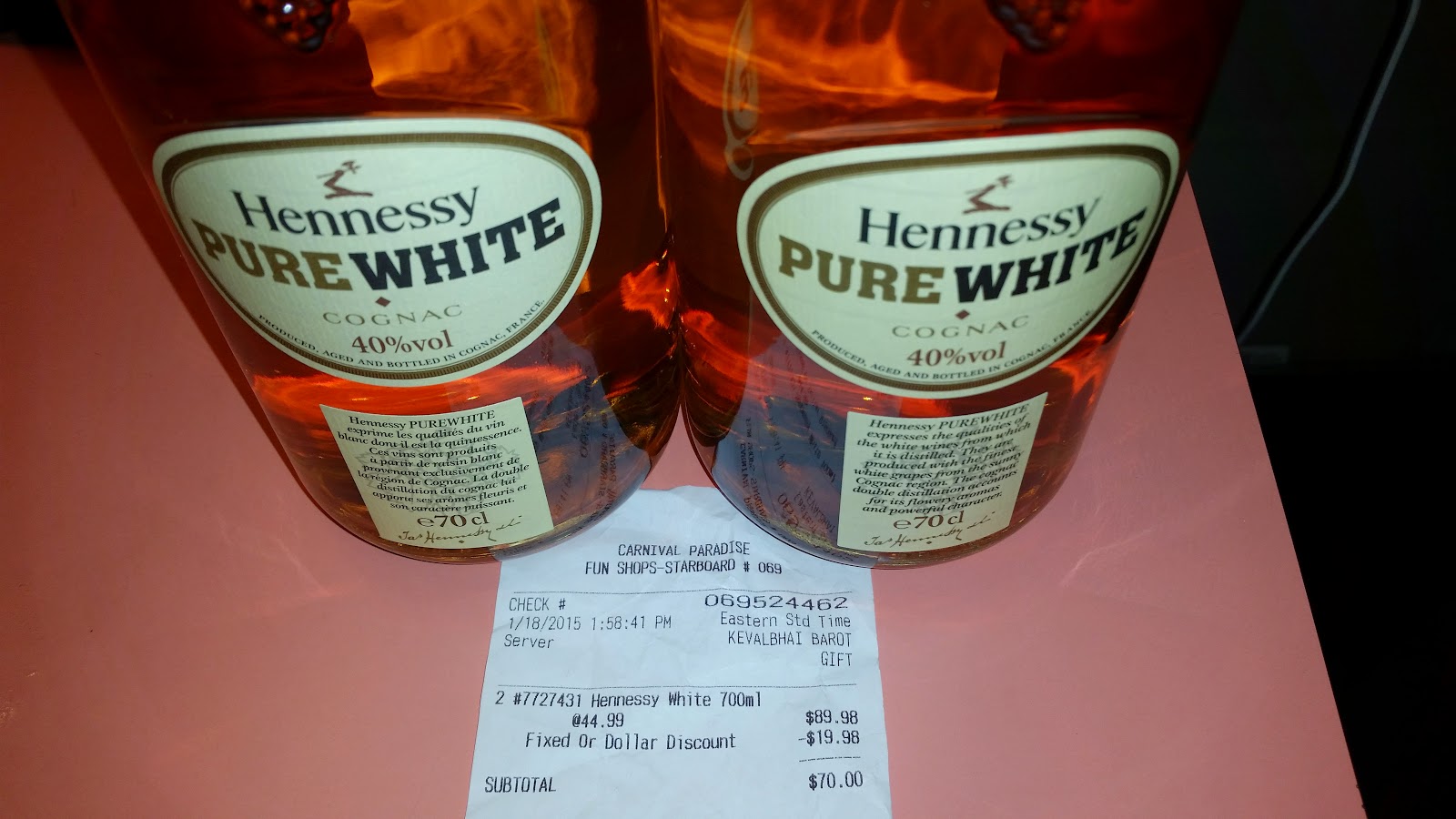 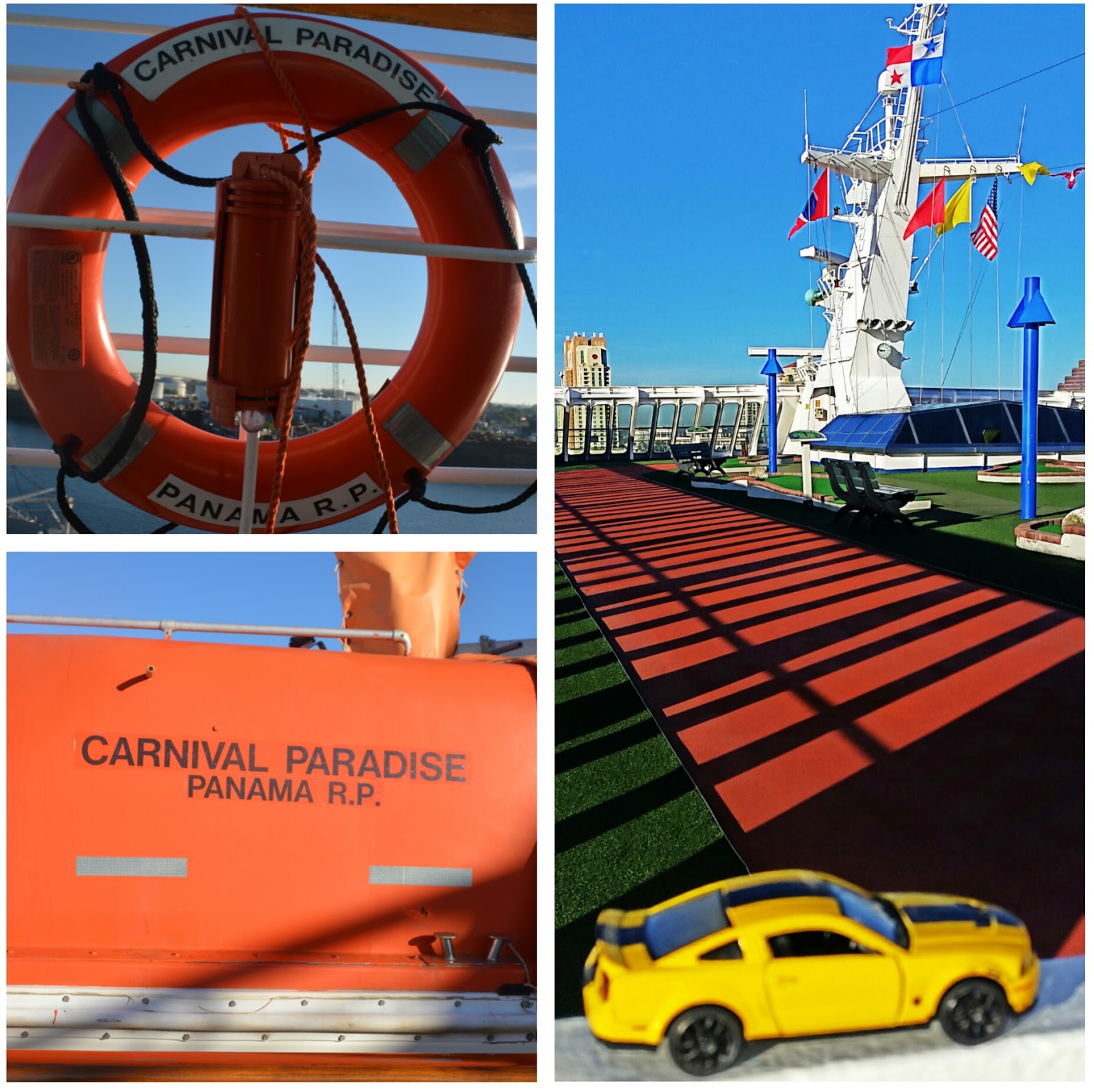