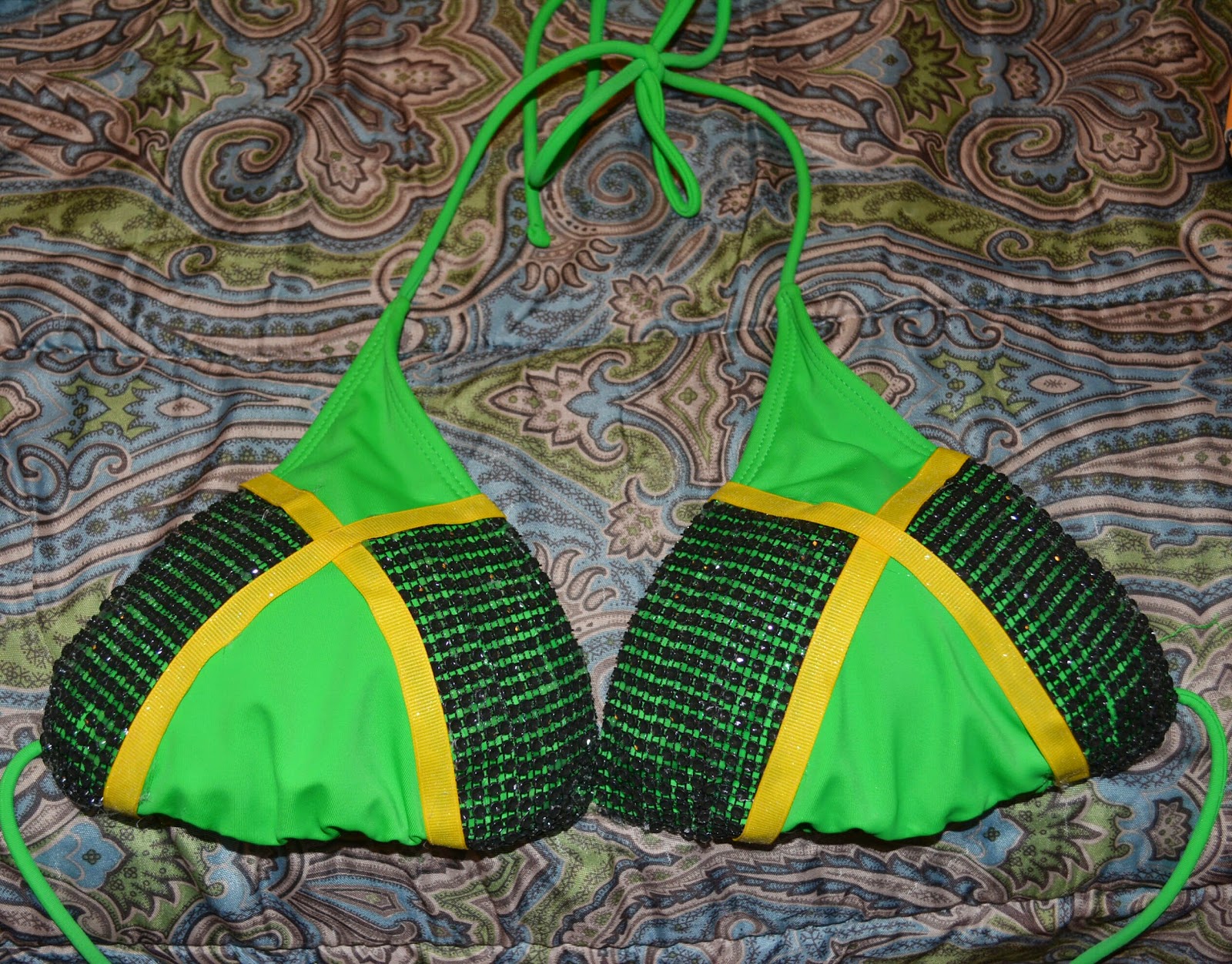 I was grocery shopping in Walmart, minding my own dayym business & I came across some dirt cheap bathing suit pieces.  As soon as I saw the colors, I knew EXACTLY what to do with them! 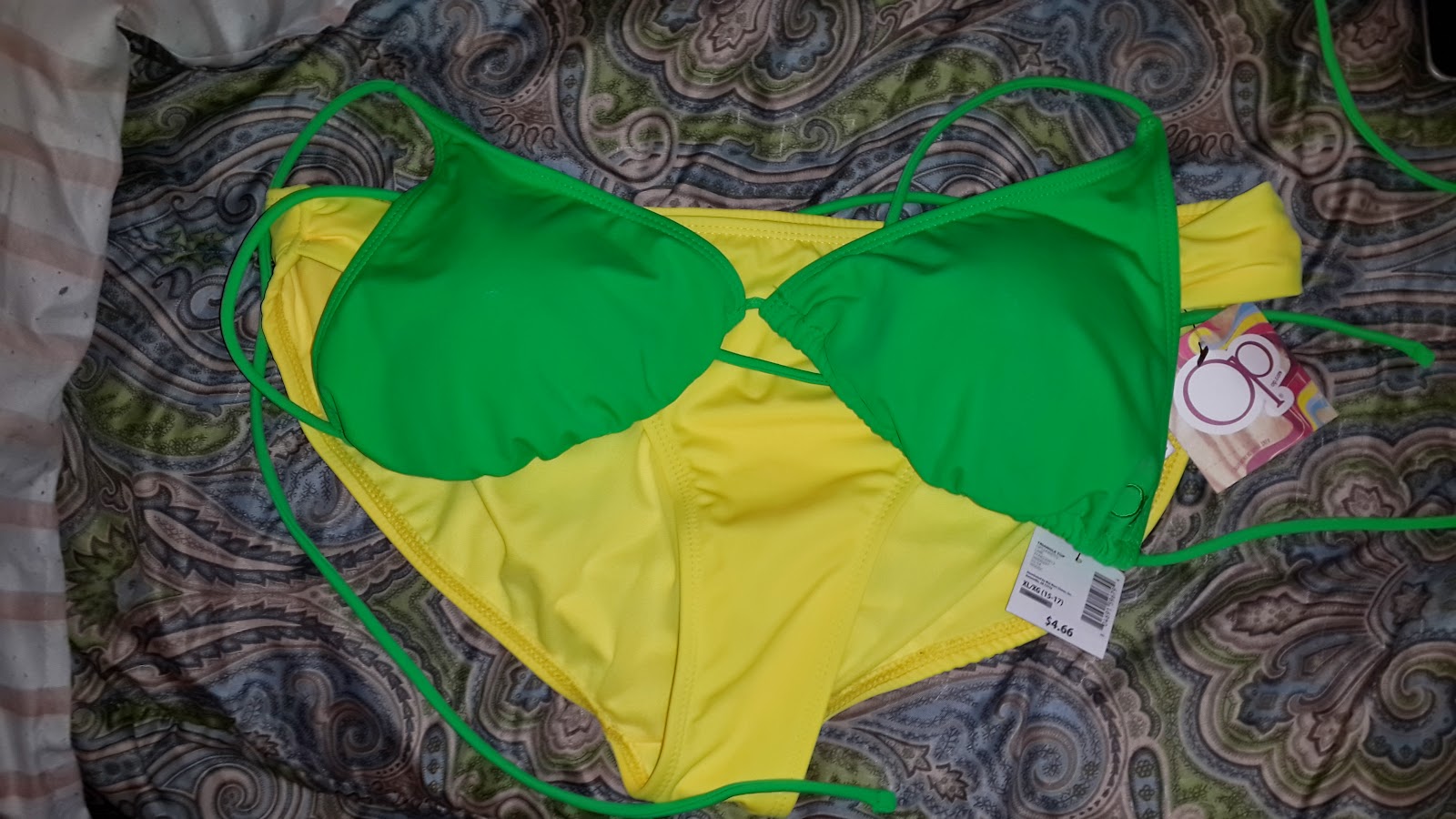 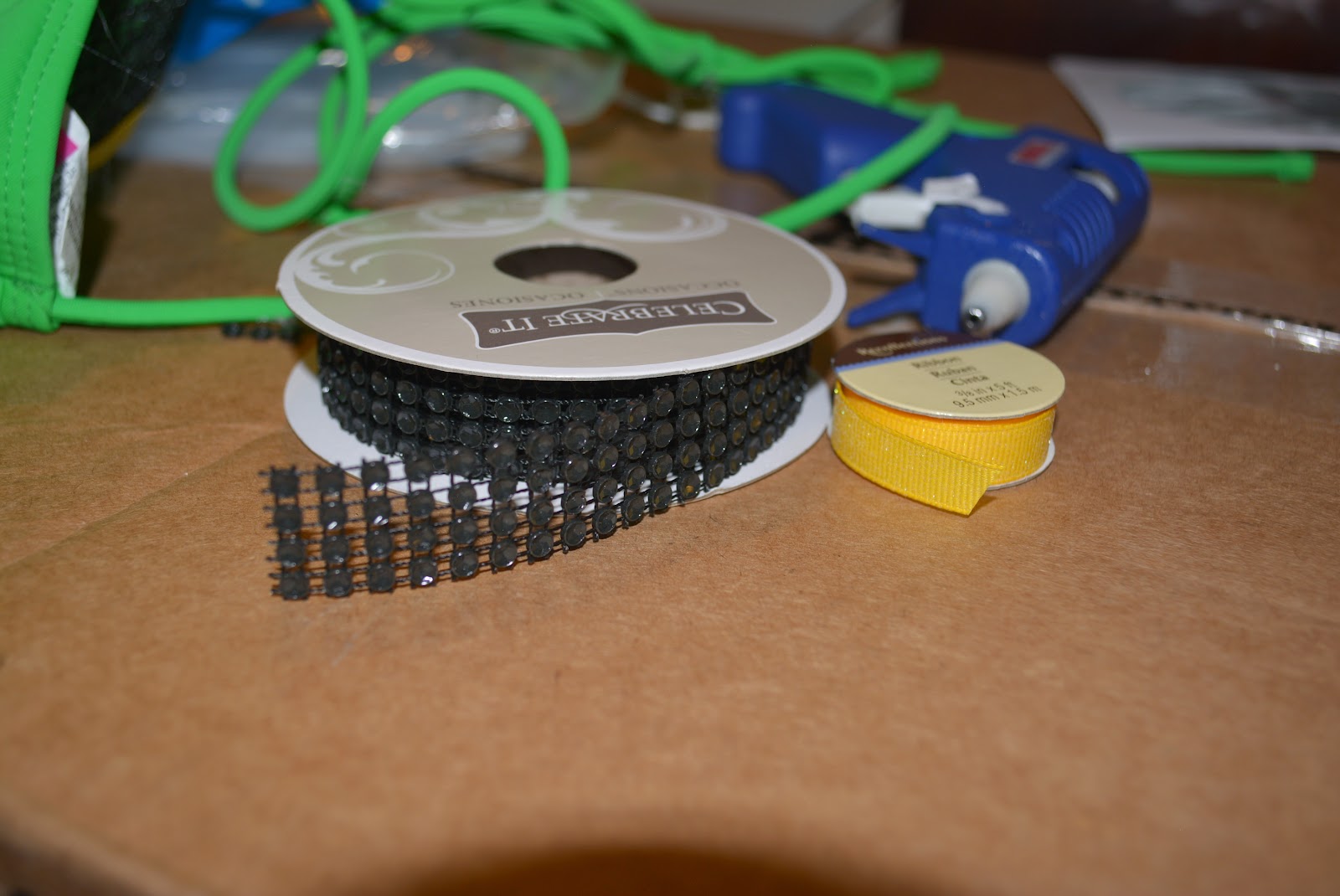 Made X’s across the bra with the yellow ribbon, then I folded the bra cups over each other to make sure the X’s lined up on the same spot on both bras.  I then glued the bling on a roll in the appropriate spot and as easy as 1,2,3 we have a Jamaica flag bra.  Total cost of bra & materials = less than $9 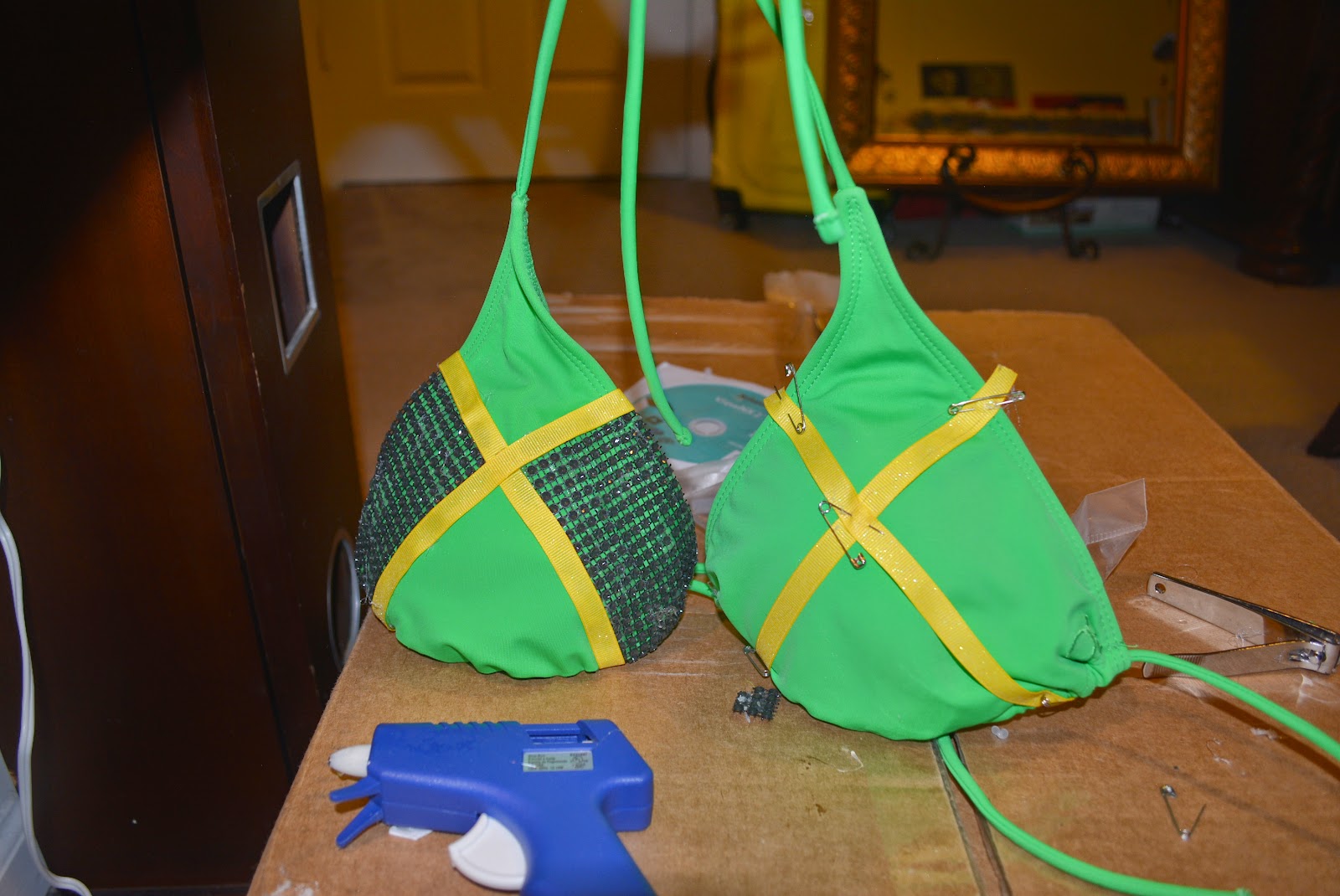 And because I was drinking & had my chunes blasting the whole time I was making the top, I proceeded to have a mindless photoshoot afterwards. It would have helped if I put on the yellow bikini bottom, but I had on a pink, wrong day of the week panty so I had to crop that out. 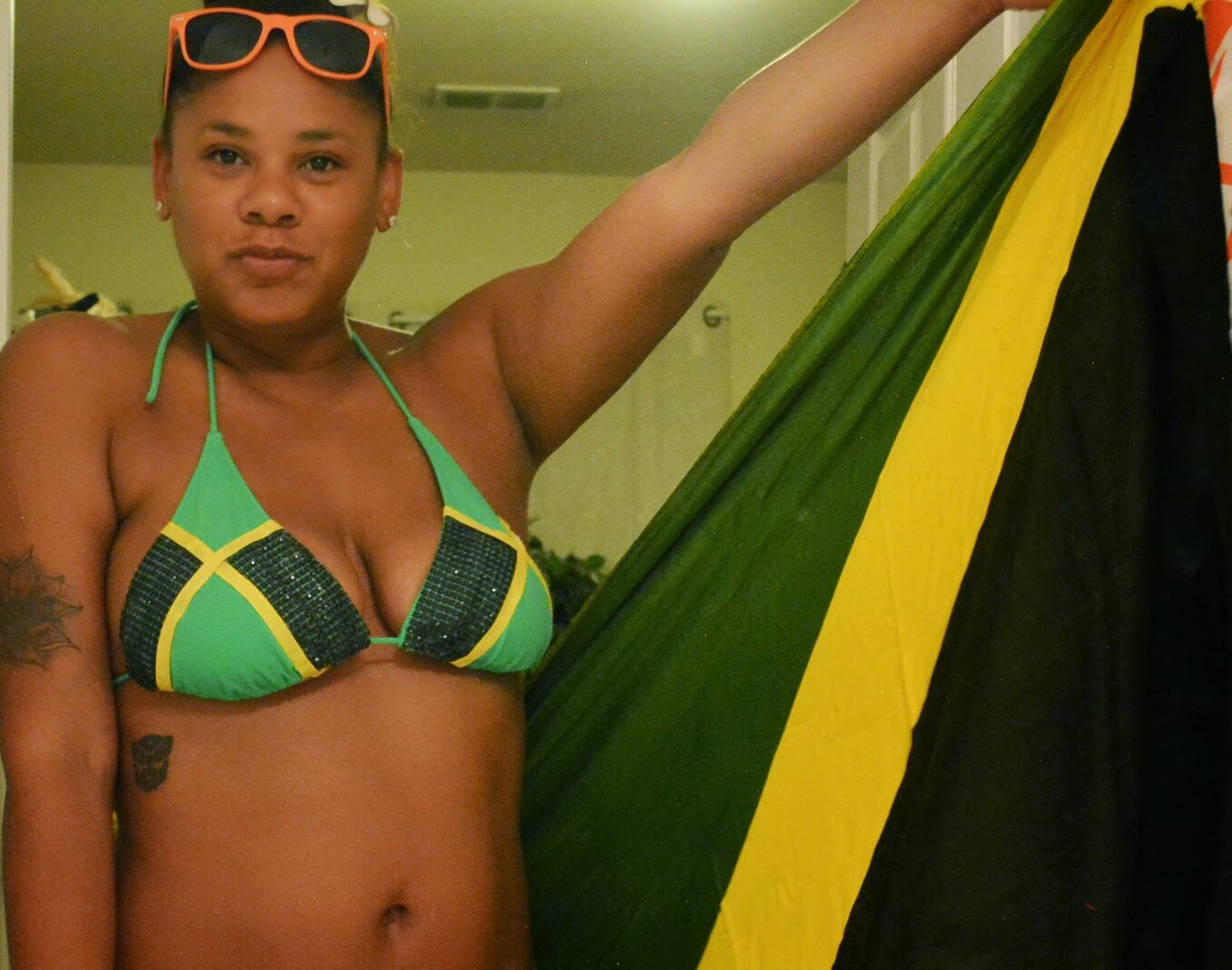 The whole point of a camera remote control is to "NOT to see the remote".  The first rule of Fight Club is: You do not talk about Fight Club.  Sometimes I can only shake my head at myself. 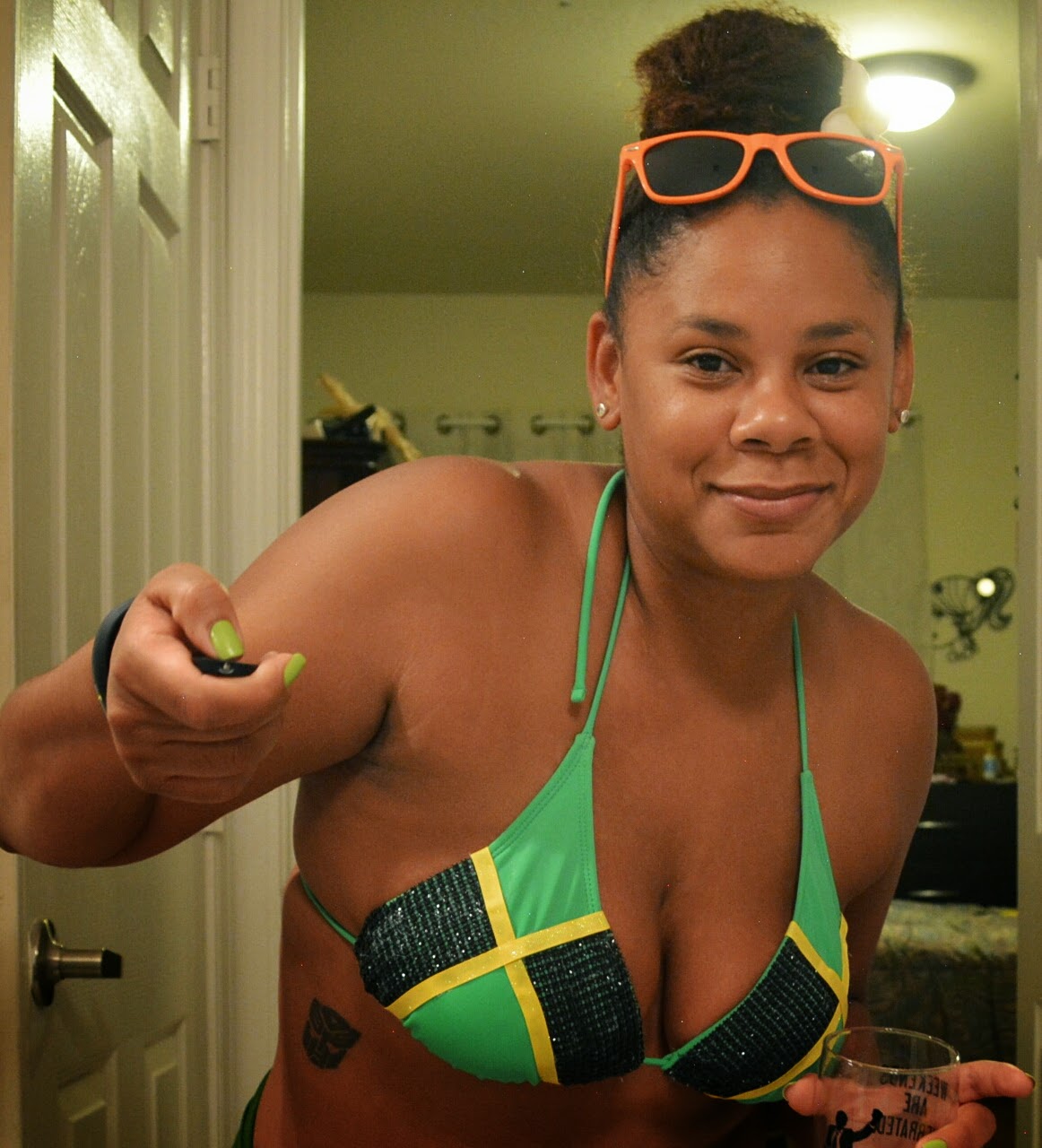