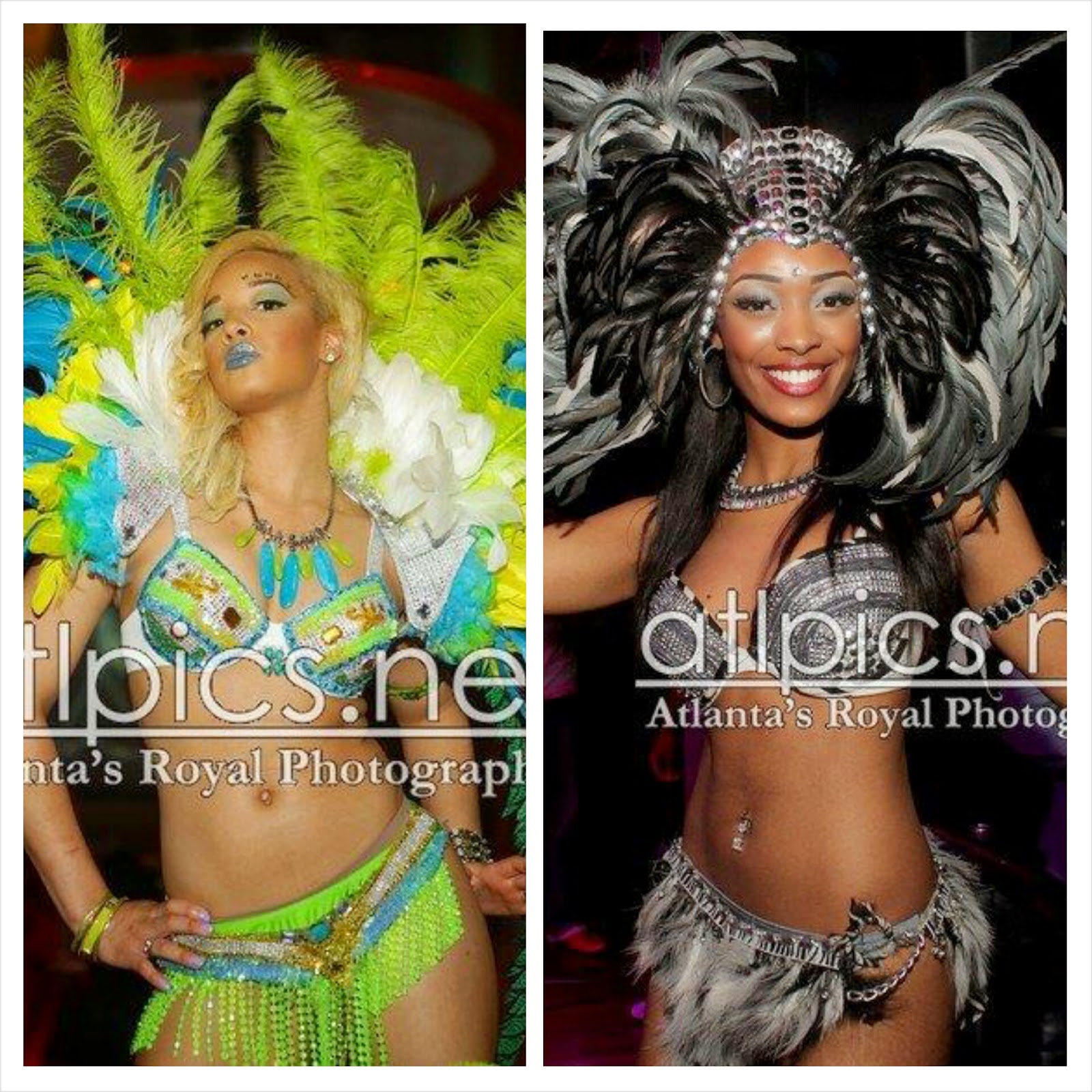 When I’m making a costume, I usually give myself about 1-2 months to make it. Plenty of time to get the supplies the cheapest way possible and plenty of time to goof off in-between crafting.  My friend Selam asked a few days before Atlanta carnival to put together some costumes for an event she was having, I can’t fault her because her boss told her to make it happen at the every last minute.  As bad as I wanted to say, “H*ll, NO!”  I set aside 2 evenings in my crazy azz carnival week and helped her put some last minute stuff together.


Being that we were very short on time we had to get resourceful.  I don’t make headpieces, but I did make a backpack for Miami carnival.  The problem is that feathers are HELLA expensive unless you order them from this magical far away land called Asia (which takes about 3 weeks to arrive).  So we had to beg, borrow and steal old head pieces and we used  the Madd Colors backpack I wore carnival Saturday.  I had Selam go buy some $5 white bras from Ross and then I met her at Michael’s Crafts & Handcock Fabrics to pick out the materials needed to match the bras to the head pieces we had.


So we start with the bra made to match my Madd Colors backpack.  Forgive me I was short on time so I didn’t take pix of the materials before they were put on.  But I can tell you it’s (1) Bling on a Roll as the base; (2) Yellow and Green rhinestone Appliqué on top of the bling on a roll; (3) light green sequin trim across the bra; (4); Blue sparkly trim around the entire bra (5) turquoise gems in the center of the bra (6) Random stones on top the bling (7) Bling on a roll on the bra straps.  The same materials were used on the costume belt. 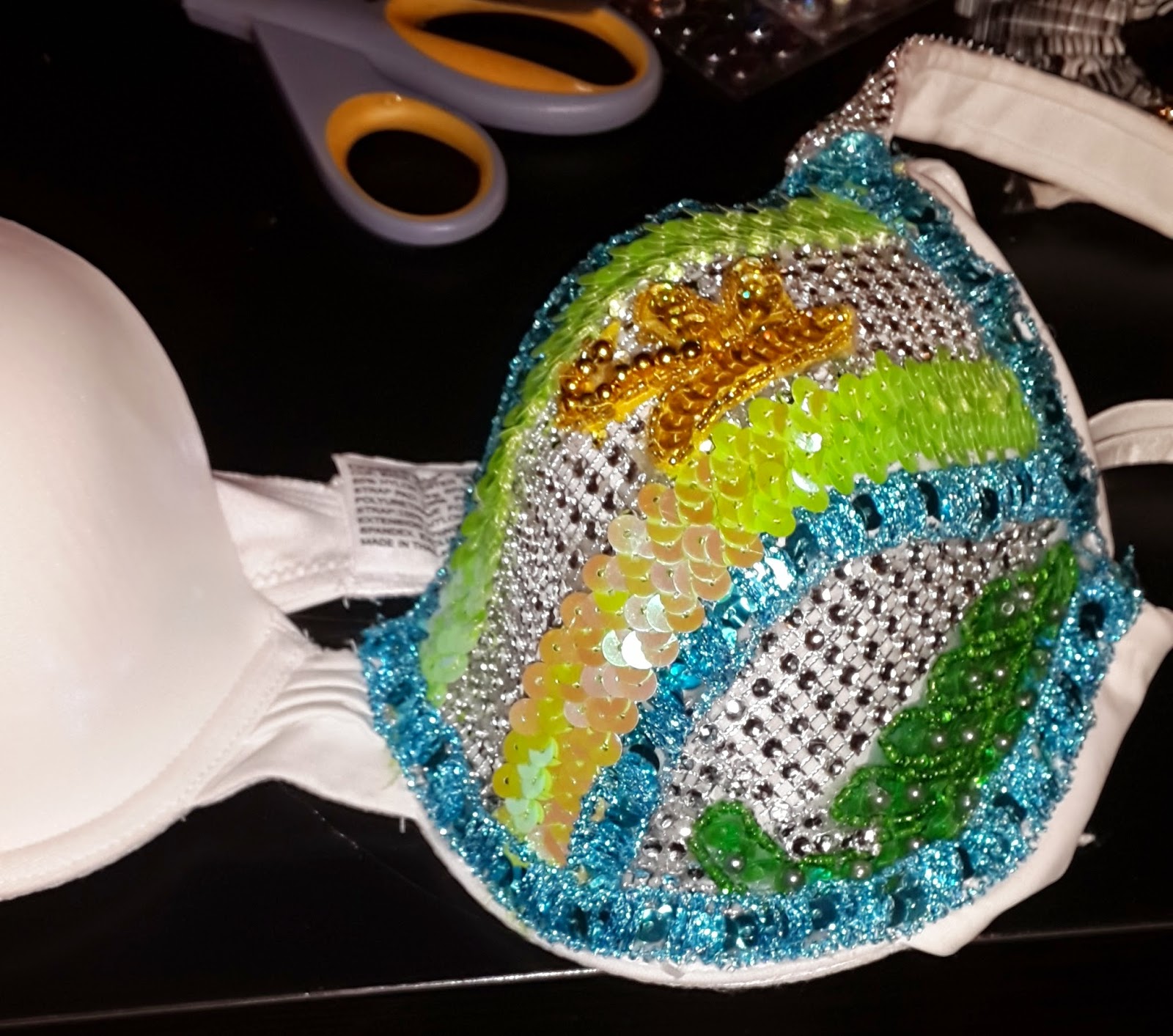 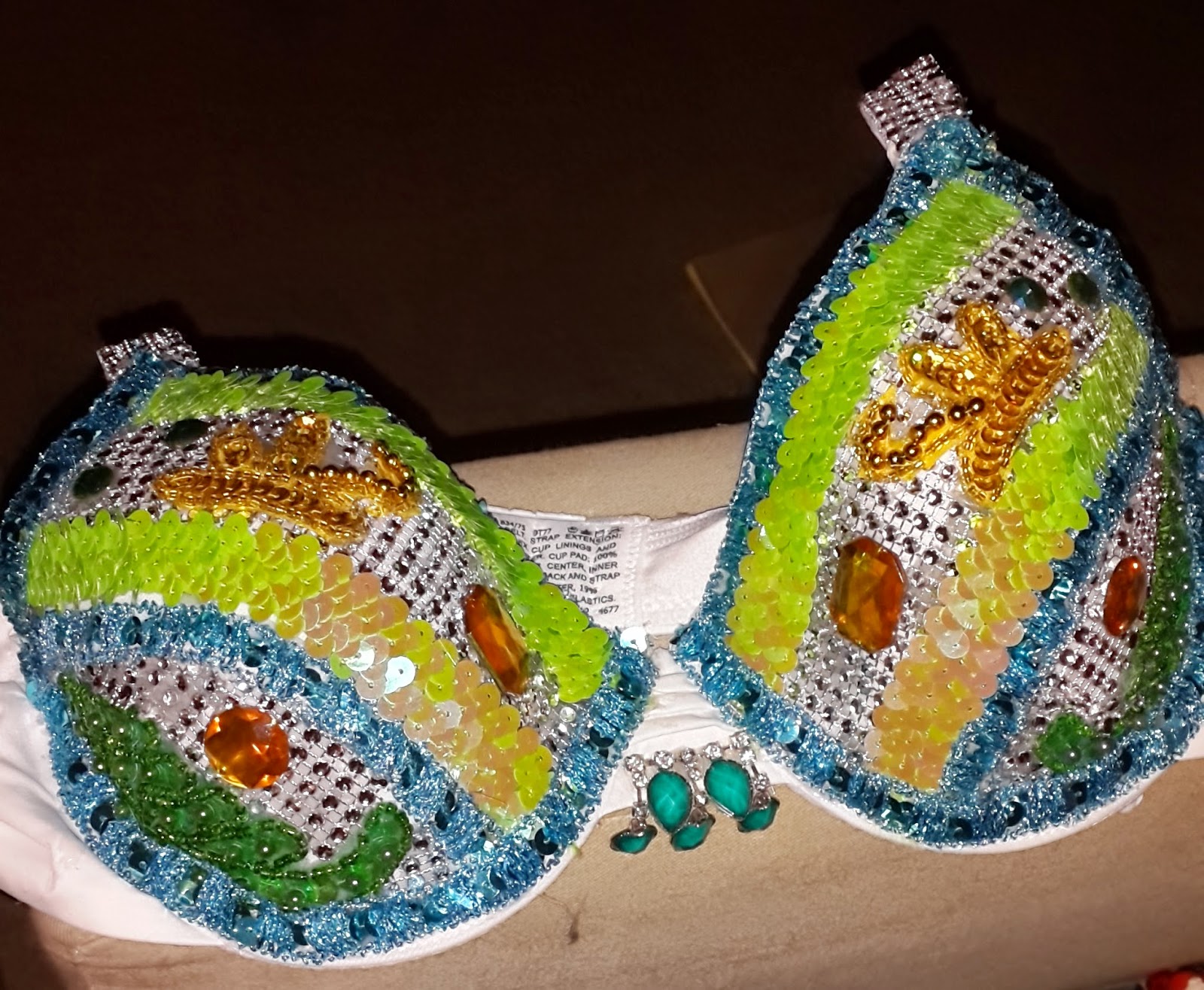 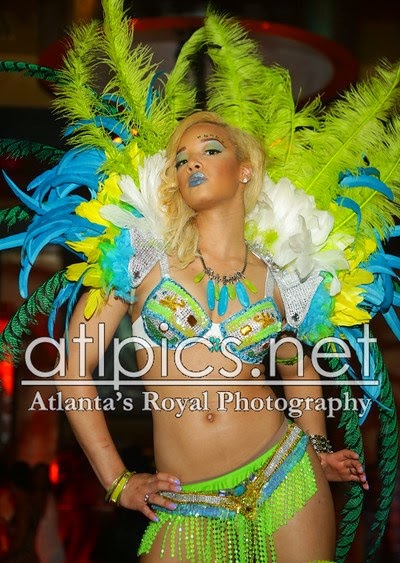 Next up... (1) A few rows of grey bling on a roll (2) two rows of silver chain trim (3) Repeat the process (4) Silver gems at the bottom of the bra (4) Black & White rope around the entire bra (5) Bling on a roll on the bra straps.  The bottom was a recycled belt from my Jamaica 2013 costume.  Recycled head piece from my 2012 Miami costume.  It’s a miracle that neither of those had be dissected because I cut the feathers off almost all my other old headpieces and routinely take apart costumes after use for parts. 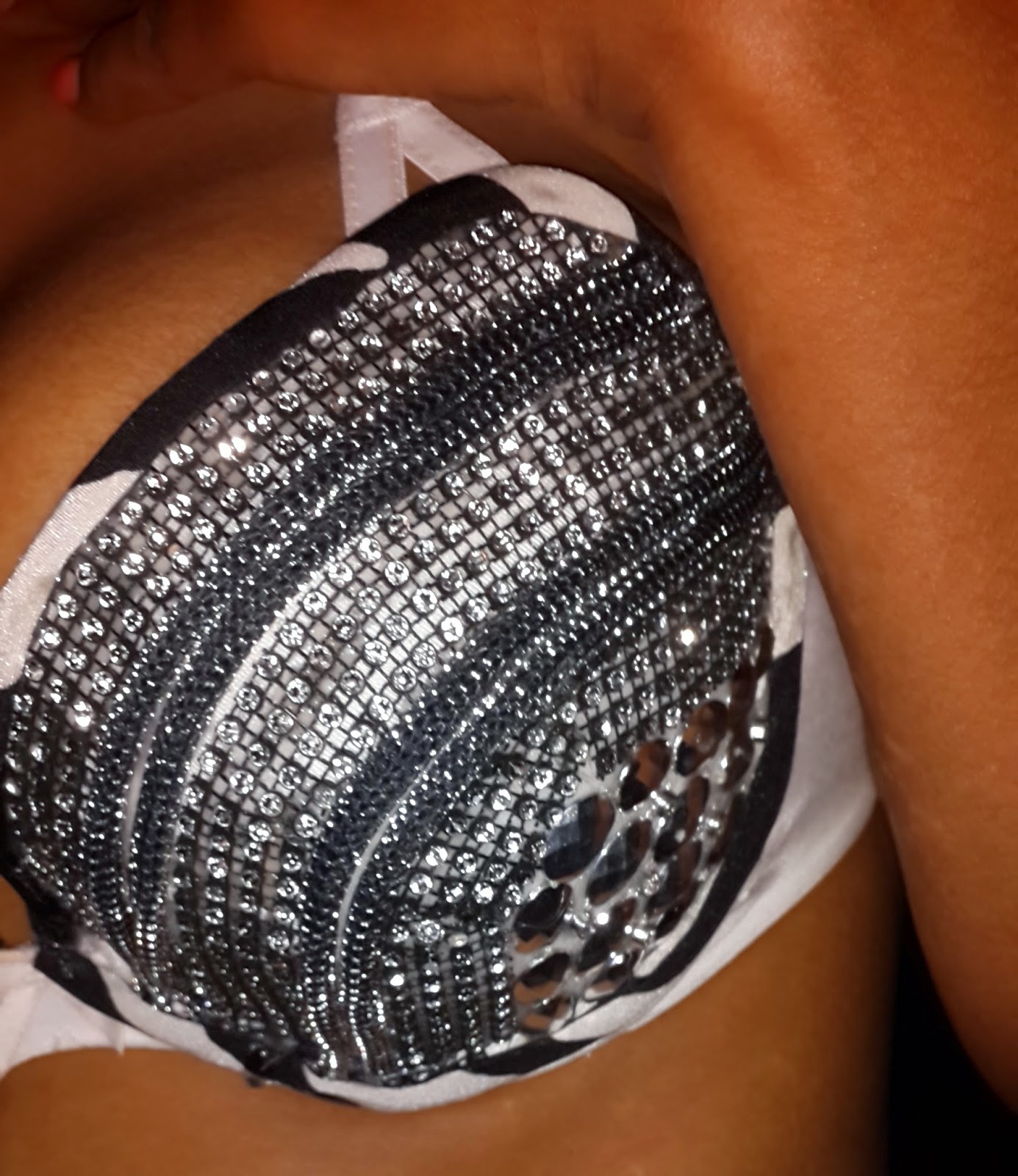 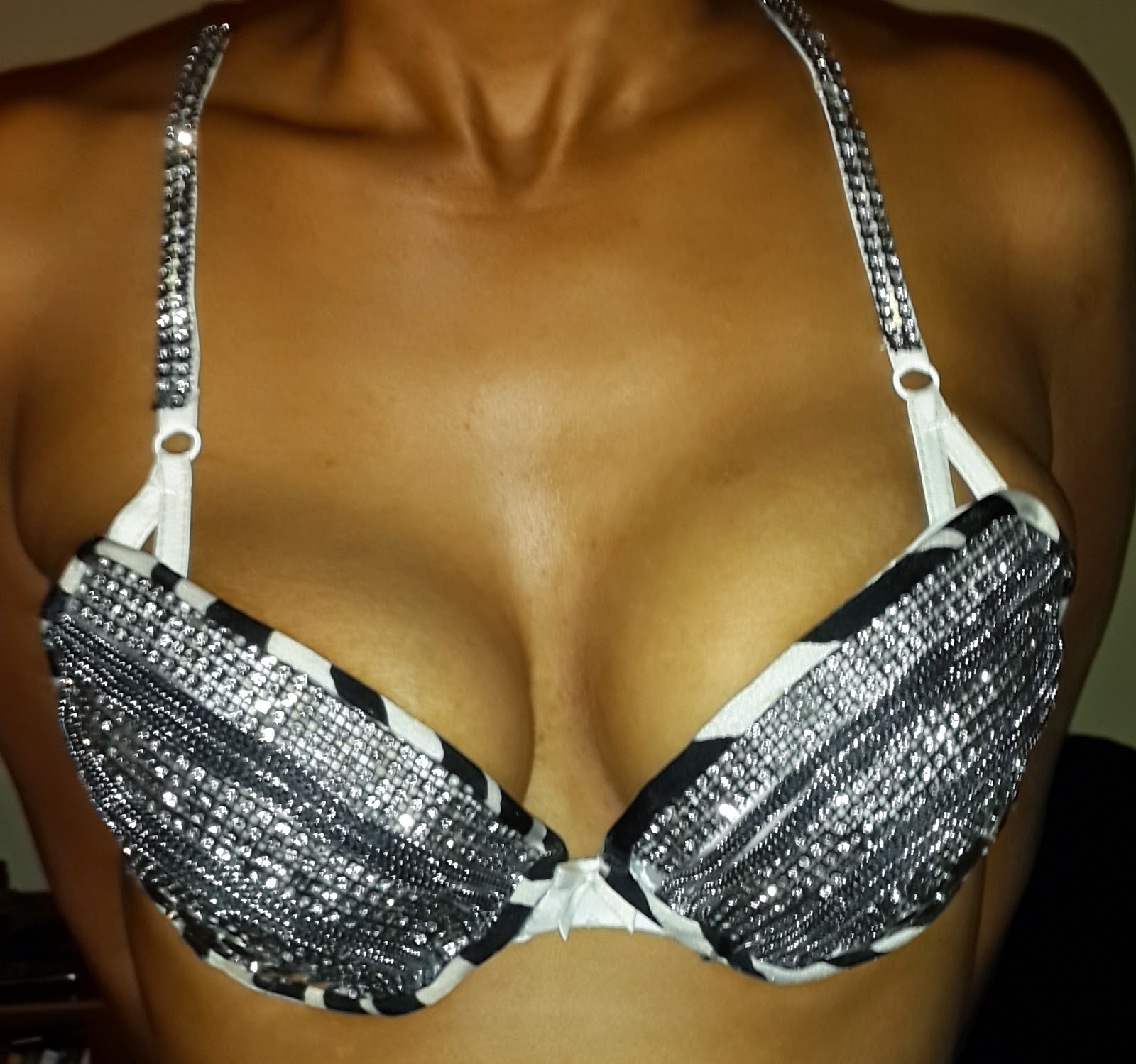 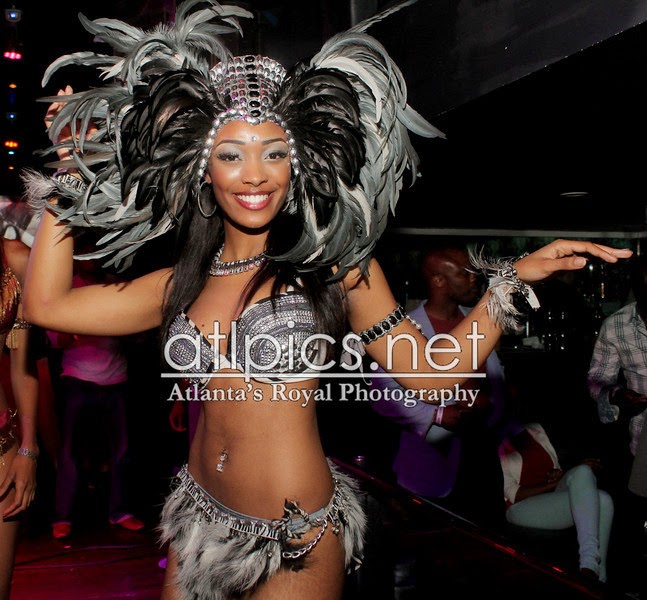 Selam, having never made a costume before put together this bra, so proud of her lol!  I made a belt to match it.  It would have been nicer if the model wore a bikini bottom instead of boy shorts, but she looked lovely none the less. 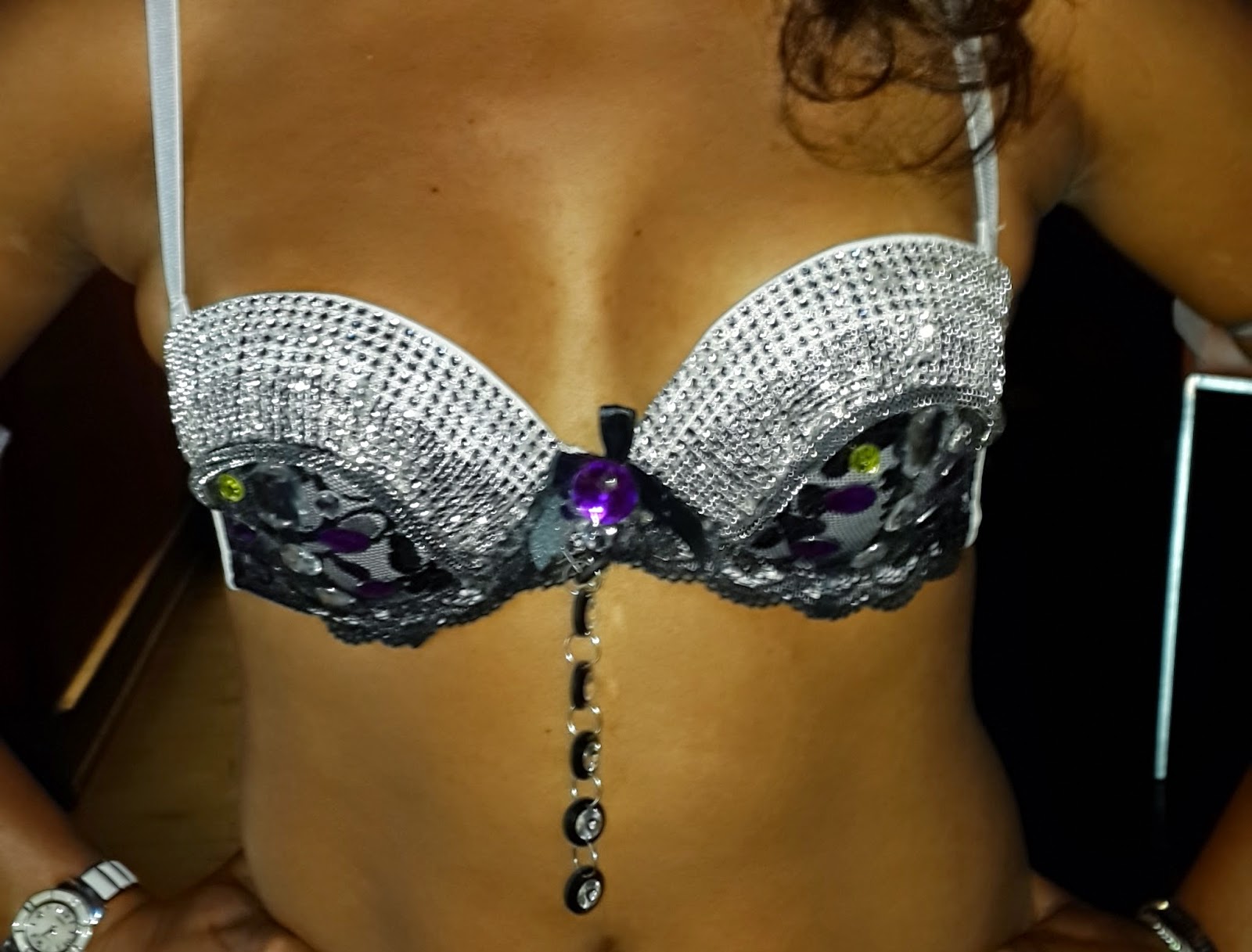 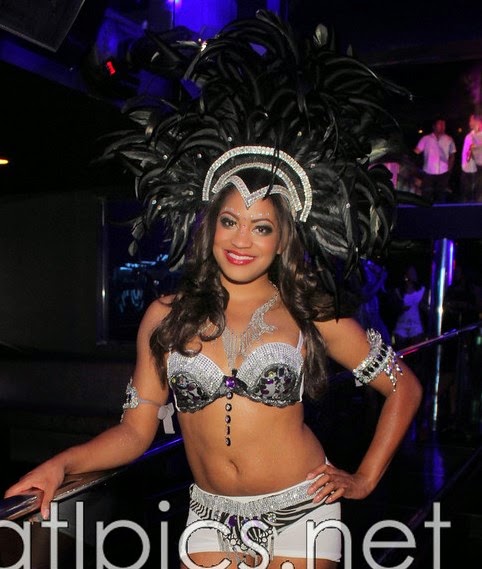 Worthy of an honorable mention is the Bliss Carnival – Ole Time Something costume.  It got to make a 2nd appearance sorta.  I had already dissected the bra so Selam glued the stones onto a white bra.  Also making a 2nd appearance is the purple Impulse Mas 2013 costume. 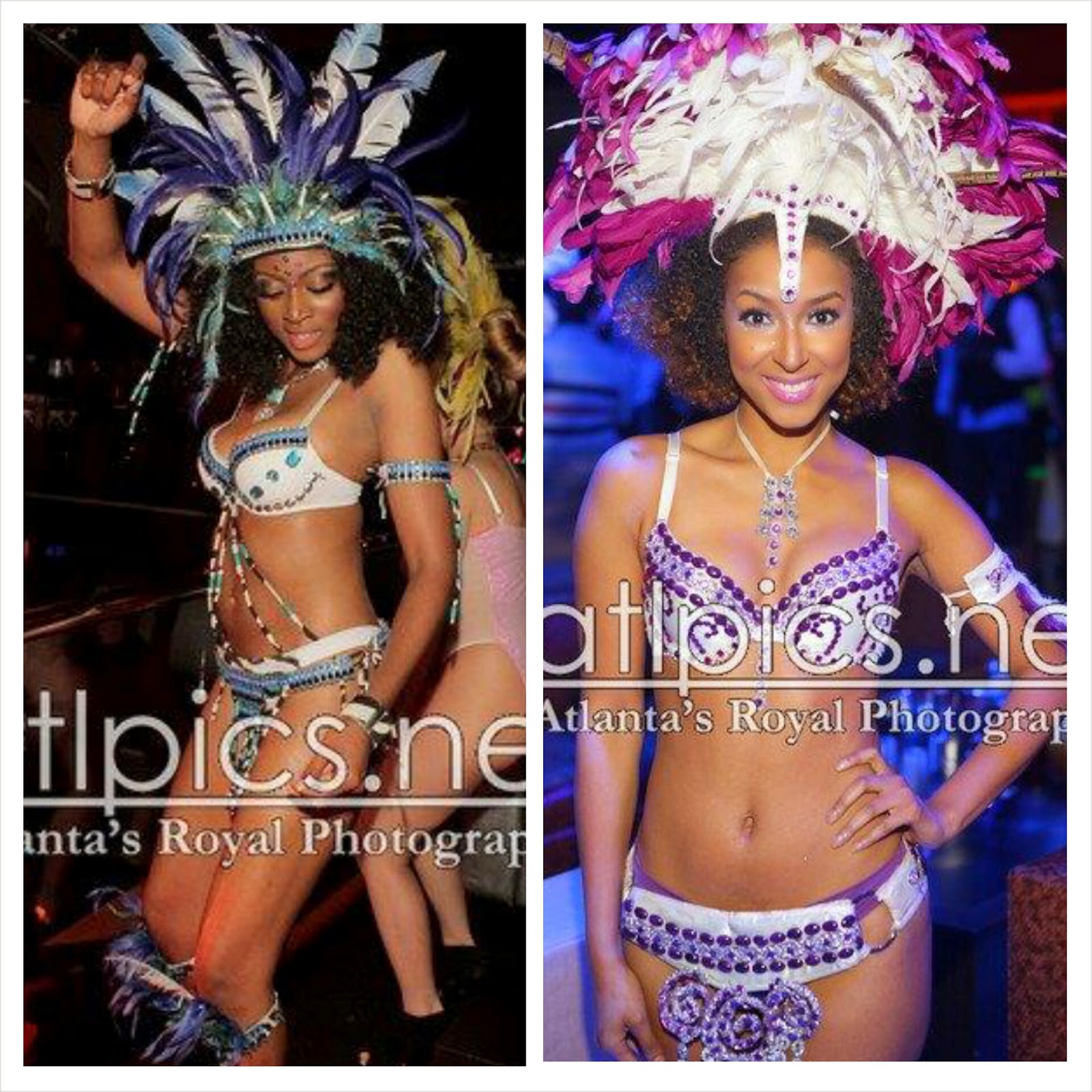 And there you have it folks, instant carnival bras!!!