Yellow Mustangs Stampede in the Smokies 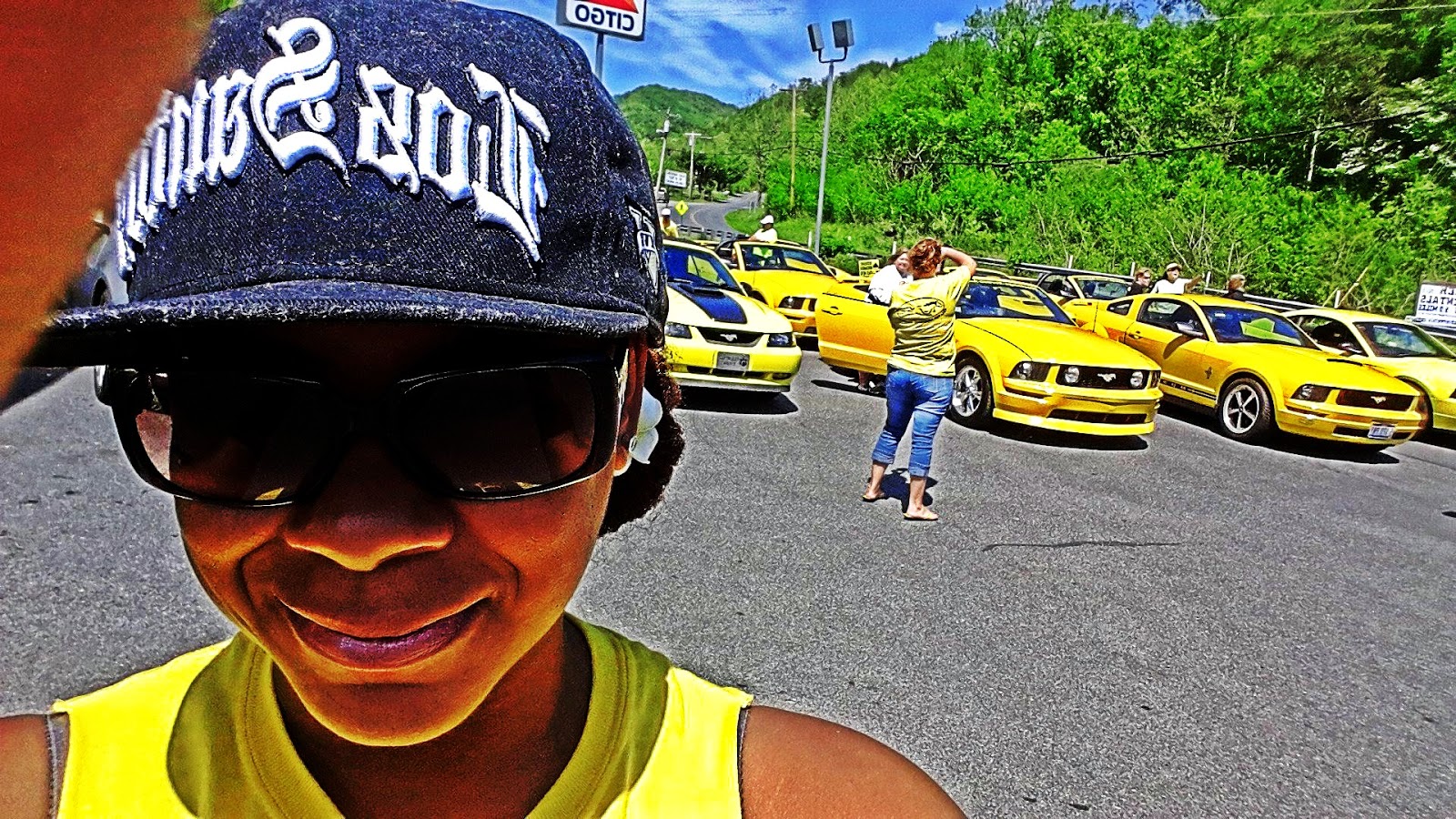 Stampede in the Smokies is a one day car show of just Yellow Mustangs from throughout the southeast. The Yellow Mustang crew was actually there Wed-Sun hanging out, but I had a busy schedule that week and could only make one day.  My friends were astonished at the amount of Yellow Mustangs in the crew.  There are usually triple the amount yellows at this event, but Ford had the Mustang 50th anniversary event in Charlotte 2 weeks prior and a lot of people went there instead.  I got up at 4am on a Friday to drive from Atlanta, GA to Pigeon Forge, TN to meet my Yellow Mustang pose.  I couldn’t make the actually car show, but I wanted to partake in the scenic drive through the Smoky Mountains of North Carolina and Tennessee. It was such a beautiful drive, I had to share photos of small town America. 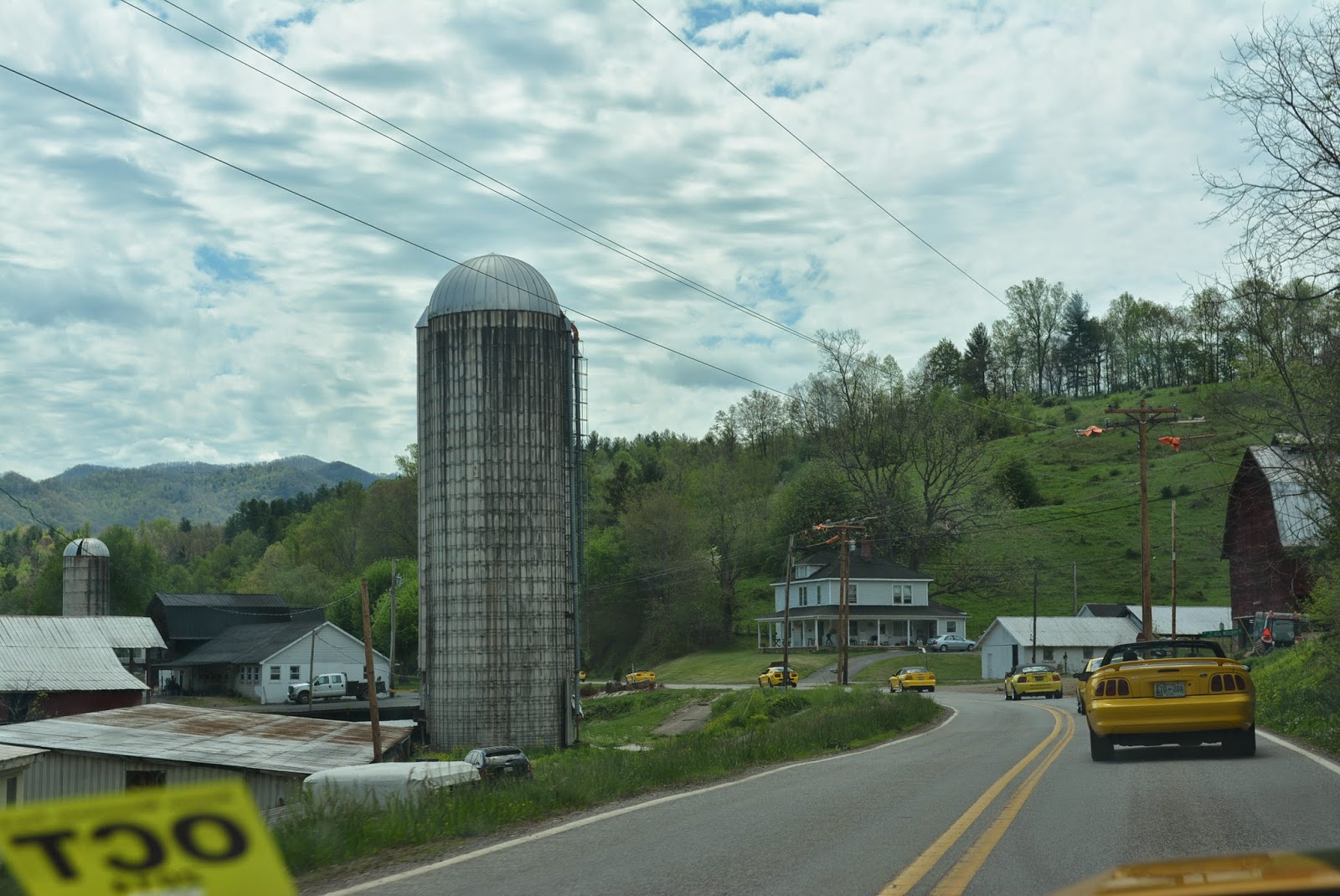 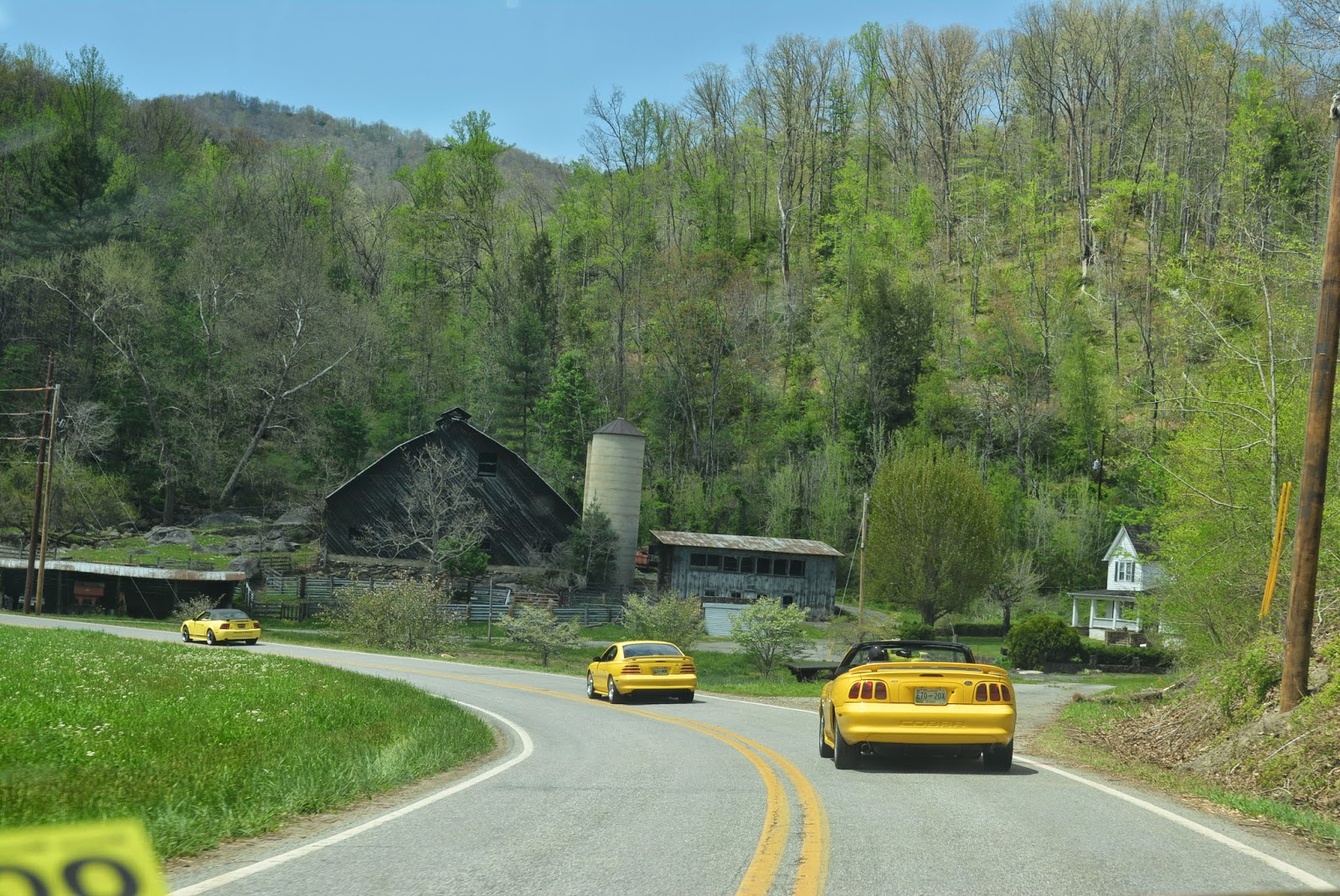 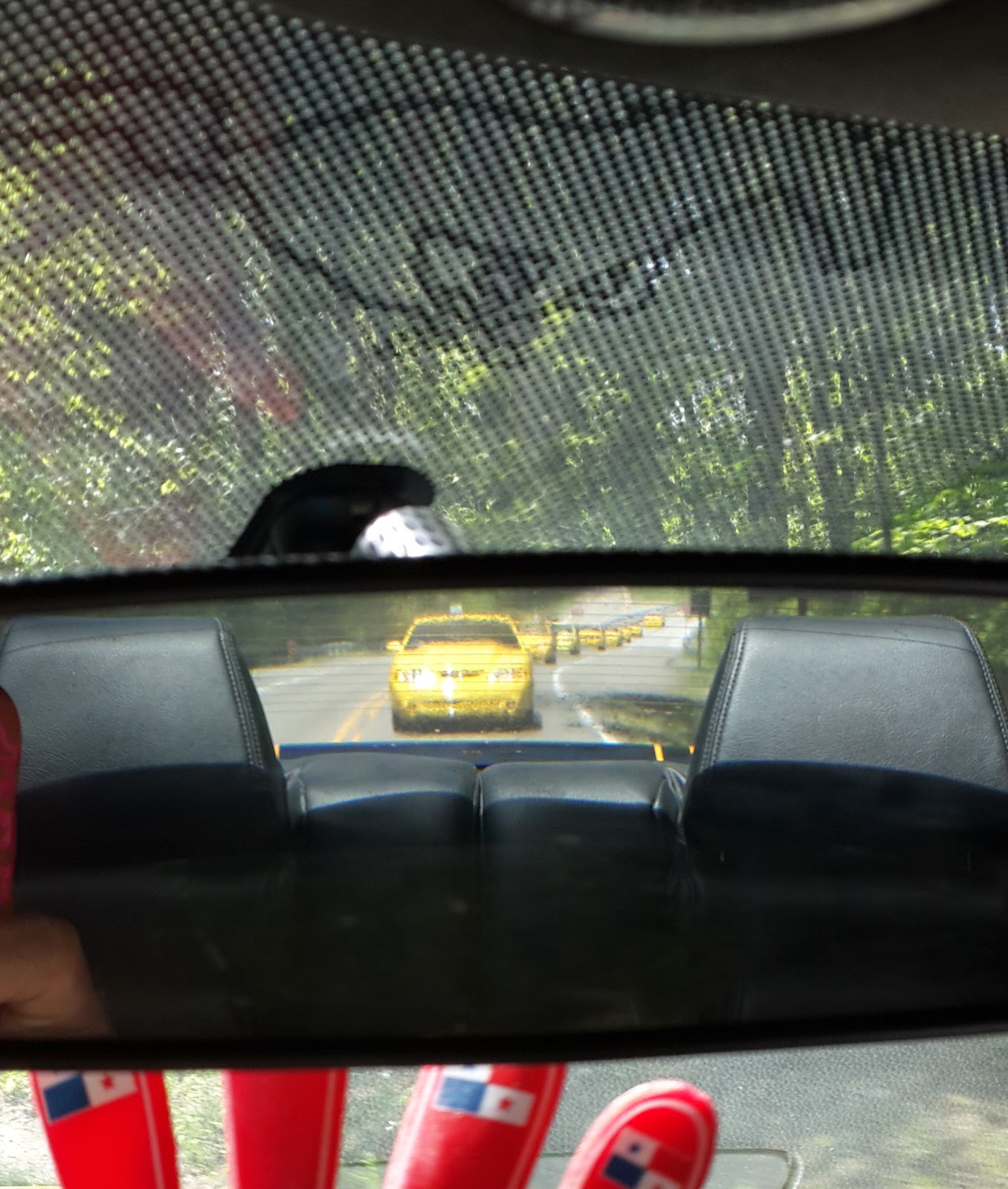 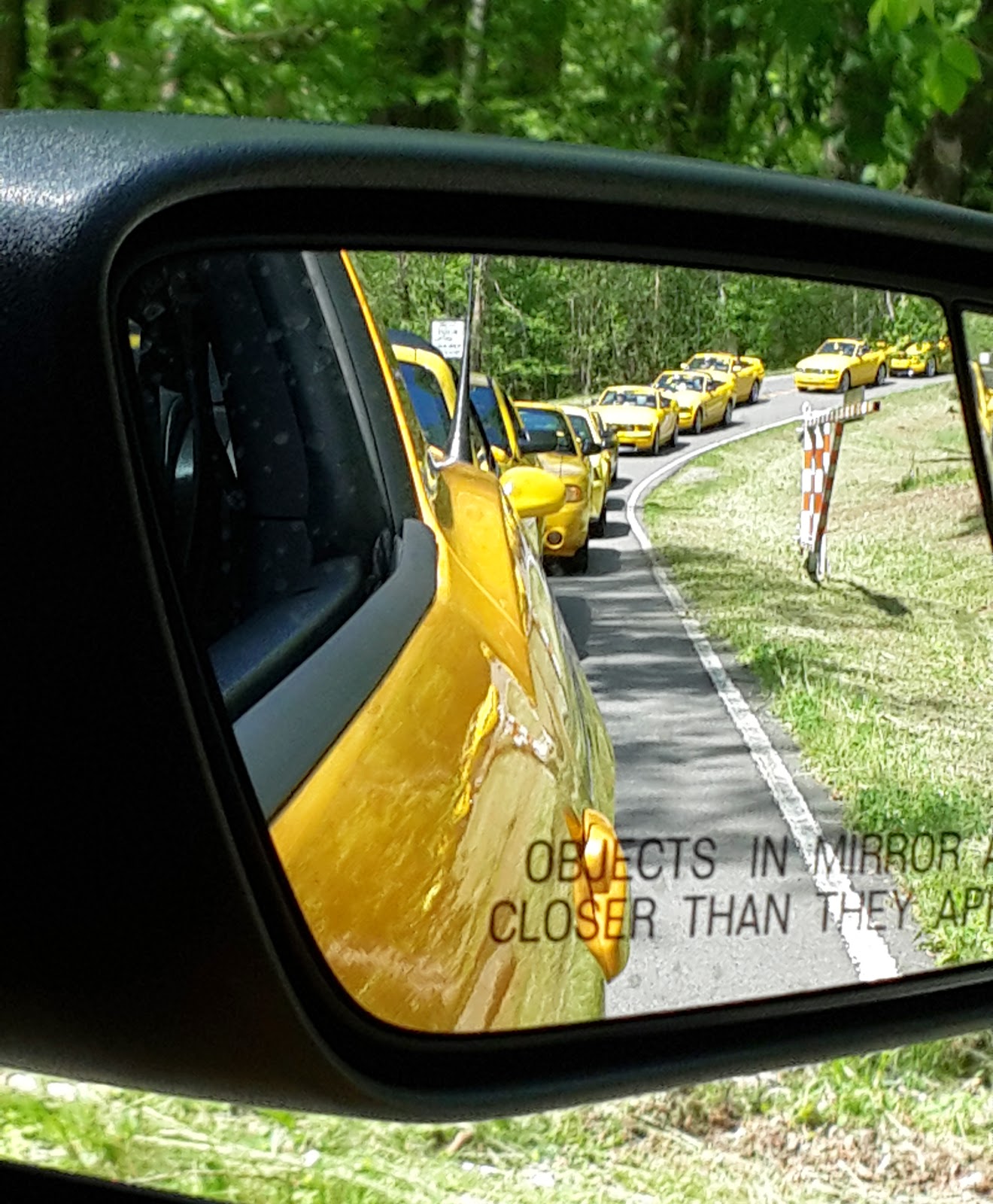 For lunch we stopped at the Smoky Mountain Diner in Hot Springs, NC. Good sh*t!!! Huge plate of southern cooking at a great price. www.smokymountaindinerhotsprings.com 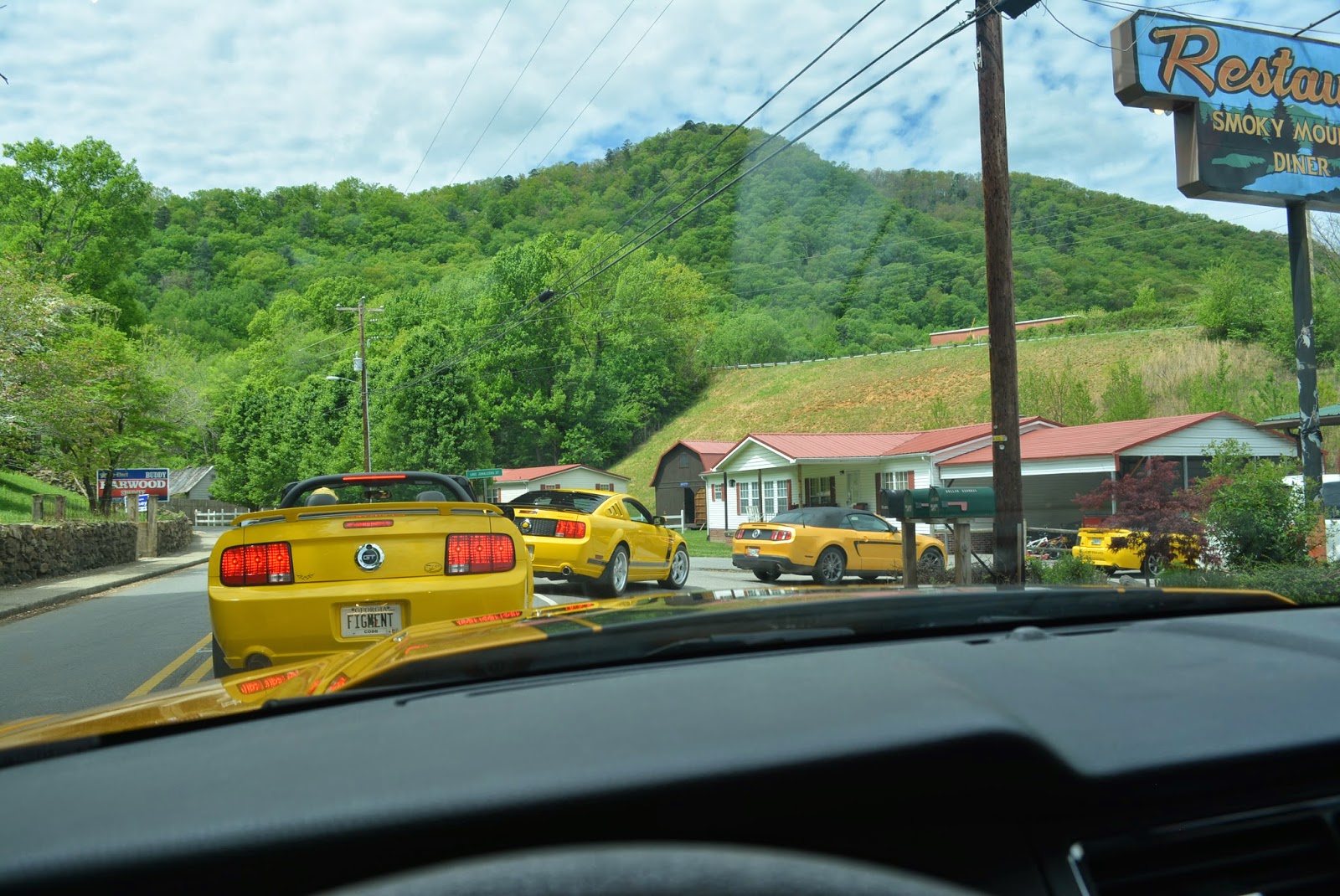 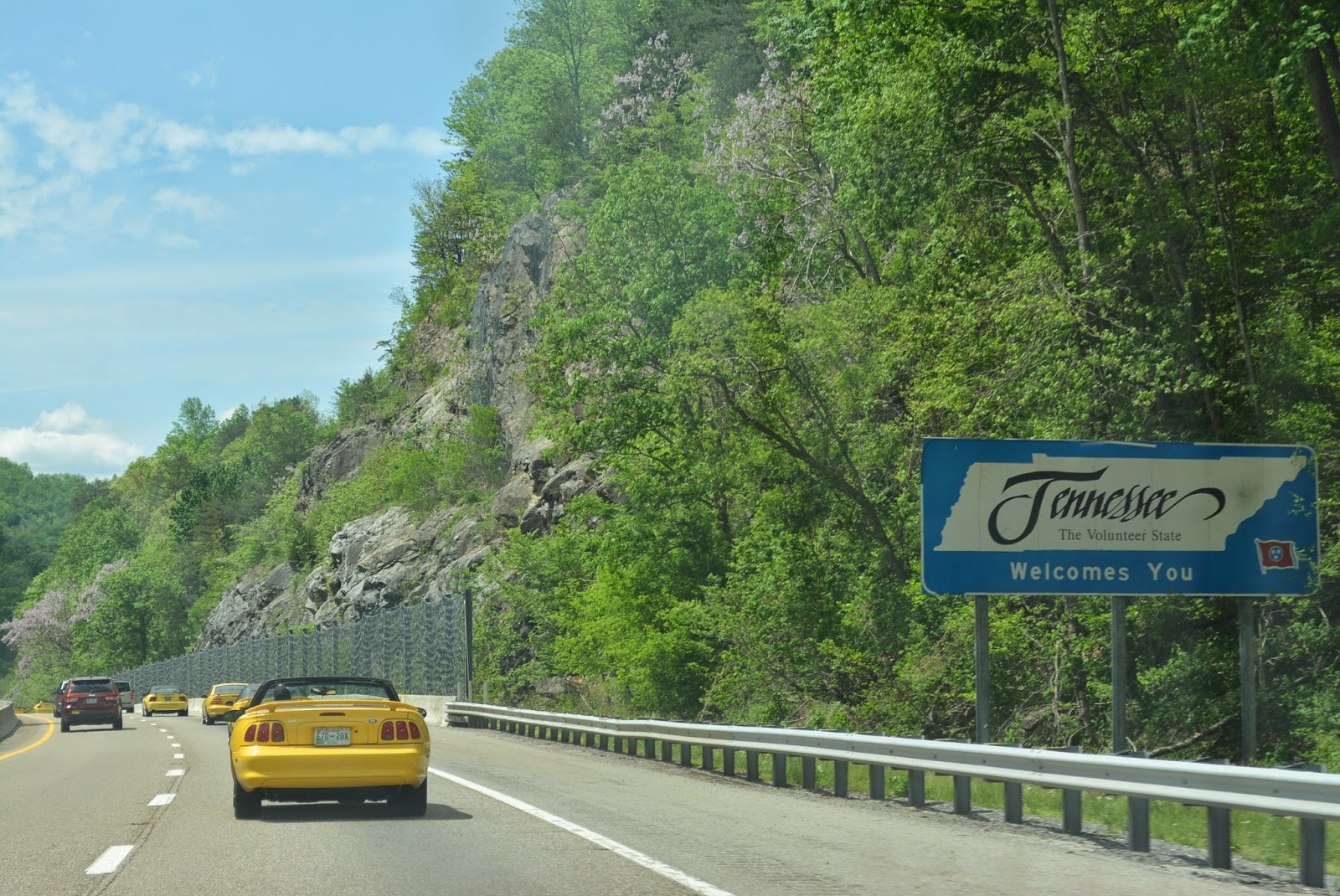 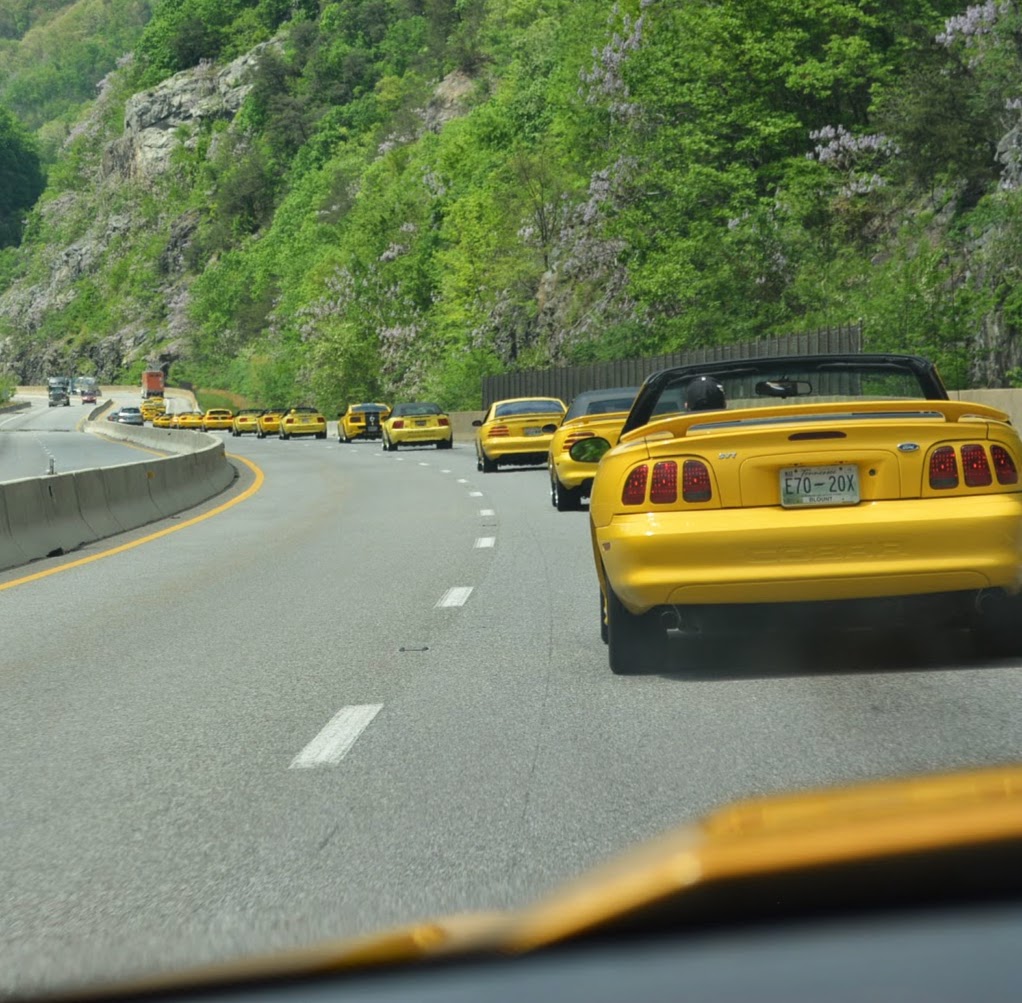 When we drove through this tunnel the big muscle Mustangs revved their engines and the sound was awesome to the 10th power, wish I had it on video.  The part made my day.  That my friends is what SEXY sounds like. 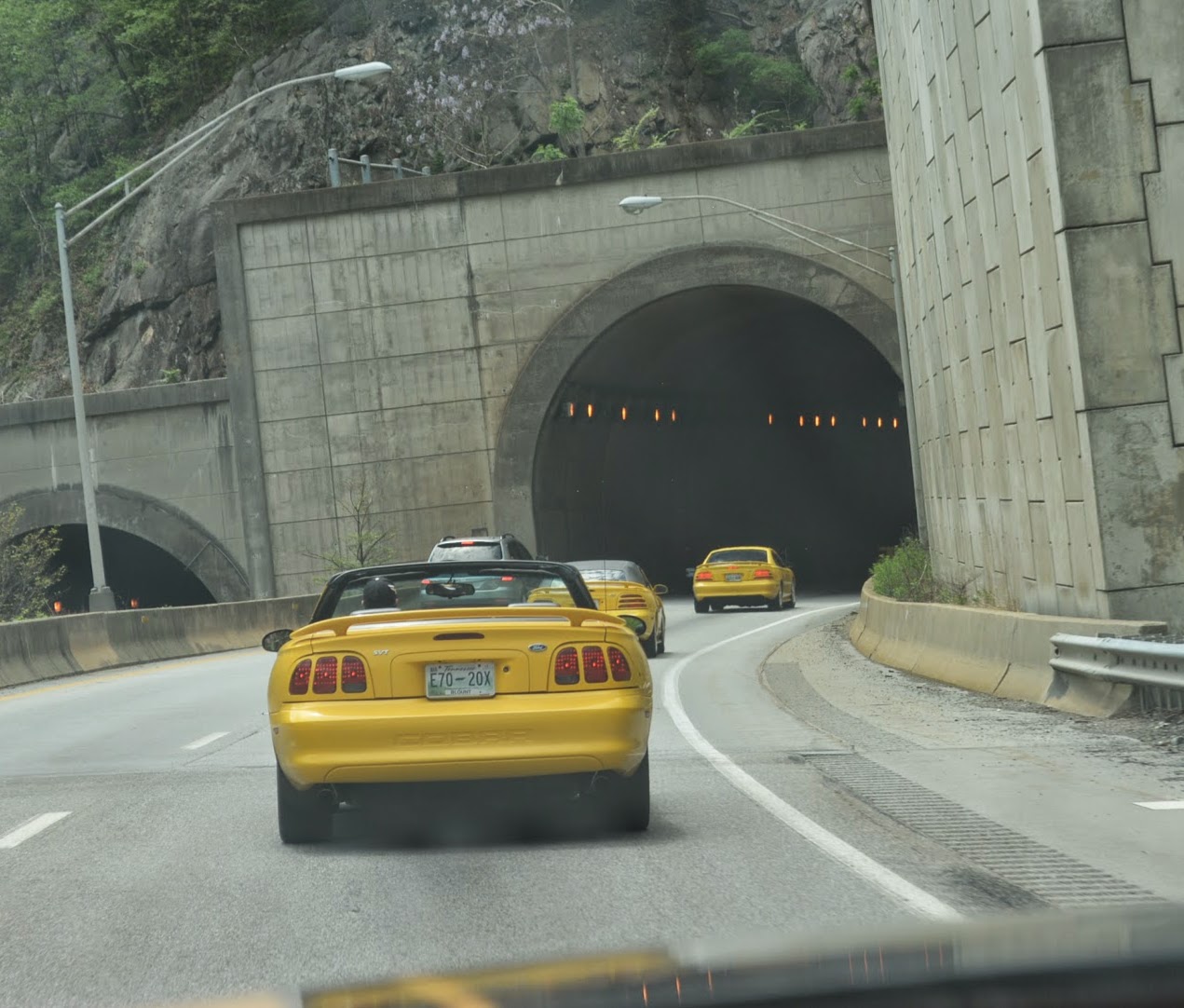 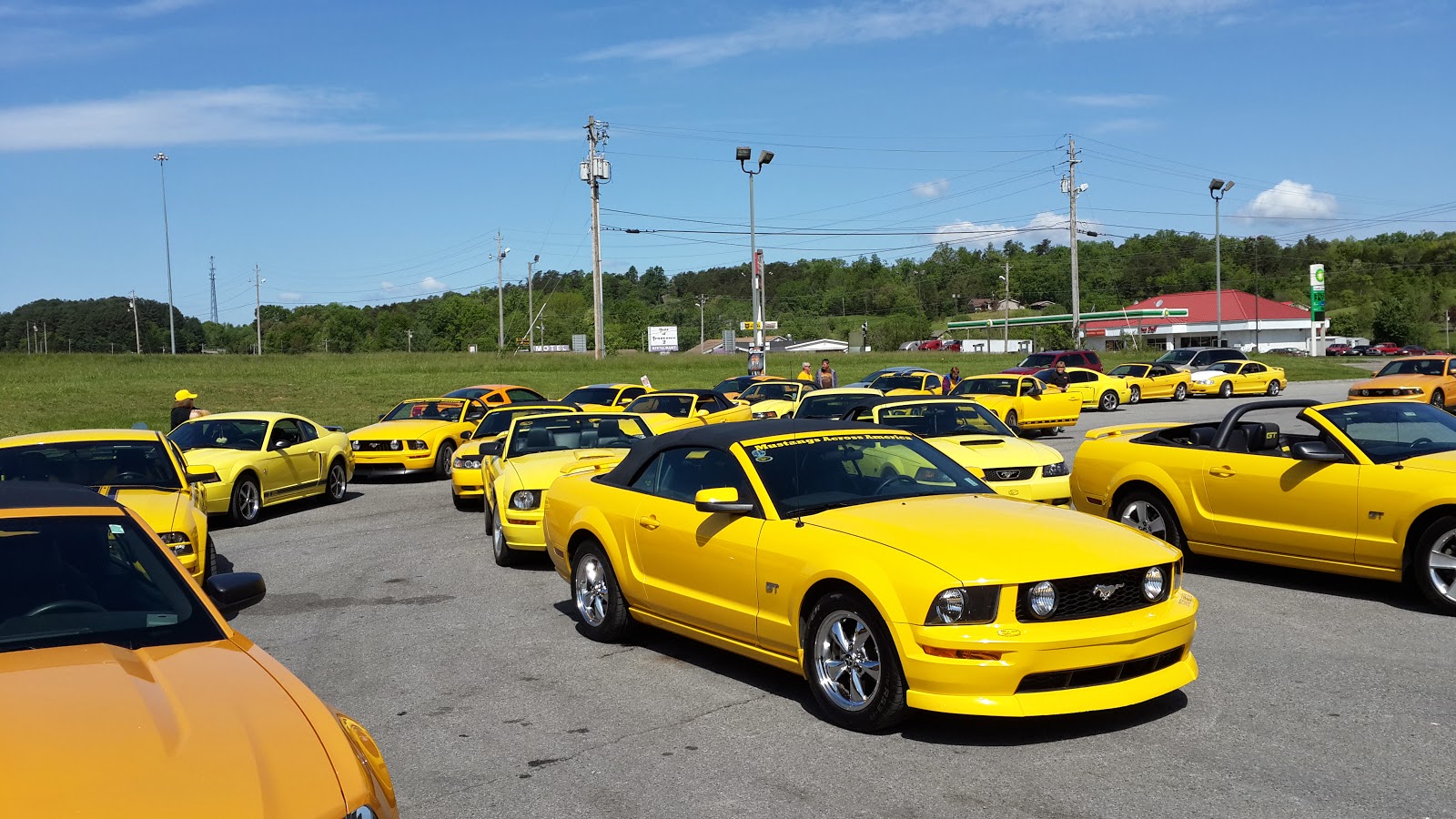 Friday night we went to Tony Gore’s  Smoky Mountain BBQ in Pigeon Forge, TN www.tonygore.com/tsresturant/smokymntbbq.html and I ate some of the best ribs & dessert I’ve ever had in my life.  If I am ever in the area again, I will definitely be back. 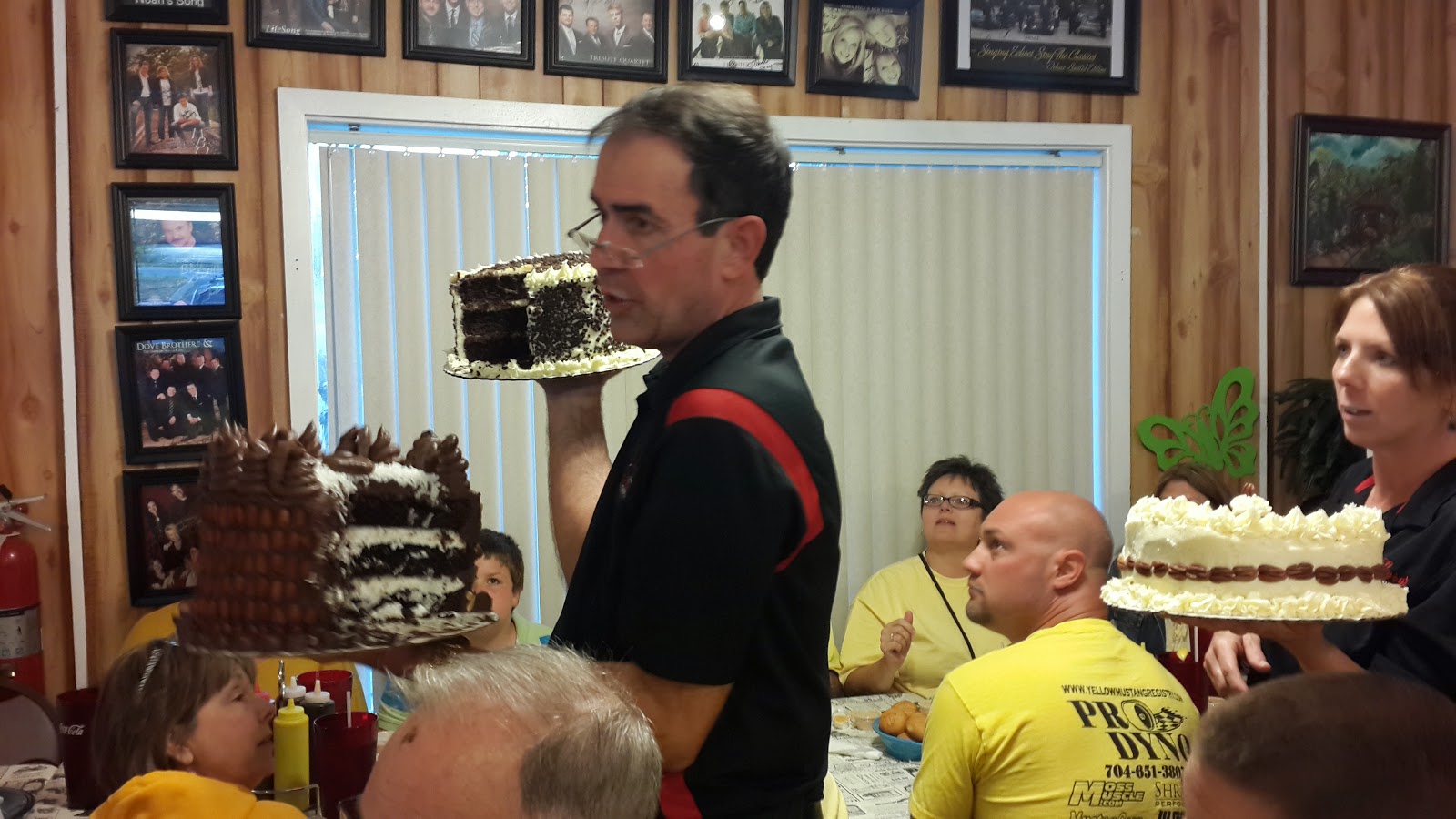 I was asleep by 11pm on Friday. I'm sure the yellow crew hung out later chatting and what not, but I was exhausted. That is the most driving I have ever done in my life and I had to wake up at 6am the next morning to do it all again.. 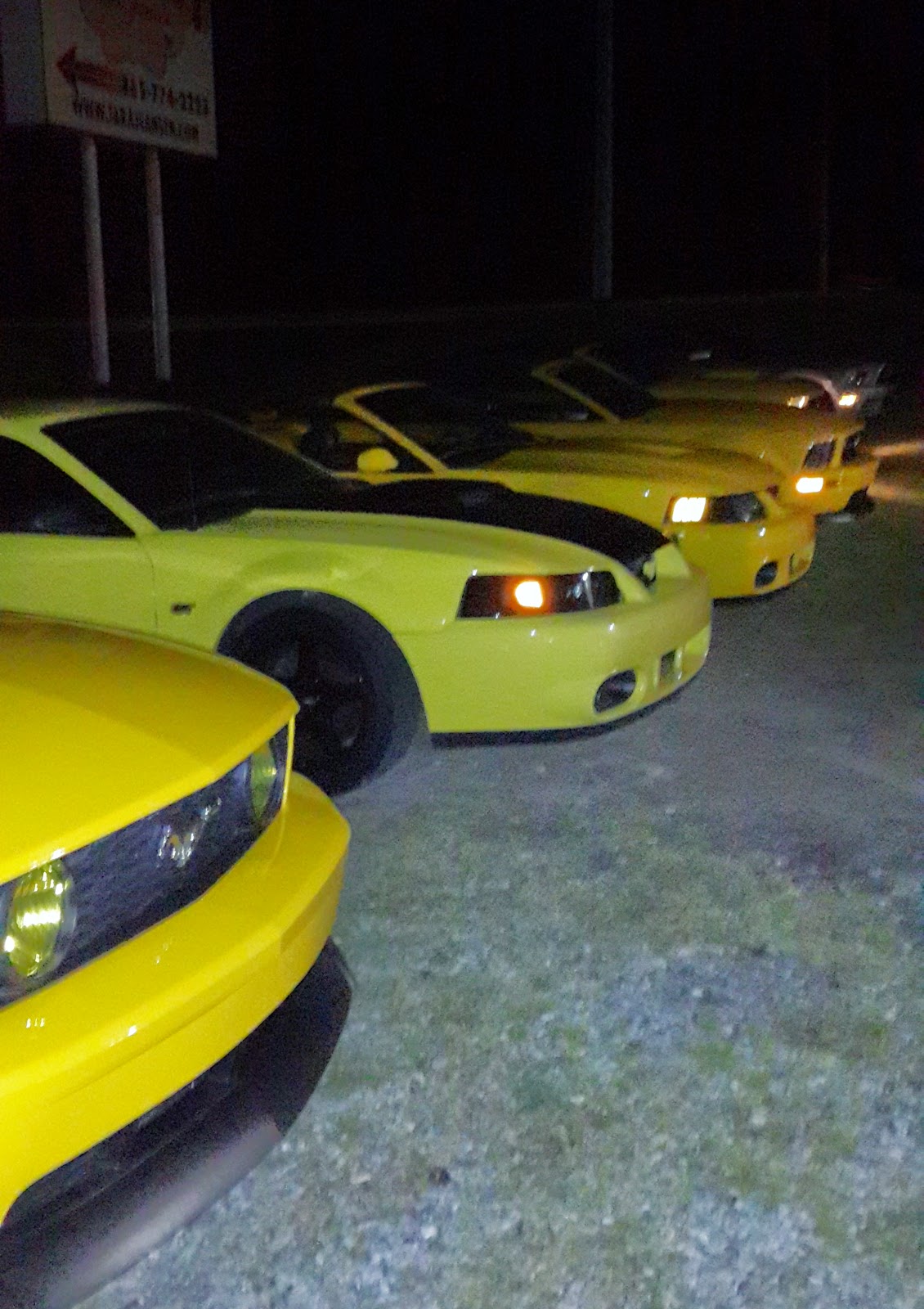 Apparently Pigeon Forge is a great place to take your kids, who knew?  It’s like a mini Orlando with tons of places that kids maybe 5-15 would enjoy.  The place I really wanted to visit was the Titanic museum, but the 2 hours I had free in the afternoon demanded a nap since I had been up since 5am.  *Le Sigh*

﻿
﻿ ﻿
Saturday morning lil Yellow Mustang and I headed south to Cartersville, GA to hang out with friends on the lake. That lil car really is a road warrior. 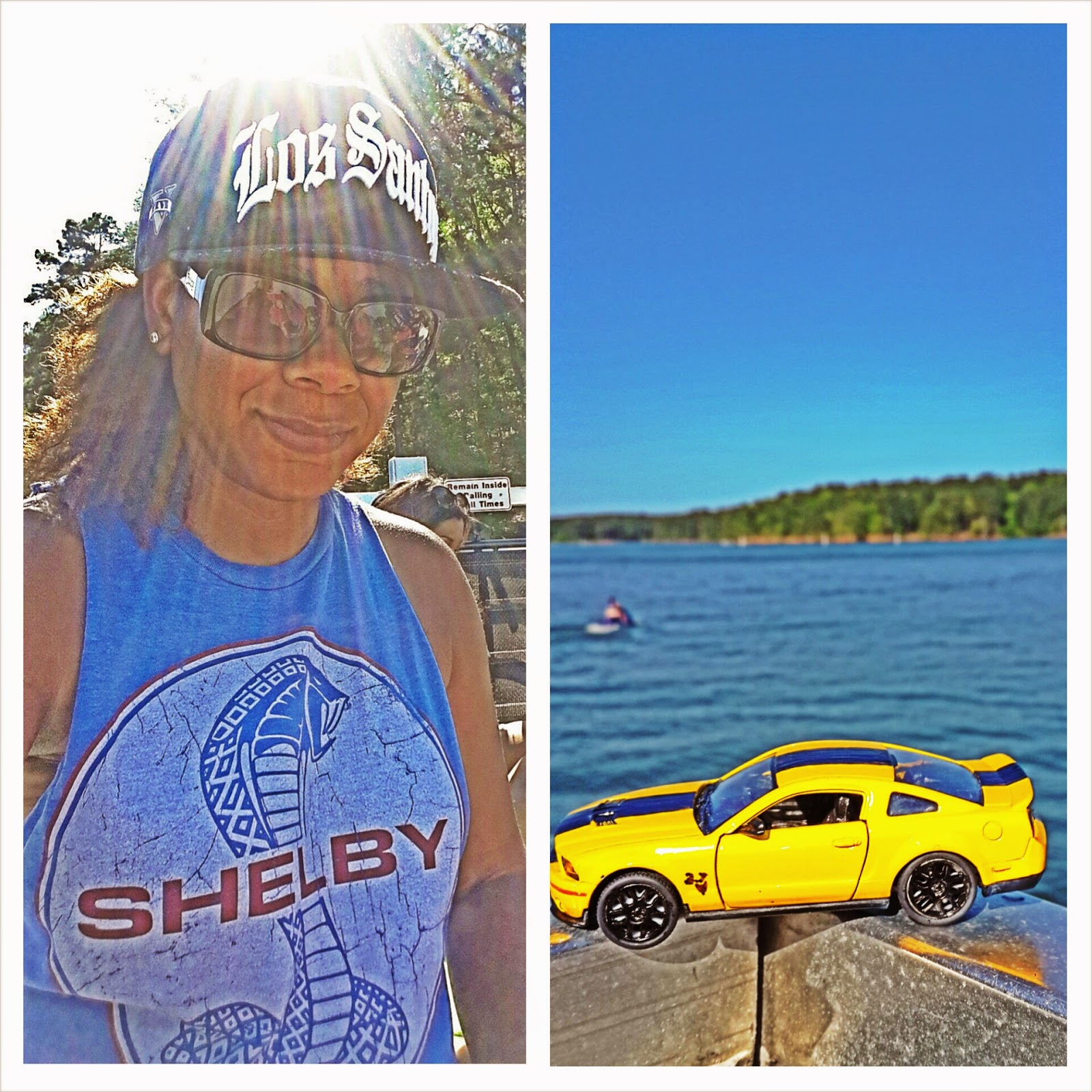 Email ThisBlogThis!Share to TwitterShare to FacebookShare to Pinterest
Labels: Mustangs