Cooler fete… be afraid, be very afraid.  It never fails that multiple people pass out and get carried out of cooler fete.  It is truly my favorite Atlanta carnival fete.  Because I knew sh*t was gonna get realer then Real Deal Holyfield I got a hotel room 2 blocks from cooler fete.

The funniest part about cooler fete is the next day when people start confessing the mess they were in or the mess they saw someone else in.  I didn’t really realize I was In Ah Mess until I woke up the next morning.  The hotel house keeping was banging on the door at 11am saying, “You aint gotta go home, but you gotta get the hell outta here!”  Then later I look at the pix and my azz is standing on top of the cooler waving my Panama flag practically the entire nite. 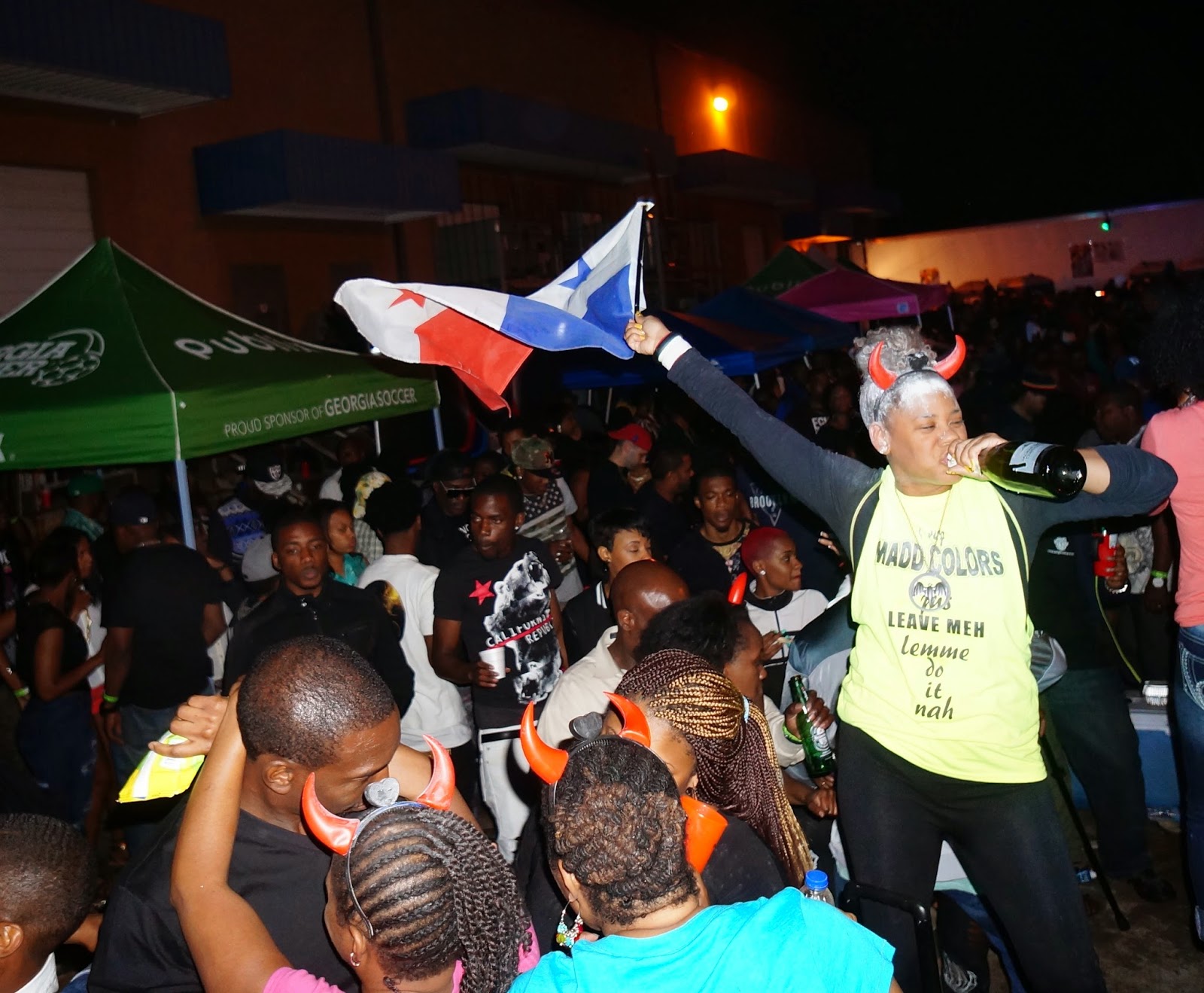 I must have been possessed in some flag waving trance??? Thank the lord I didn’t fall off… I take that back I was dragged off when one of the newbies fell off and took me with him.  This one fell off the cooler two times and fell in random places a few other times.  Let’s talk a lil more about him.  It was a friend of my brother Paco, I can’t recall his name.  He is a newbie and I know that newbies are usually the first to fall at cooler fete so I gave him a room key.  At the end of the evening Paco and I are like, “Where is what’s his name? Hope he is in the room.”  We get to the hotel and 1) the luggage cart is in the room (why we have no luggage?)  2) There is ice all over the dayym place 3) He is on the floor with his foot in a garbage can full of ice.  As 50Cent would say, “What the F*CK happened to you?”  He tells us that his drunk azz sprained his ankle with all those falls and managed to drag his 2 blocks to the hotel then used the luggage cart to get to the room on the 2nd fl. Paco says to me, “why didn’t you tell me he was falling, I would have stopped giving him alcohol???  The next day I see a picture of Paco helping the man off the floor. *SIDE EYE* 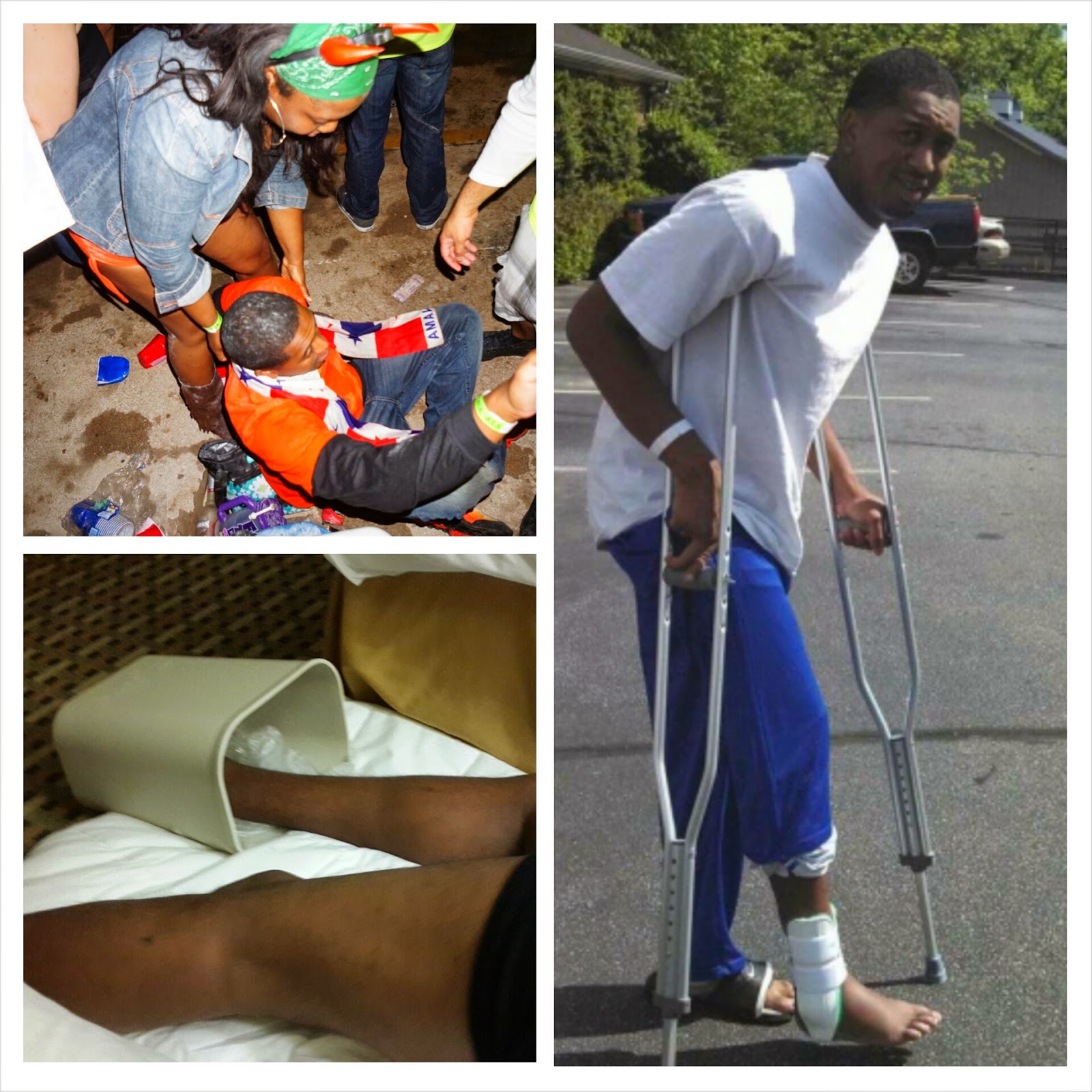 Anyway, while they further discuss the injury, my drunk azz proceeds to do some gymnastic moves on the luggage cart. 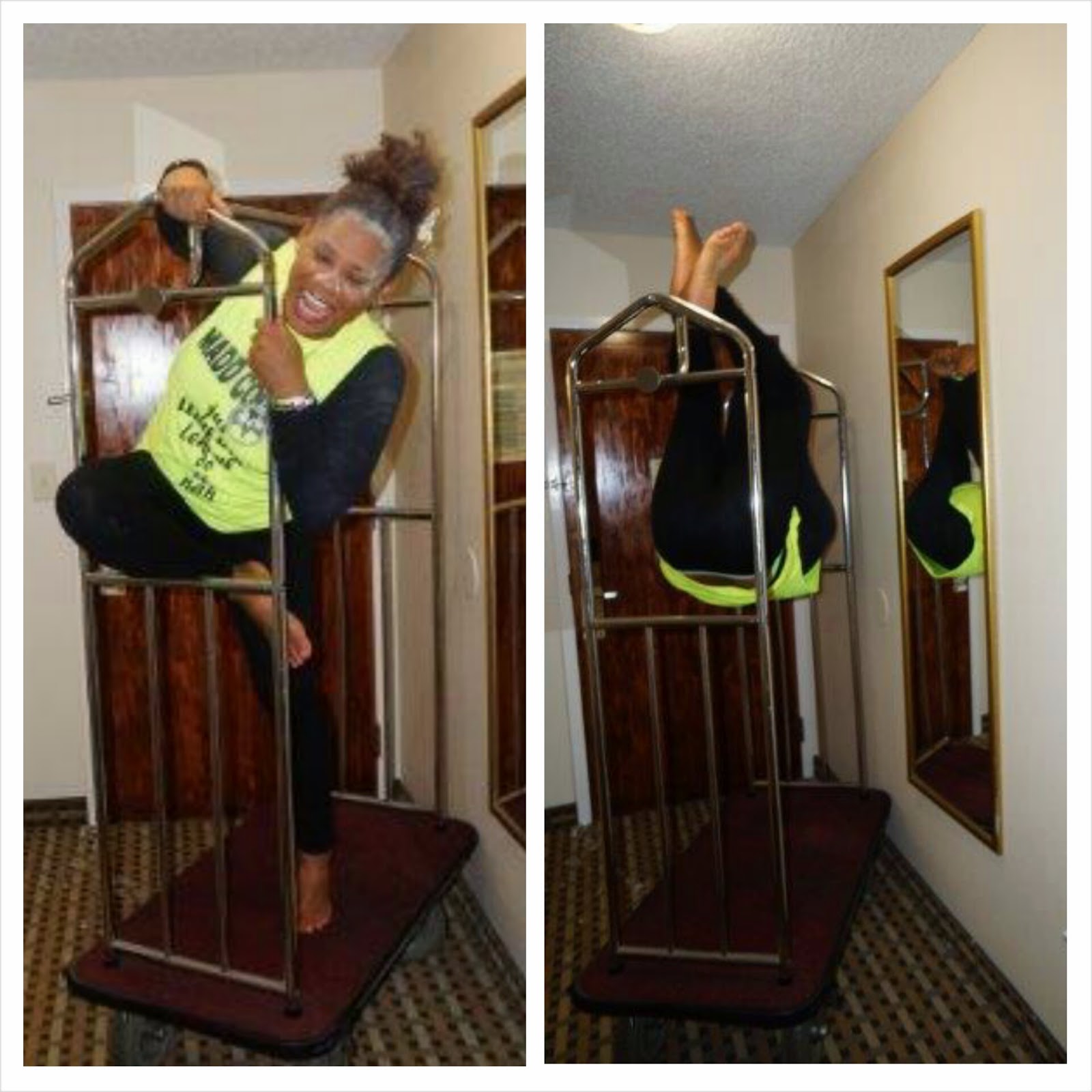 So the next day I get to hear everyone else’s funny stories.  Here are a couple of the stories, I have hidden the names to protect the innocent.  This one has a hole in her pants cause apparently she did a face plant in the fete.  *Good Grief* 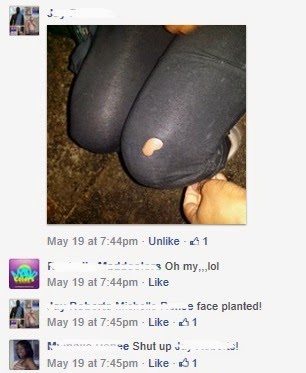 I tell this one that I think I saw her dancing on stage and I can just imagine her waving her finger through the air as she says, “I don’t do stages”  then I hit her with a picture of her GETTING DOWN on stage. *smh* 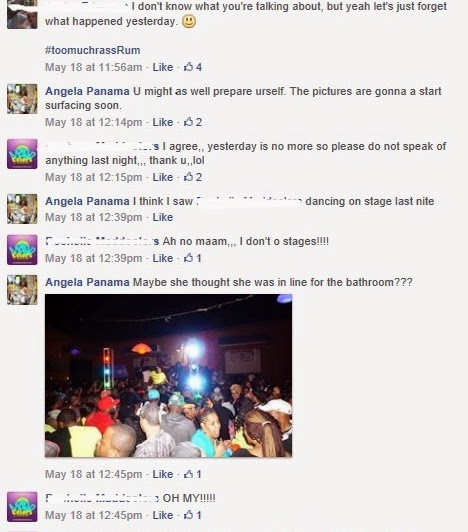 Some people miraculously woke up at home or on someone'z couch and a few others told me that they slept in the parking lot for a few hours.  Cooler fete casualties... when we will learn???  Anyway, I leave you with a quick video recap of the madness that is cooler fete.  See you in 2015