An Average Weekend in Atlanta 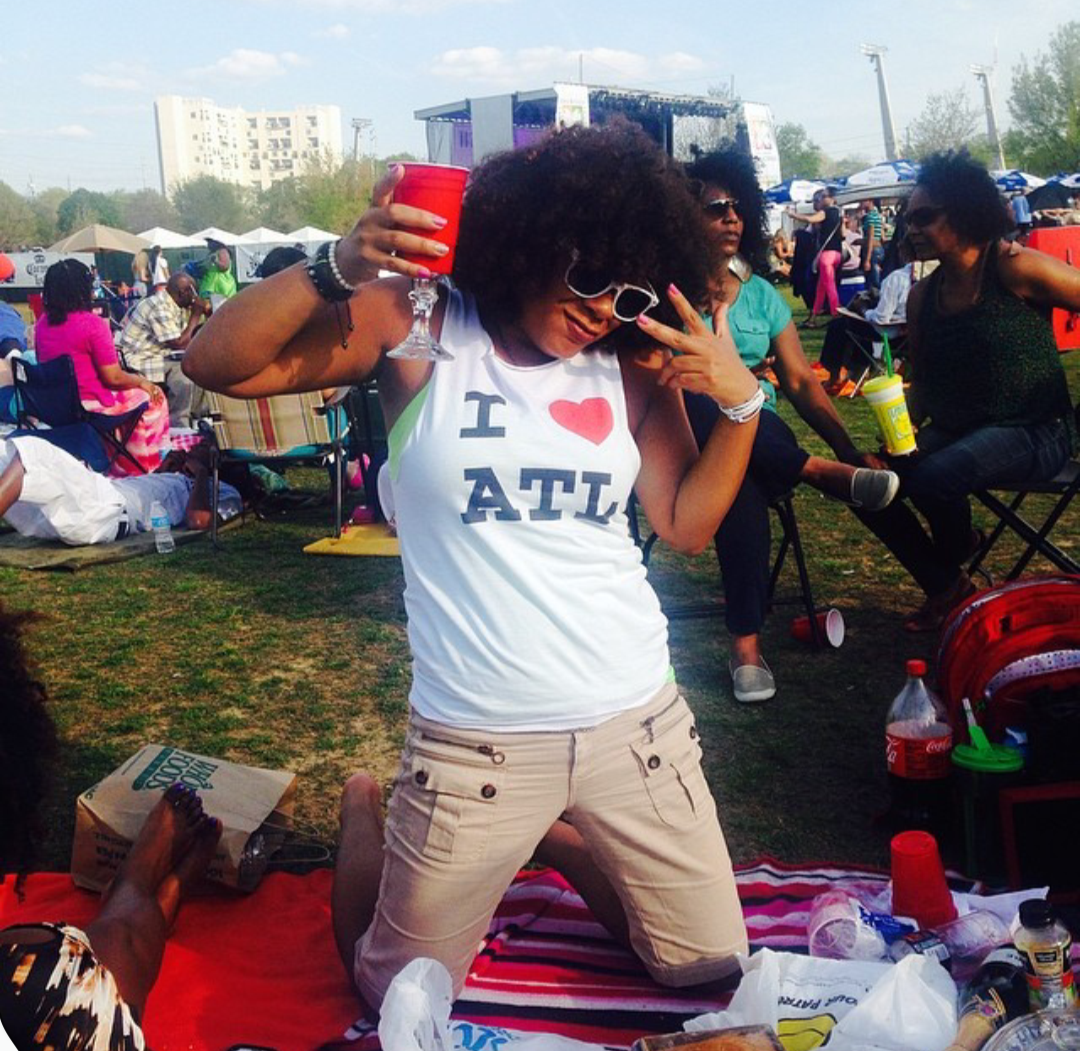 Often I have people ask me about ATL living, usually its people that are coming to visit and want to know “what is there to do?” I don’t blog about ATL often so I figured I would just give a quick recap of my previous weekend just to give those not in the know a general idea of how we gets down.  May I say that while it was an outstanding weekend, it wasn’t unusual.  Most weekends in Atlanta are jam packed full of awesomeness, there is always a festival, concert, exhibit, show, whatever going on.
Let me start off with Fake Friday (or as the normal people call it “Thursday”)  Fake Friday’s usually either have include a happy hour after work or an evening out on the town.  This Fake Friday my daughter and I spent the evening at the Atlanta Botanical Garden, so no happy hour.  I purchased a half off coupon on Groupon (because I am the coupon, groupon, bargain shopping queen). Atlanta Botanical Garden is a 30 acres botanical garden. I adore flowers, especially tulips so I always enjoy a trip to the garden.  We must come back when Imaginary Worlds exhibit returns in May.  Word on the street is that they have 9 new characters so I can’t wait to come back and seem them. 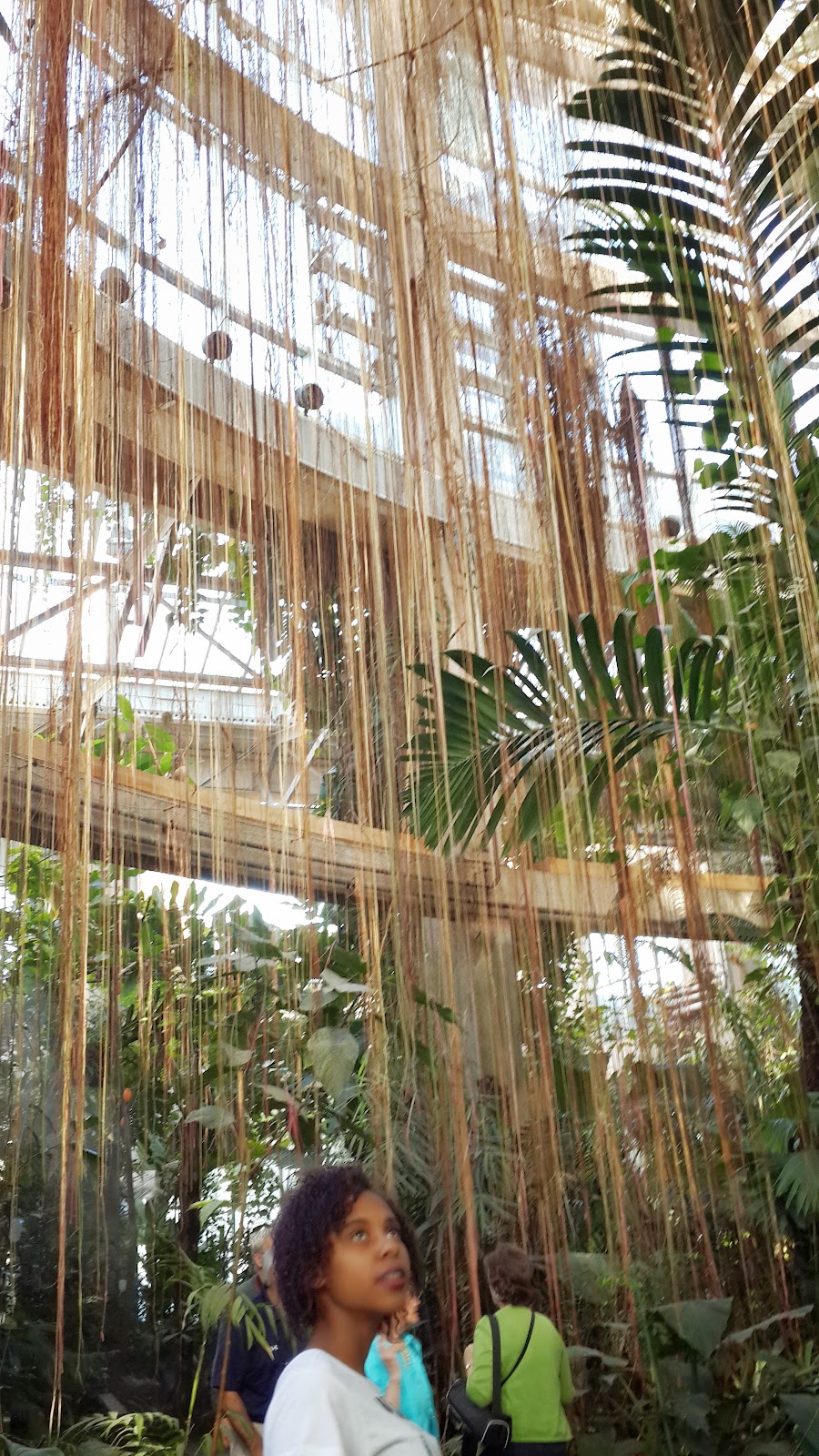 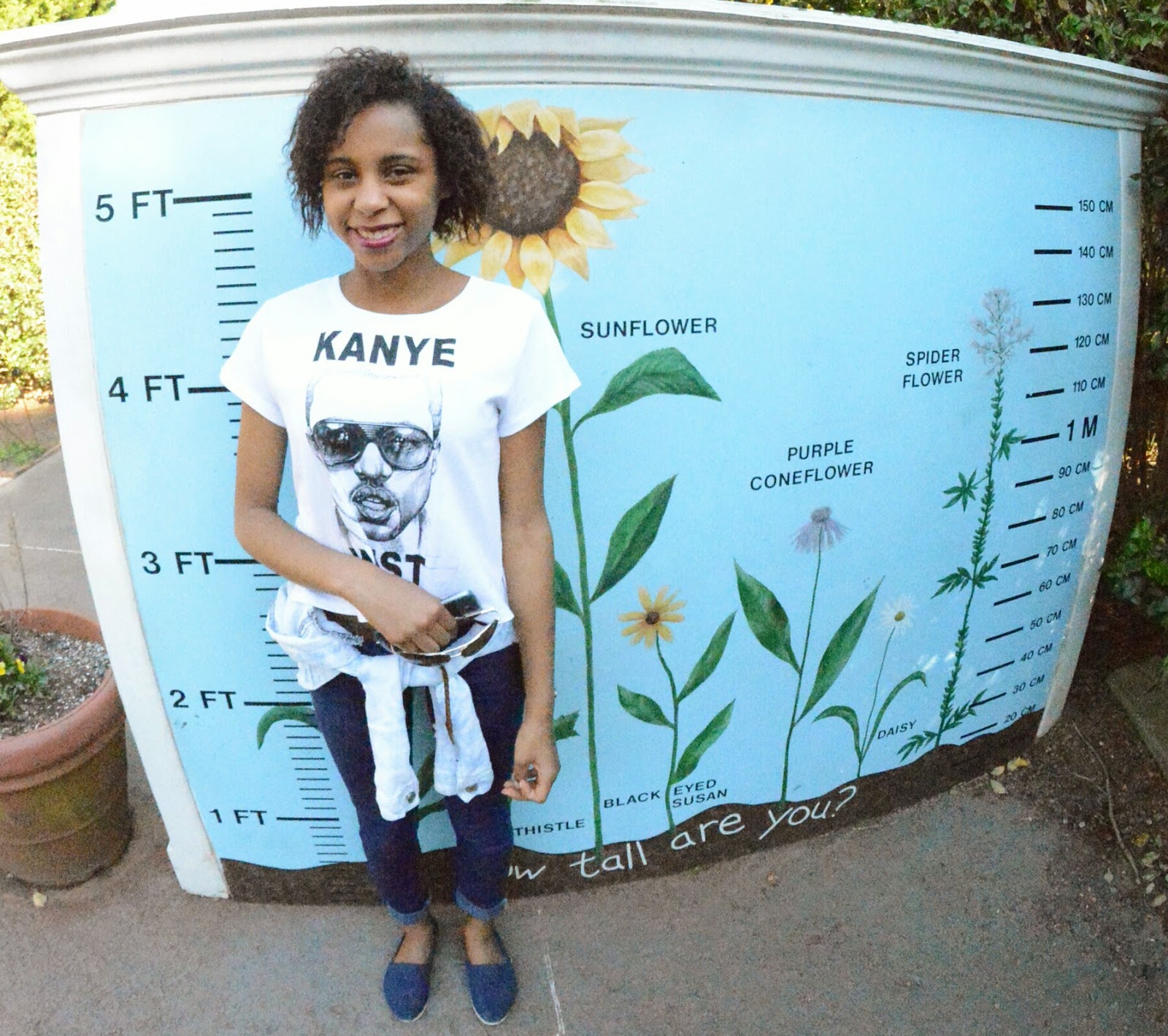 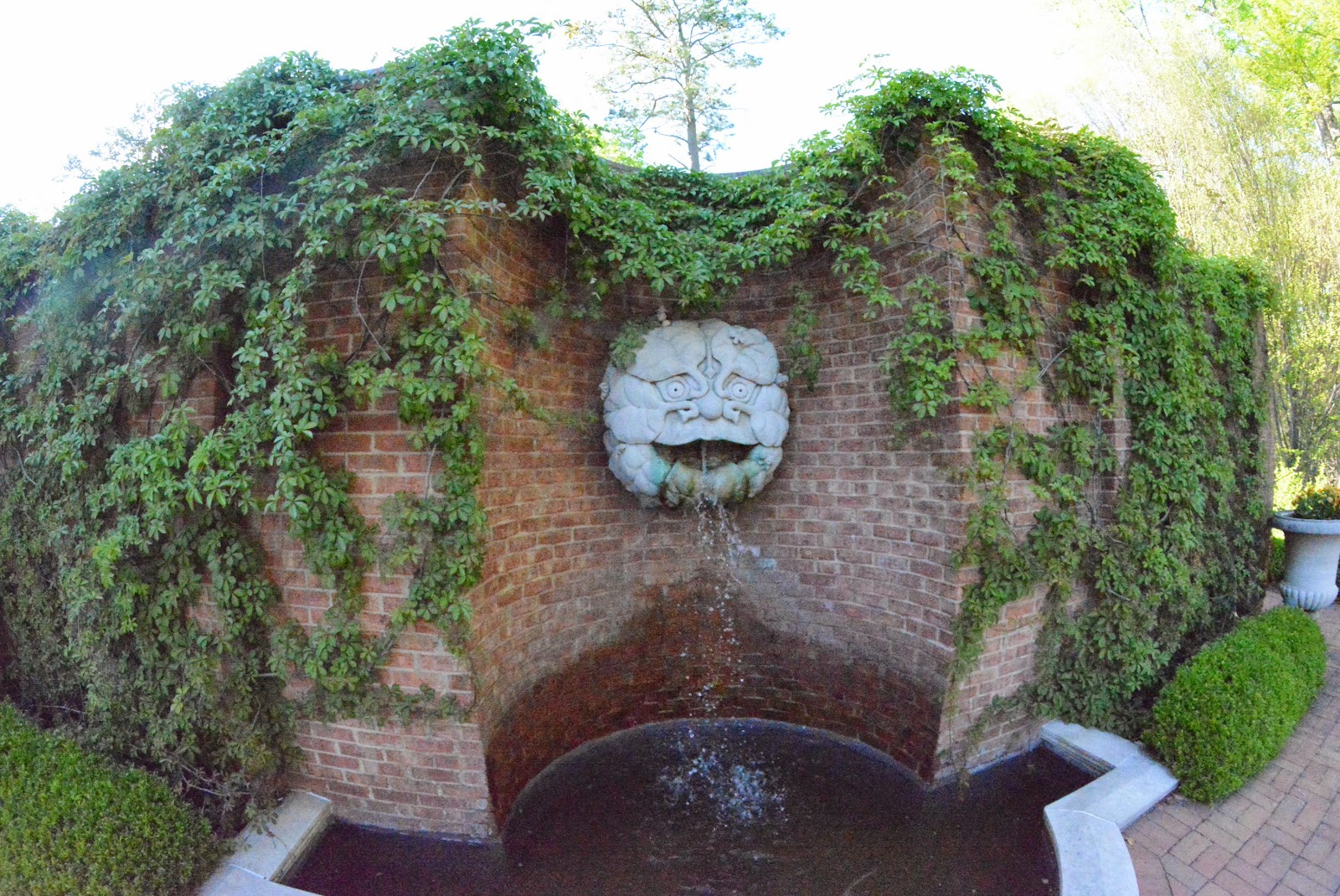 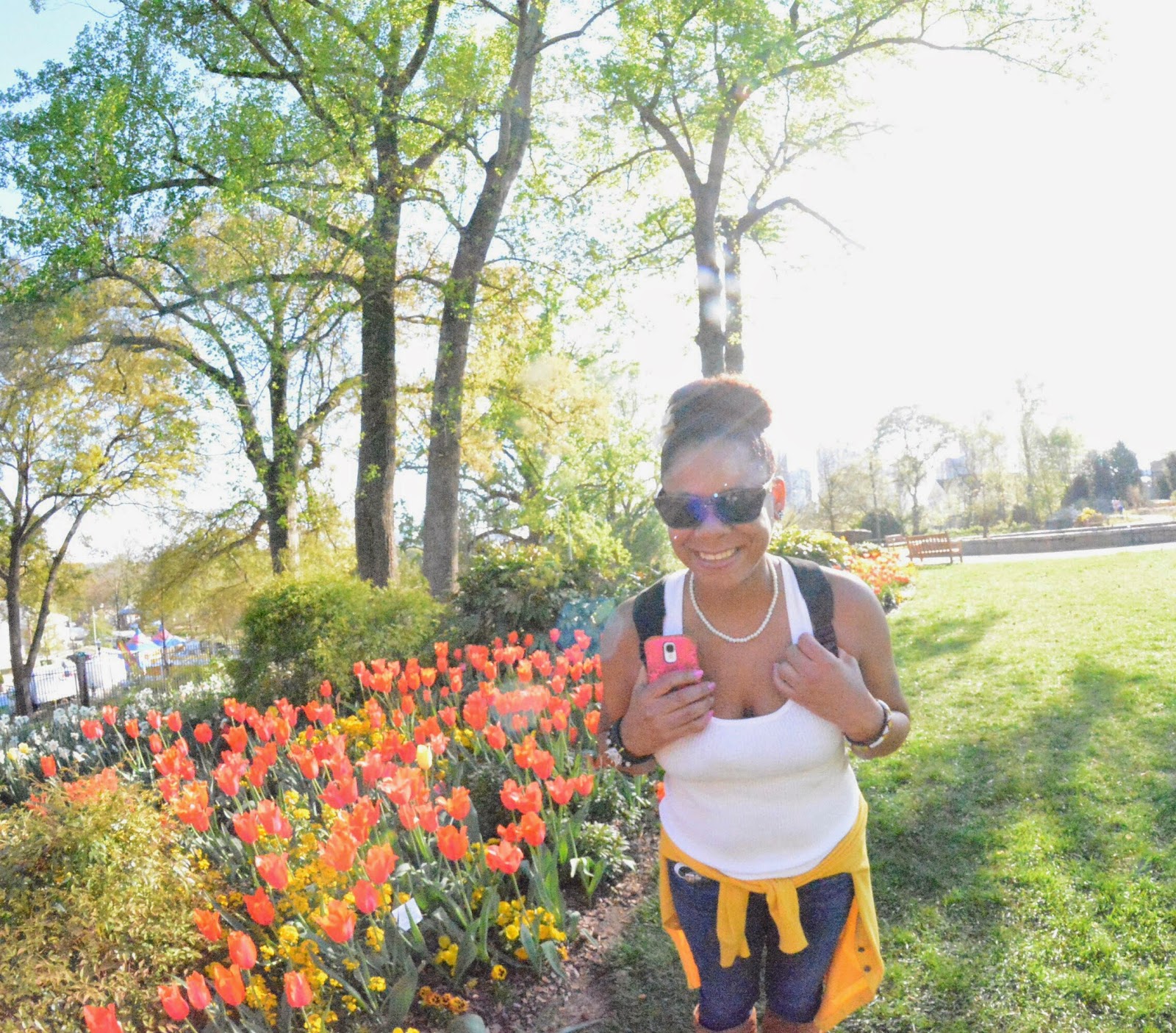 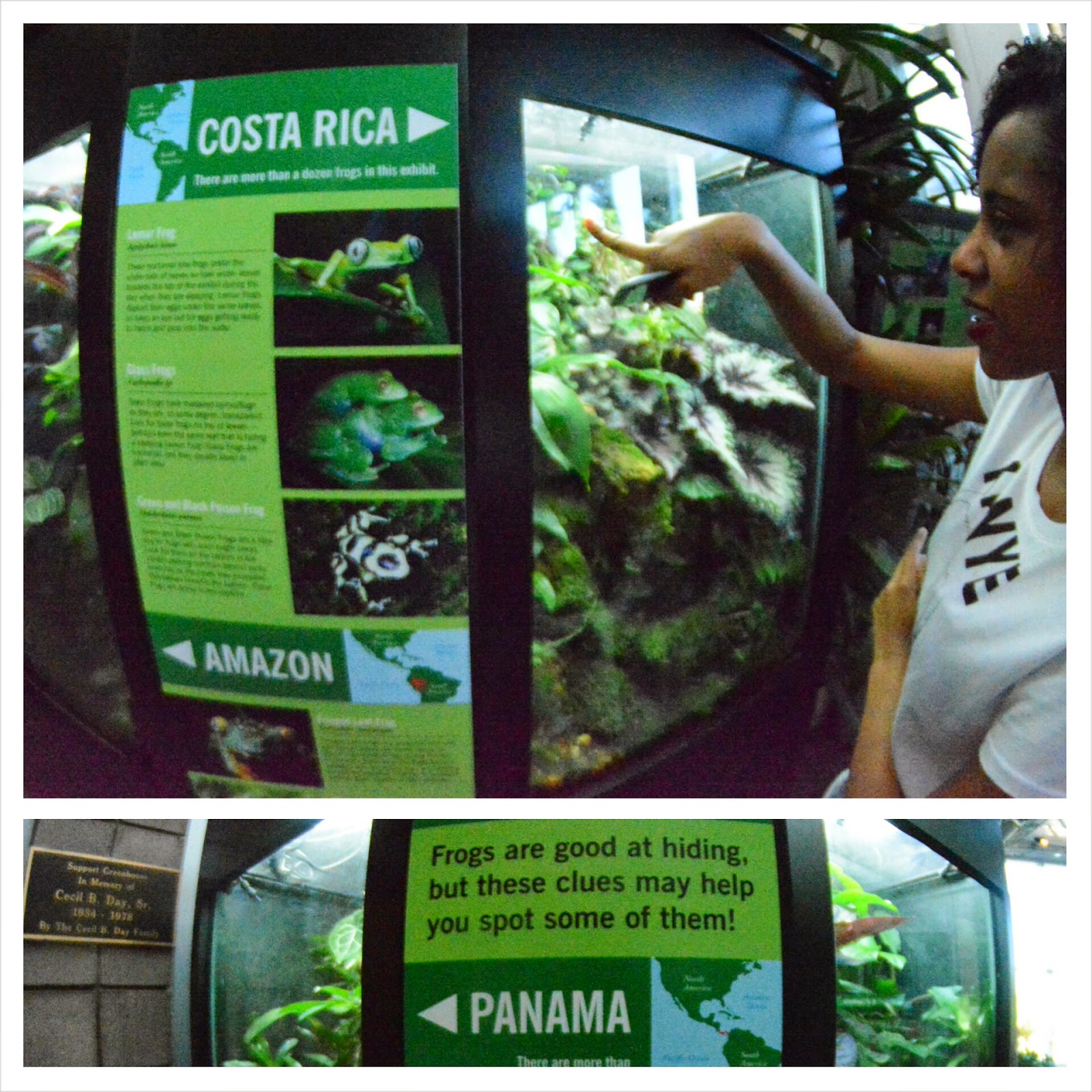 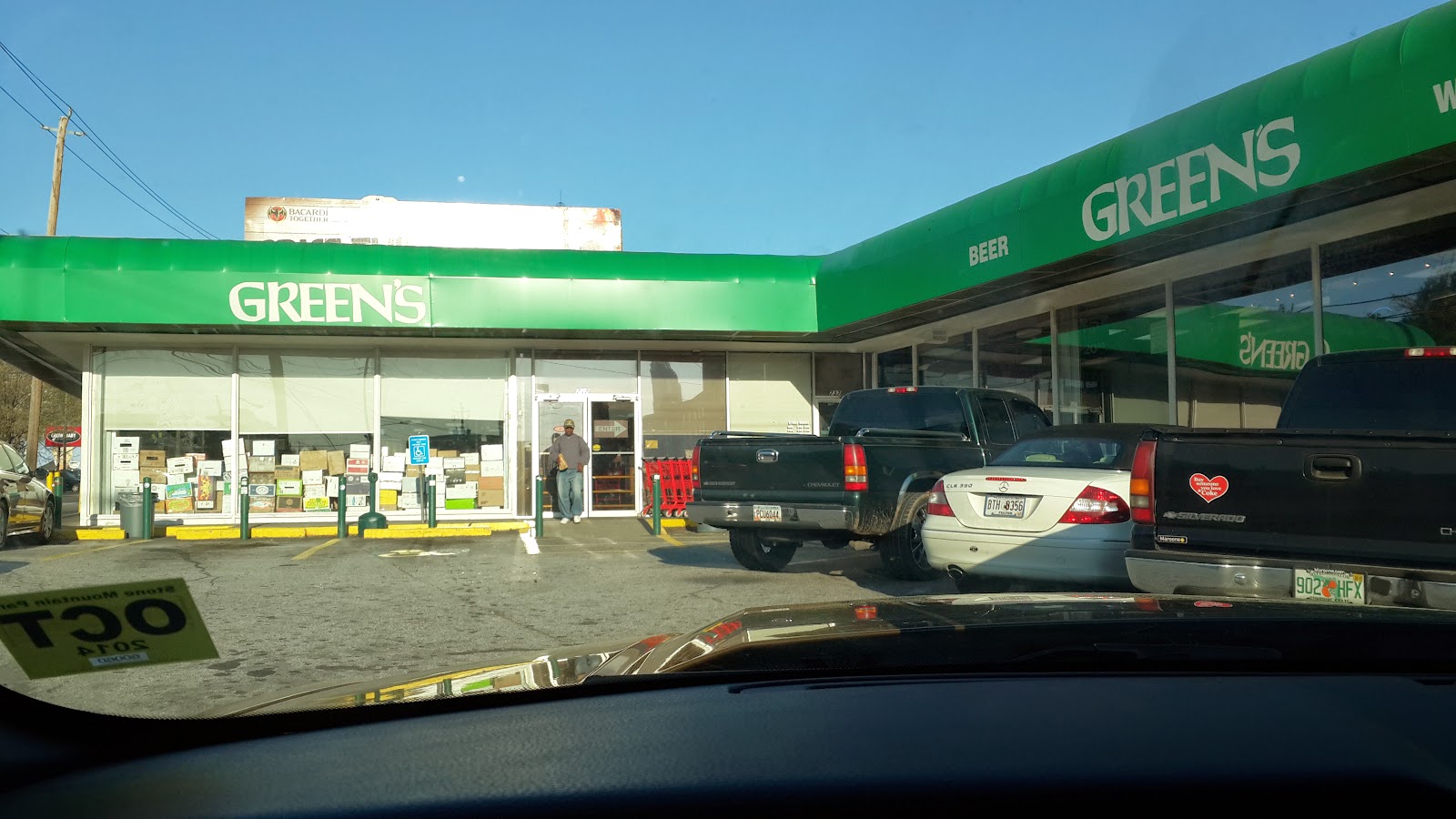 On the way home from the garden, had to make a stop at the best liquor sto in town Greens.  Gotta stock pile booze for the weekend and Greens is the cheapest in town *YIPPEE*


Friday afternoon consisted of a run to the Dekalb Farmers Market after work to reup on the fruits, veggies, juices & berries.  I love that place, they have so many things from around the world that you can’t find in a regular supermarket.  A little taste of home right here in Atlanta.
﻿ 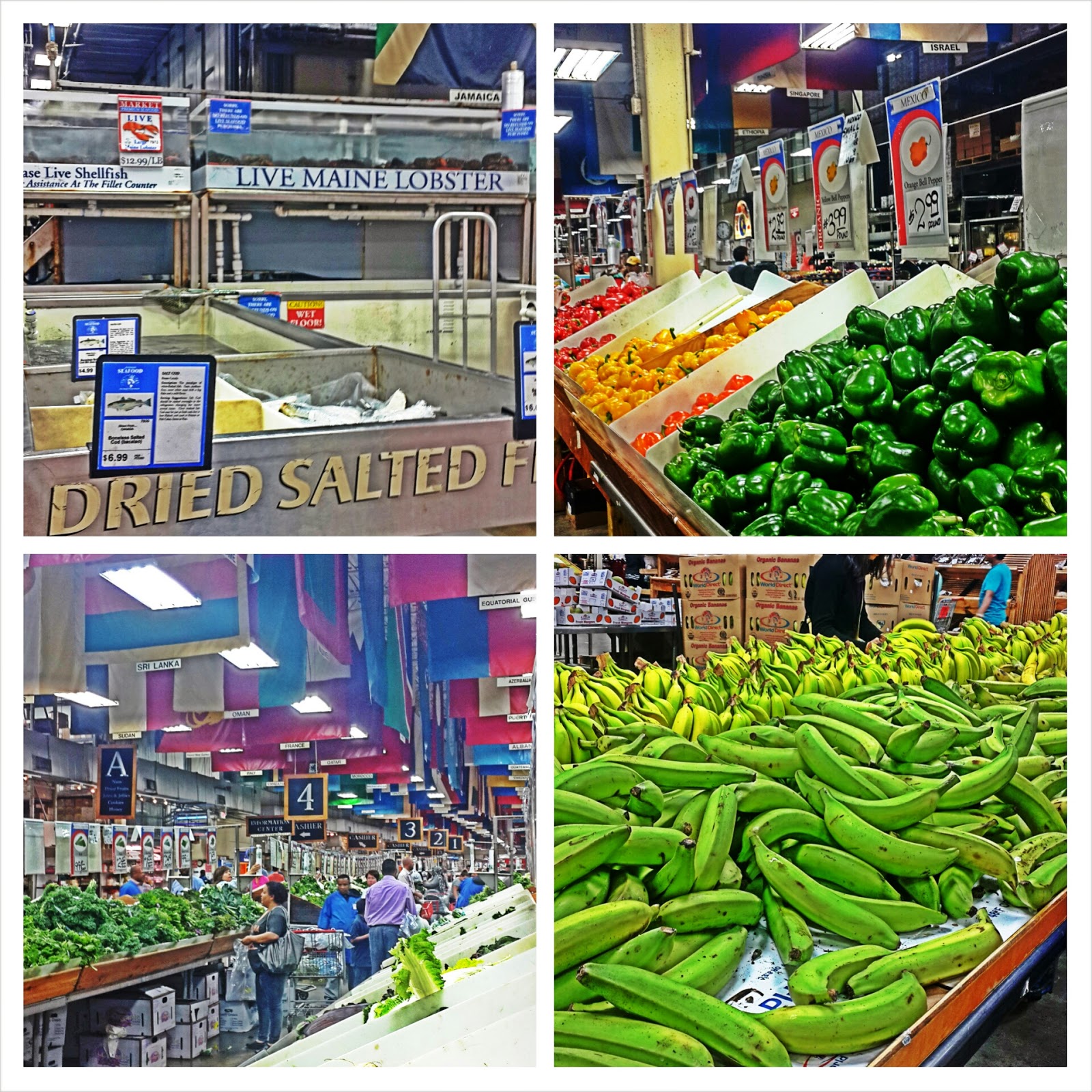 Friday night it was off to the party on the Caribbean side of town (Decatur, Stone Mtn, Lithonia) to laugh and dance our lives away.  As always, it was good good times with my Caribbean peeps. 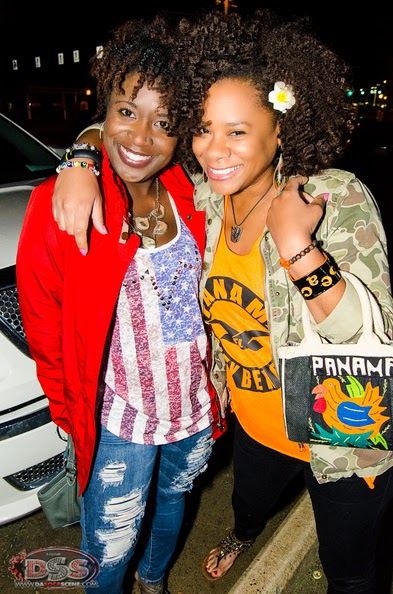 Early Saturday afternoon it was a quick run around Stone Mountain (World's largest exposed granite monolith) www.stonemountainpark.com.  Ok I’m lying it took me 1 ½ hours to power walk/ jog the 4 miles around the damn mountain.  The reason I go there is because you can’t quit until you get your lazy azz around the mountain.  If I was on a treadmill I might stop after 2 miles, but here… NO SURRENDER!!! 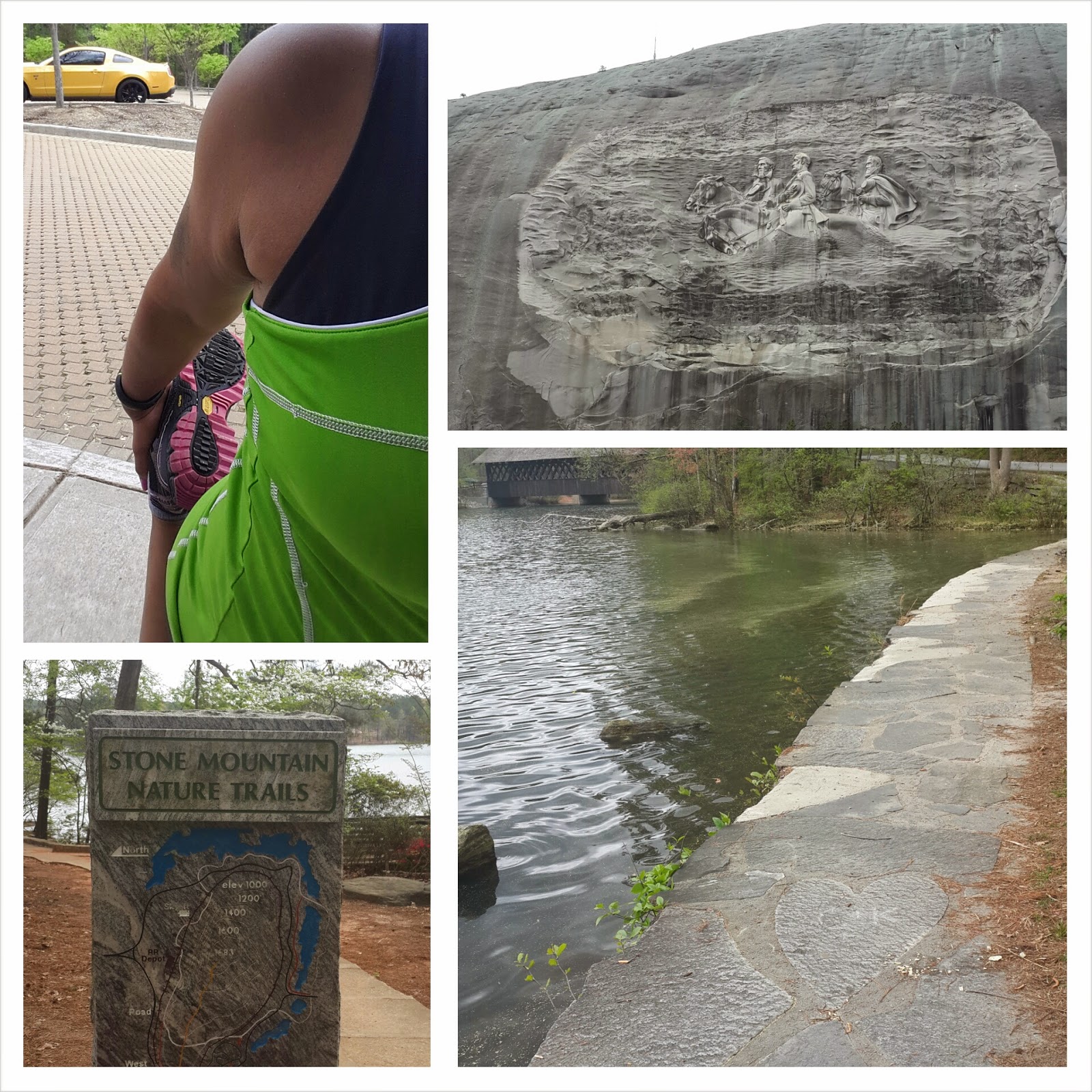 Late Saturday afternoon into evening the homies and I had a picnic at the Dogwood Festival at Piedmont park.  Potluck style with plenty of food, booze, music & good vibes.   Just lounged around for hours at the park for hours enjoying the beautiful weather and the company of good friends.  I couldn’t really tell you what the Dogwood festival consisted of cause I never left our lil spot.  I gave the teens some $$$ and they disappeared for a few hours to do “teen stuff.” There were live performances that we didn’t really pay attention to cause we blasted our Carib chunes instead; kiddie rides and art vendors??? 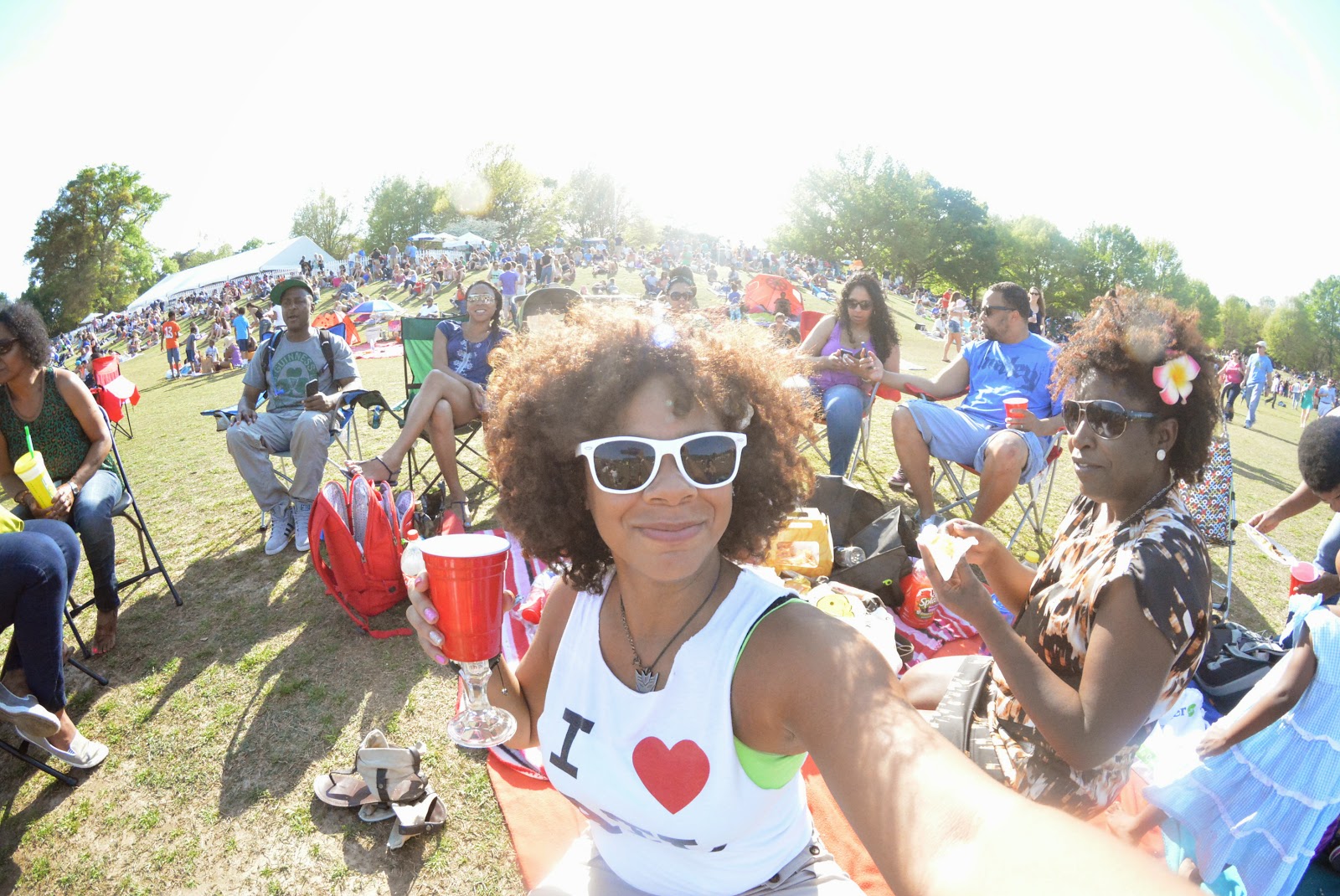 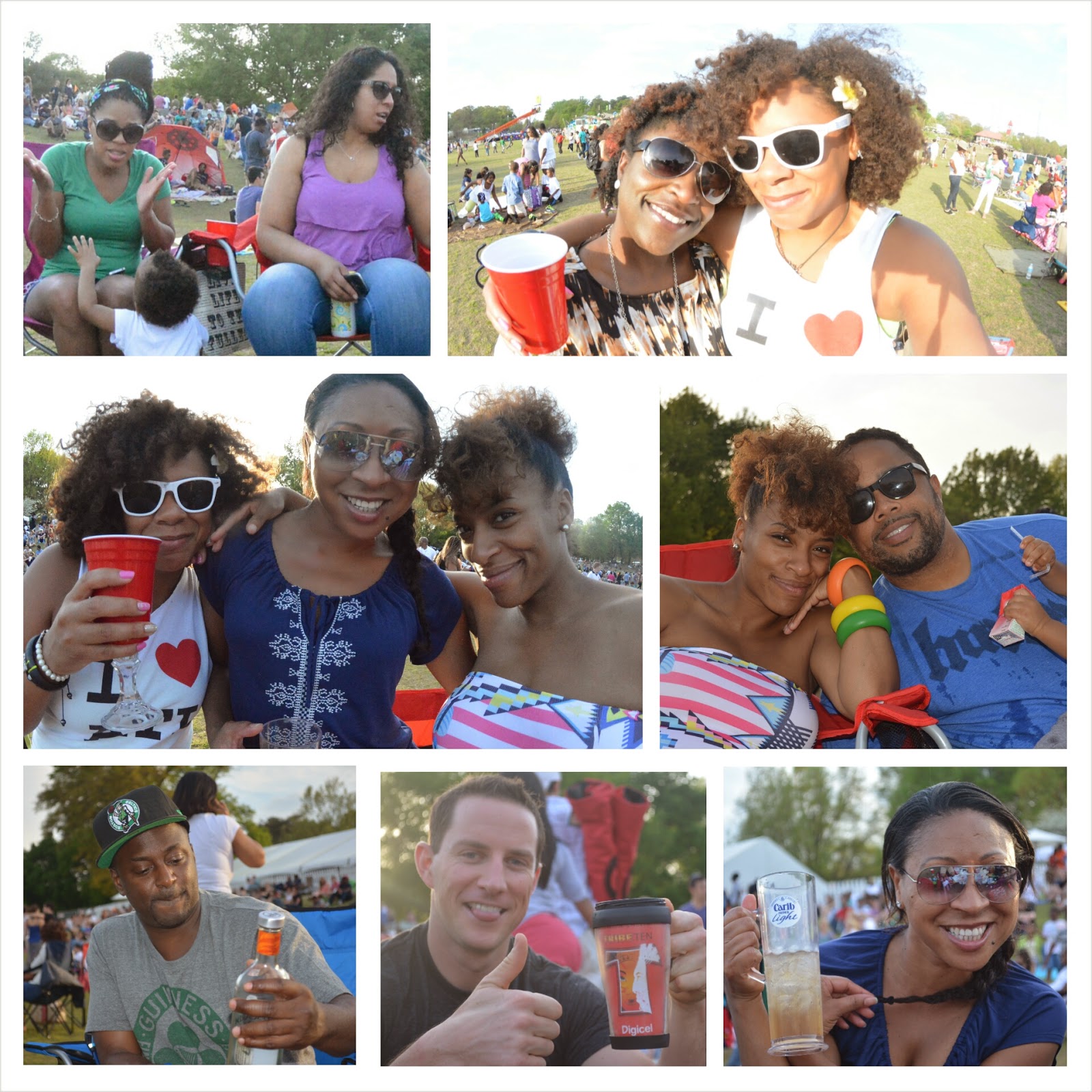 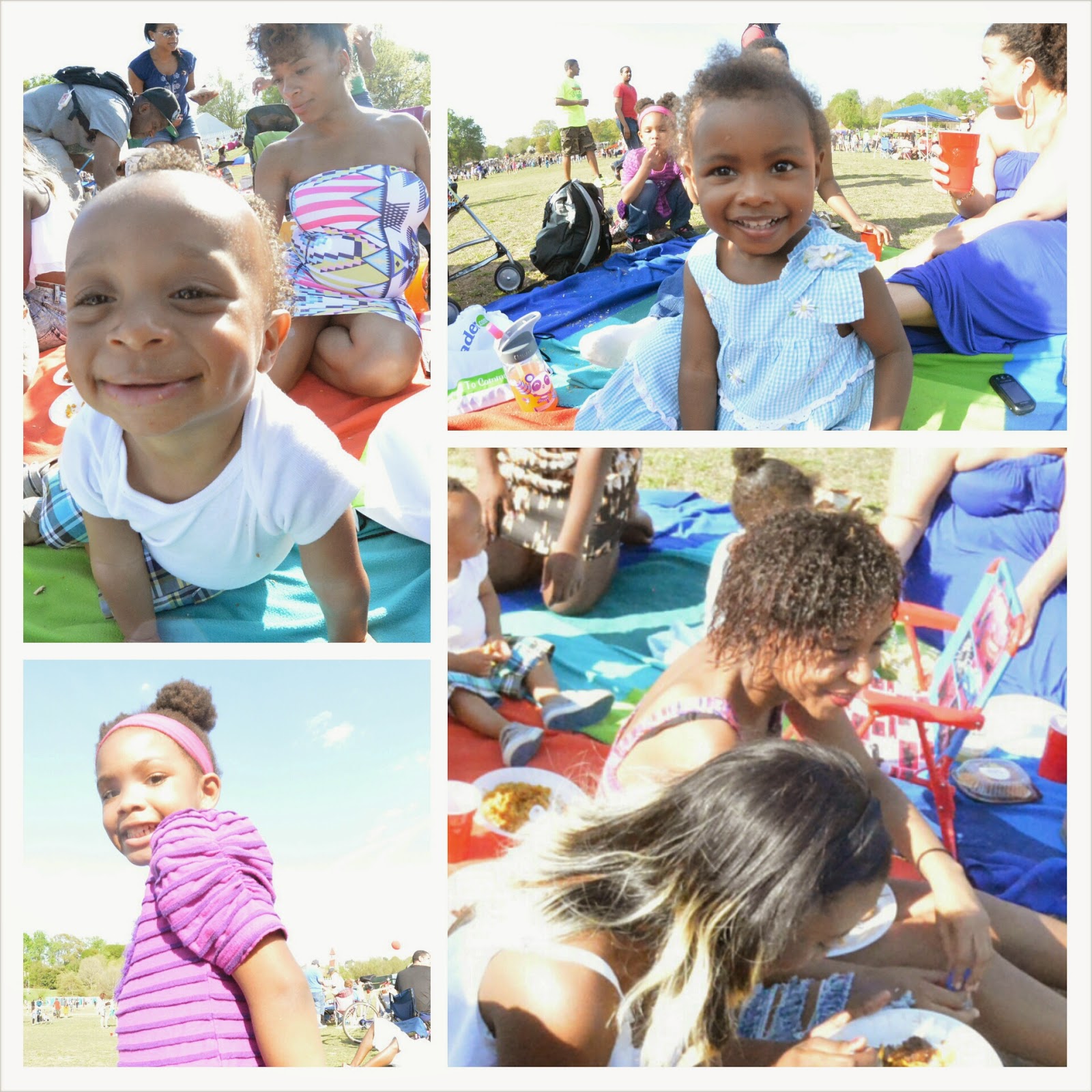 No time to powernap, Saturday evening we headed downtown to hang with a friend that was in town.  Went to Metro Café to enjoy some drinks & bad karaoke.  Even though we love karaoke we didn’t get on the mic, but I did enjoy the random songs that the others chose to sing.  Was talked into doing a shot of whiskey *YUK* and ended the evening at IHOP (so much for the lil calories I burned that morning). 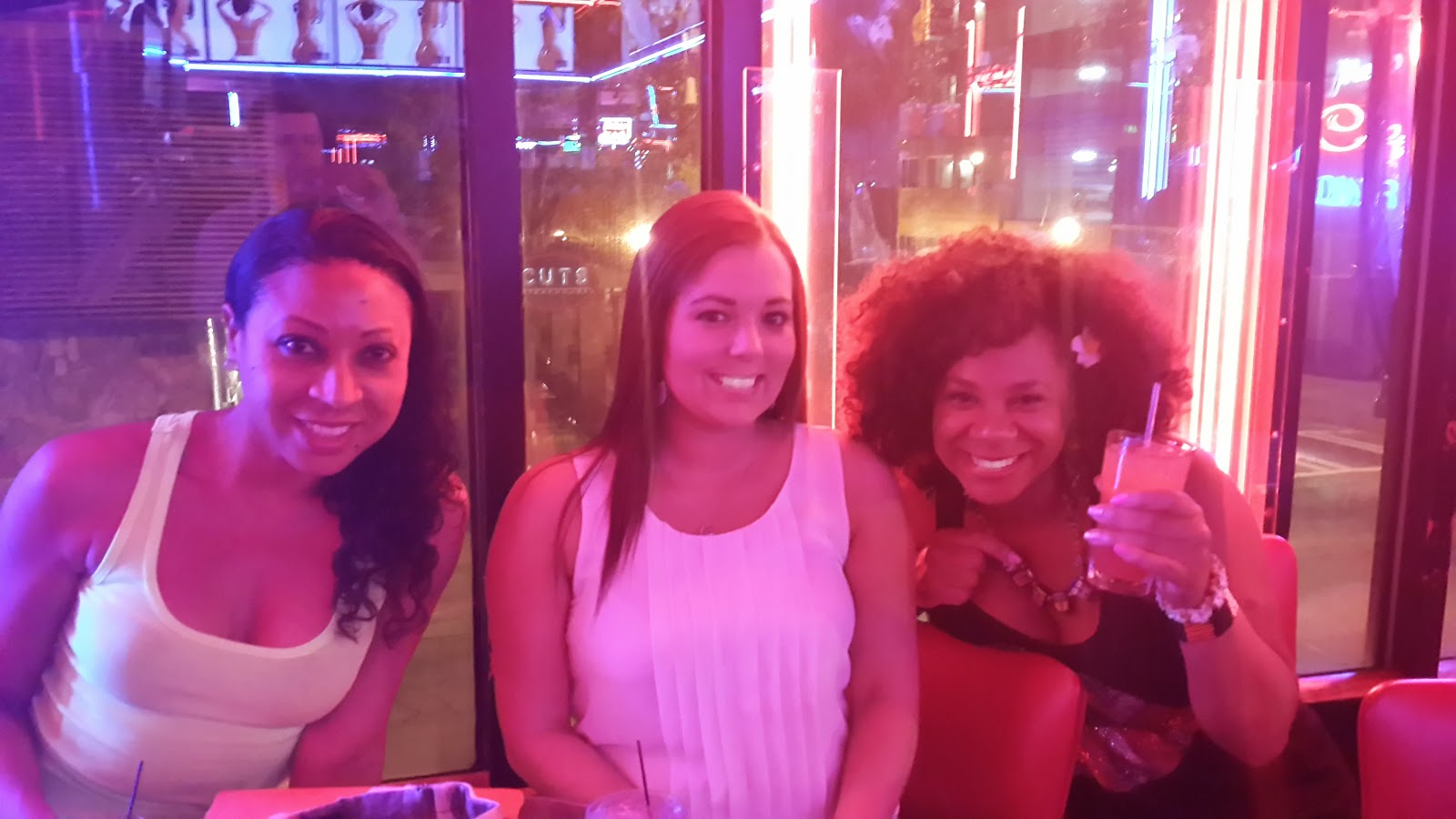 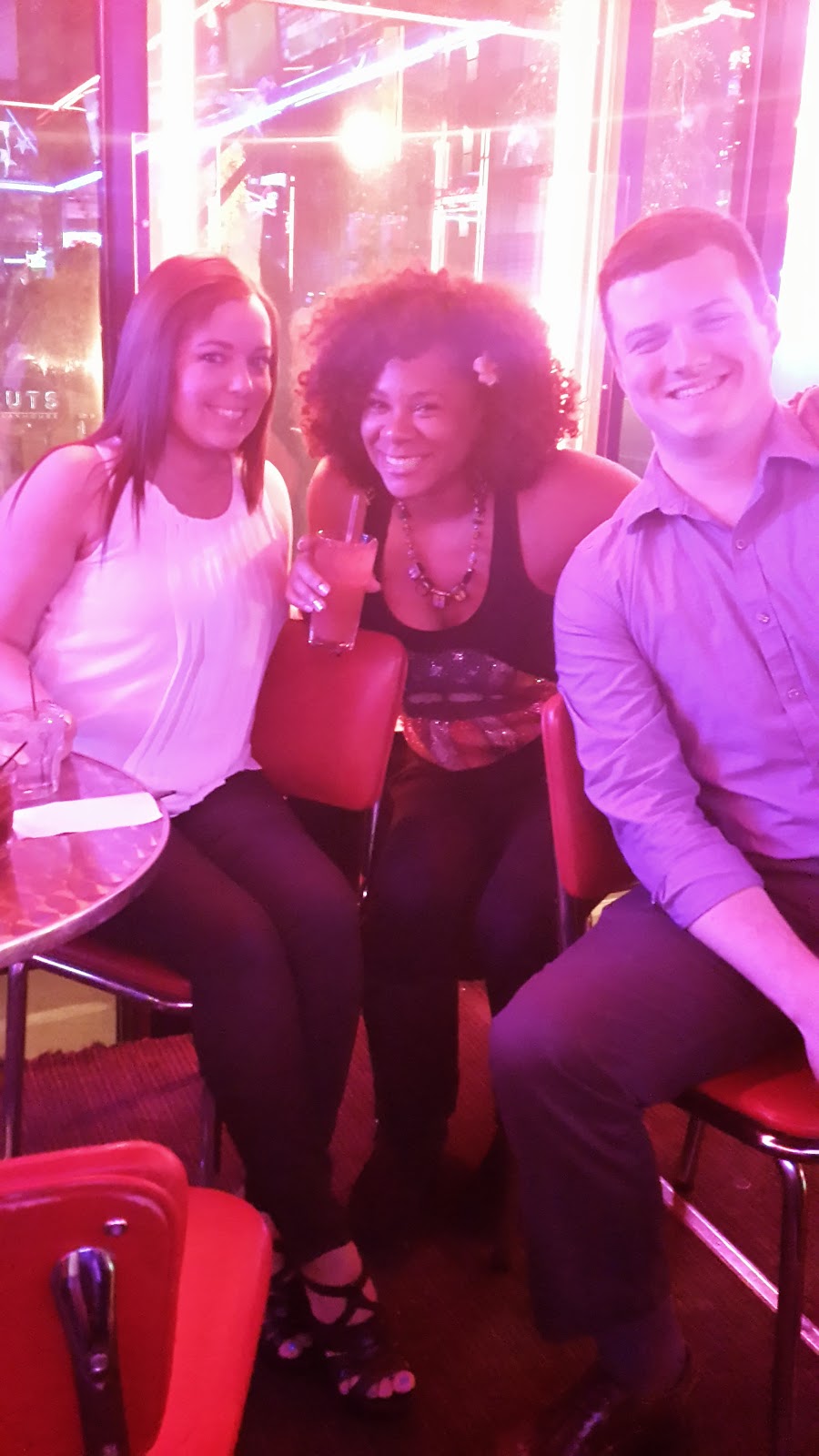 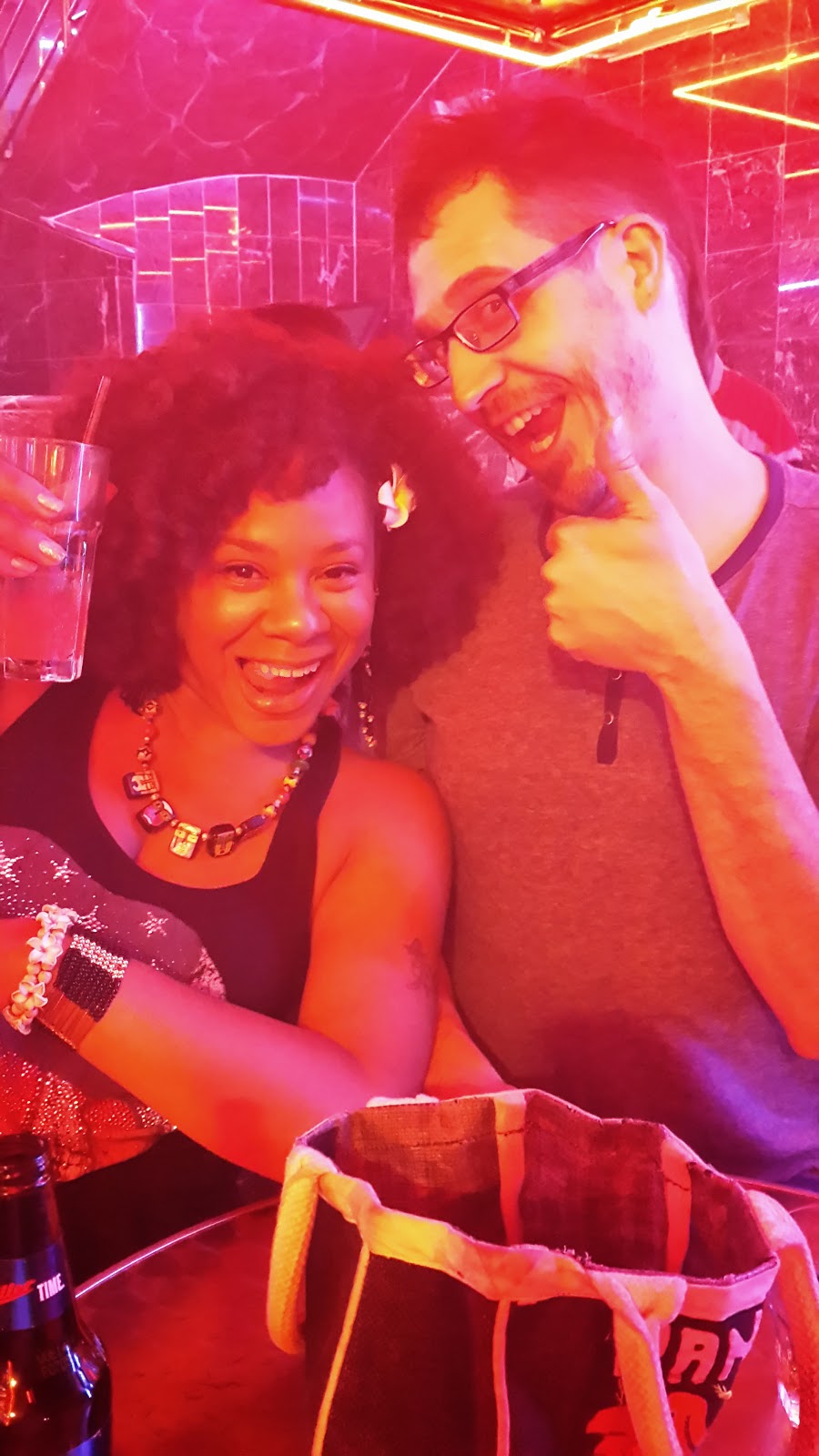 If you think the weekend fun is done, u are Oh So Wrong!!!  Sunday I was supposed to go to the Atlanta zoo with the fam, but that got rescheduled to May.  No worries, some friends and friends of friends were headed to the Atlanta Braves game so I joined them instead.  They were an extremely entertaining hot mess crew.  We hung out on the Chophouse patio drinking most of the game and only were in our seats for all of 30 minutes.  It was a very cool tempature day, the games in the blazing heat can be torture, even though Dudley got seats on the level with A/C just in case. Lolol 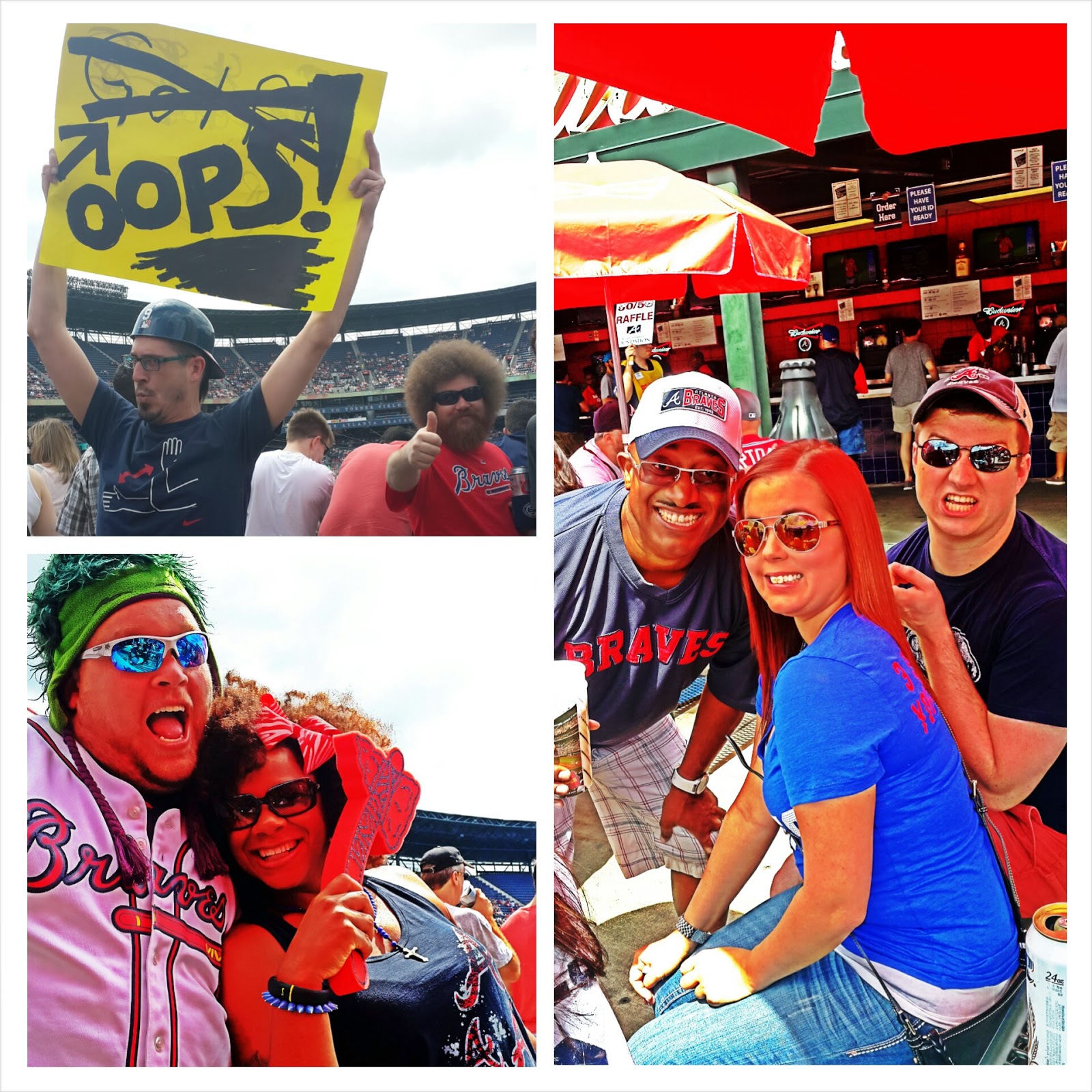 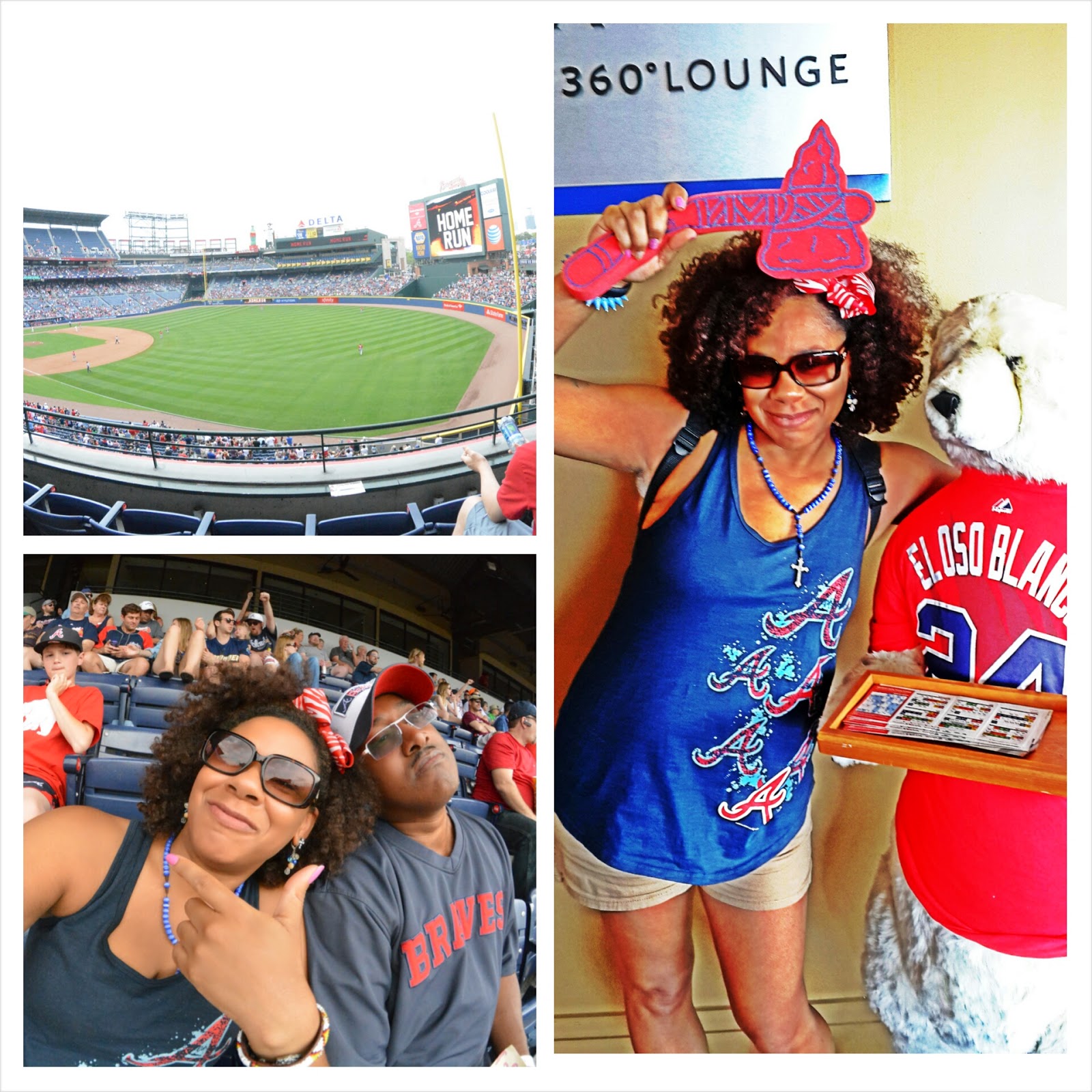 We were taking pix and this guy appears in our pix, I’m thinking, “Who is he… whatever CHEESE!!!”  Everyone else was like, “Come on in guy, join us”  They are college football lovers and apparently he is the running back for the GA Bulldogs.  After they said his name I remembered Paco mentioned him before because his last name is Gurley and my family calls me Girly so I guess I’m supposed to be a fan by default???  iDunno 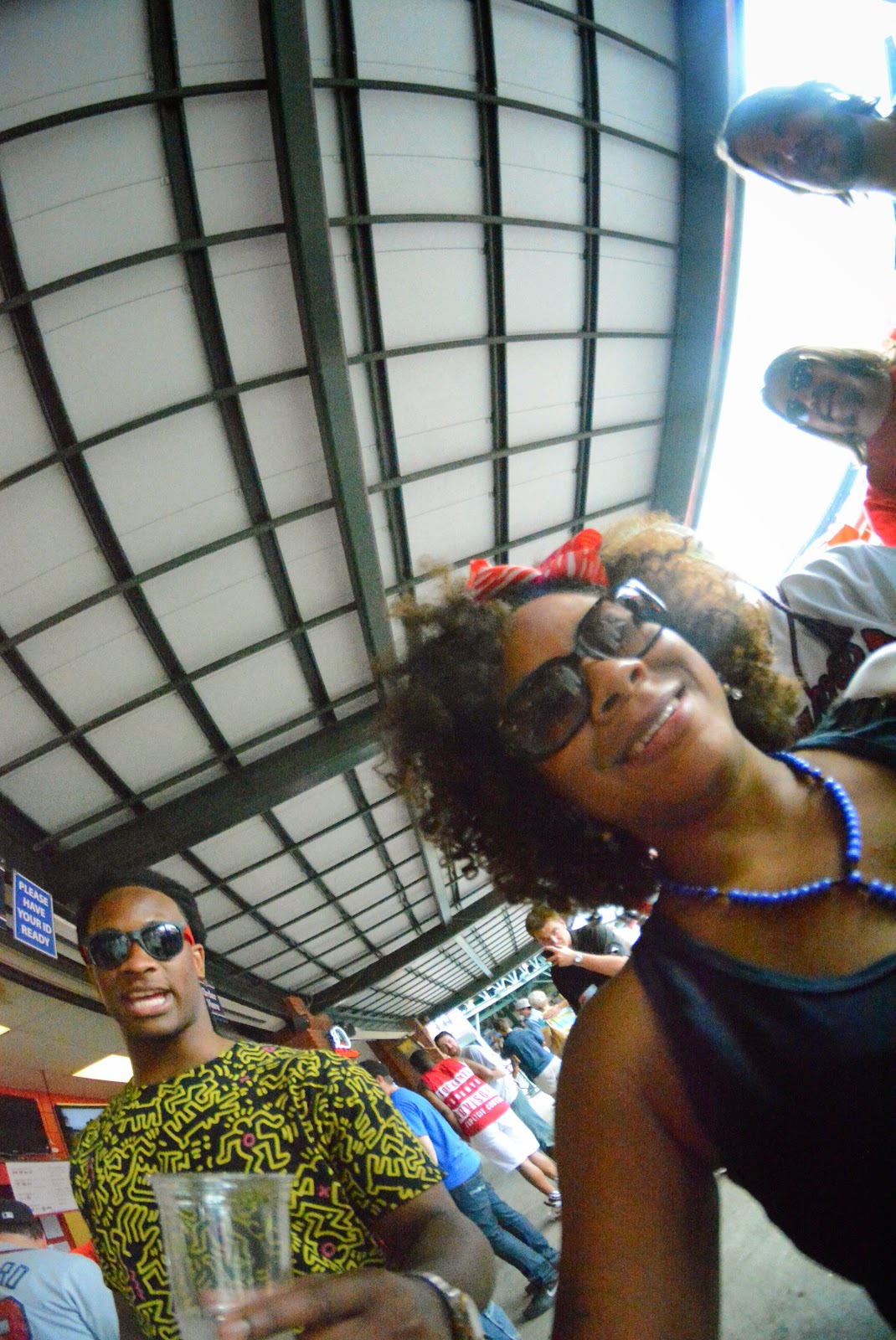 Hold your horses, the weekend isn’t quite done yet!!!  Sunday night was the finale of all finale’s. Stephen Marley was in town and that was just frekkin magical!  Before I sound like a crazy fan, lemme explain.  I listen to Bob Marley  almost daily, the Dei Musicale- Ruan Legend’s Ultimate Bob Marley podcast definitely has its moments on repeat.  I love Bob Marley, but honestly who doesn’t love Bob Marley?  In my humble opinion Stephen Marley sounds the most like his father.  He sang a couple of his father’s songs and it sent chills through my body, I felt like I was at a Bob Marley concert.  If you have ever seen video of Bob perform you can see many of the same mannerisms in their performances.  It was beautiful and of course he sang the Stephen Marley chunes that we all love as well, along with some new chunes.  It was a night to remember! 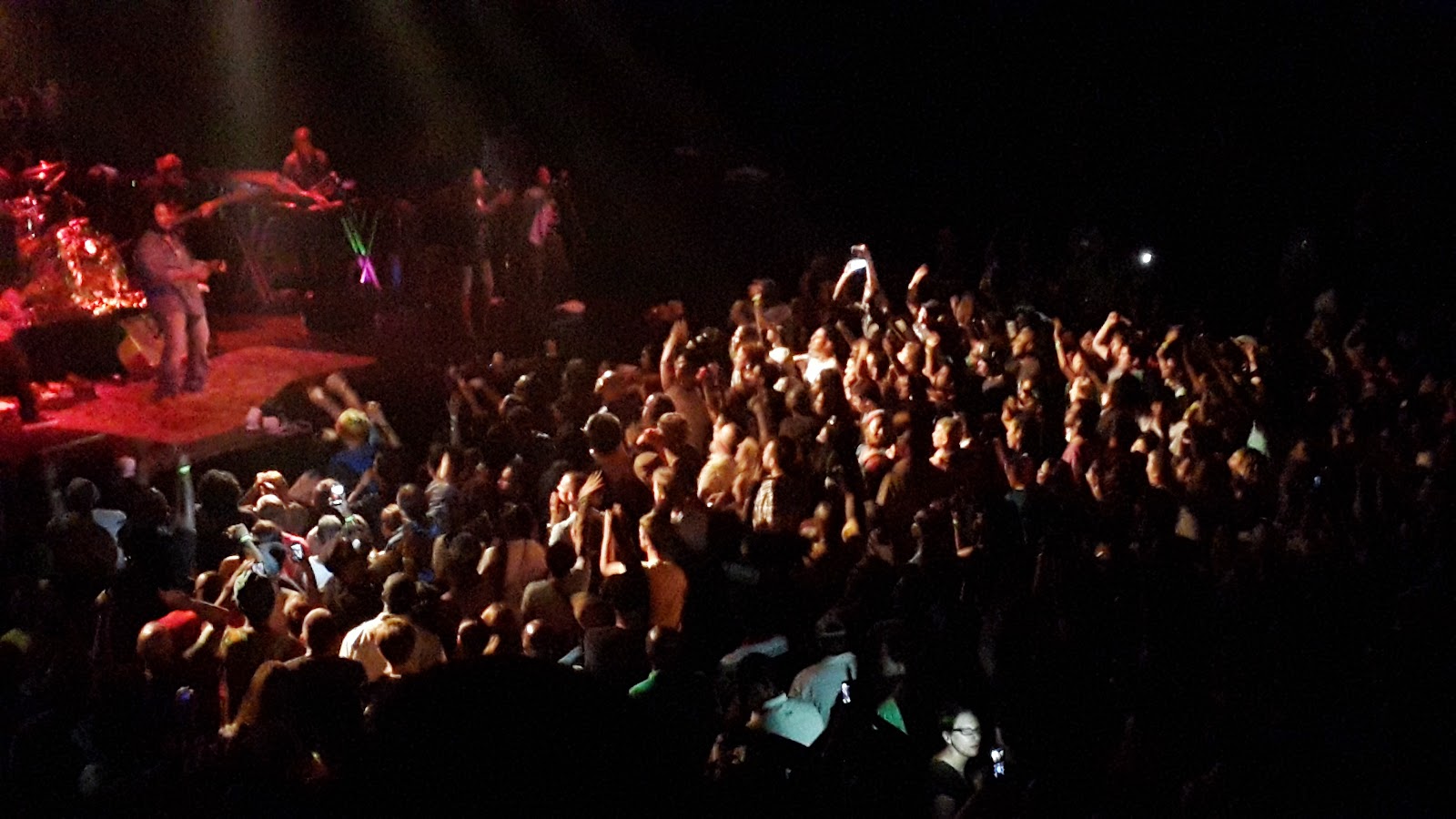 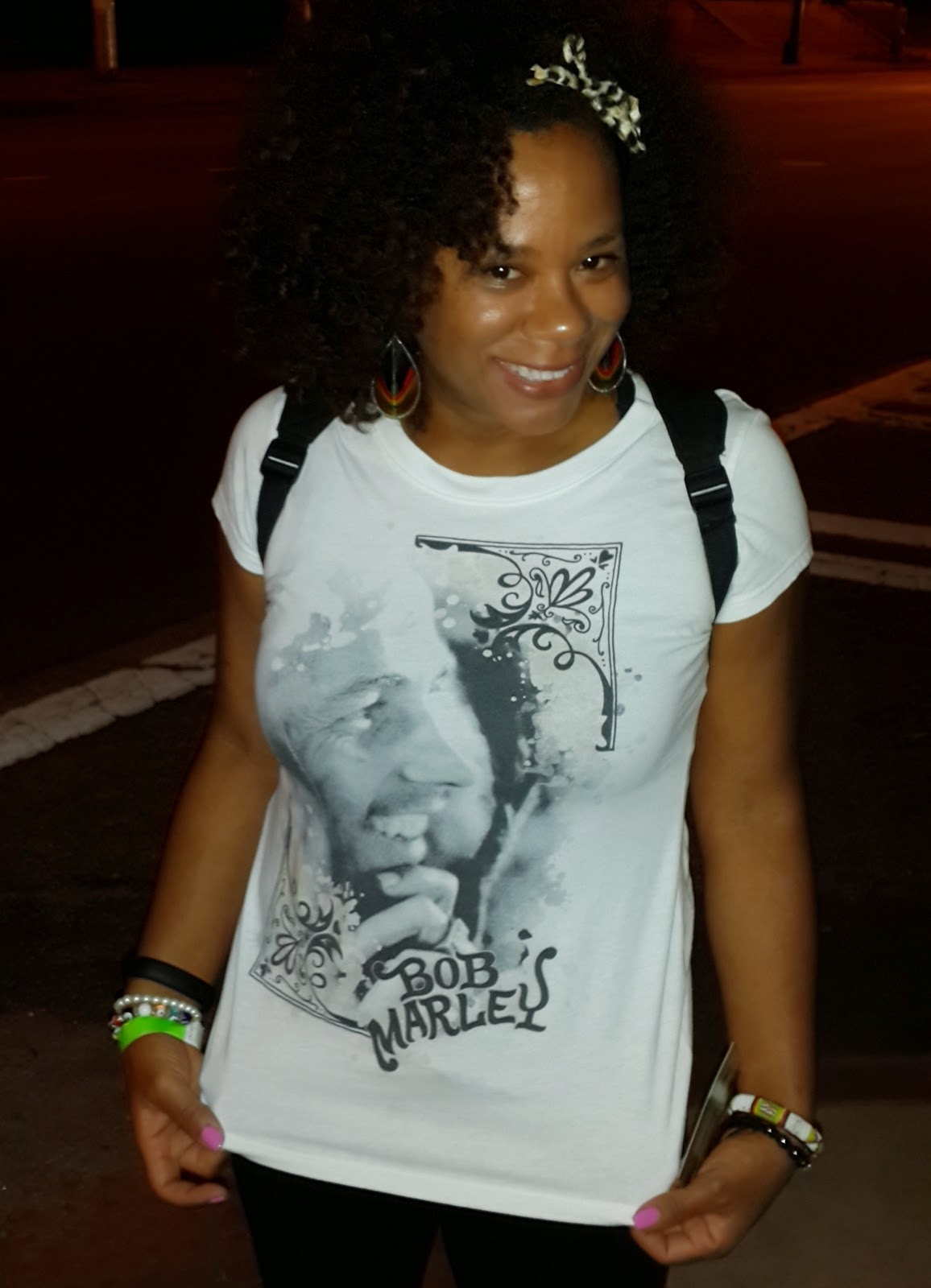 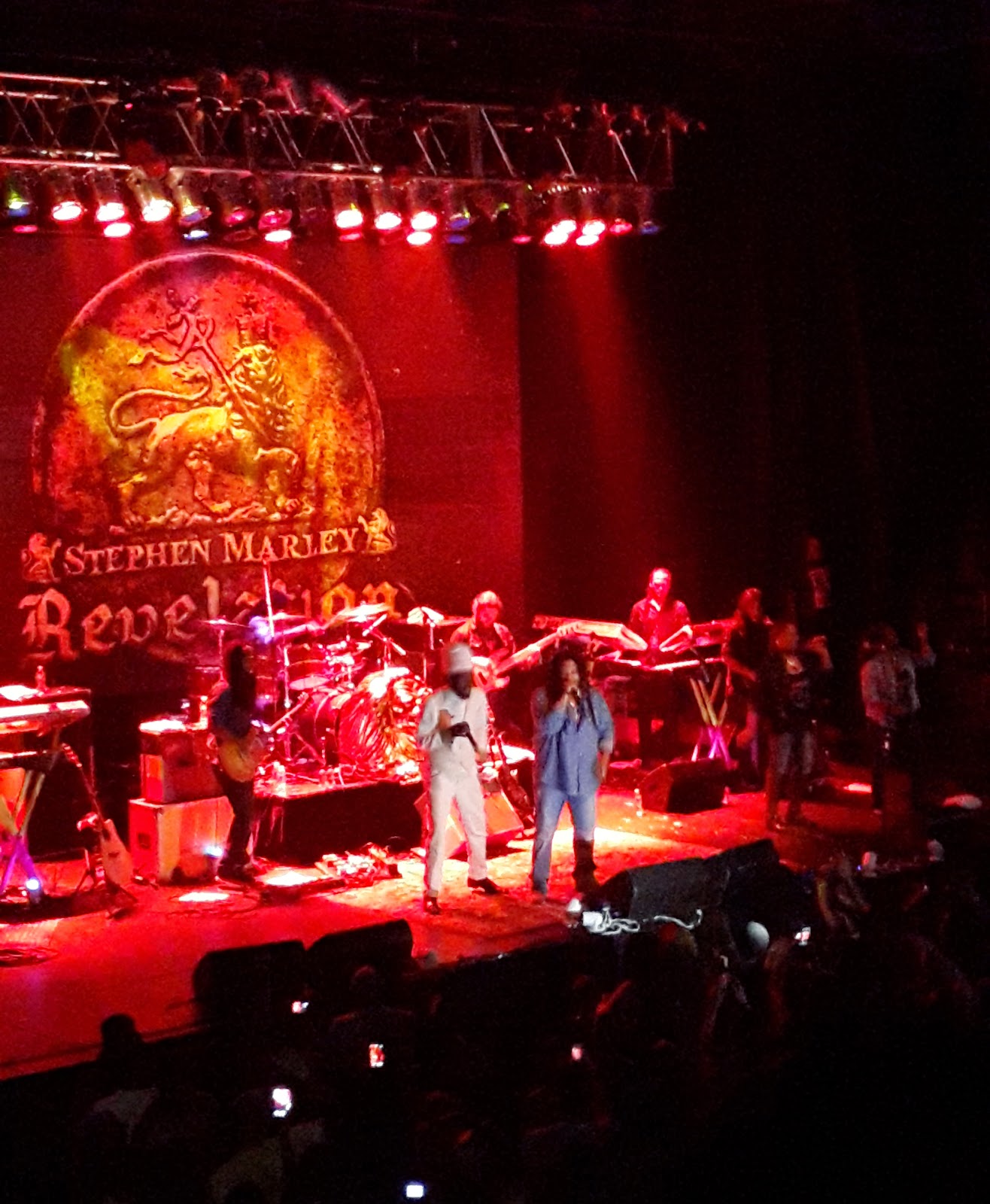 It was a beautiful weekend in the ATL, but I expect no less from my city!!!  Peace up, A-town down!!!  Lets do all this again in a few days! If you are coming to Atlanta and want to find summin to get into or if you are one of the many people that live here, but just dont venture out often, here are some useful links: