I actually saw the Victoria Secret outfit long before I just happened to come across some left over fringe.  When my girl handed me a pair of fringe boots to design and asked me to remove the fringe, I knew exactly what I was going to do with that fringe.

﻿
I have a box that has YEARS worth of old costumes just collecting dust (keep in mind I play mas about 4 - 5 times a year).   Knowing how much costumes cost, especially TnT costumes I decided to gut each and every one of them for parts.   The belt was recycled from my Island People 2013 costume.  I used the belt in the costume I made for Miami and then again for my TnT 2014 Monday wear.  A lil paint goes a long way huh???  This time I used left over fabric from the carnival boots I made for another friend and reupholstered the belt
﻿ 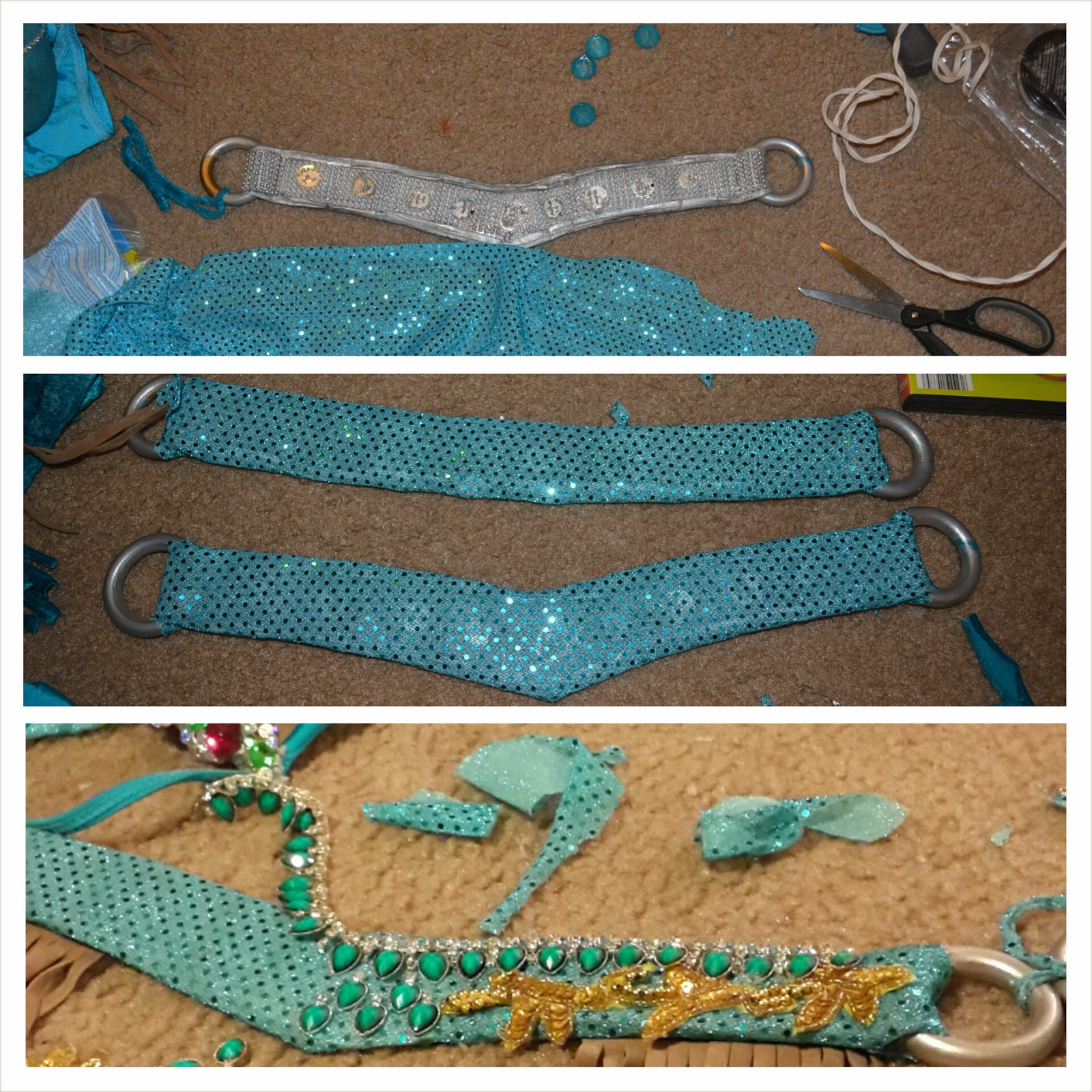 I cut off the excess fabric that previously hung from the bra and then I just added a million stones to the bra & panty (left over stones from the boots).  The colored stones were ripped off other old costumes. 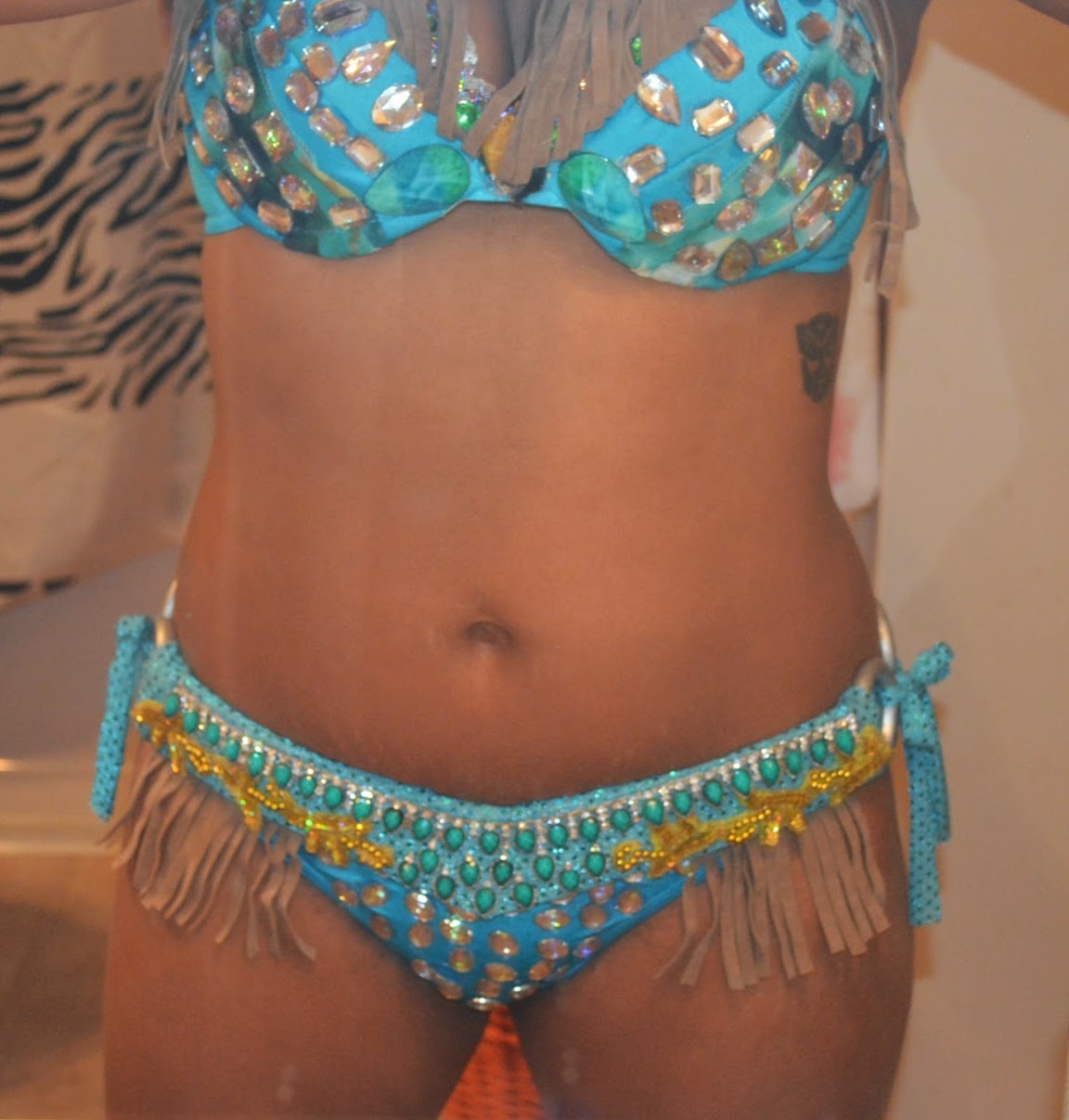 As usual I didn’t wear my arm pieces at Caribana so I made some slight modifications to one arm piece and turned it into a bracelet/ring thingy. 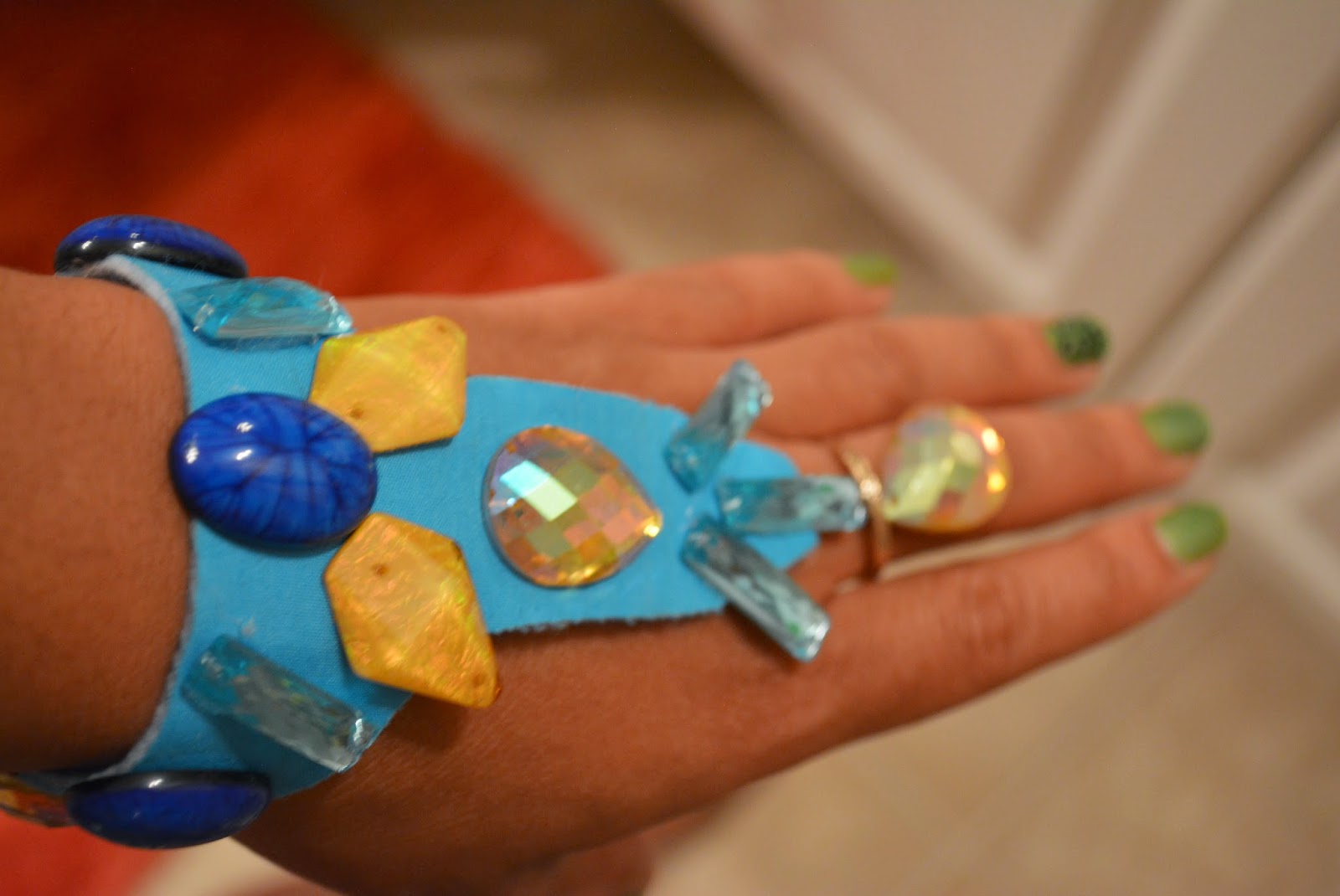 Added a strip of fabric to my Bliss headband so it vibes with the Frankencostume better. 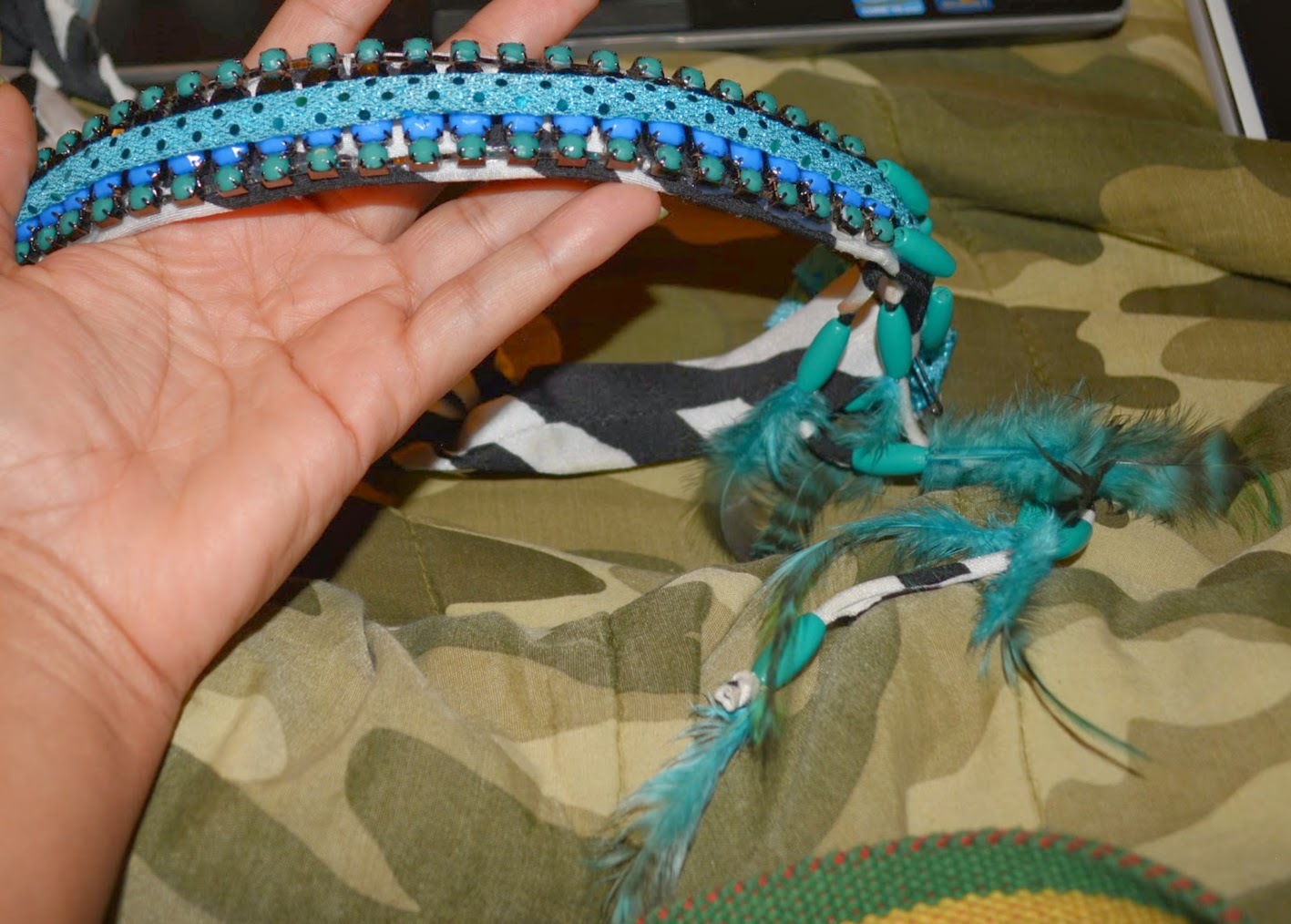 Easy as 1, 2, 3  This shall be worn at Jamaica carnival. I almost bought a JA costume, but I figured instead of  purchasing a $300 costume that I wasnt really feeling,  I'd just buy the half price tshirt option and wear my Frankencostume.
By AngelaPanama at March 24, 2014