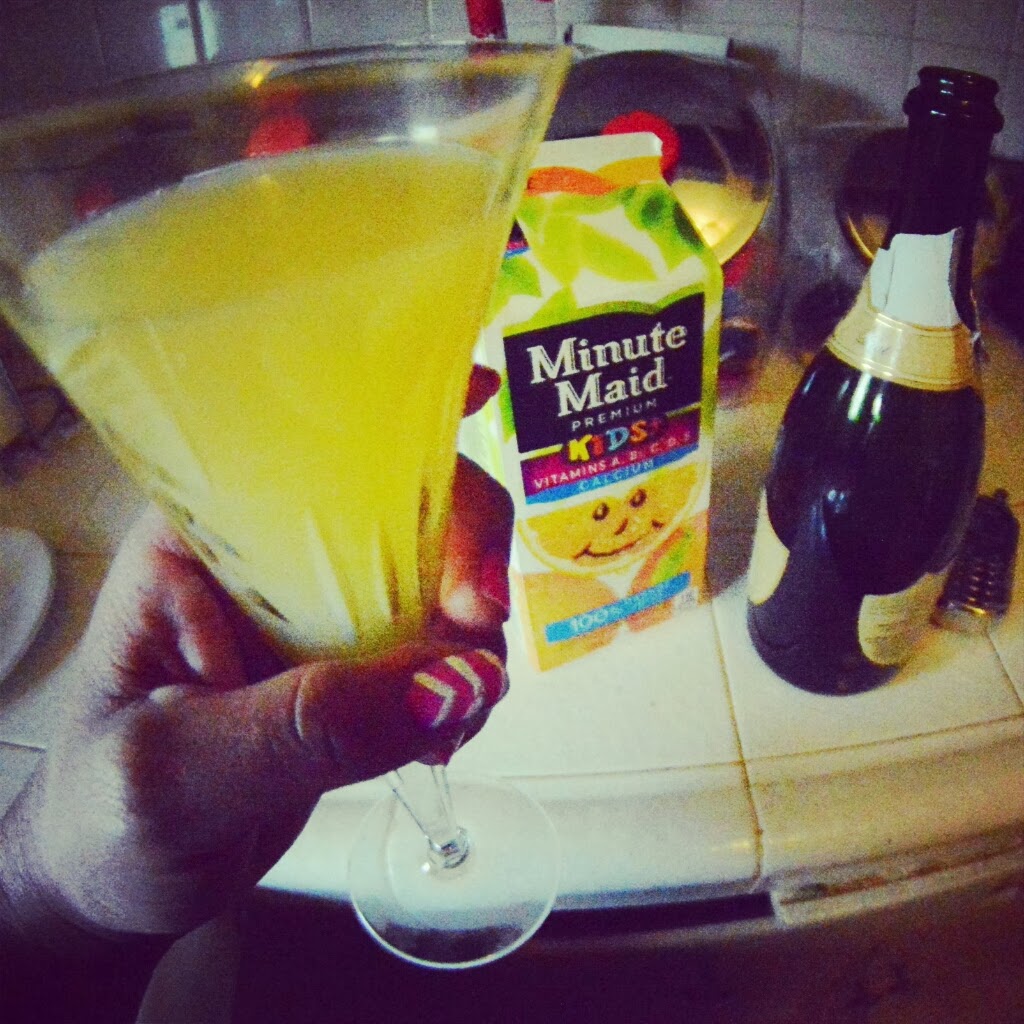 Cali love kinda weekend!!!  I’ve said it before and I shall say it again, “Cali holds a special place in my heart!”  I was a bad bad gyal last time I went to L.A., I partied my life away and I didn’t go visit my familia so I was determined to do better this go round.  I flew out Friday afternoon and linked with Amber and crew (I’m sure you remember my homie Amber).

Amber was the bartender from heaven; she made all my favorite drinks from my bootleg healthy boozing where I dump a gallon of rum onto fruits and veggies to my liquid salads which are really just mojitos and my glasses of Vitamin C aka Mimosas. Stay Thirst My Friends!!!


Friday nite we went to a bar that had a pretty awesome 80s band performing. If you know me you know I looooove karaoke even tho I can’t sing worth a *BEEP*. It seems that 80s songs are the easiest to sing on karaoke nite so I was loving this 80s band and the random people that showed up in 80s gear.  You should also know that I love to dress up so if I had known I would have worn 80s gear as well. 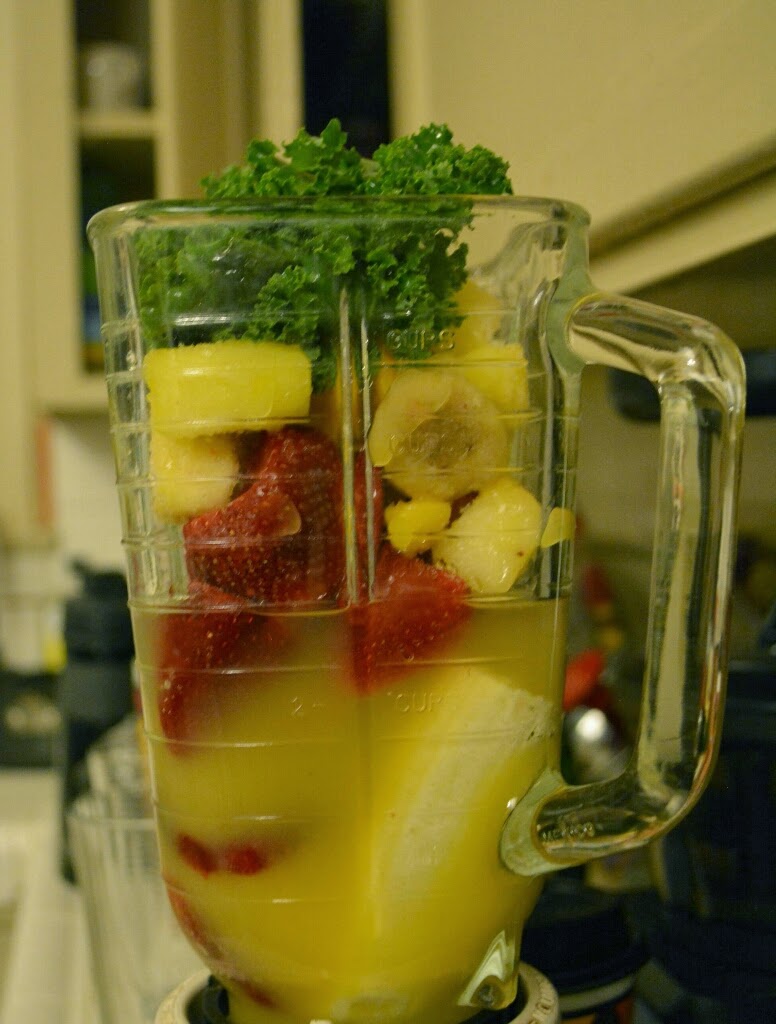 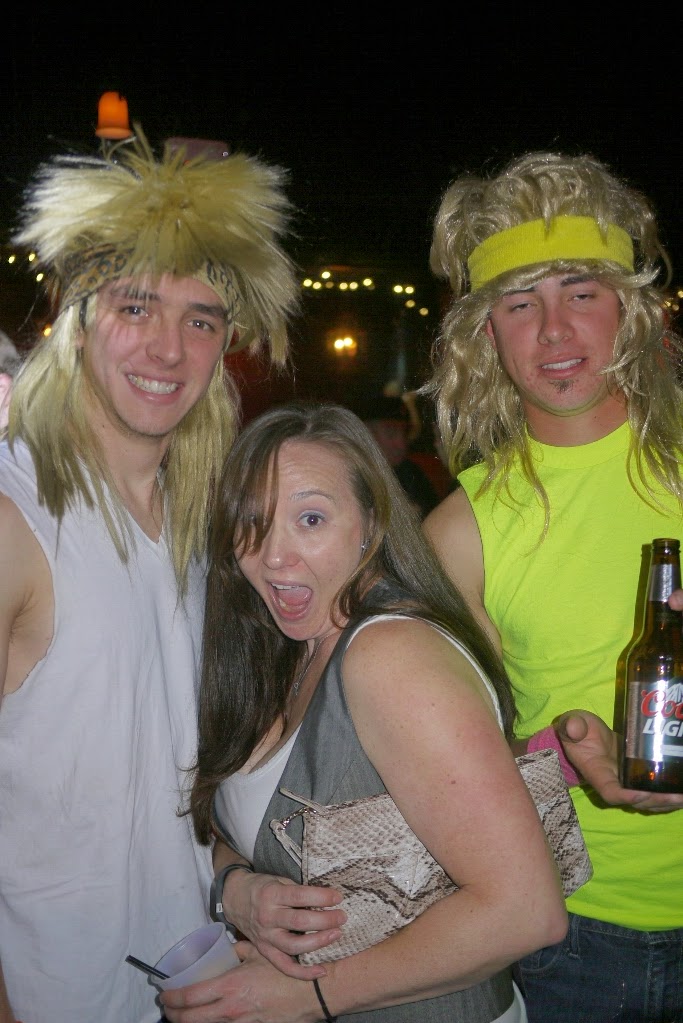 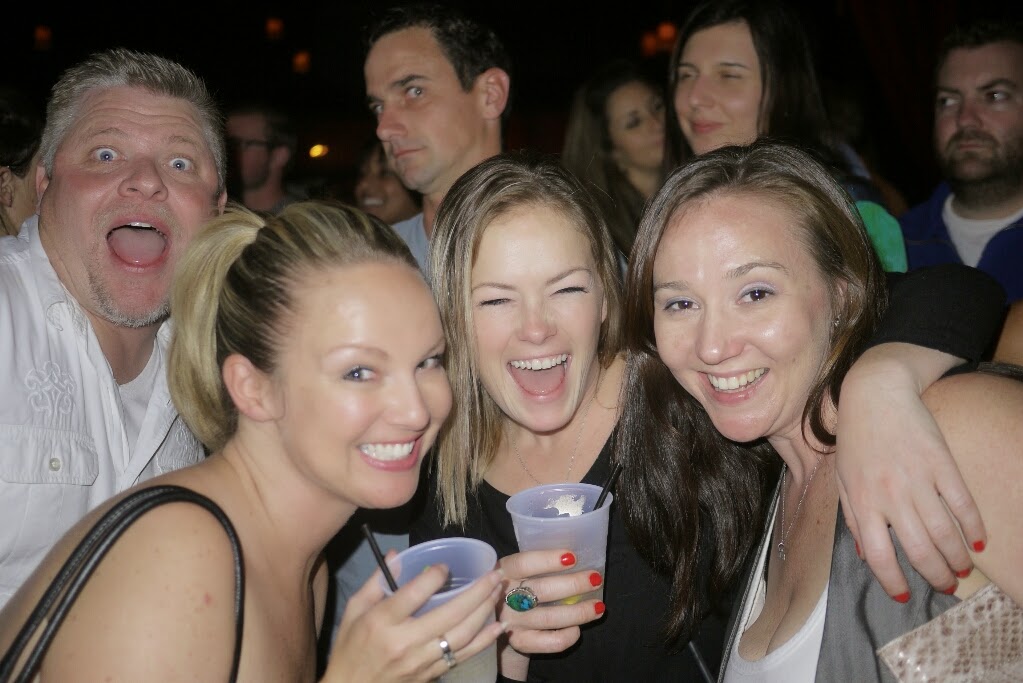 Saturday morning I asked Amber to take me to the Korean Bell of Friendship, Why??? Cause I like cheesy ish like landmarks, museums, etc.  It’s a beautiful structure, the craftsmanship is truly amazing. The photos can’t even capture the intricate details.  It was donated to the people of Los Angeles in 1976 by the people of the Republic of Korea to celebrate the bicentennial of the U.S. independence, honor veterans of the Korean War, and to consolidate traditional friendship between the two countries. The bell is patterned after the Bronze Bell of King Songdok, which was cast in 771 A.D. and is still on view in South Korea today. http://www.sanpedro.com/sp_point/korenbel.htm
The trip to the bell was actually fitting being that Amber and I met through a strange set of circumstances and years later we are still good friends.  Back around 2007 I use to have a blog that I would write to almost daily and one of my faithful readers told me that he had a friend that was in Atlanta for work and asked if I would show her around.  Me being a believer that one can never have too many friends took Amber out, we had a blast, & have remained friends since. She has come to visit me, I’ve gone to visit her, we have vacationed together with and without our kids, she has even done carnival with me twice. 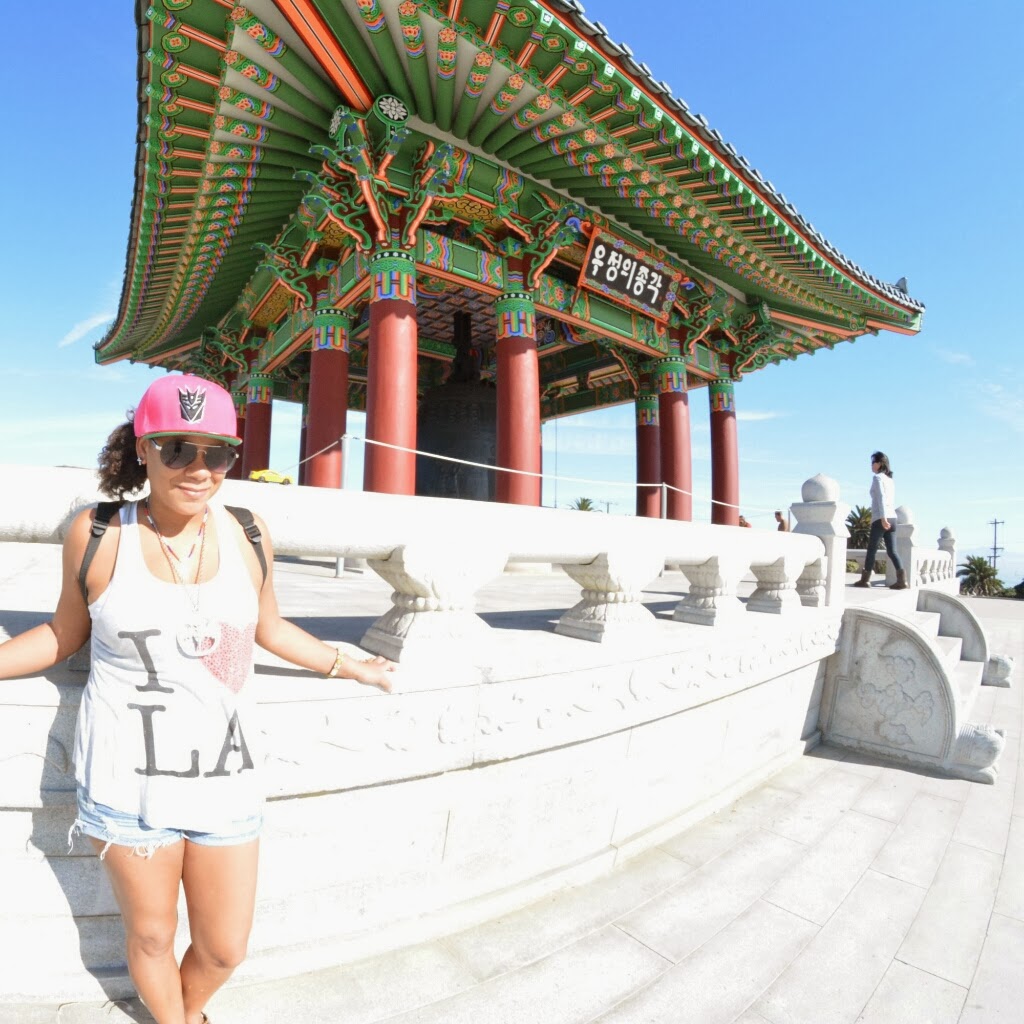 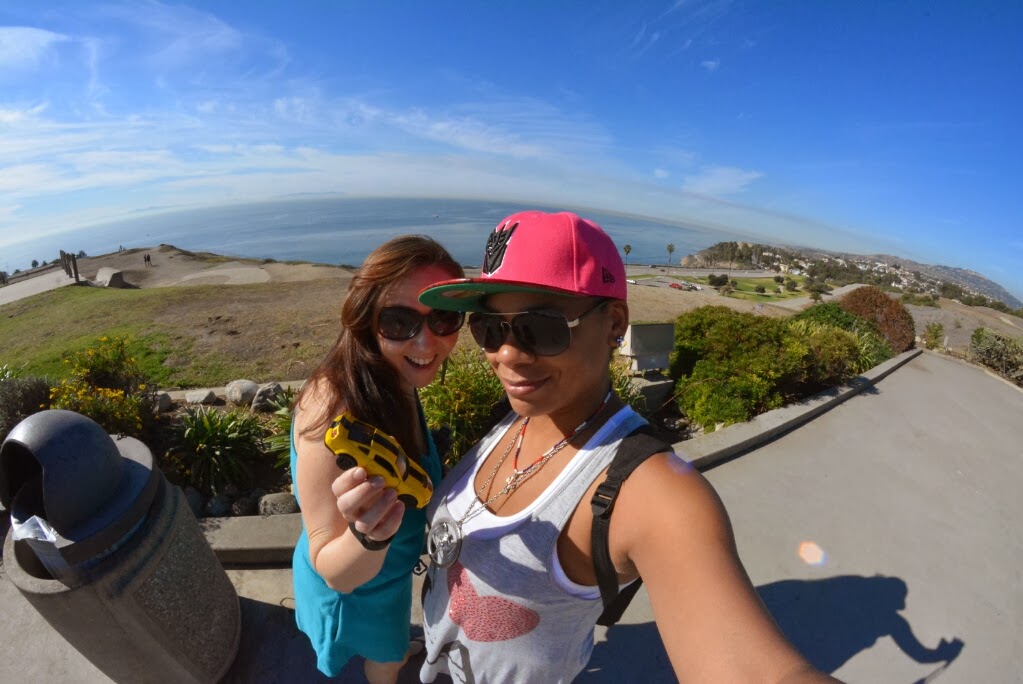 Saturday afternoon we went paddle boarding, a new experience for me. I was kinda scared at first because I am just a scary mofo, not really sure why I was scared because I know how to swim.  I had a great instructor and was paddle boarding like a pro in no time.  Great work out by the way!!!  Oh how jealous I am of the Amber and crew that live walking distance from the beach. 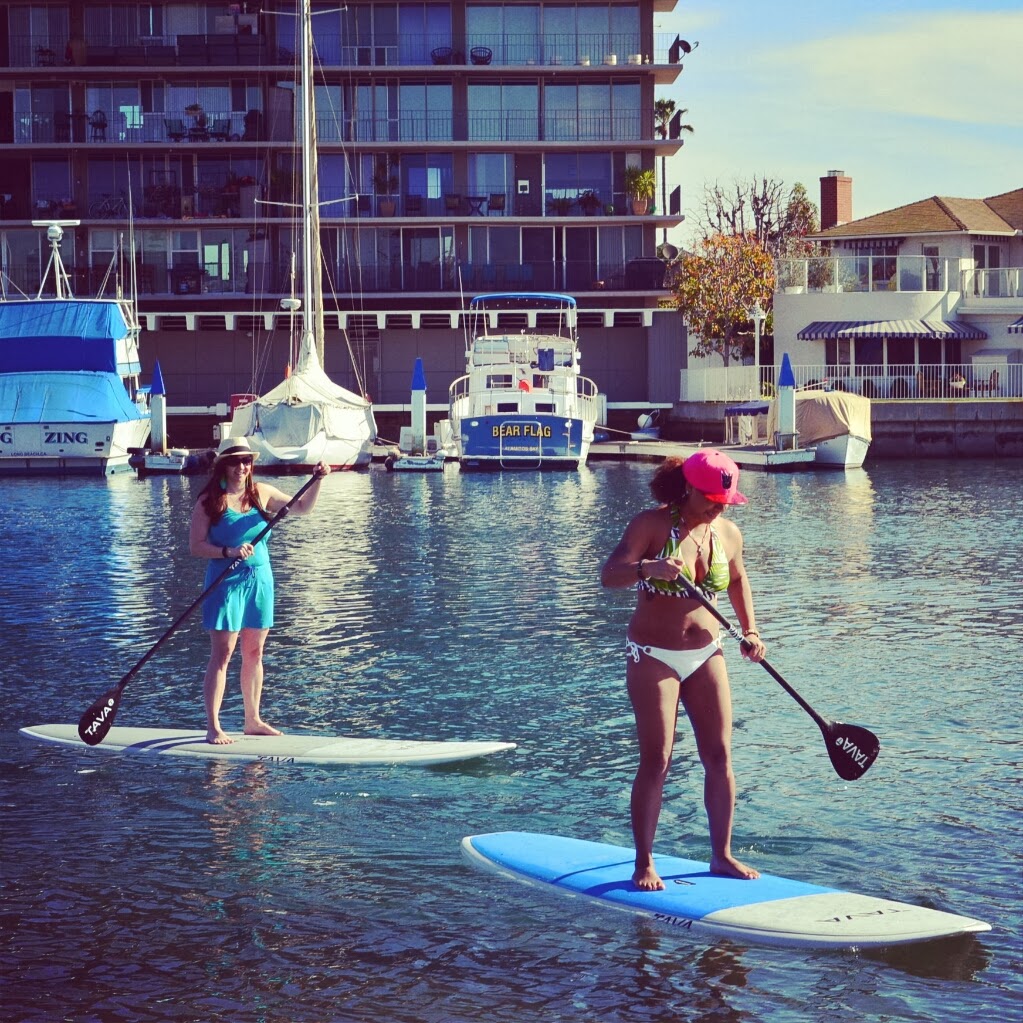 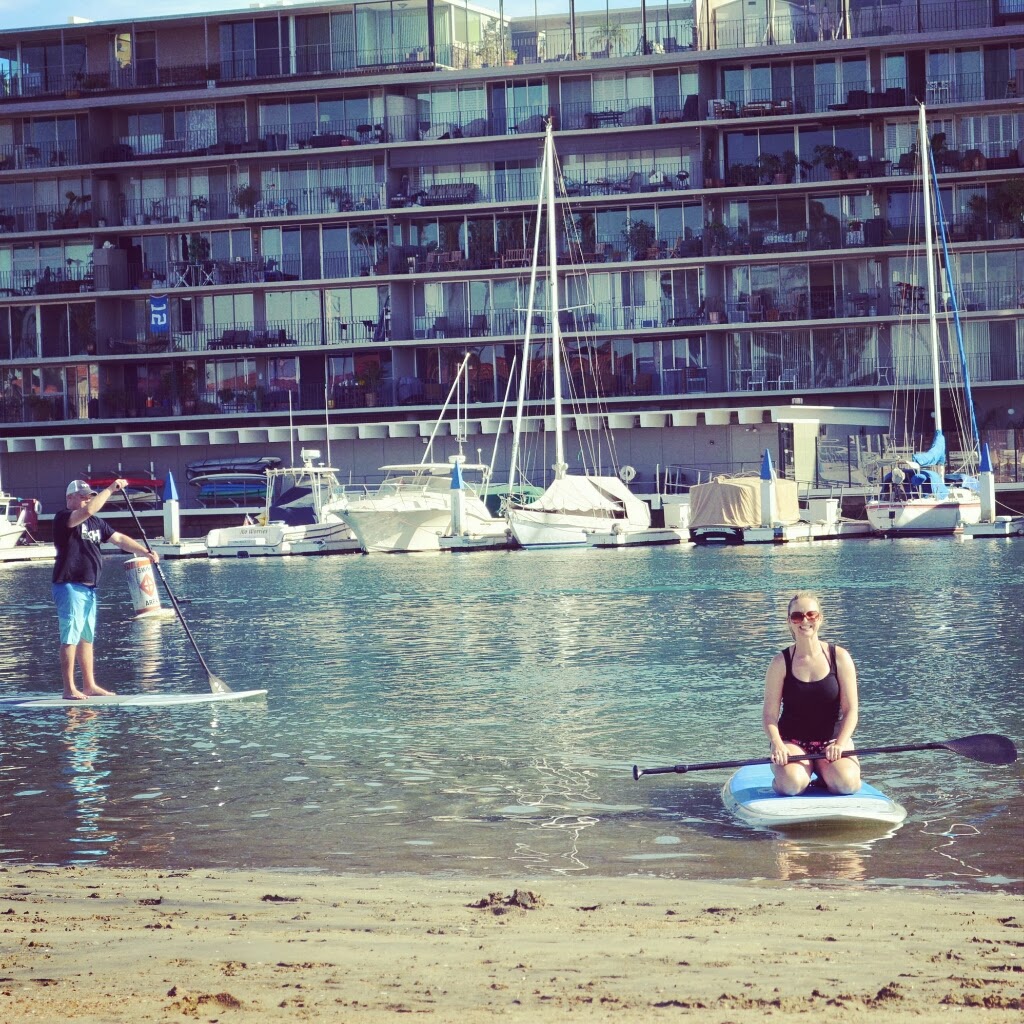 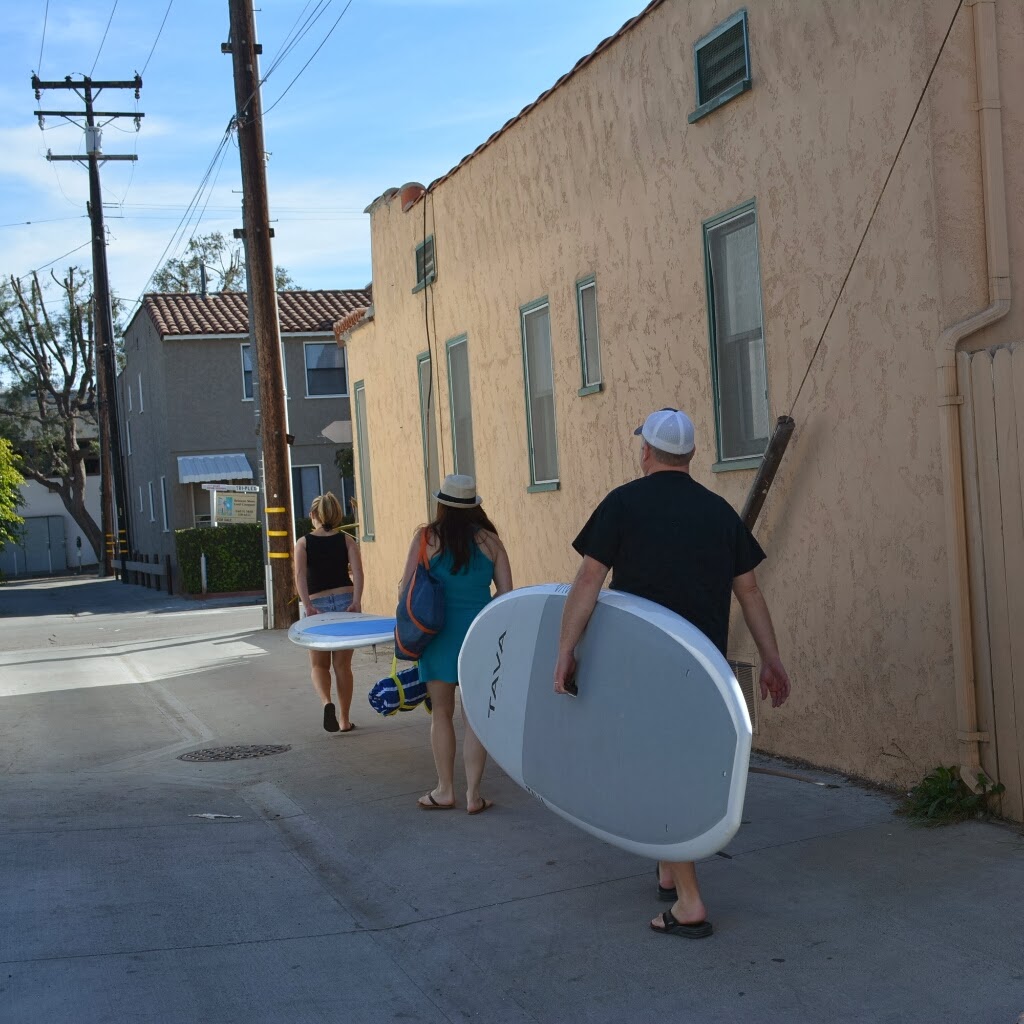 Saturday evening Amber made me some more magical drinks and we hit a few bars.  I made a conscious decision not to try to convert my body to Cali time so I was a-ok about being in bed by midnite (which was actually 3am Atlanta time). 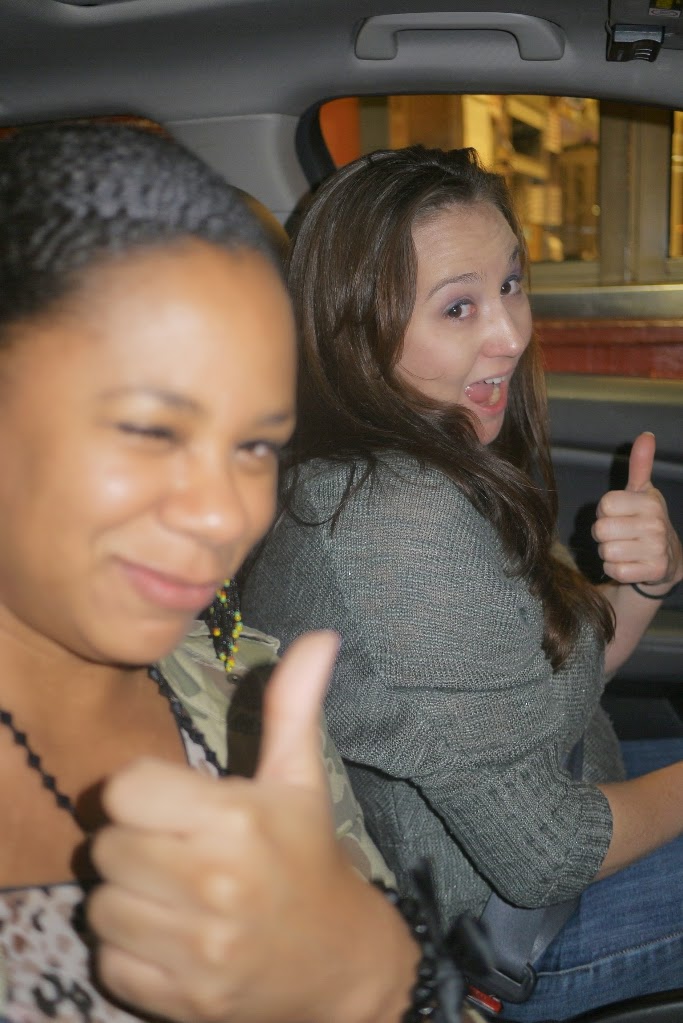 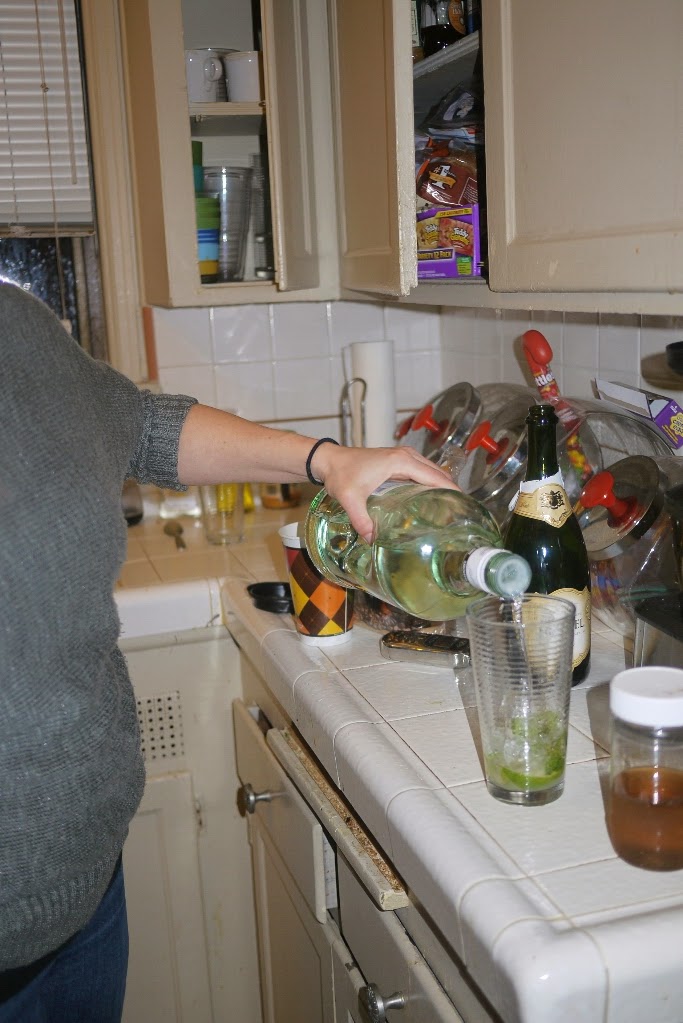 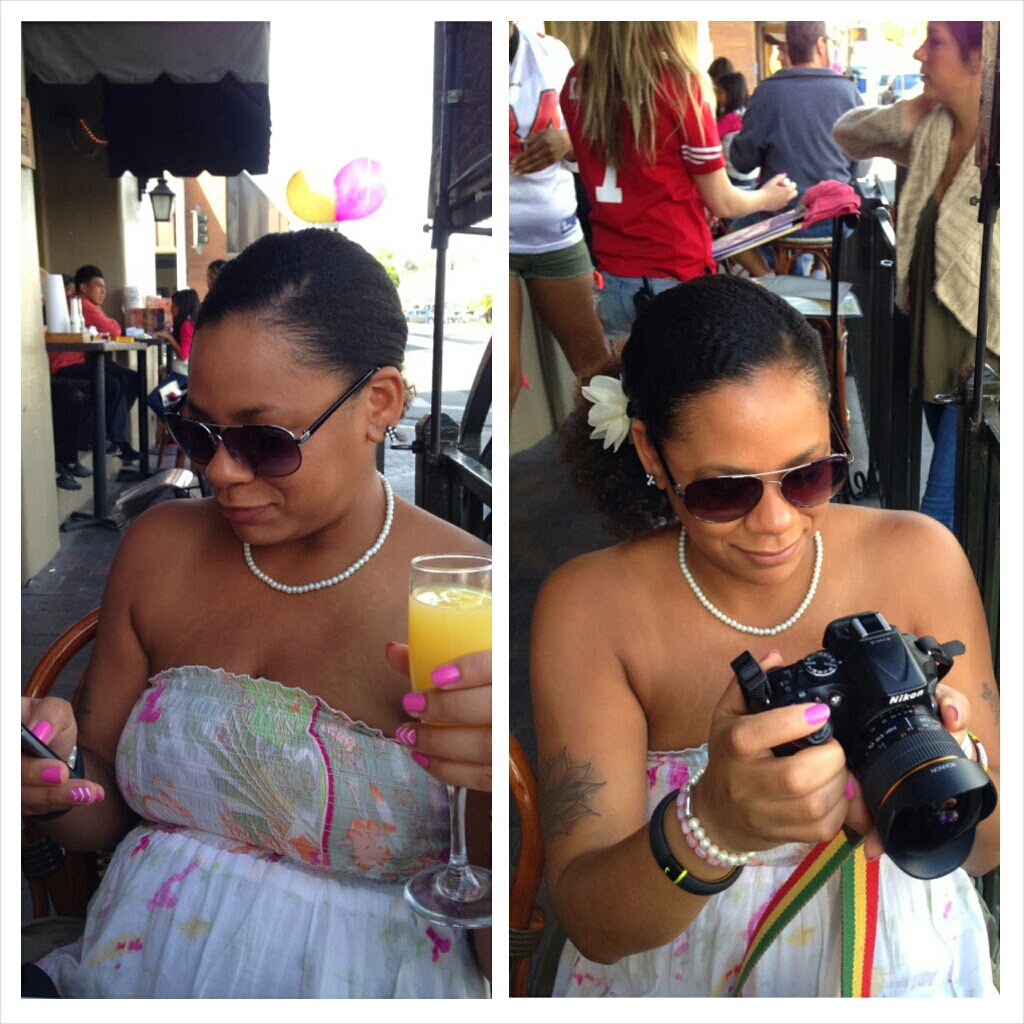 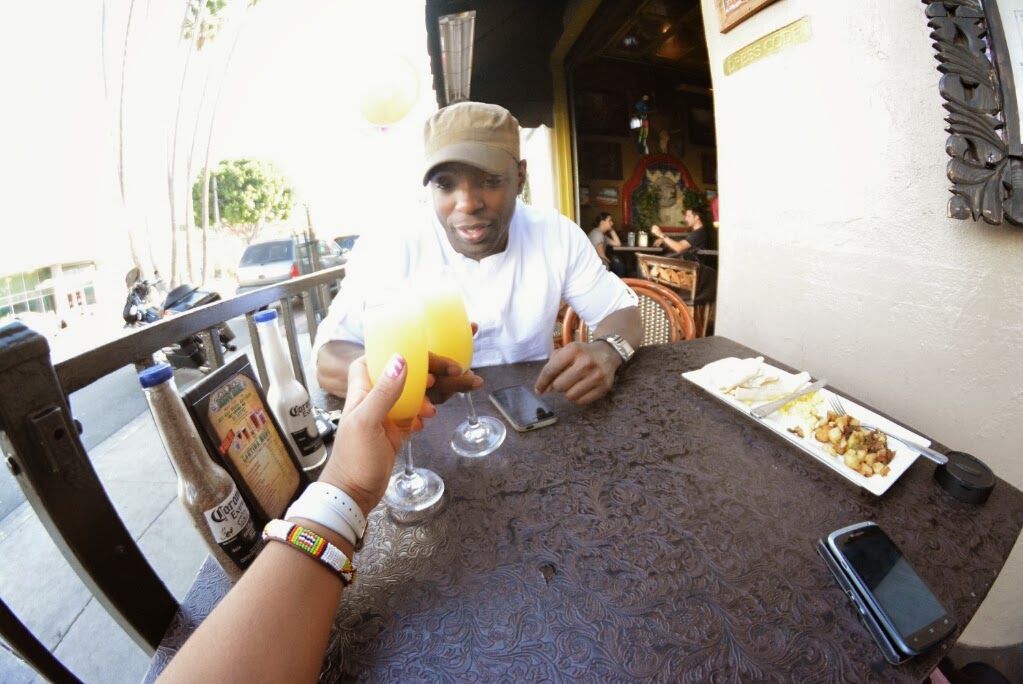 Sunday afternoon I headed over to link with mi familia and keep the drinking momentum going.  We were supposed to be watching the Seahawks spank the 49ers, but I just did what I do best!!! We went to Ignacio Sports Bar & Grill which is owned by my aunt’s friend.  My crazy aunt decides to throw on an employee shirt and start serving us; I see where I get my craziness from. 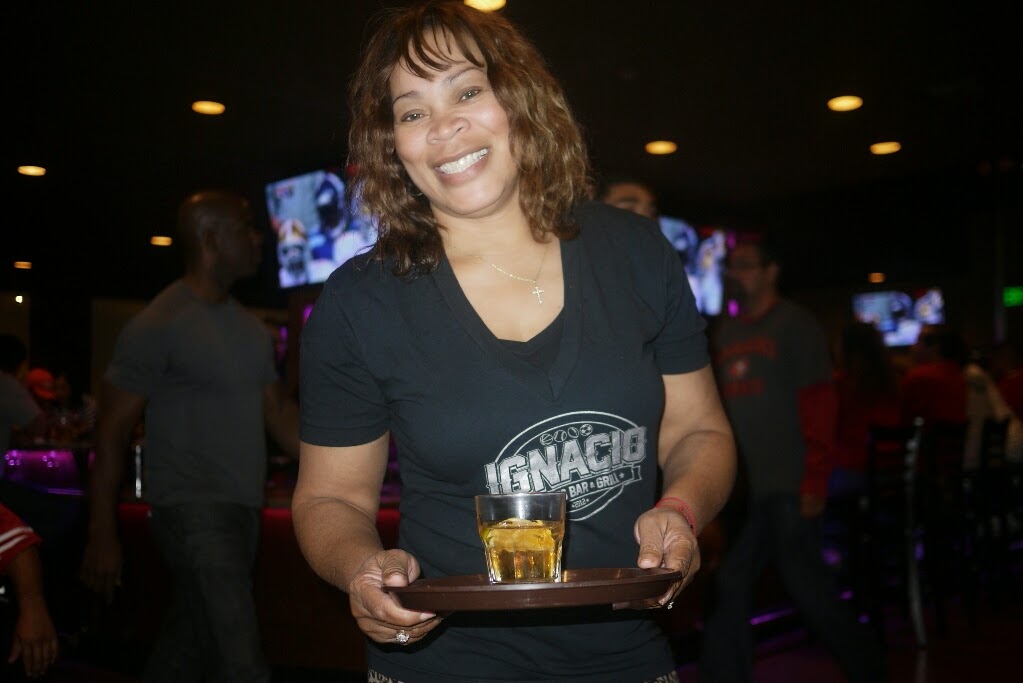 Monday we went to the Griffith Observatory because as I said before I’m into stuff like that.  I’m sure I looked like a maniac to the fam and the people around us because I was just taking a bunch of pictures of my lil yellow mustang… oh well that’s my boo!!!  The observatory was right next to the Hollywood sign so we went over there for a photo shoot.  The fam got some really awesome pix and I of course got some great pix of lil yellow 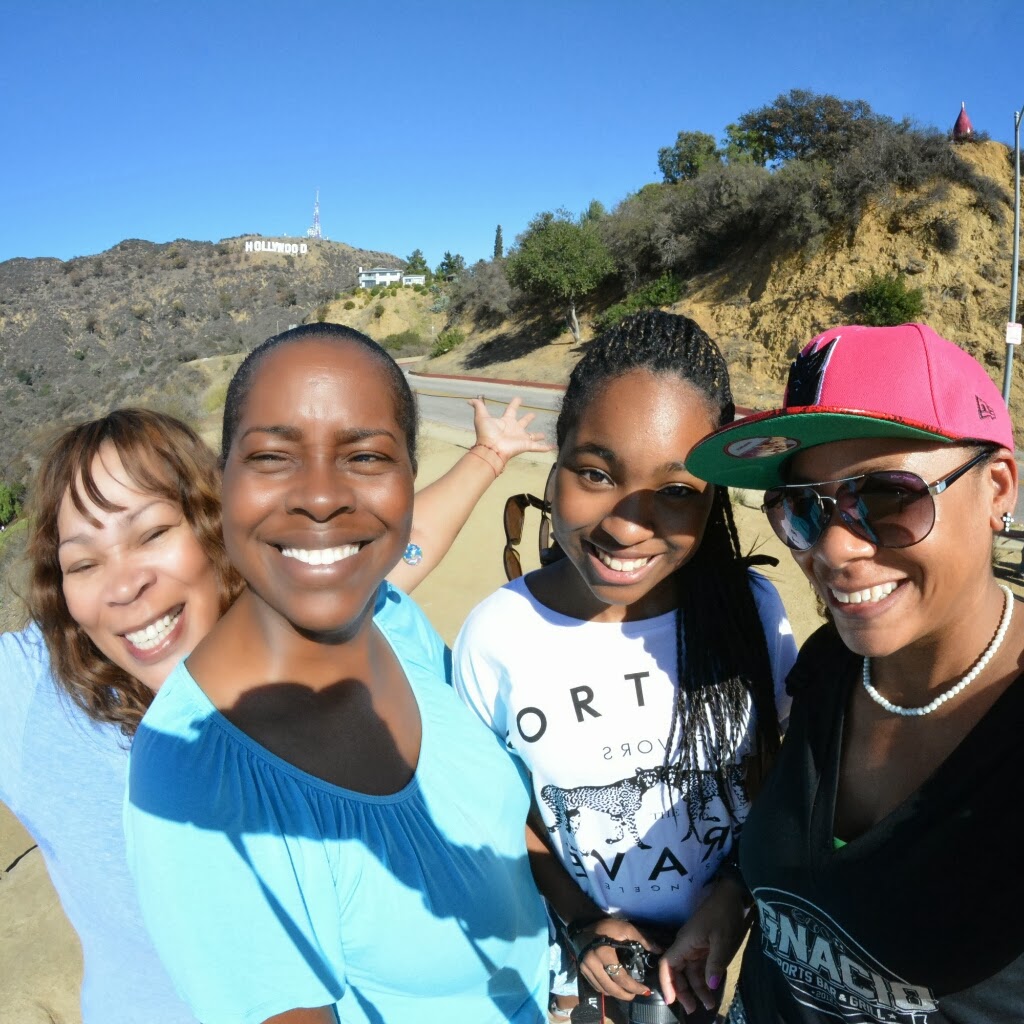 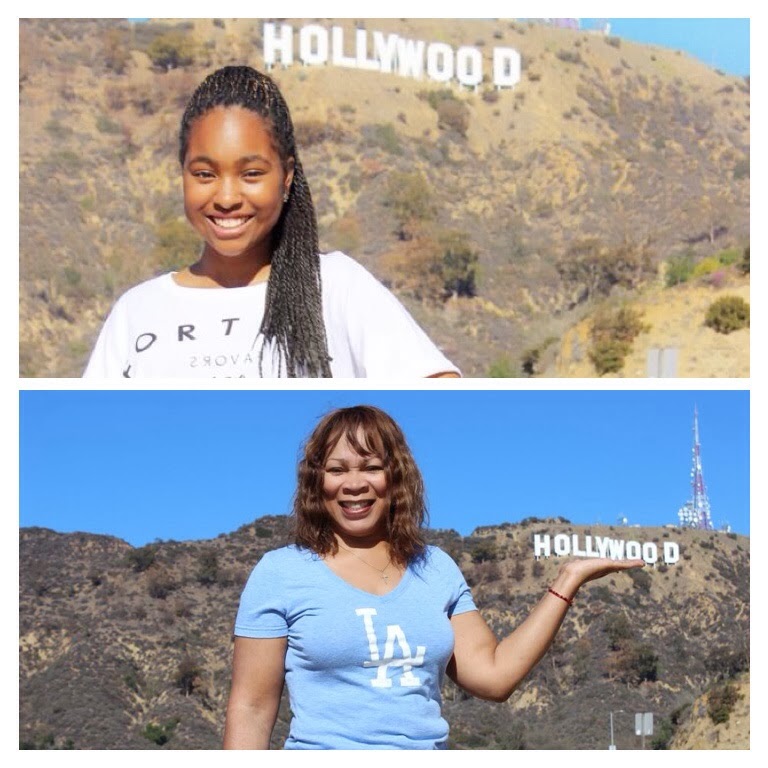 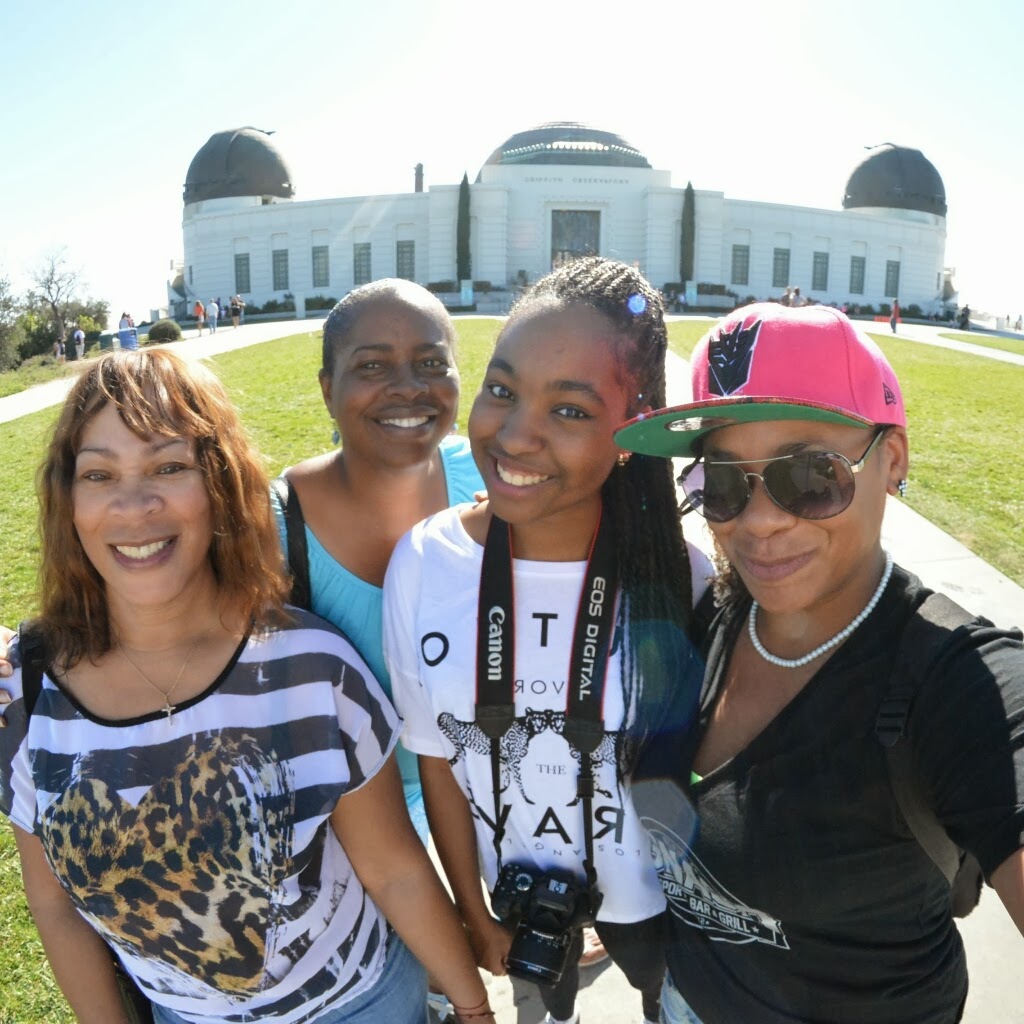 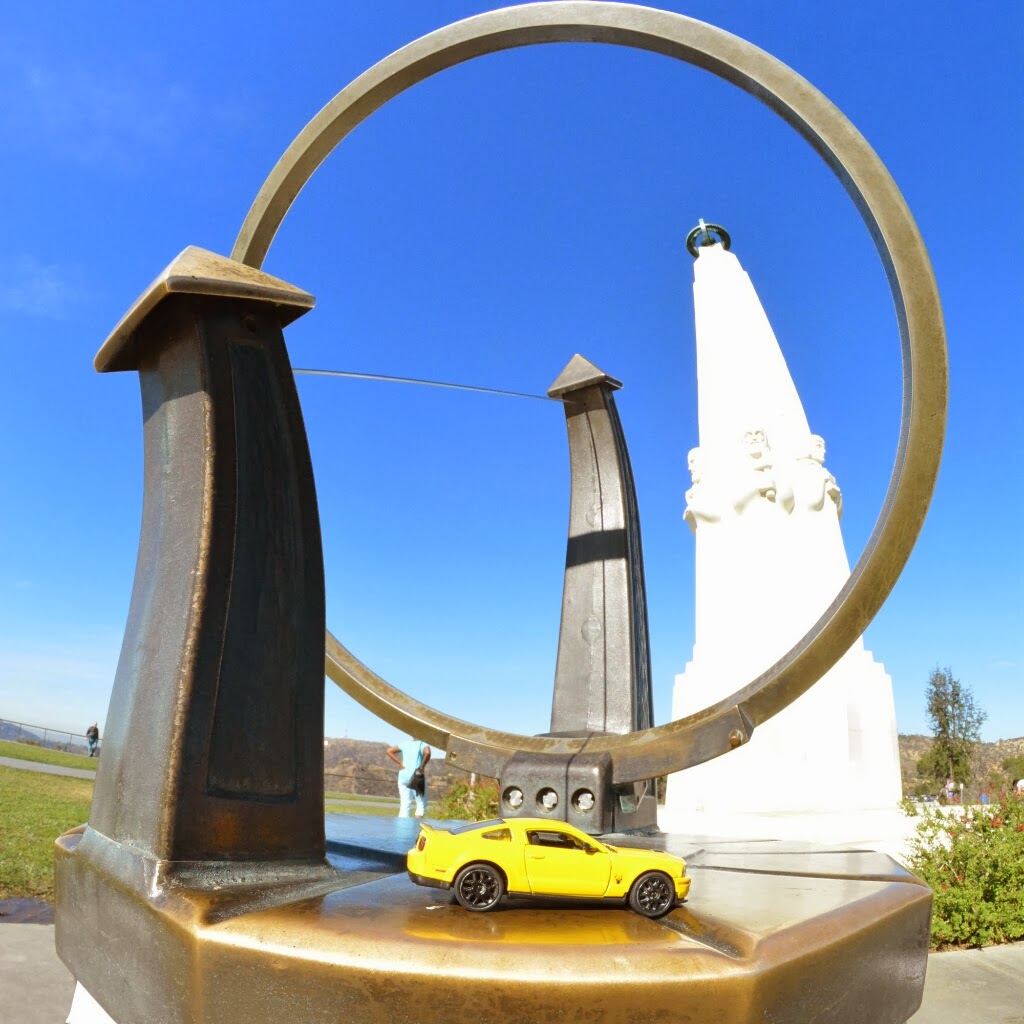 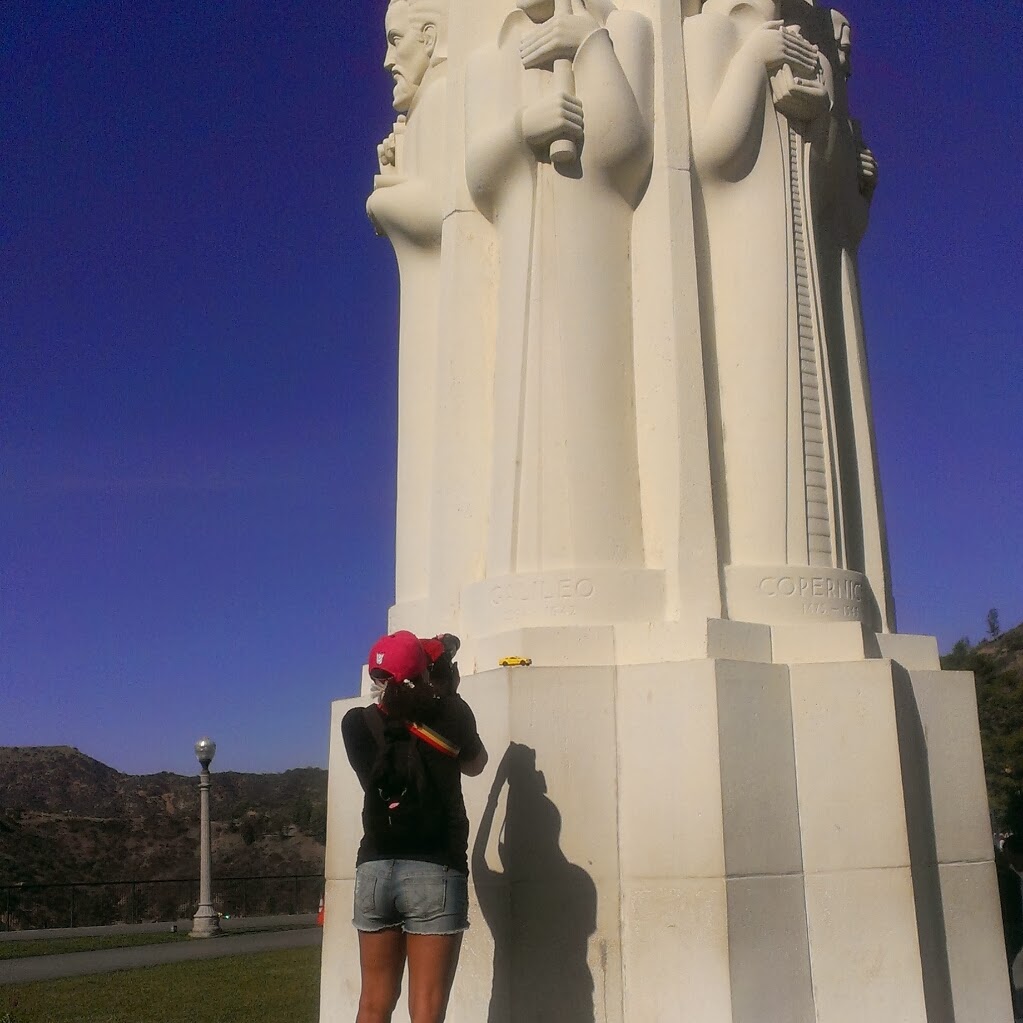 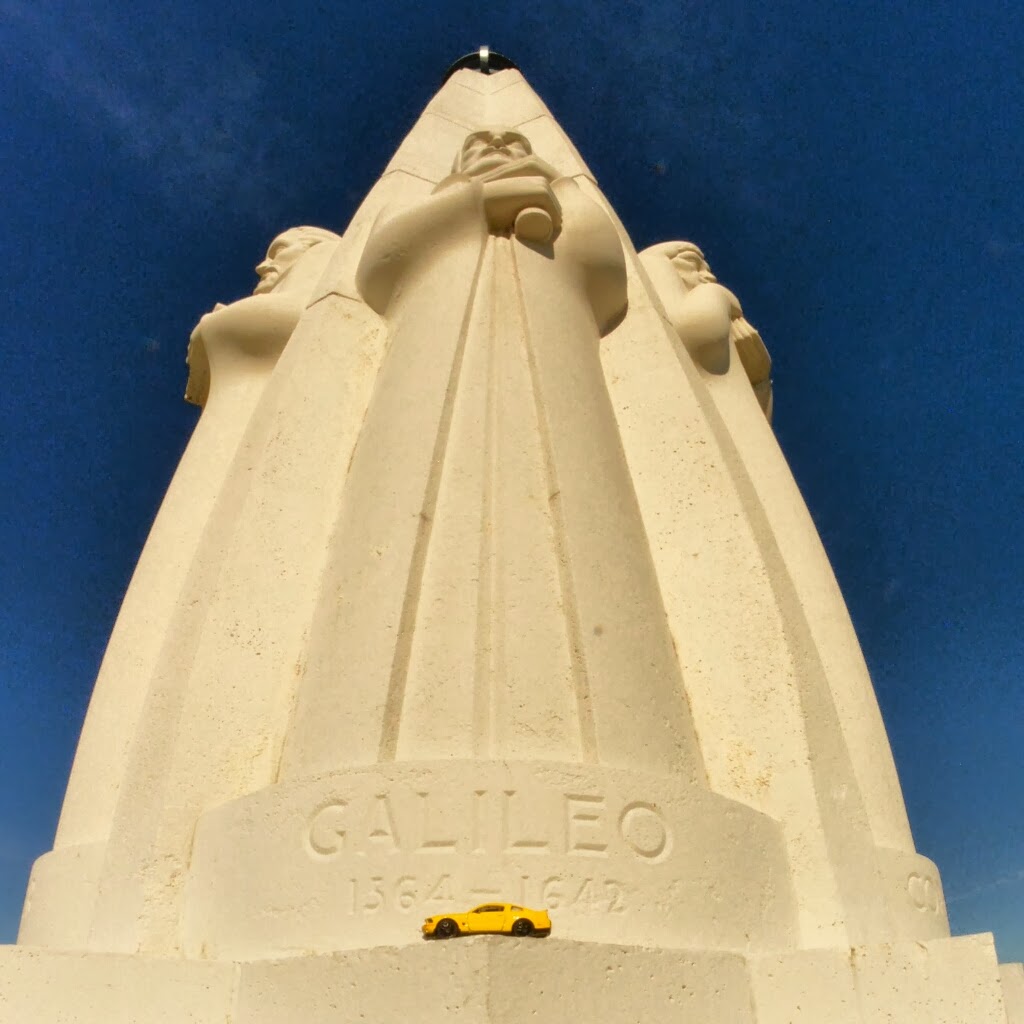 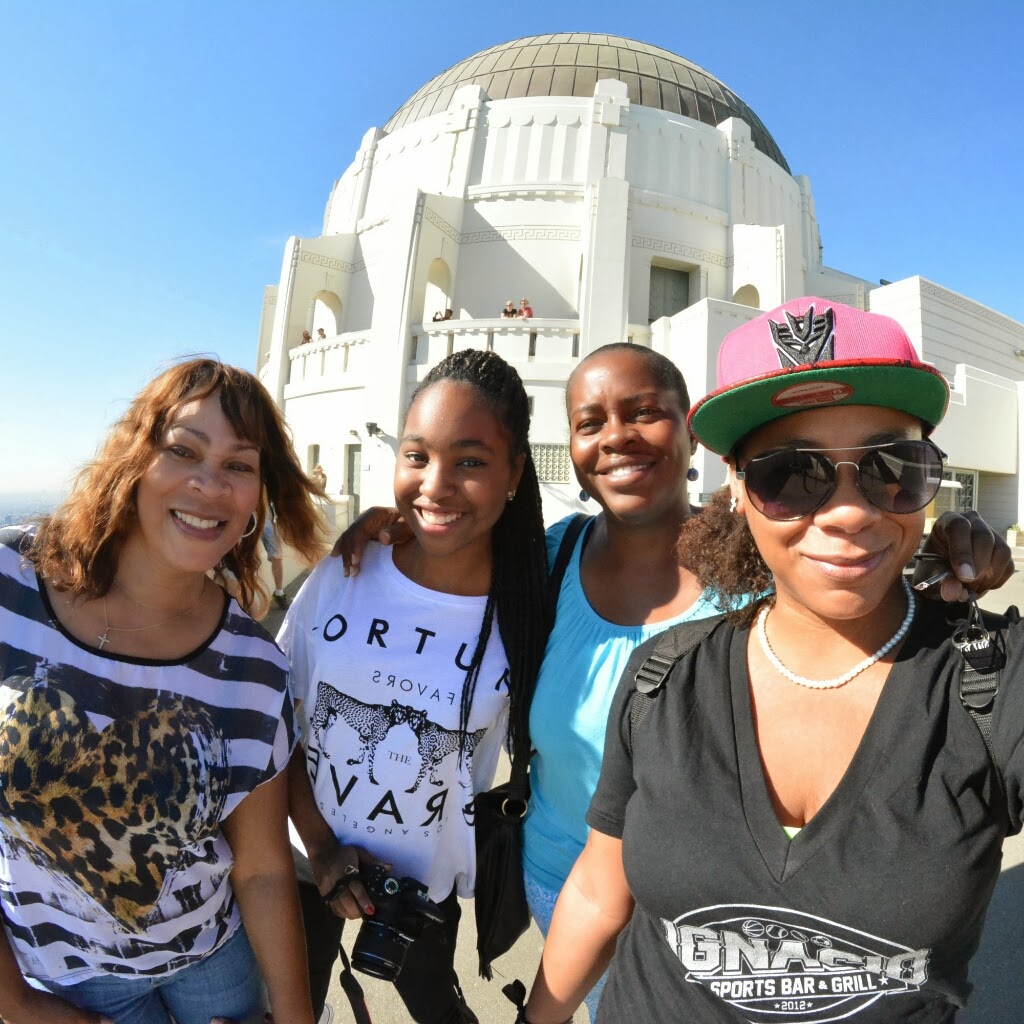 Monday evening it was back to Ignacio Sports Bar & Grill to watch the Lakers game. The food there was the bomb.com *KABOOM* so I was pretty eager to go back. Oh and I forgot to mention that they serve Bacardi 151 so I was floating around in heaven.  I borrowed some Lakers gear to release my inner Cali girl. Even tho I am a diehard ATL Falcons fan, once upon a time I was a diehard Raiders fan, so the Cali girl is still there.  I was in bed by 9pm like a good girl (12am ATL time). I had a friend who was driving thru LA that I was supposed to link with, but my lame ass just wanted to Zzzzzzzzzzzzzzzzzzz.
﻿
﻿
Tuesday afternoon it was back to cold ass Atlanta *le sigh*  and the countdown till my next adventure! :-)
By AngelaPanama at January 30, 2014