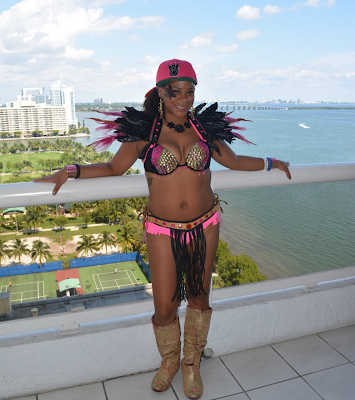 Because apparently I have too much time on my hands I decided to make my own costume for Miami carnival.  Once again I didn’t draft a sketch, I just had a vision of what I wanted in my mind and went with trial and error. The first DIY I used a bra and panty, this go round I used a bathing suit and of course a shit load of Aleene's Original Tacky Glue. 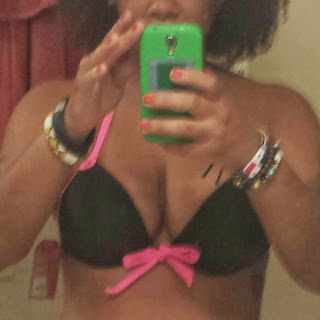 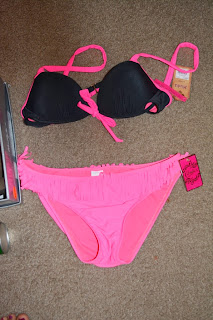 Excuse the cheesy mirror pix and jacked up hair. I didn’t actually plan on sharing these pix when I took em, they were for my own reference so I would remember what the costume needed while I was out shopping.  If I had been thinking I woulda cleaned off the  counters and ish or got my daughter to snap the pix for me.   Anyway, the bra was hand beaded but the belt is "bling on a roll". 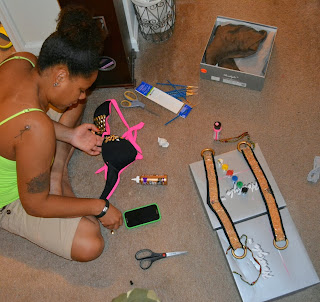 I planned on going with a tiara, but then decided to find a pink hat instead.
Link to Belt DIY blog 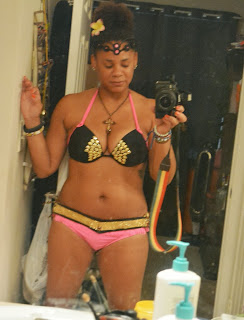 I initially put a beaded fringe on the belt, but wasn’t feeling it and instead got a roll of leather cord, cut it and made leather fringe for the belt. 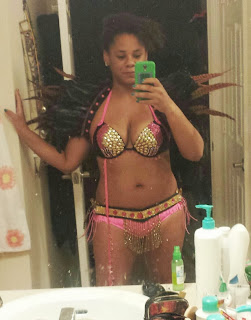 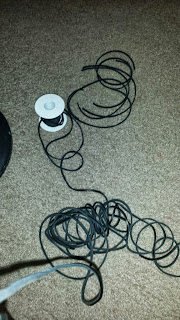 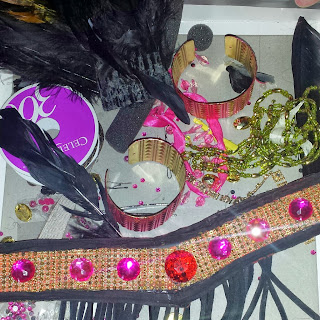 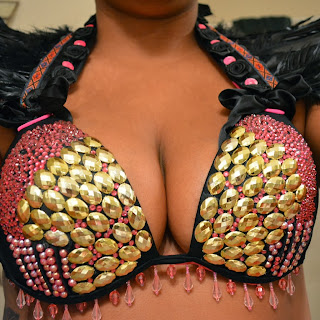 The DIY costume is complete with some DIY carnival boots.  I initially spray painted the boots pink, but didn’t like the color and put on another layer of gold glitter paint, then glued left over stones in random places.  Nothing fancy!  And thats is Ta-Da!!! 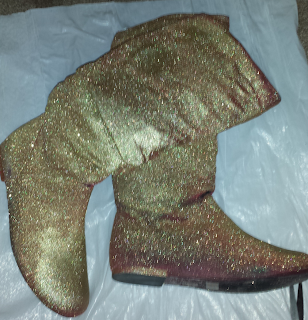 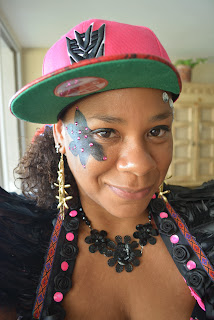 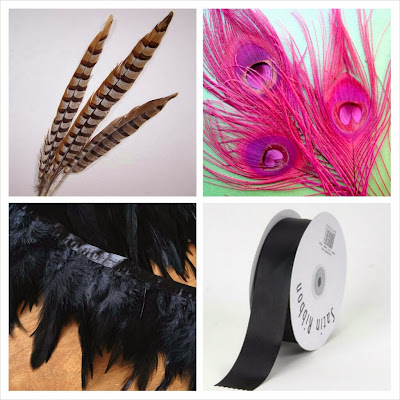 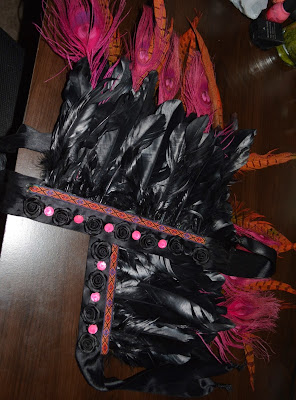