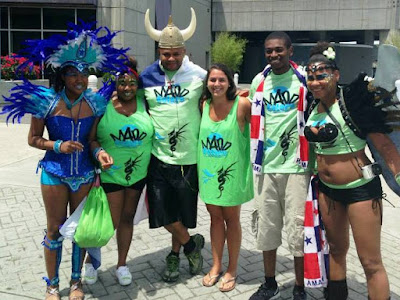 *whew* what a frekkin blast.
Carnival kicks off the weekend before Memorial weekend with the Kiddie Carnival and then Cooler fete.  All I can say about cooler fete is it was PURE Madness.  There were so many casualties and so many “in ah mess” moments.  Most of us did something regrettable that night that we shall never again speak of.   I’m too embarrassed to even list any examples of what MIGHT have went down. 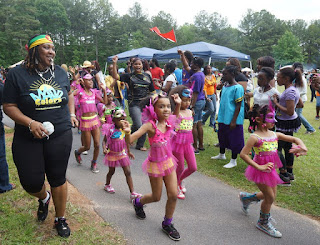 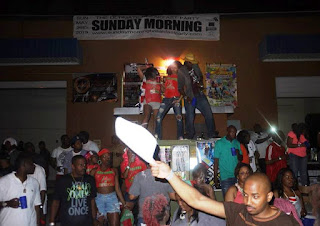 Carnival Wednesday – Beenie Man was in town and there were a few other events.  For the life of me, I just can’t remember if I went out or not.  There are no pix on my phone so I must have stayed in, but I do recall discussing possibly going out with the homies. *Kanye Shrug*


Carnival Thursday – although there were great options such as Bunji Garlin or Destra and both with open bars, I decided to keep it low key since I had to go to work Friday morning. We hit up Flag Party and let me say, Flag Party use to have carnival Thursday on LOCK, but that is no longer the case. But I’m glad I went there because if I woulda did Bunji or Destra I likely would not have made it to work the next morning. 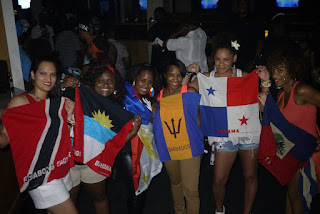 Friday there were two day parties, but after work I hit the liquor store and then took a nap to stockpile some energy for the weekend. 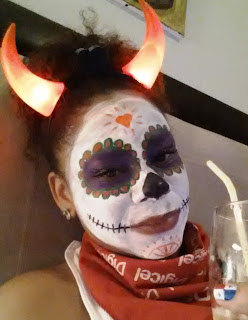 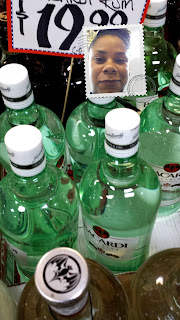 Friday evening was jouvert.  Some people were silly and went early… have they learned nothing about dealing with Caribbean people?  When they say 11pm EST what they really mean is 11pm PDT, please add 3 hours to whatever time a Caribbean person quotes you. We get there and people are vex about event not starting.  Complainers kill vibes, please have a drink of rum and chiiiiiill!!! So we proceeded to throw an awesome parking lot fete which included chunes by DJ Private Ryan, shots of Bacardi, and lots of powder!!!  We went into jouvert around 1am, feelin nice and had the time of our lives.  Some of the other homies went to see Kes instead, heard it was niiiiiice. 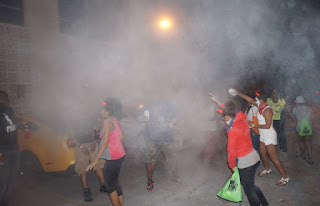 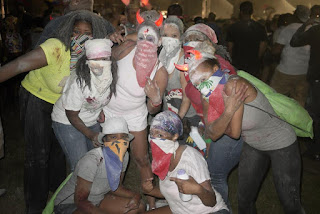 Saturday on the road with Madd Colors.  As with Jamaica I decided to design my own costume, well this one was 5% t-shirt section and 95% Design by Panama. 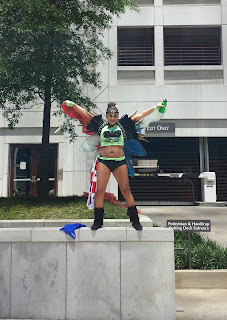 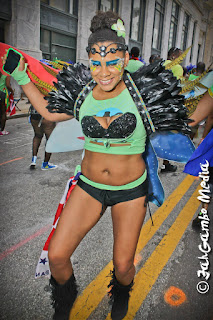 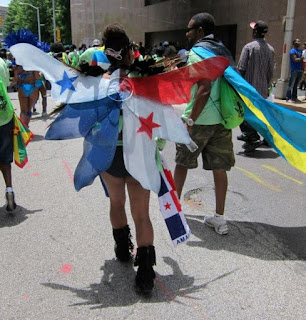 They said to arrive at the parade route at 10am so I added my 3 hours and arrived at 12:30 (I was actually 30 min early).  Atlanta had a new route this year and I was absolutely loving it… except for the ending that was a hot motha frekkin mess, but I was pretty intoxicated and tired by then so I really didn’t give a sh*t.  Hopefully the carnival committee will get their lives together next year and resolve the issues cause a lot of people were pissed the *BEEP* off. I was pretty sure there was gonna be a riot in the streets.  But then again a Caribbean riot might be kinda fun because I’m sure it would include lots of water, powder and paint!!! 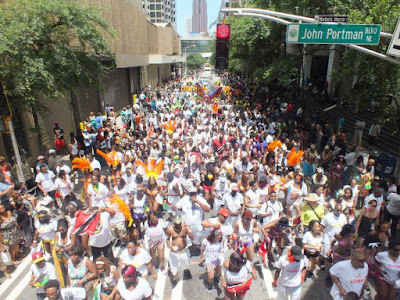 When sh*t goes wrong I move into Plan B mode, I don’t linger dazed & confused in Plan A.   Everyone was wandering around vexed and looking for the food trucks and carnival entrance.  I took a powernap in the grass, ate some chicken wings from a street vendor and I was brand new!!! 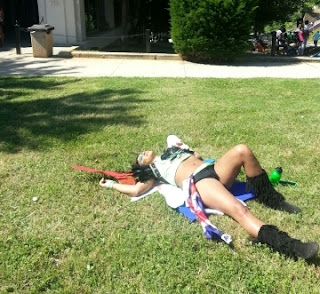 Saturday night – Blaxx cooler fete.  Blaxx was the only artist event I went to although I didn’t really see Blaxx.  It was an indoor/outdoor venue and I didn’t want to melt to death in the 100 degree indoor portion.  As with most of the other weekend artists I saw Blaxx at Trinidad and Jamaica carnivals this year so I didn’t mind missing any shows.  This cooler fete didn’t include anyone over drinking and making horrible decisions.  Why? Because we were 1) slightly tired and 2) had much more partyn to do after this fete finish. 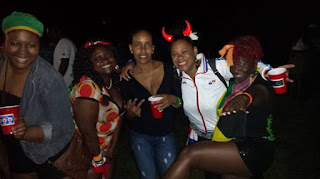 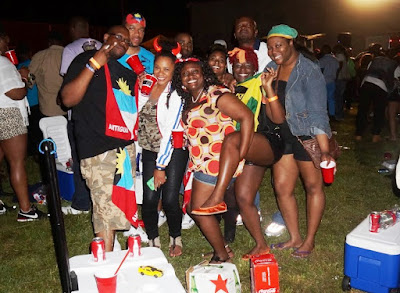 Sunday Morning - from Blaxx we went straight to the Sunday Morning breakfast fete. We probably should have gone home and slept for about 3 hrs cause most people were running off almost no sleep.  Even though we drank like 80 thousand cans of red bull we only lasted until around 10:30 at the Breakfast fete.  By now we have been partyn about 11 hours straight. 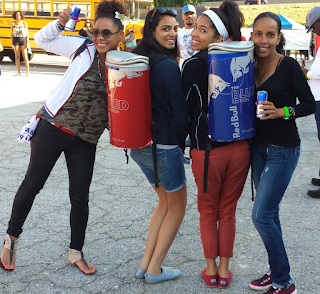 There was a Sunday afternoon concert event and reggae Day Party in the city, but I opted to stay in bed drifting in/out of a coma.  Sunday evening I went to the annual Wear White event.  There was also a Machel Montano performance elsewhere Sunday night so everyone that was at Machel came thru Wear White after.  I was SUPPOSED to go to the Monday Morning breakfast fete, but dammit I was tired and took my ass back to bed. 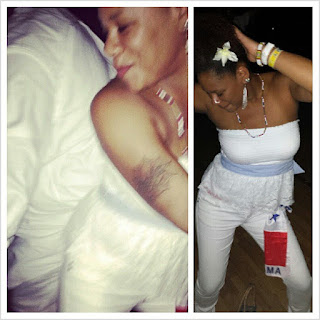 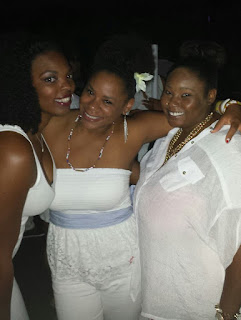 Monday - I was so proud of myself for declining all invitations to get out and about.  But Monday night I was talked into going to a “Last Lap” event. Hahaha these people don’t quit I tell ya!!! 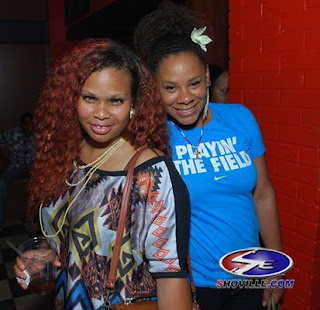 Lastly I leave you with my video recap of the awesome weekend with my homies!!!  See you next year!!!