Haven’t been back to California in almost 5 years. Shame shame shame I know!!!   Cali is the first US state I lived in so it holds a special place in my heart.  I didn’t see any of mi familia this trip & I know they are probably cursing me.  So sorry, hopefully I will be back soon.  I did however see my peeps & drink, party, drink, shop, drink, explore, drink & take lots of pix!!!  (You probably remember my homie Amber from the Bahamas Blog) 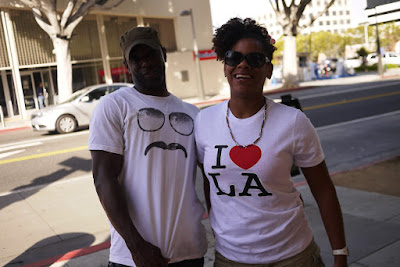 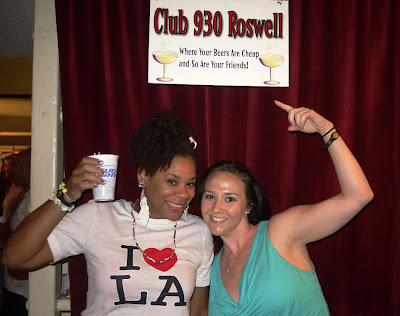 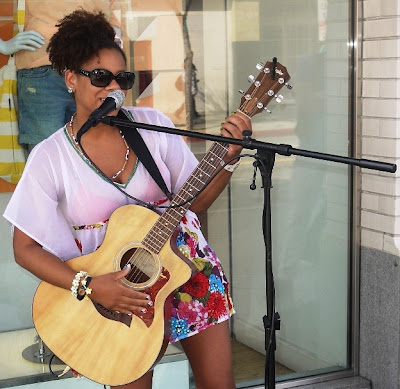 We were walking thru downtown Santa Monica thru The Promenade. I am ooooohh aaaaahh'n about all my favorite stores like NIKEtown, TJMaxx & the Converse store and then we come across this guy singing a cheesy song that no one was really paying attention to.  Like a little kid I start jumping up & down saying, "I WANNA DO THAT!"  So I give the guy a juicy tip & he gladly hands over his guitar & mic and TADA ~ Panama Soundwave the street artist is born!!!  ﻿ ﻿ 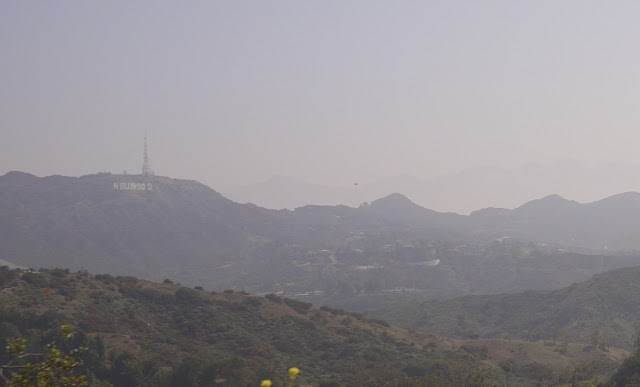 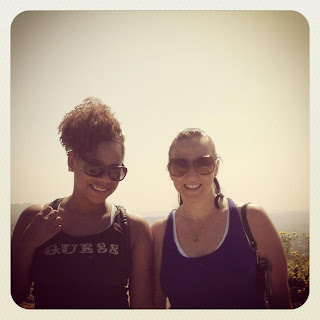 Even though we party'd the nite before I woke up at like 7:30am Cali time, so we headed off to climb Runyon Canyon.  It overlooks the Hollywood sign on one side and downtown Los Angeles on the other.  Great views from the top although it is a beeee-otch gettn up there.  Would have liked to get closer to the Hollywood sign but apparently its illegal to get anywhere near that thing #Sucker MC's!!!  Had to pitstop for a hot a couple times on the way up to get my life together.  Brought the Bose Port-a-Party although we really didnt get the party started like I wanted to.  After the hike we stopped in Beverly Hills so I could have my tourist moment & Amber could hover over a garbage can, blowing chunks, while old ladyz past by & asked, "Are You Ok?" 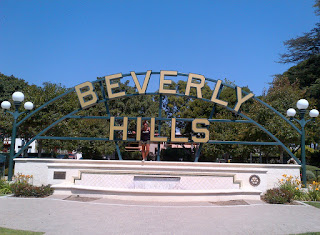 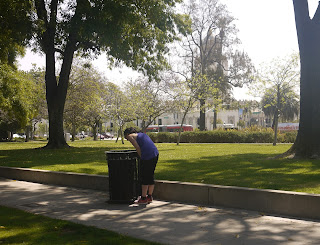 Recap of the nightlife. Went to some clubs in Hollywood & had a BLAST. As is always the case when girls take pix, random guys wanna jump in "Summin summin in a bucket it... F*CK IT!” Saw the biggest street fight I have ever seen.  Like 3 sets of people fighting at once; Guys, girls, & maybe even a monkey (I can’t recall) ten gazillion cops came outta nowhere.  This dude that looks like David Copperfield asked Amber to put on a creepy mask & take a pic with him... she obliged.  My stickman tattoo had an admirer; I got to take an awesome pic with Bumblebee. Randomly decided that we needed a photo in front of Ozzy Osbourne's star. 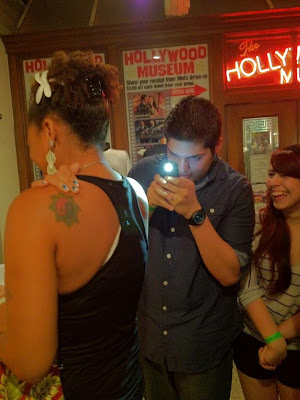 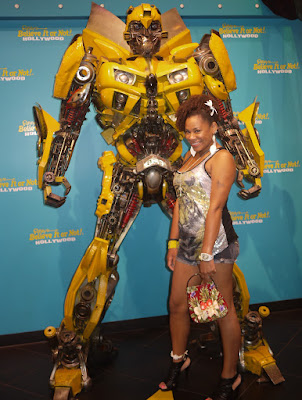 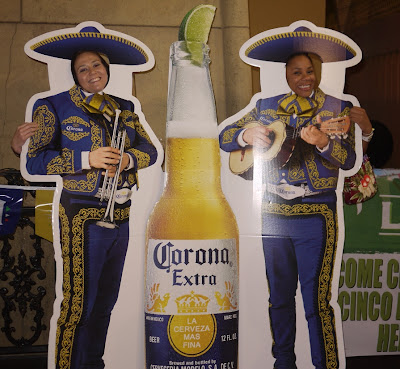 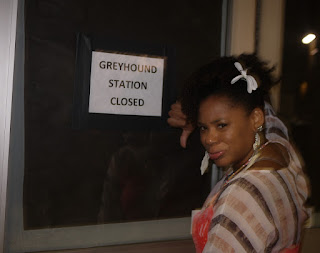 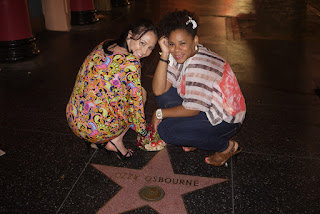 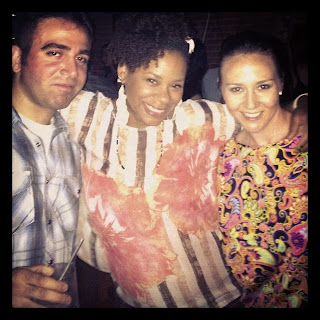 The fan-tab-ulous "mimosa with a spash of rum" breakfast we had on the patio.
The Bose Port-a-Party blastin while we toasted to Loving Life!!! 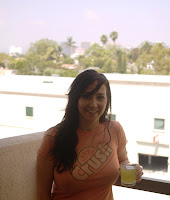 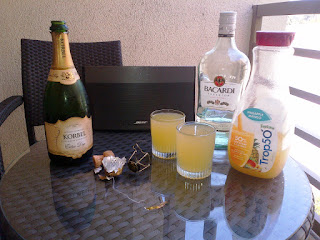